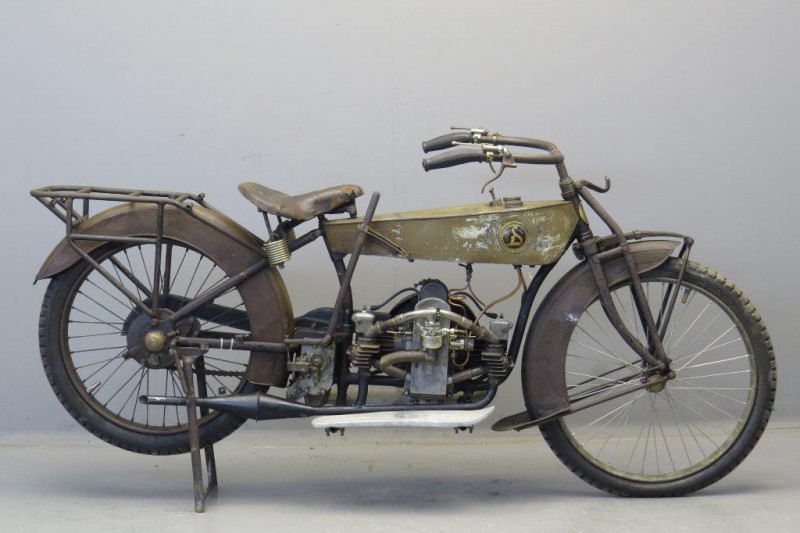 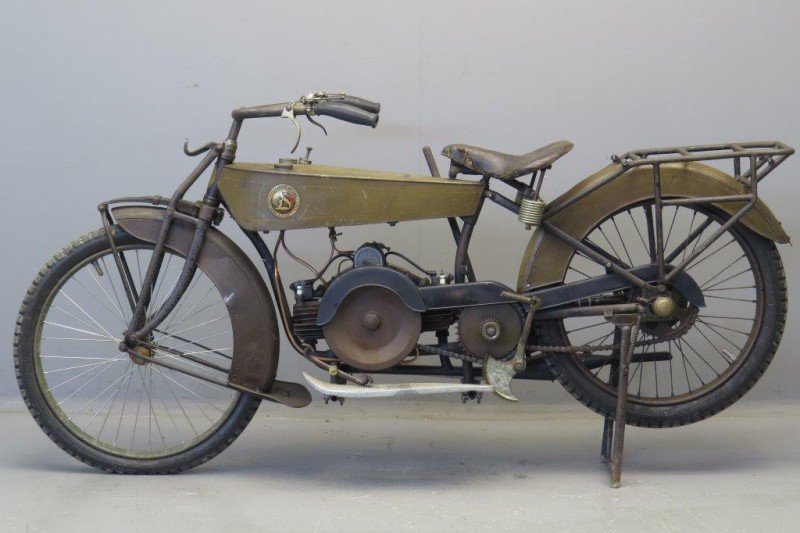 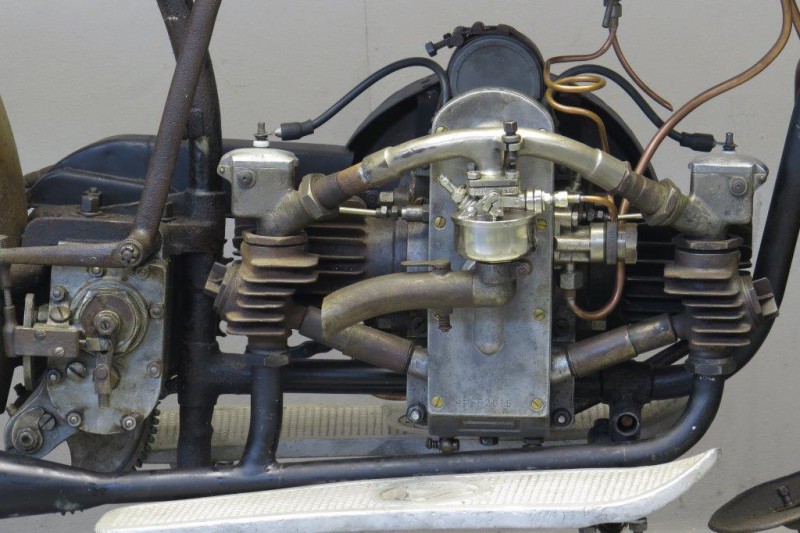 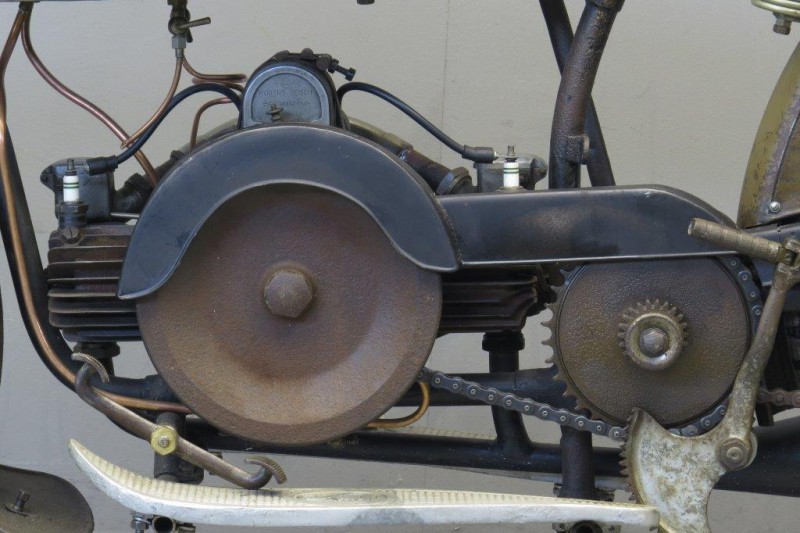 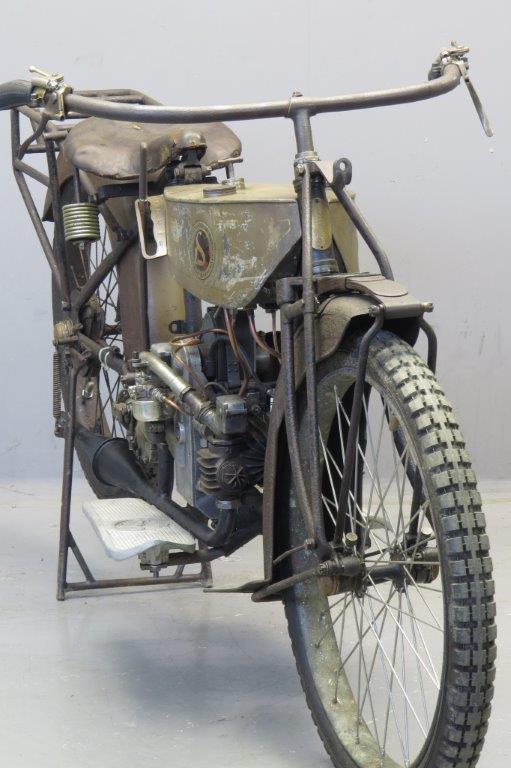 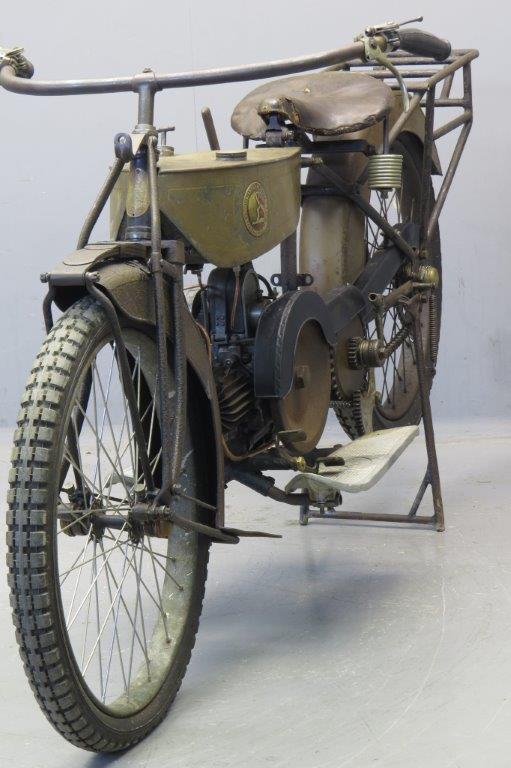 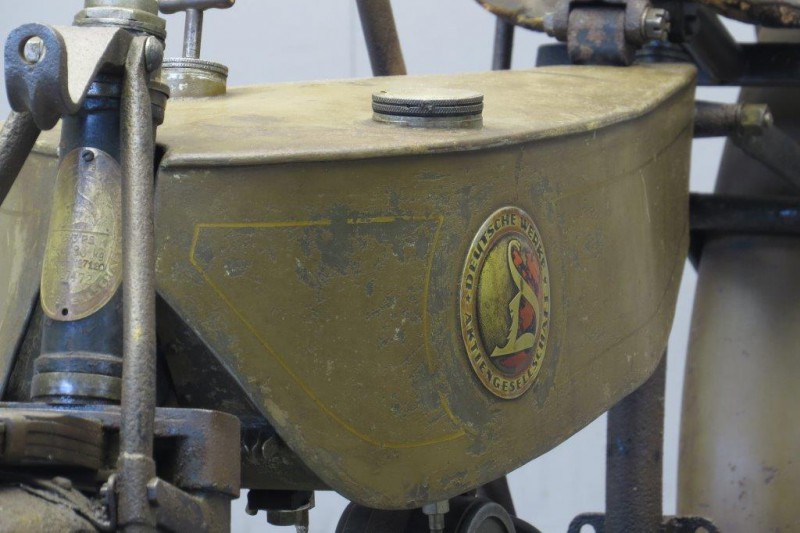 D-Rad motorcycles were produced  between 1921 and 1933 by the Berlin-based Deutsche Industriewerke and designed by  engineer Christiansen.
The machines were nicknamed “Springboks from Spandau” and constitute the archetype of 1920s German motorcycle design: sturdy, strong and well-built.
This  “M24” is  one of the more elegant designs of D-Rad and technically very interesting: at first sight the engine could be mistaken for a Douglas clone, but a  more close look will reveal an overhead inlet valve configuration. Bore x stroke  are 61 x 67 mm, engine speed is  1500 rpm, cruising speed amounts to   a leisurely 65 kilometres per hour, with a petrol consumption of  about 3 litres per 100 kilometres.

This rare unrestored  M 24 weighs 85 kilograms and  has automatic engine lubrication and a three speed gearbox  with foot operated clutch. There are two independent brakes on the rear wheel, an  internal expanding device  with foot control and an  external contracting band brake  with hand control.
Ignition is provided by the ubiquitous Bosch and  the mixture is provided by a Pallas instrument.