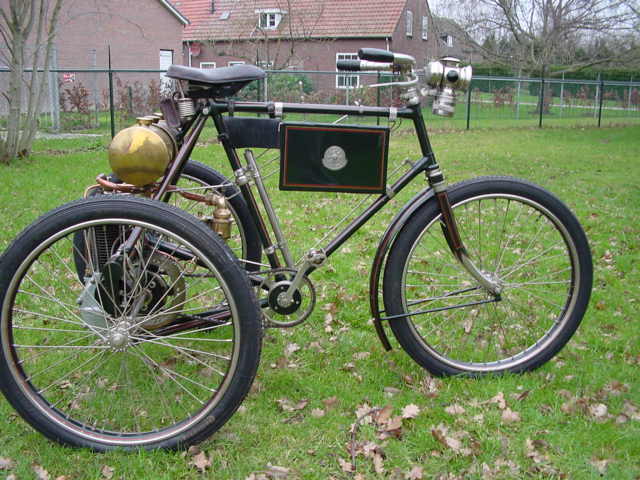 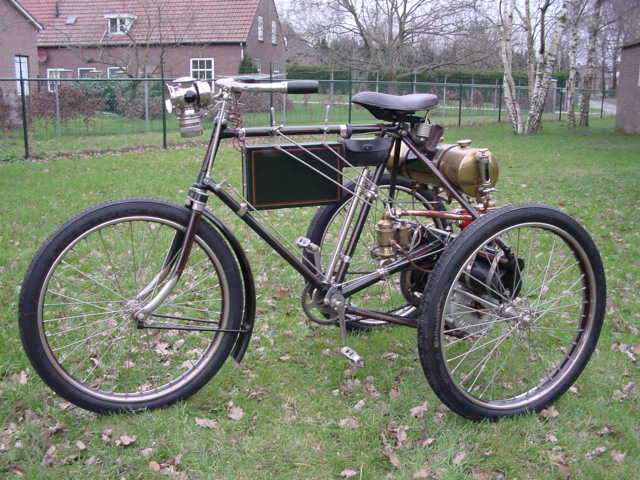 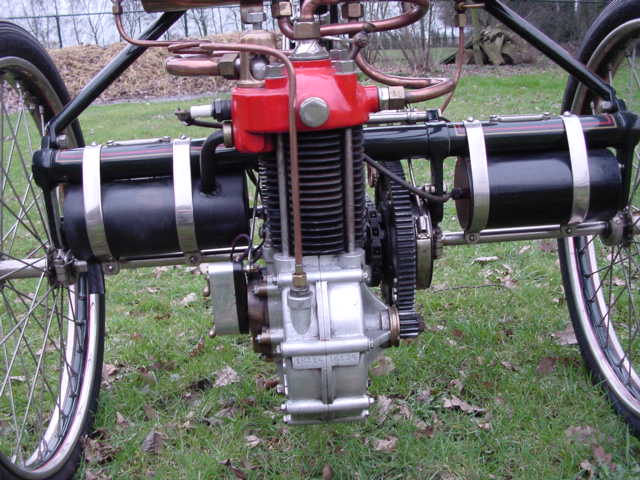 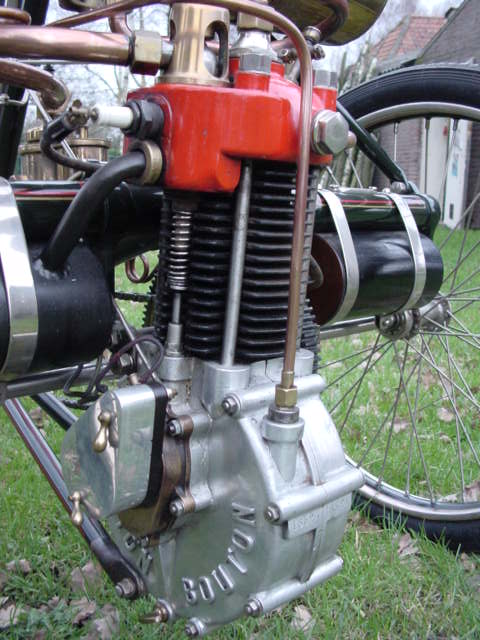 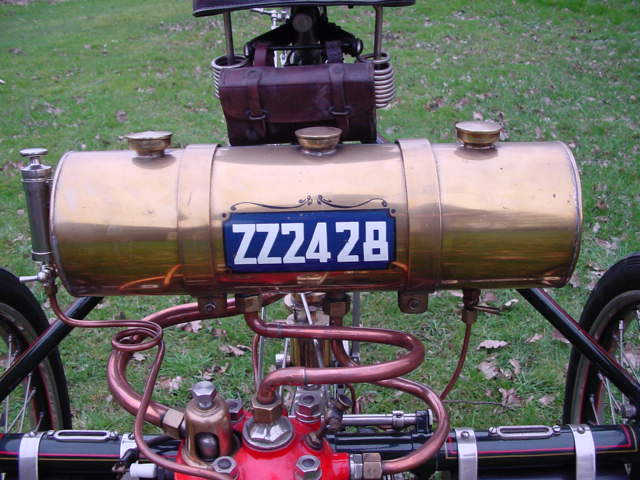 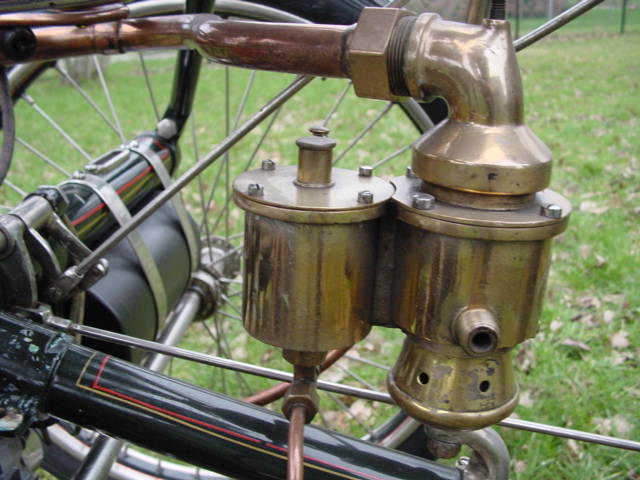 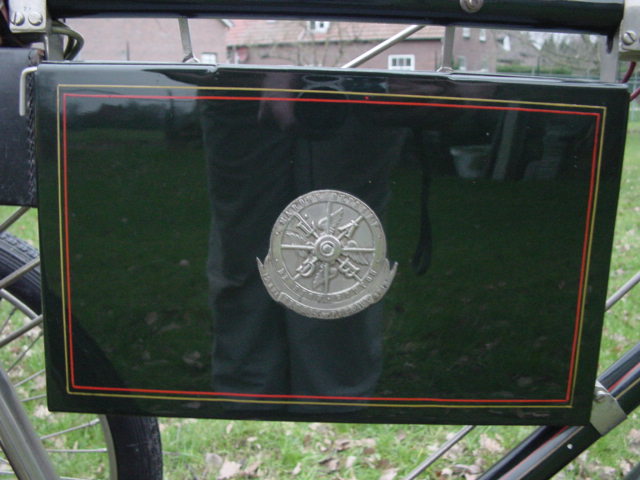 At the end of the 19th century many small scale manufacturers took on the successful De Dion Bouton concept to construct their own tricycles.
This particular De Dion Bouton probably is the sole survivor of the tricycles built by Mr. B.A. Janssen in ‘s-Hertogenbosch, the Netherlands. Mr. Janssen was a pioneer importer and manufacturer (assembler? ) of motorcycles, tricycles and light automobiles.
This machine spent a substantial part of its life in the well-known former collection of the Batavus bicycle factory and after being restored it became an exhibit in Mr. Jonker’s “Automuseum Select” in Joure.
The Dion Bouton engine has a watercooled head with atmospheric inlet valve and mechanical exhaust valve.
Carburation is by optional Longuemare spray carburettor, which is a huge improvement compared to the standard primitive surface carburettor.
The brass tank behind the saddle contains petrol, water and oil.
The “box” between the frame tubes houses the battery. The trembler coil is fixed to the support axle next to the engine.
This machine has succesfully completed the Dutch Horse Power Run and it is one of the most special and interesting early transport veterans.