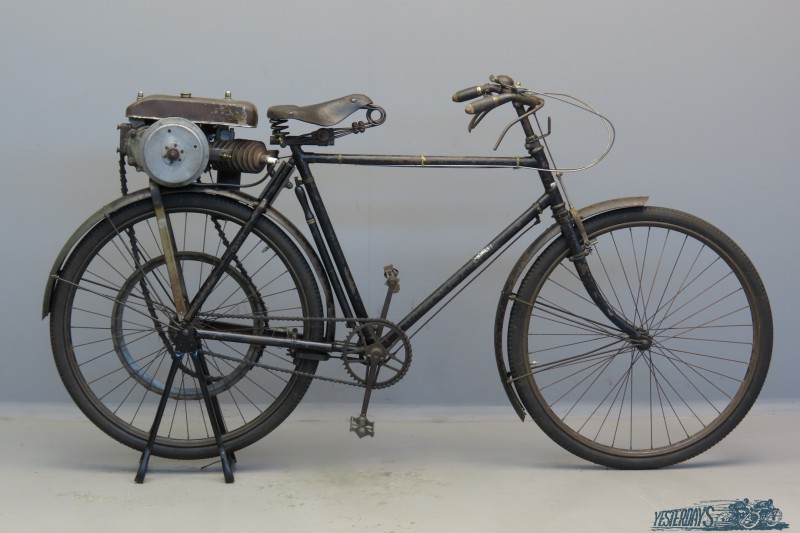 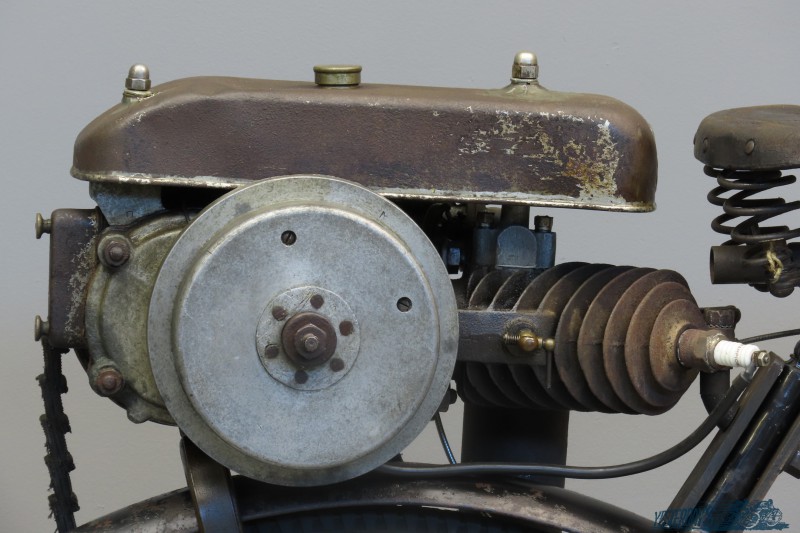 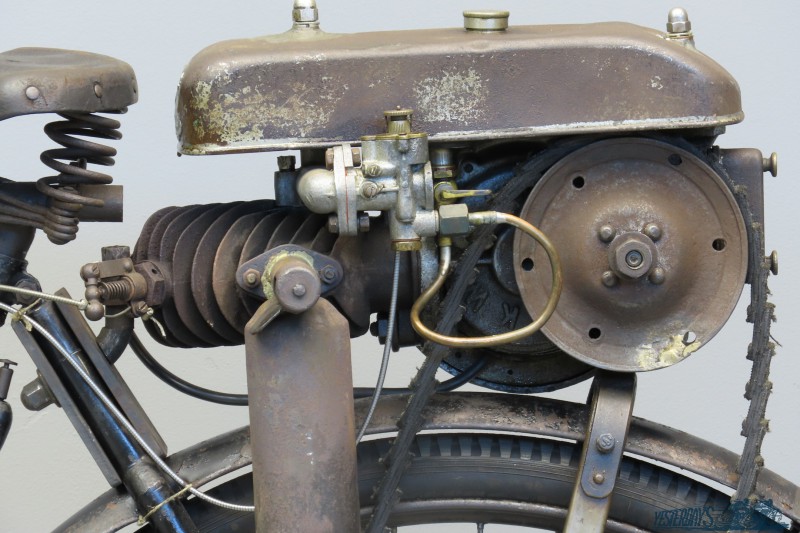 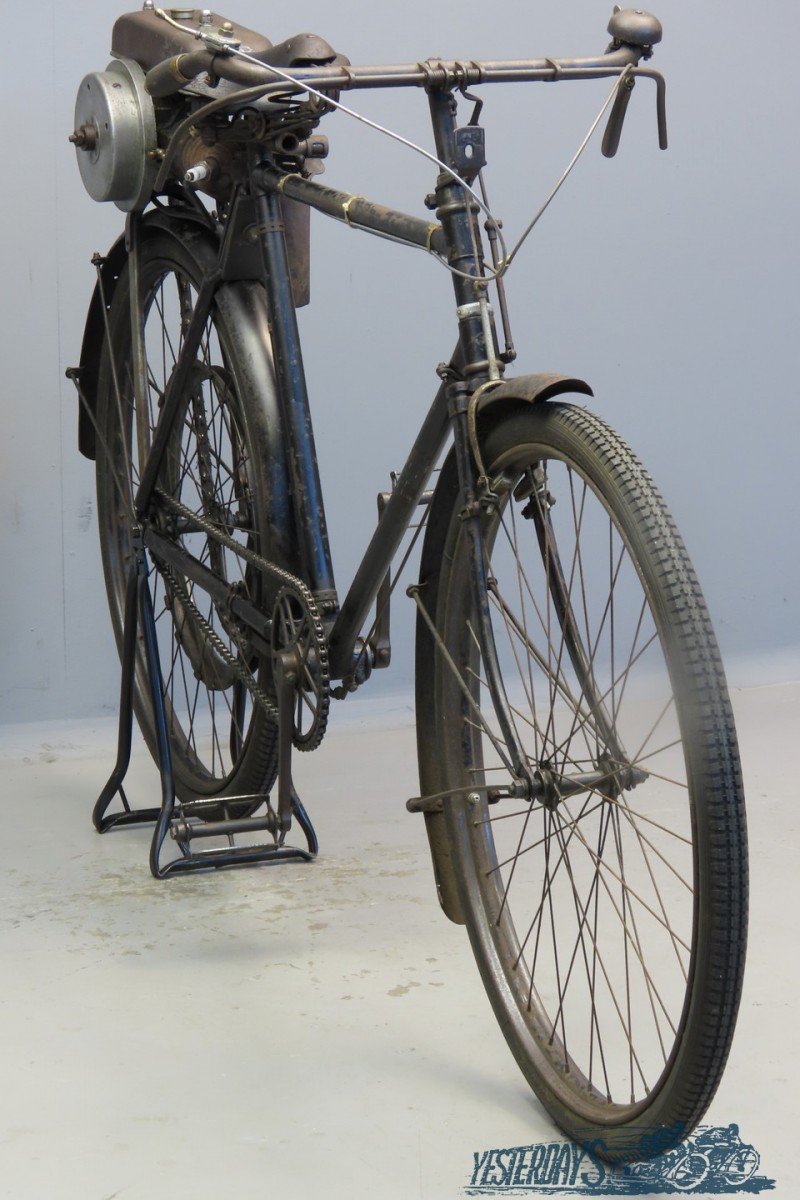 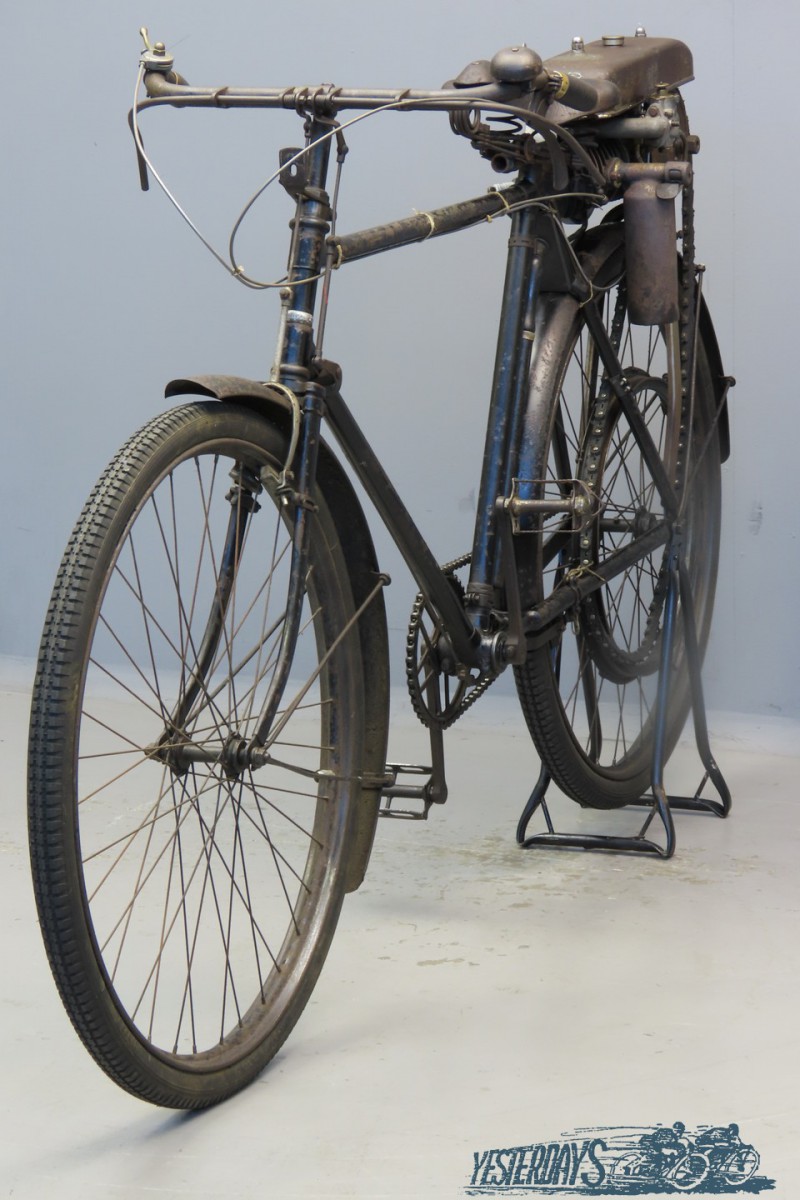 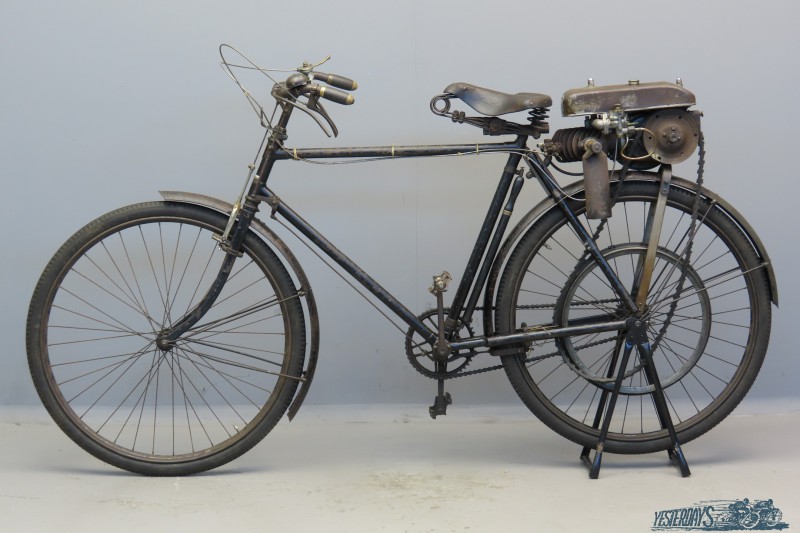 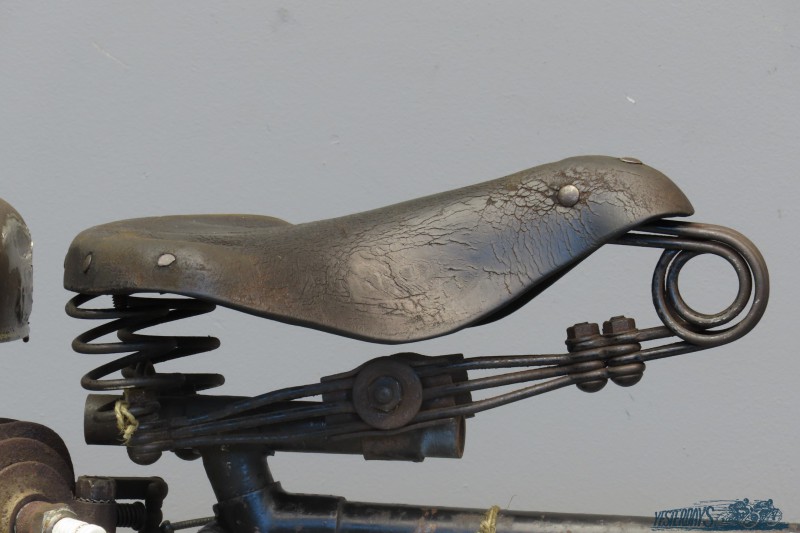 The motorcycle history of DKW, in 1929 the largest motorcycle manufacturer in the world, starts with a 118cc clip on cycle motor in 1919.
This cycle motor can be mounted over the rear wheel of any normal bicycle and drives the rear wheel with a V-belt.
The pulley in the rear wheel is smaller than those of its contemporary competitors, because the engine pulley is not fitted to the crankshaft, but is driven via a 1:3 gear ratio. A floatless carburettor is used.
DKW has used different brands of carburettors over the years such as Tuto, Variat and Adria.
The contact breaker points are located outside the flywheel, under a cover on the back of the engine.
The contact breaker points are controlled via a push rod and camshaft with three cams.
Bore and stroke are 60x50mm and the engine weighs 14kg.
Due to the shape of the tank, with embossed logo, this engine unit is nicknamed “Bettflasche” which translates as “hot water bottle”.
DKW claims a top speed of 40 km/h and the ability to climb a gradient of 10% without pedal assistance and advertises with the phrase: “DKW, das kleine Wunder, fährt bergauf wie andere runter”, which can be translated as “DKW, the little wonder, runs as fast uphill as others run downhill”.
The DKW cycle motor is an instant success.
On June 17, 1922 the 20,000th rolls off the production line at the Zschopauer Motorenwerke and on February 15, 1924, the 50,000th.
This example appeared a few years ago in France, where they were imported by the SIC company, as a separate engine with Longuemare carburettor.
Subsequently, a suitable contemporary bicycle was found and the little engine was fitted and made running.
The non-original Longuemare carburettor has recently been replaced by an original floatless Adria No. 55.
The sturdy bicycle is in good original condition.
This “hot water bottle” DKW runs fine and has a very appealing patina we think.