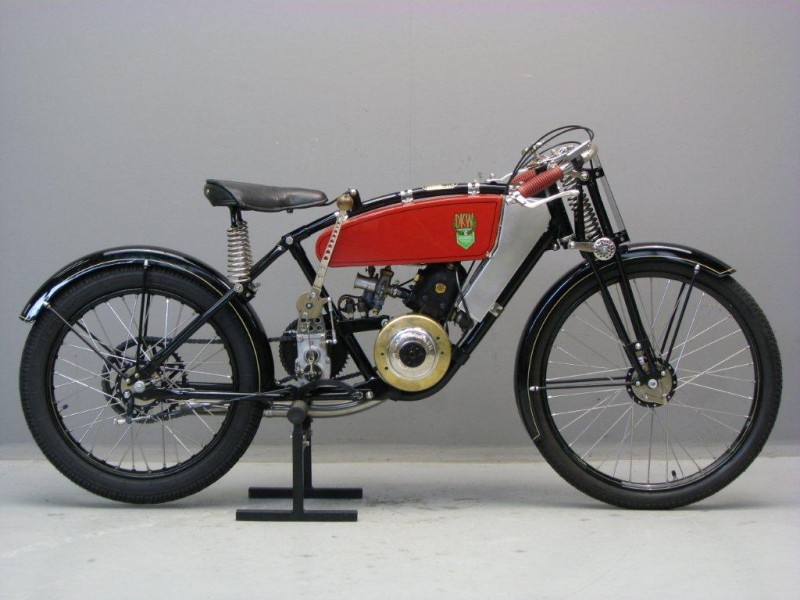 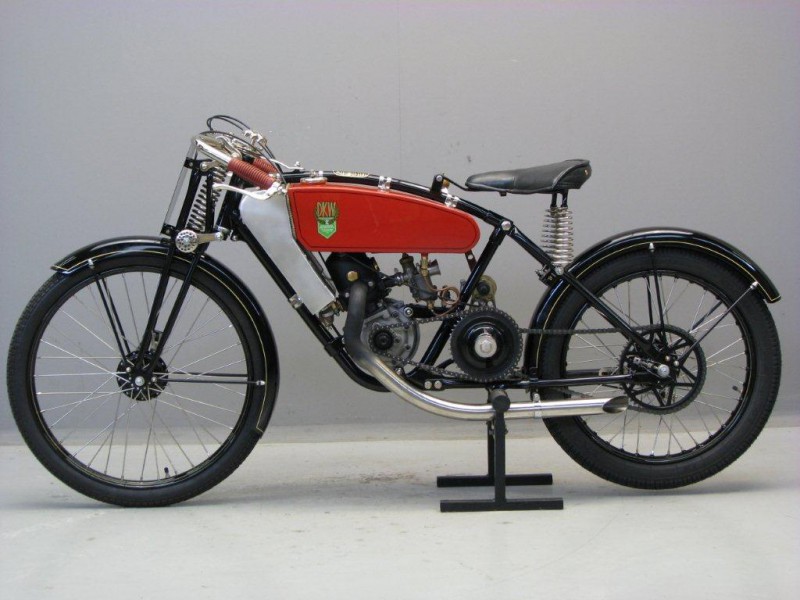 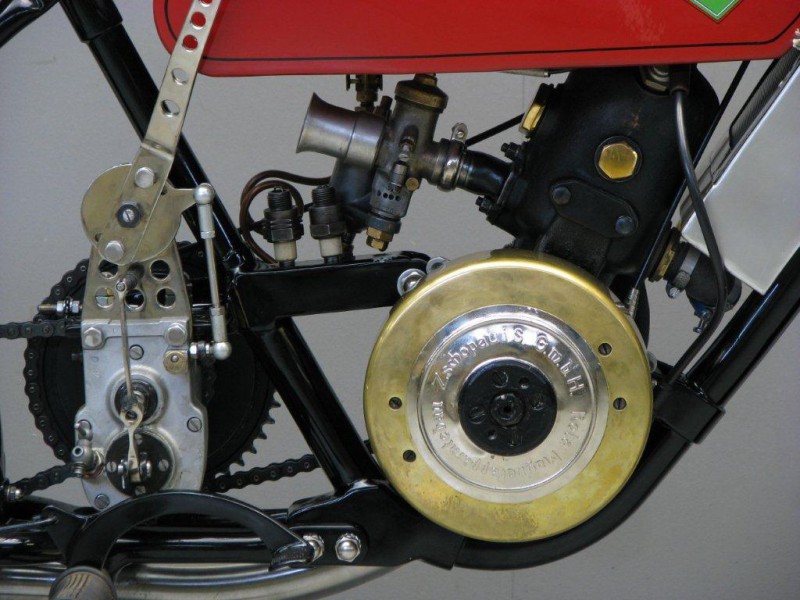 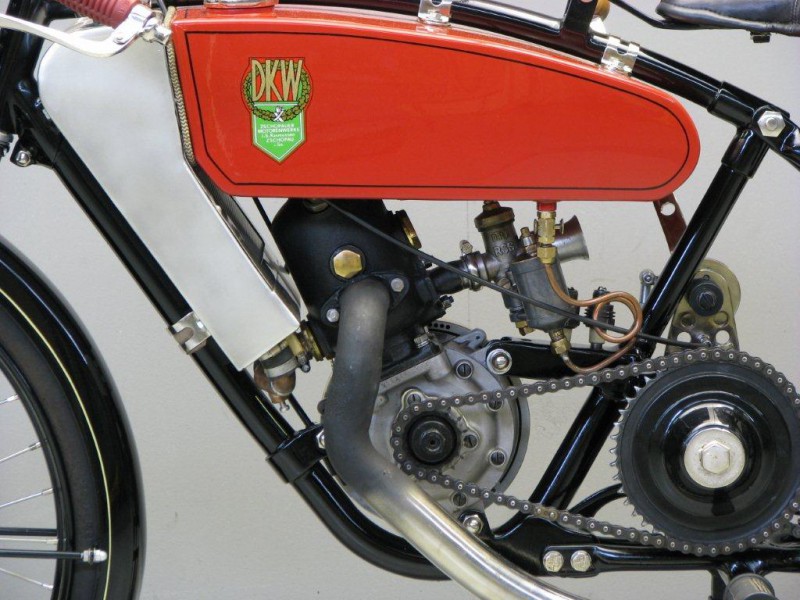 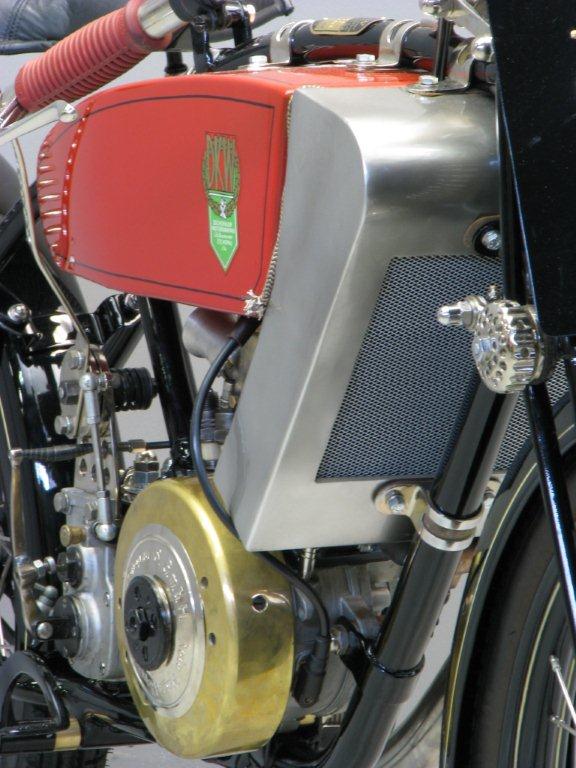 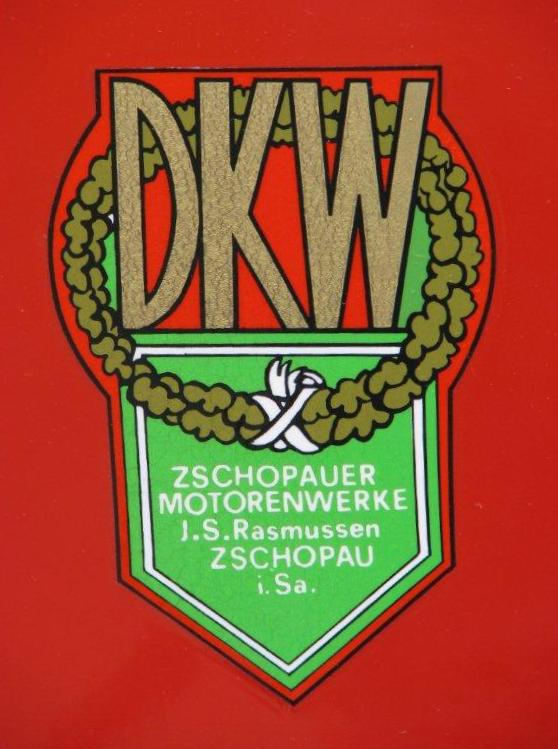 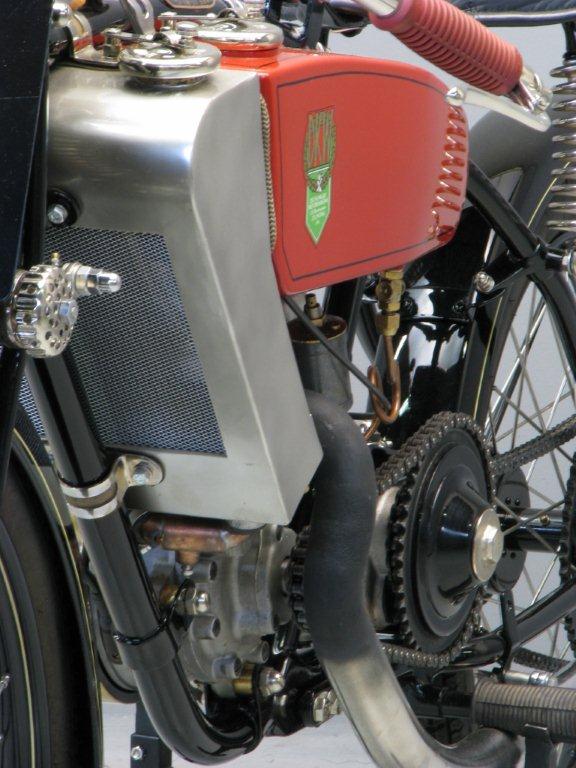 Jorgen Skafte Rasmussen, a Dane by birth, established his first company in Saxony after studying Engineering in Mittweida.
In 1904 he set up an apparatus engineering company in Chemnitz, three years later moving to Zschopau, in the Erzgebirge region, where he began to experiment with steam-driven motor vehicles in 1916.
Although these experiments did not lead to any specific product, they yielded the company name and trademark DKW, derived from the German words for "steam-driven vehicle" (Dampf Kraft Wagen).
After the war, Rasmussen met Hugo Ruppe, an engine designer.
Ruppe created a small, 2-stroke 25cc engine for Rasmussen.
It was intended to be a toy for young boys, and Rasmussen called it "Des Knaben Wunsch," or the "the boy’s wish."
This was the second use of the DKW initials.
The final variation, and the one best remembered today, is "Das kleine Wunder," or "the little wonder." This was the name given to an enlarged version of the Ruppe engine, which was powerful enough to be used as auxiliary propulsion for a bicycle.
In 1919, Rasmussen renamed his firm Zschopauer Motorenwerke and switched his company over to production of gas-powered DKW engines.
The little wonder was a success.
Soon Rasmussens’s company was supplying engines to seventy other German manufacturers, and by 1922, more than 30,000 DKW engines had been produced and Zschopauer Motorenwerke was making its own line of motorized bicycles and motorcycles under the DKW name.
Within four years, more than 50% of German motorcycles either were DKWs or were powered by a DKW engine.
This interesting  and suprisingly fast machine was rebuilt from various used DKW and other parts, along the lines of similar pré 1930 DKW racing machines.