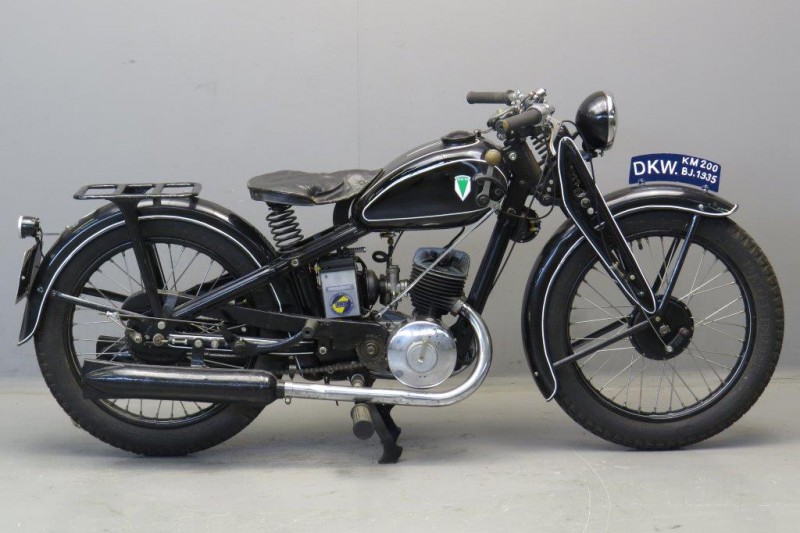 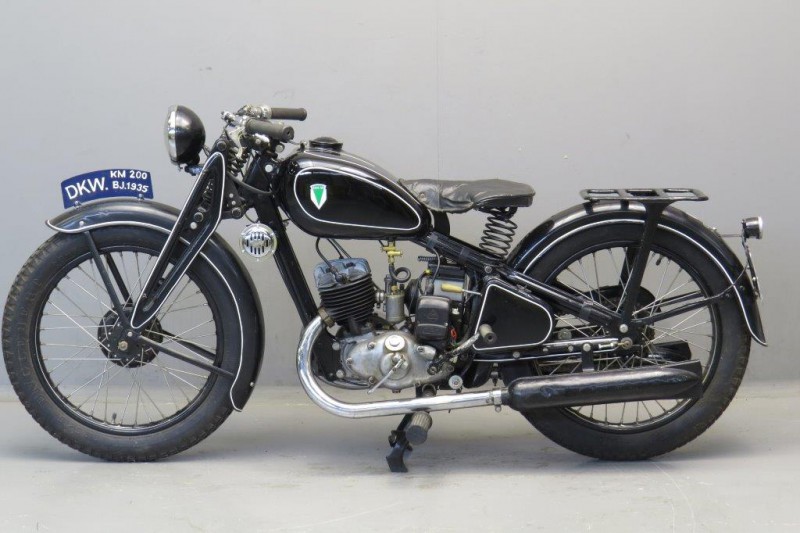 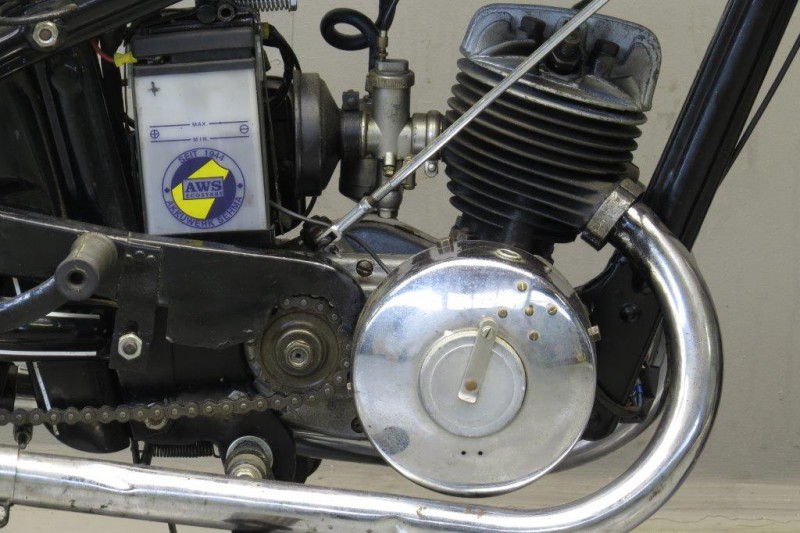 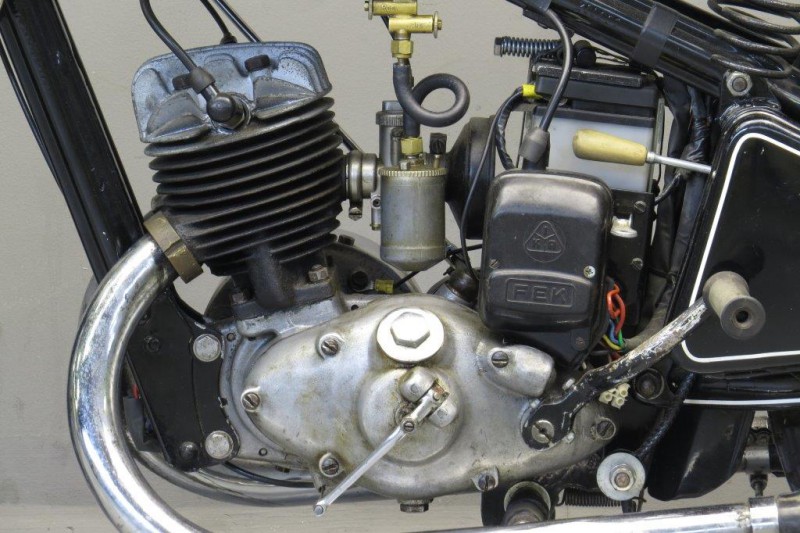 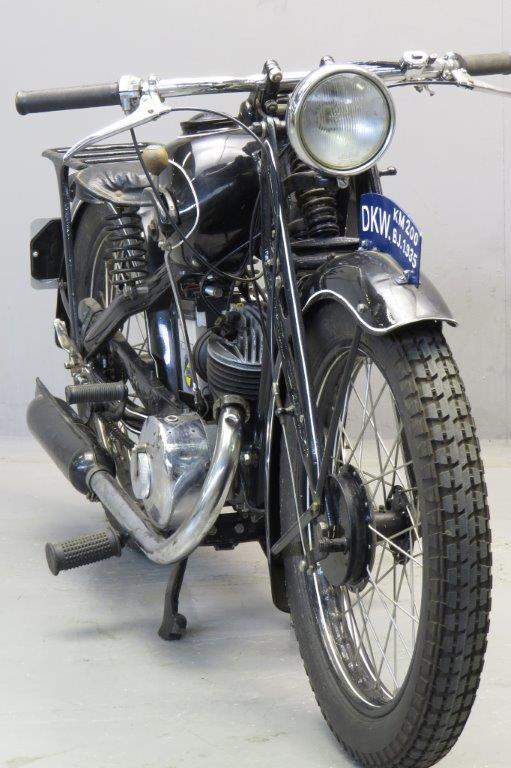 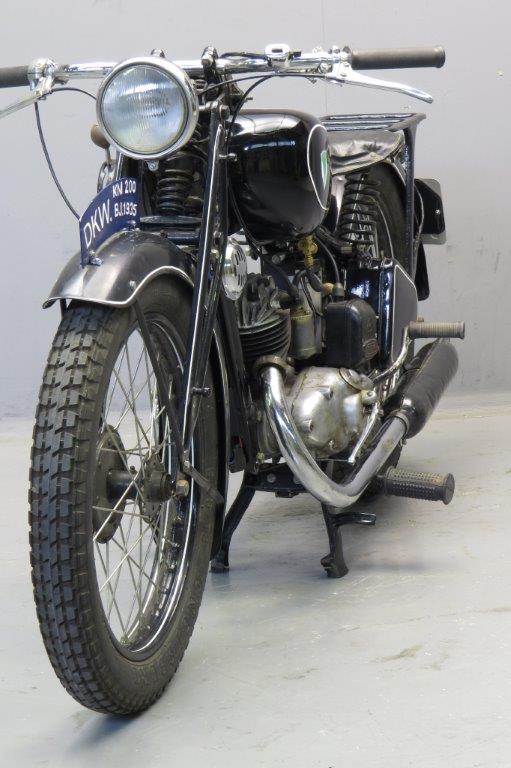 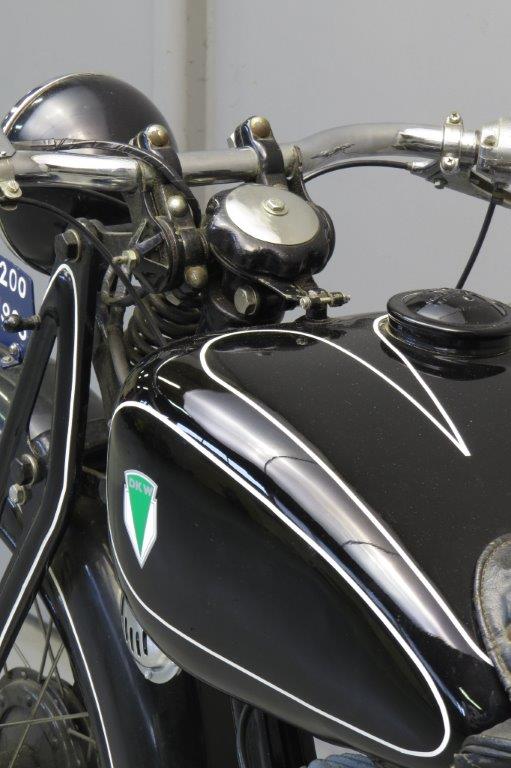 DKW motorcycles from Zschopau enjoyed great success, especially in the 200 cc class.
These models, which were also described in advertisements as "people’s motorcycles", are simple, robust and reliable utility motorcycles.
With the KM 200, concept of the gearbox being block-mounted on the engine was implemented on a low-cost motorcycle.
In 1935 an enhanced version of the KM 200 was launched with a twin-port engine.
In 1936, engine power was increased to 7 hp.
Maximum speed: 85 km/h
Fuel consumption: 3 litres/100 km
Production: 1934-1936 30,400 motorcycles
This DKW KM200 is an older restoration and is still going well.