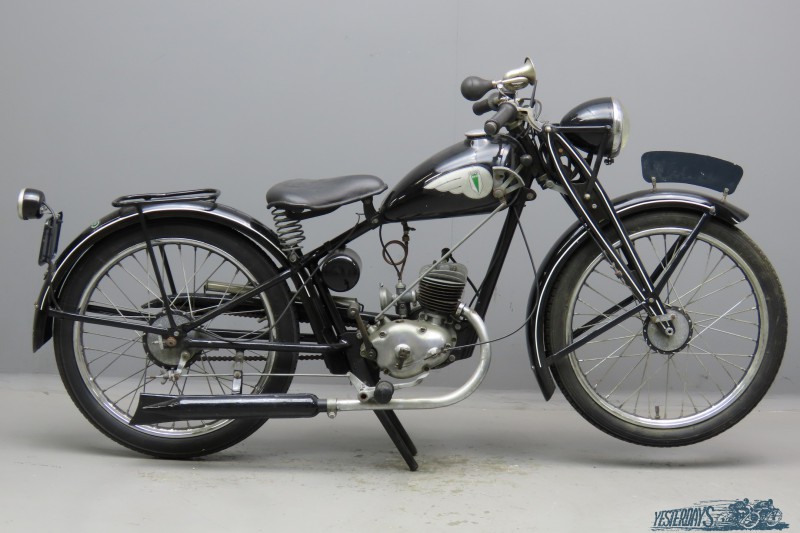 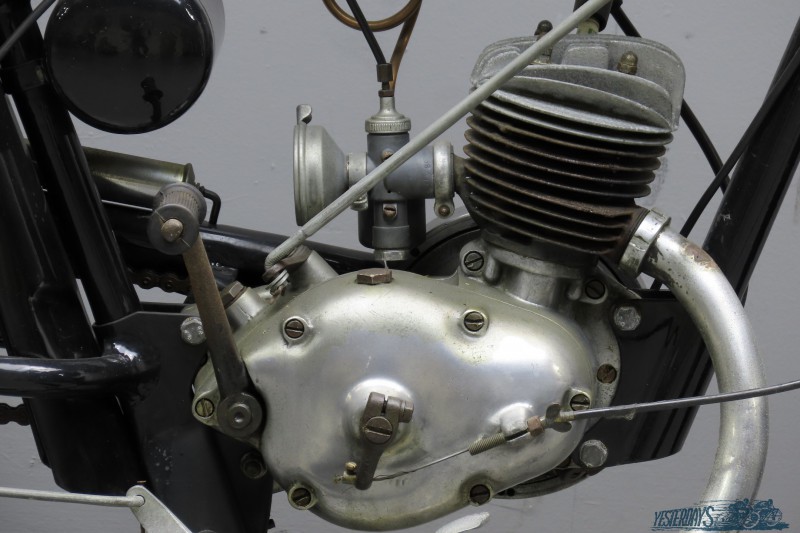 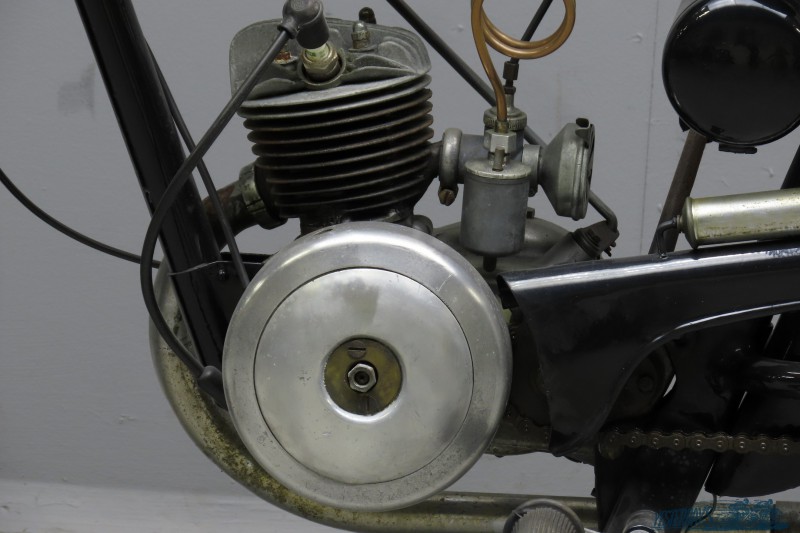 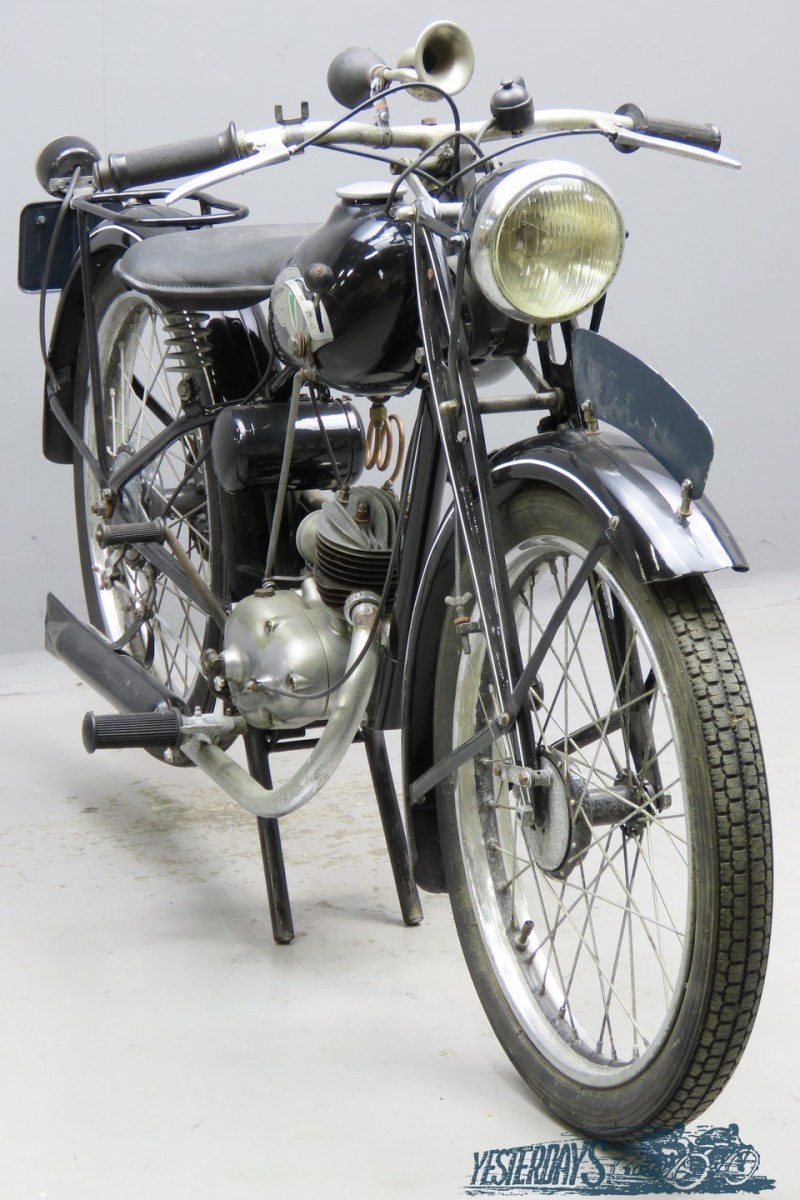 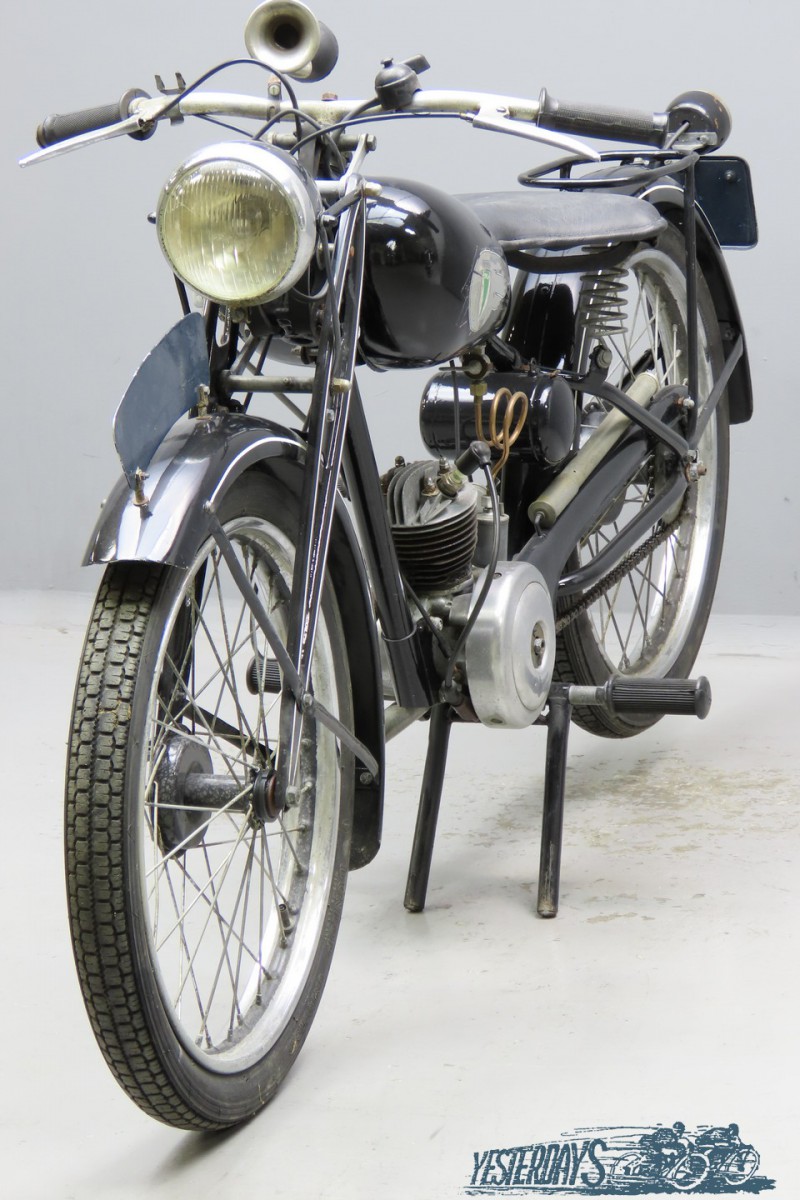 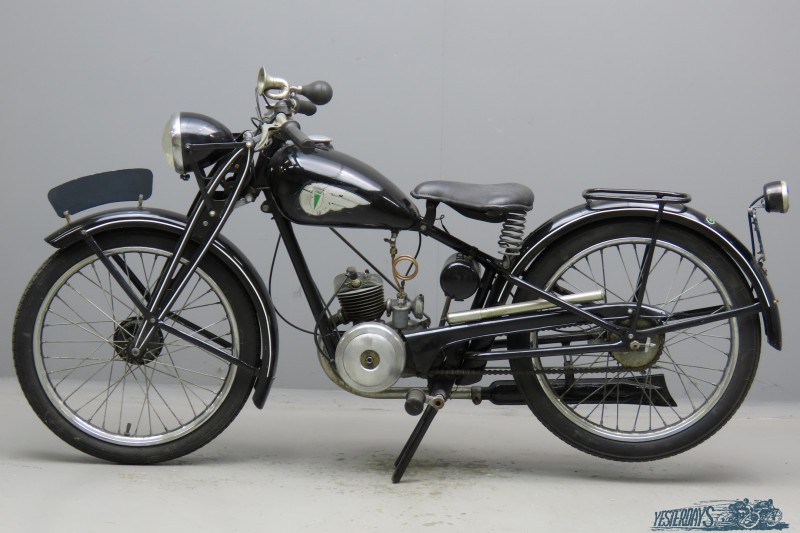 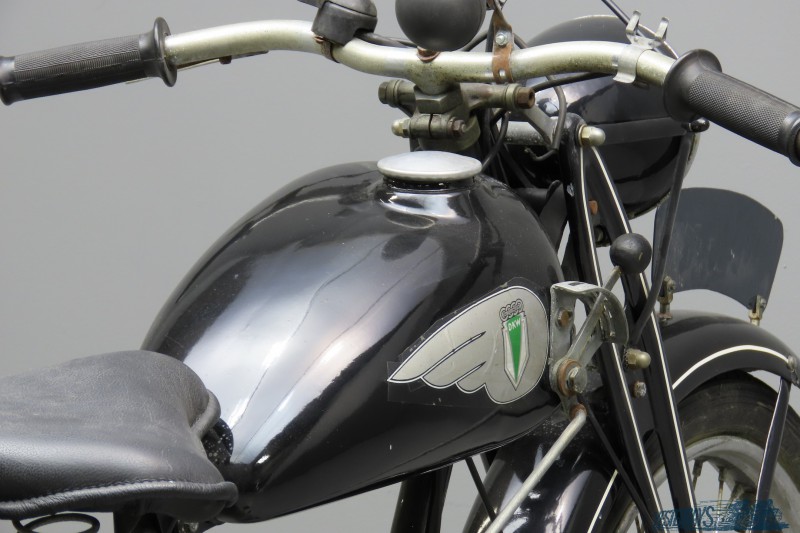 The RT (“Reichs Typ”) was designed to provide cheap and reliable transport for the masses.
But the RT differed from most of its lightweight competitors with ILO or Sachs engines: it was better built, had a three speed gearbox with kick-starter and had surprising power for a 97,5 cc machine.
With bore x stroke of 50×50 mm the power output was 2,5 HP for the first model brought out in 1934.
The actual weight of the machine was only 45 kg and the comfortable cruising speed was 60 km per hour, which was a very decent output on 1934 roads.
A practical feature of this new model was the relatively big sprung saddle, which gave a surprising amount of riding comfort.
By 1936 the RT had proven to be utterly reliable and very economical and even in the very demanding 1935 International Six Days Trial a German RT team had performed splendidly.
Around 10,000 machines had been sold till 1937 when a more powerful version, the “3 PS” was brought out.
In 1936, Dutch lightweight enthousiast Mr. Gerlach went on holiday to Morocco with his newly-bought RT.
He departed from Amersfoort and traversed the Netherlands, Belgium, France and Spain with daily averages between 300 and 625 km.
In total he covered 8435 km with an average fuel consumption of 1: 42.6.
The only mechanical problem during this trip was a loose ignition contact breaker, which was quickly repaired along the way.
From the 1938 model year the wheel size was changed from 26 x 2½ to 19 x 2.50; the rims and tyres became more substantial and the rim diameter changed from 21 inch to 19 inch.
The only other change for this model year was the fitting of a cylindrical toolbox instead of the leather bag that had been used previously.
The little DKW we offer comes with tyre pump and bulb horn.
She has been restored a number of years ago and has since been part of a static collection.
She will benefit from a complete check-over and some love & care to make her a pleasant companion on the road again.