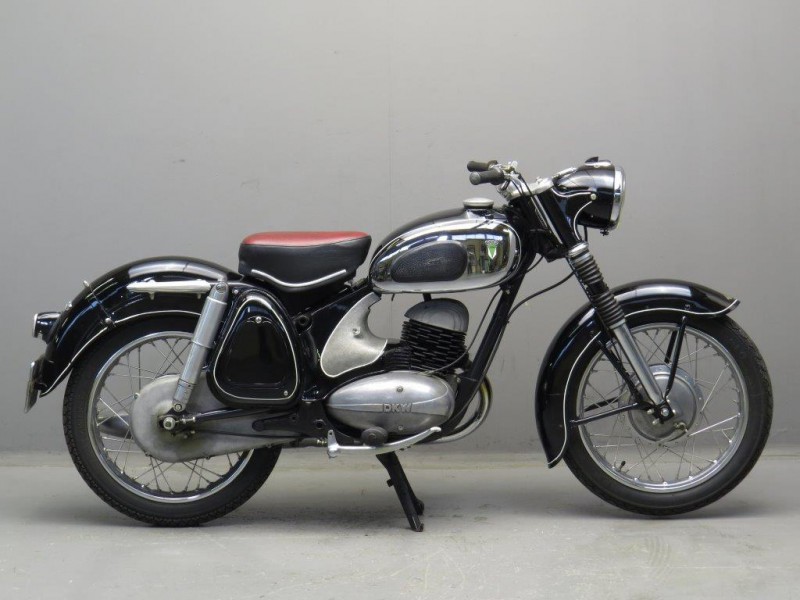 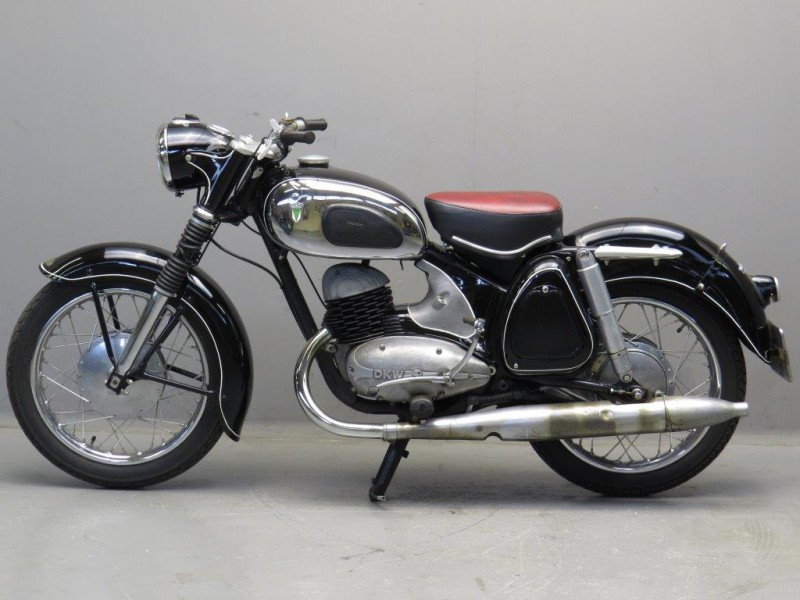 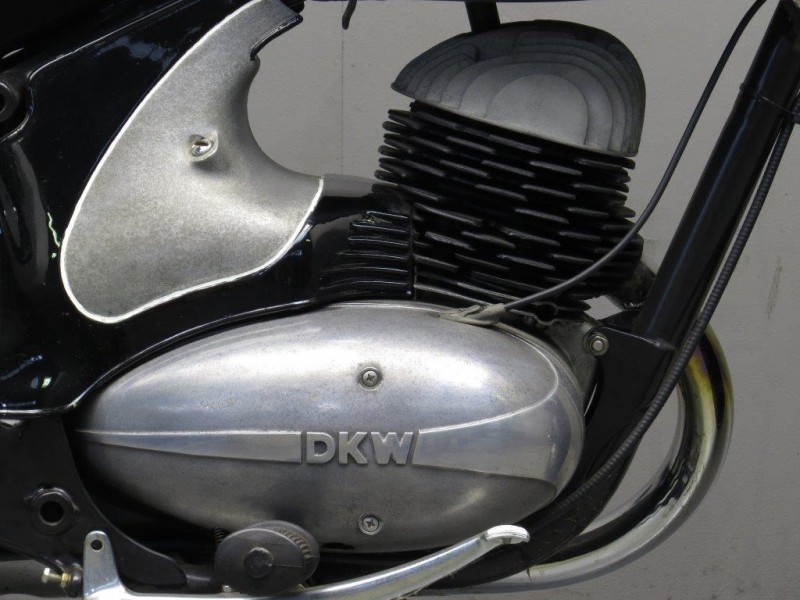 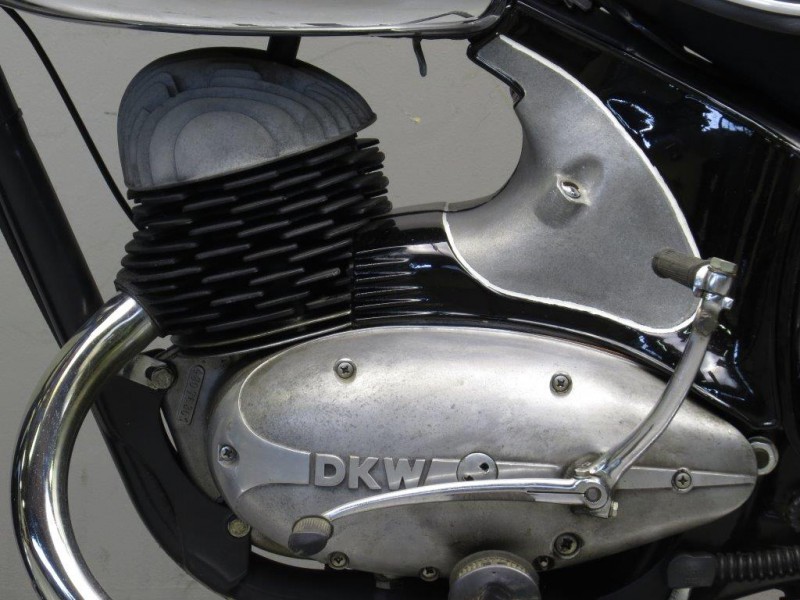 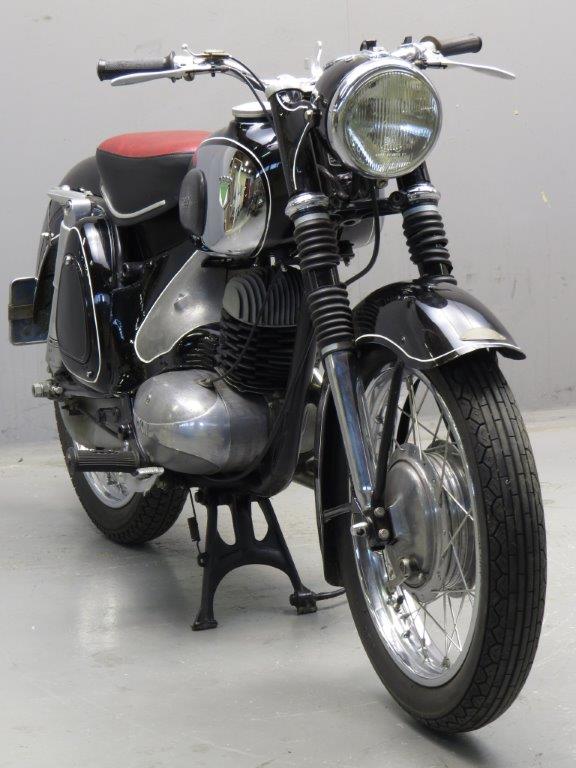 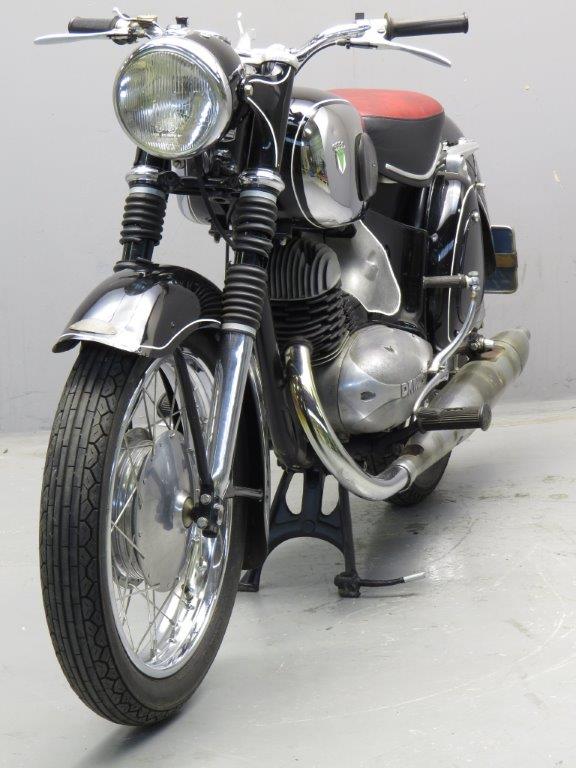 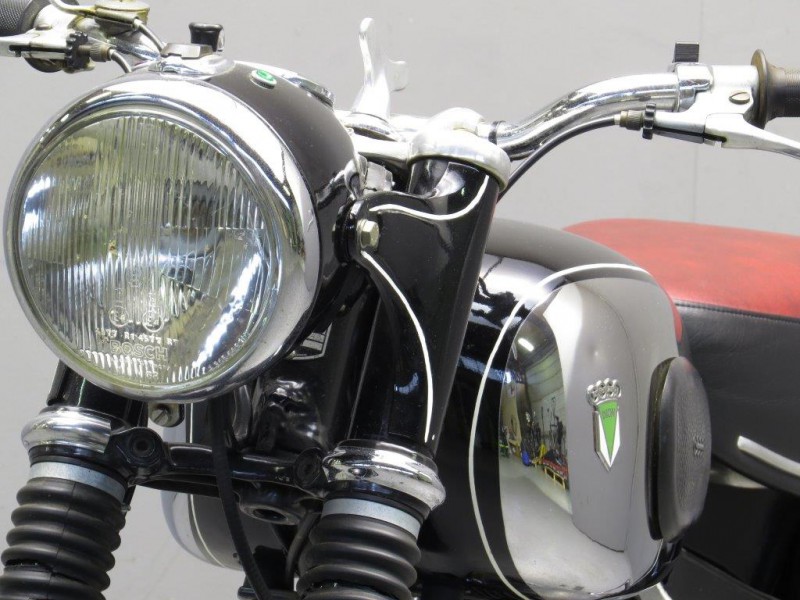 DKW  1956 RT 250 S
Series production of the DKW RT 250 S with swinging arms started in February 1956, after the design had proven itself in the DKW RT 350 S, 175 S and 200 S.
With the RT 250 S the S-series DKW extended the sporty models.
The engine of the RT 250 S with a stroke of 64 mm and a bore of 70 mm is not significantly changed in the basic elements related to the RT 250/2.
The thermal and mechanical robustness of the DKW RT 250 S, as well as the other S models, was well known and they all used the typical  pineapple finned cylinder.
The fuel-air mixture comes from a Bing  jet carburetor.
Cranckcases and crankshaft differ from the model RT250/2 so it can't be replaced with parts of the RT 250/2.
The power transfer from the engine to the transmission is by chain which runs fully enclosed in an aluminium chain case.
The four-speed transmission is unchanged from the RT 250/2.
The swing arm fork design of the RT 250 S, received an update based on the other DKW`s models.
The frame is a rigid tubular steel frame with welded frame joints, which is designed for sidecar use. The progressive telescopic front forks with pneumatic damper and 140 mm of travel was taken from the model RT 350 S.
In the toolbox the spring legs can be adjusted for solo or passenger use.
Instead of the previous 19-wheels, 18” are now used.
The saddle is a foam-padded seat cushion.
The DKW dynamo develops a maximum power of 6 V 50/70 watts.
The DKW RT 250 S is built less than a year, in October 1956, the RT 250 S is replaced by the  RT 250 VS (with front forks swing arms).
The RT 250 S was available in two versions, black for 1,795 German Marks and chrome for 1,875  German Marks.
At the same time more people switched to a car and the motorcycle market collapsed in Germany. Some 3380 RT 250 S have been made.
This DKW RT 250 S is in a good running condition.