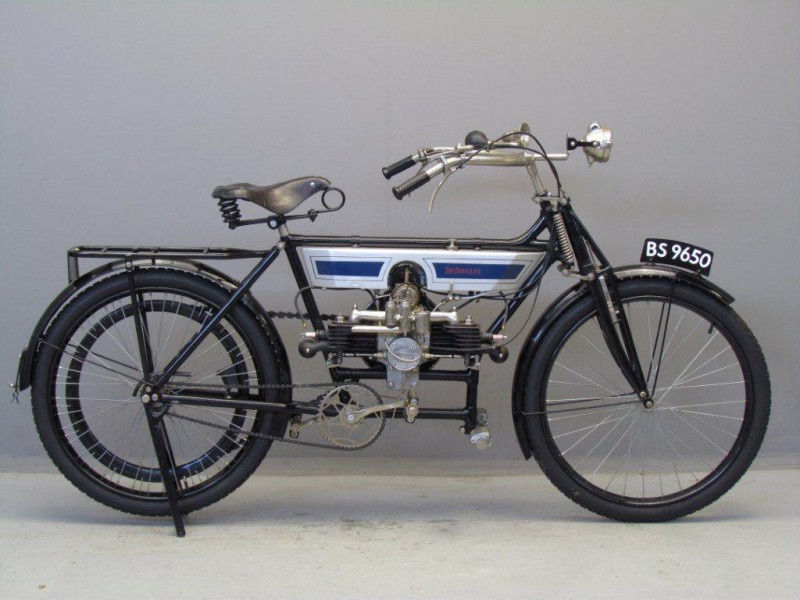 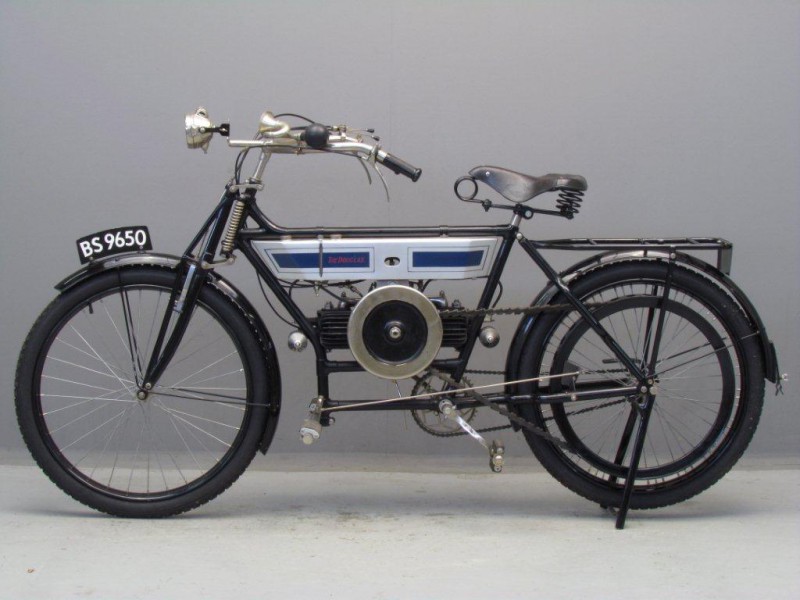 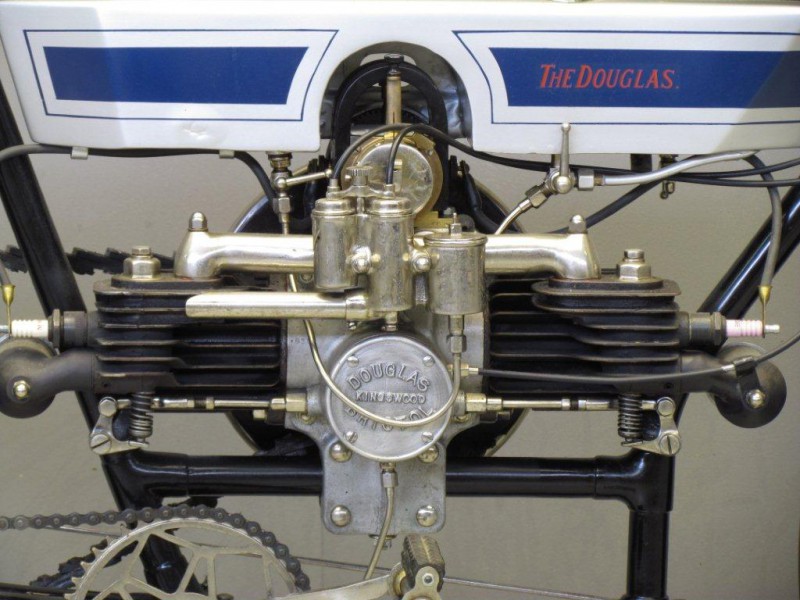 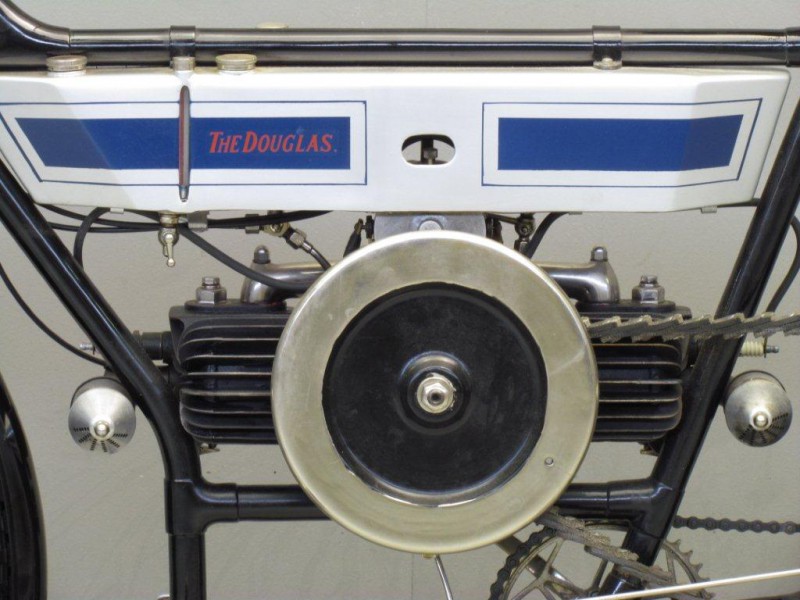 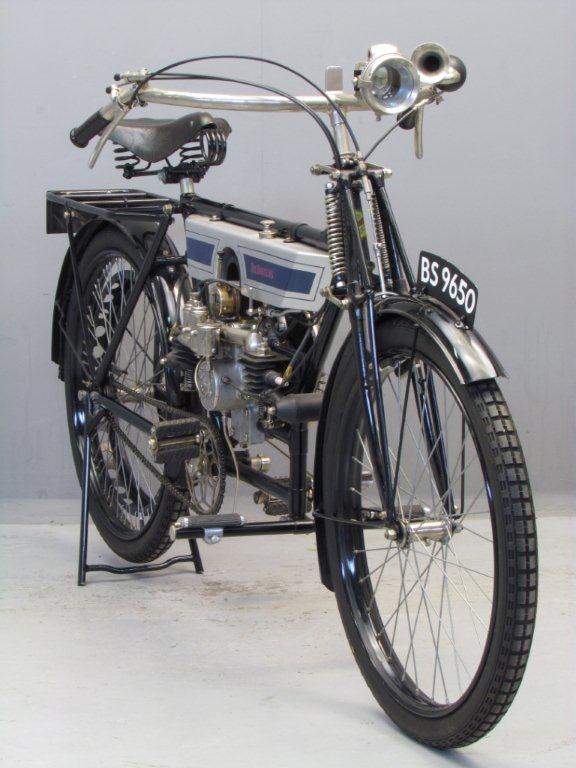 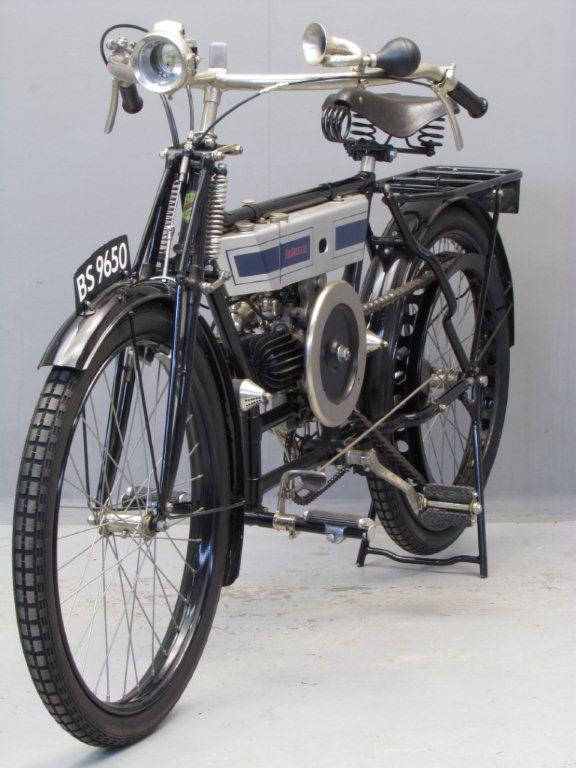 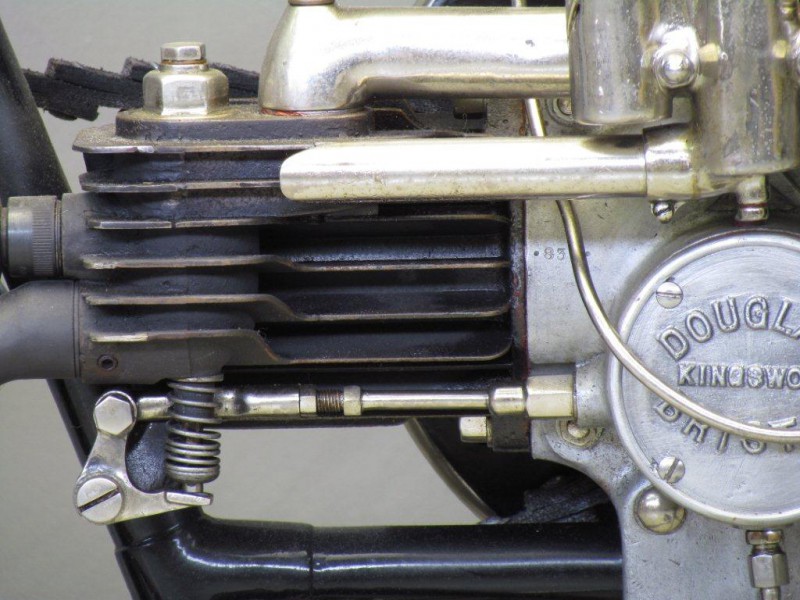 The brothers William and Edward Douglas founded the Douglas Engineering Company in Bristol in 1882.
Initially doing blacksmith work, they progressed to foundry work, and then acquired the flat twin design of Joseph Barter, the founder of Light Motors Ltd.
Barter had produced his first single-cylinder motorcycle between 1902 and 1904.
Around 1905, Barter’s Light Motors Ltd manufactured a 200cc side valve flat twin, clipped into a more or less standard bicycle frame.
This machine was marketed under the  ‘Fairy’ name.  Some parts of the engine  were cast at the Douglas Brothers foundry in Bristol.
When Barter’s Light Motors went into liquidation in 1907, he  was invited to join Douglas, and a new and improved machine, the Model A, was  presented to the public at the Stanley Show in 1907.
Years later William Douglas disclosed that not a single order resulted from the show; of 27 machines built during the year only 24 sold.
But the design was improved year after year and  by 1910 the Douglas had become a practical motorcycle.
In the course of this year  Barter developed a  two speed gearbox  and the Douglas team, equipped with 2 speed machines, managed to win the team prize in the Scottish Trial.
This put the make in the centre of  public attention and gave an enormous boost to sales.
In 1910 two models were available,  Models B and C.
The main differences between the models were that the Model B  was equipped with Druid forks and standard tyres, while the model C had Douglas spring forks and non-skid tyres.
This Model C has been restored with great attention to detail.