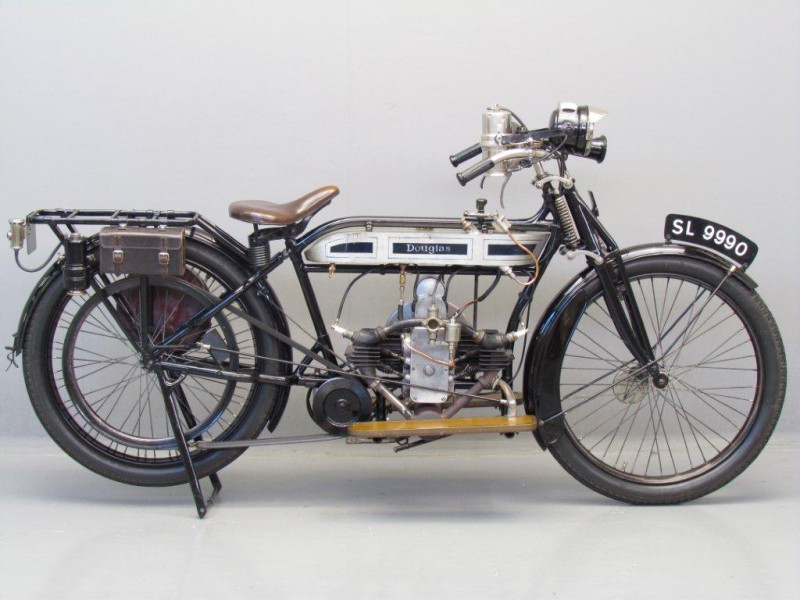 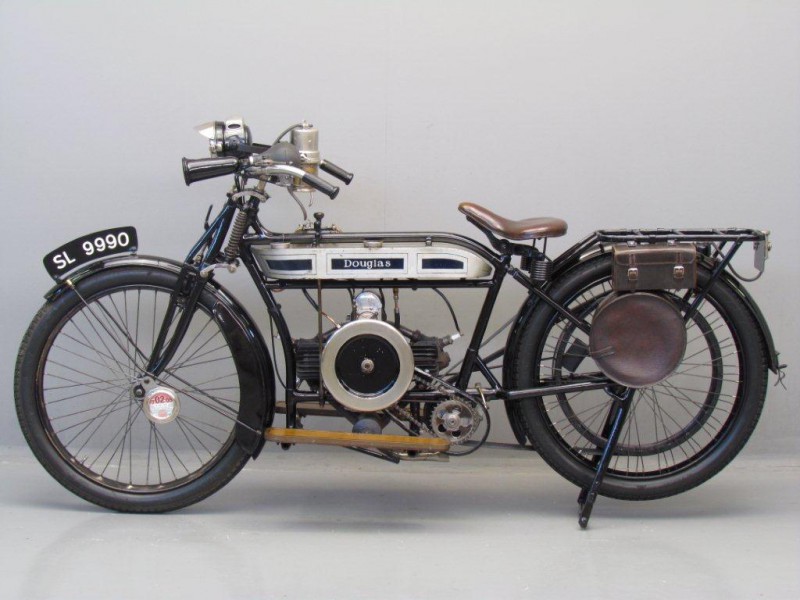 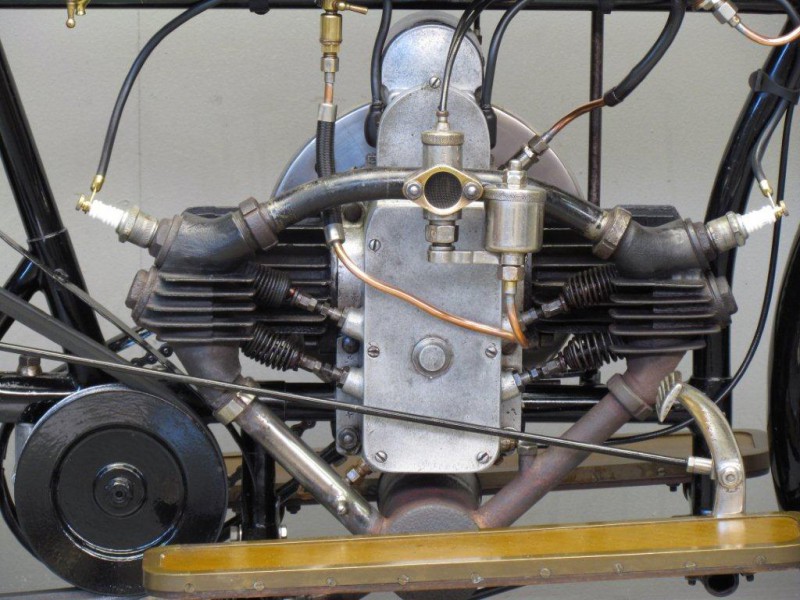 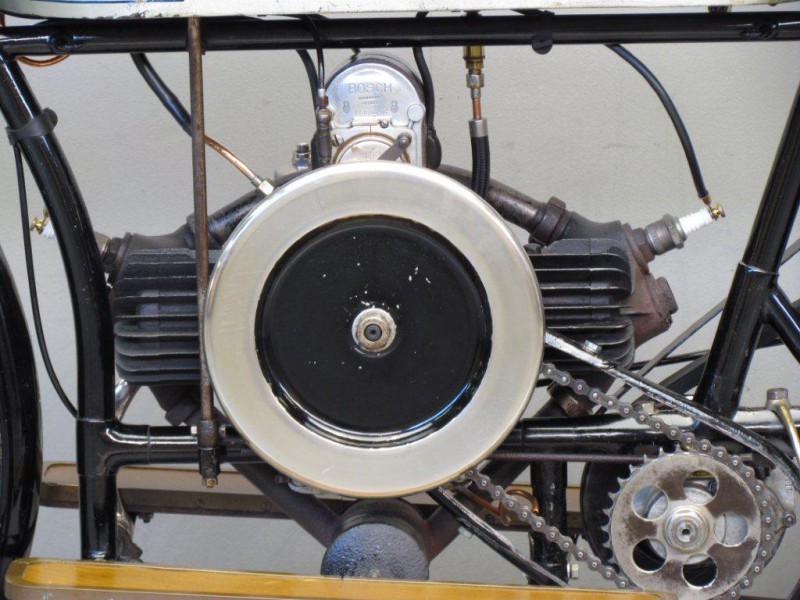 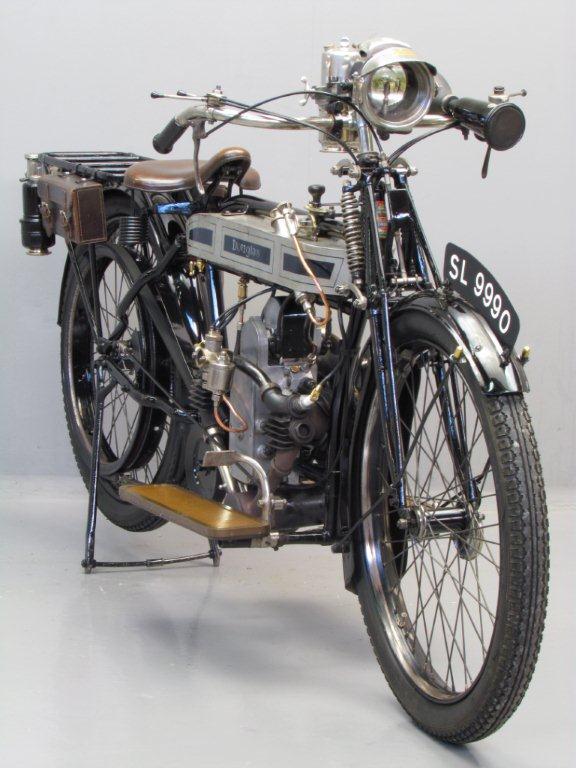 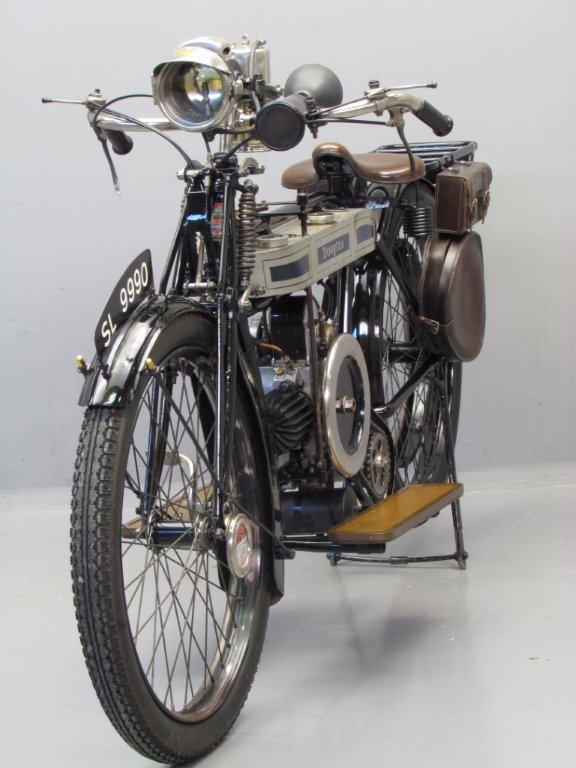 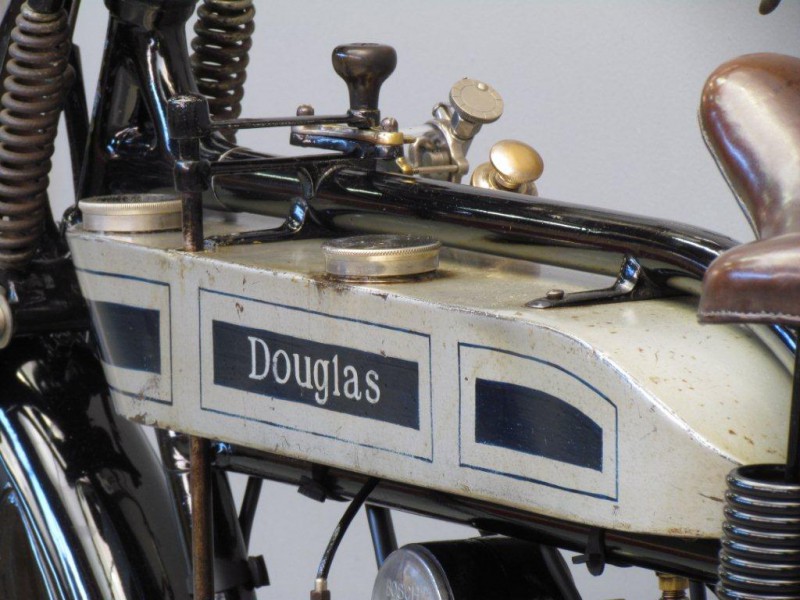 The brothers William and Edward Douglas founded the Douglas Engineering Company in Bristol in 1882.
Initially doing blacksmith work, they progressed to foundry work, and then acquired the flat twin design of Joseph Barter, the founder of Light Motors Ltd.
Barter had produced his first single-cylinder motorcycle between 1902 and 1904.
Around 1905, Barter’s Light Motors Ltd manufactured a 200cc side valve flat twin, clipped into a more or less standard bicycle frame.
This machine was marketed under the  ‘Fairy’ name.
Some parts of the engine  were cast at the Douglas Brothers foundry in Bristol.
When Barter’s Light Motors went into liquidation in 1907, he  was invited to join Douglas, and a new and improved machine, the Model A, was  presented to the public at the Stanley Show in 1907.
Years later William Douglas disclosed that not a single order resulted from the show; of 27 machines built during the year only 24 sold.
But the design was improved year after year and  by 1910 the Douglas had become a practical motorcycle.
The catalogue for 1912 listed no less than 15 improvements  such as  mechanical inlet valves and a lower riding position.  By 1914 the company thought their machine was neigh perfect, for in the 1914 catalogue it was stated (…)”
The 2 ¾ machine is probably as  perfect as it is possible to make a motor bicycle(…) One very real improvement has, however,  been effected: the important frame tubes are three gauges heavier than in 1913. “
The catalogue did mention  5 detail improvements though:
A more perfect type of mudguard over the back wheel,  a belt guard, metal cased toolboxes , weather protection for  the high tension terminals and bolted instead of brazed lamp bracket.
Five models were available,  Model T  had a countershaft and singe gear, U and V had a two speed gear, W even had a free engine clutch and X was an open frame or ladies’ model.
This charming veteran Douglas is a well-weathered older restoration with the fuel tank still boasting its original paintwork.
It is excellently equipped with lighting gear, bulb horn and leather case for a spare belt and was kept in one family from 1914 till 1984.