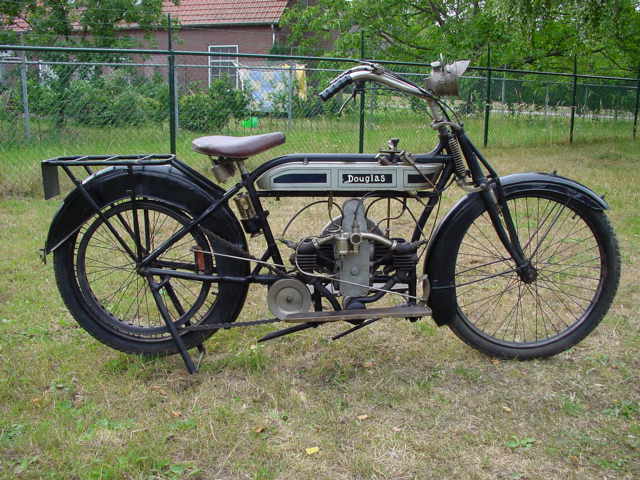 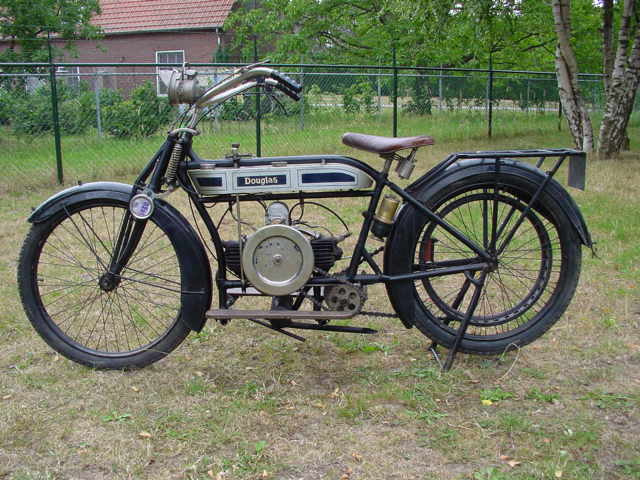 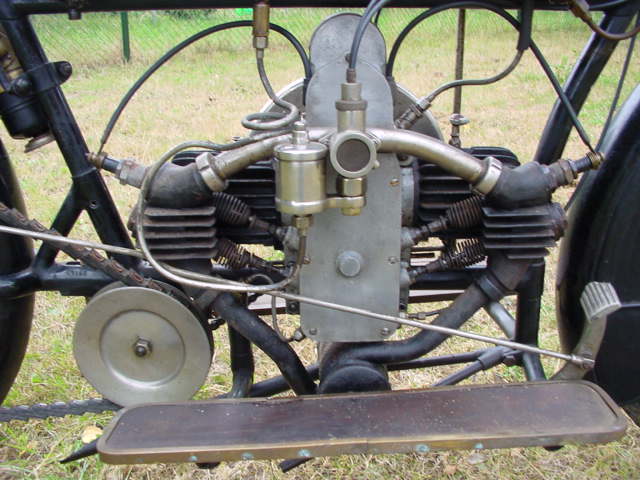 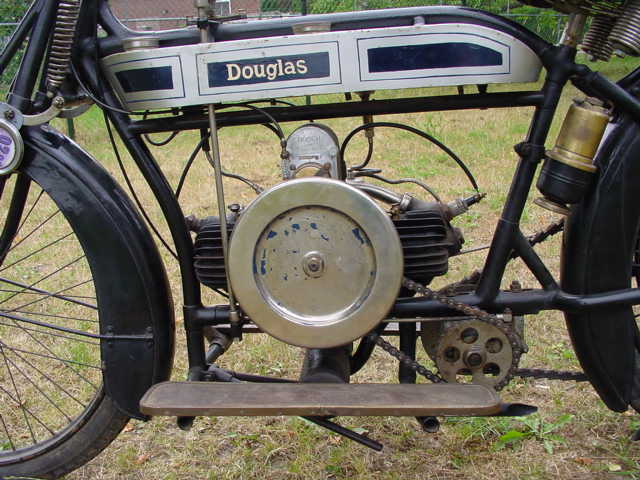 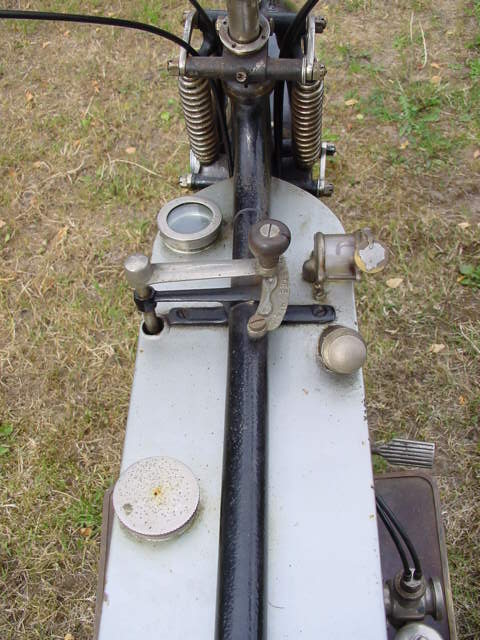 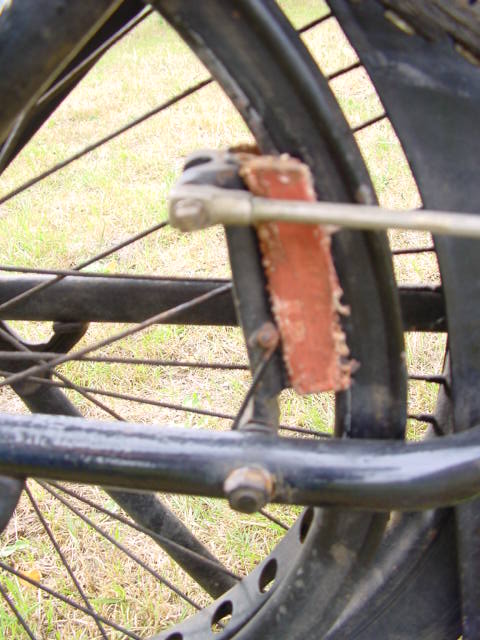 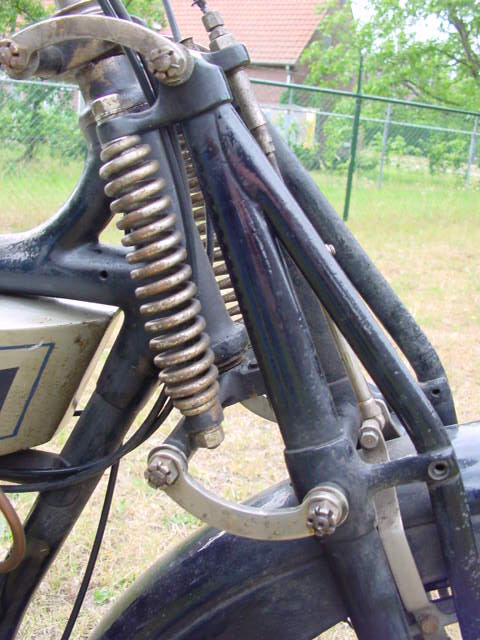 The well-known ease of operation and the low centre of gravity contributed to the popularity of the Douglas make in the first decades of the 20th century.
Other selling points were quality and rehability.
This 2¾ HP Douglas has a 2 speed gearbox and final transmission by belt.
The machine is in good, used condition and was one of the exhibits in the Transport Museum collection on
the Isle of Wight for many years.
A pioneer certicate has been issued for this nice Douglas.