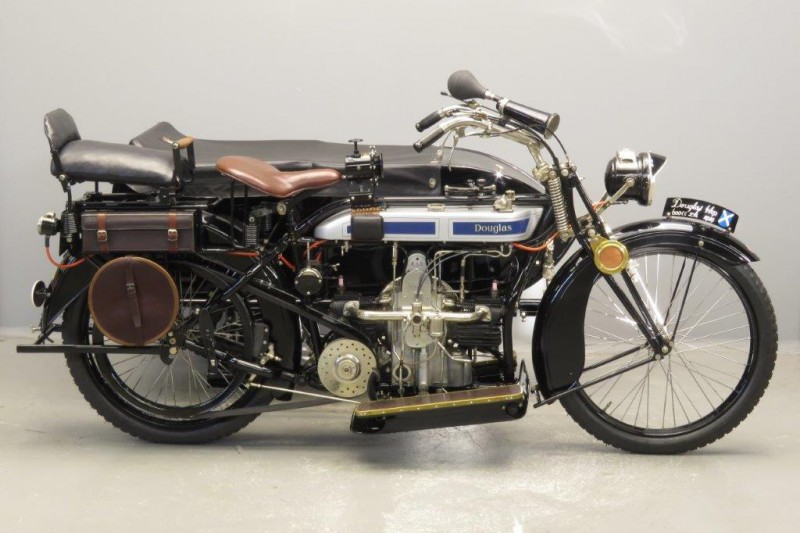 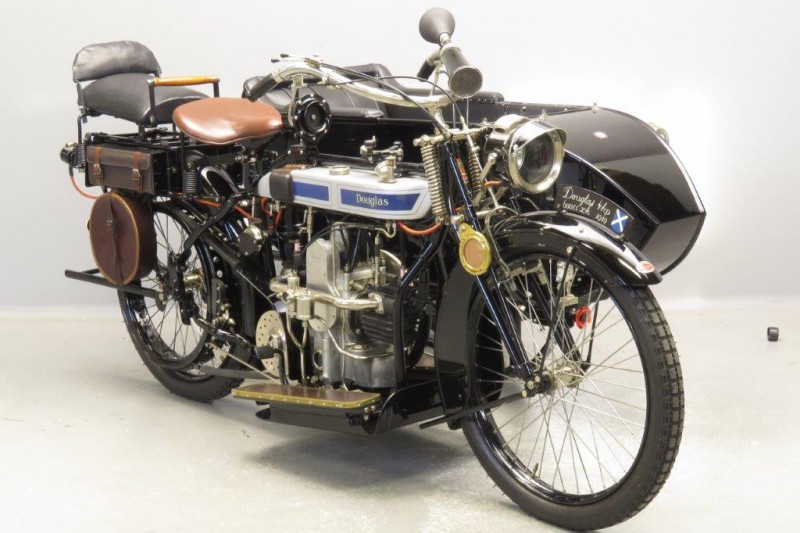 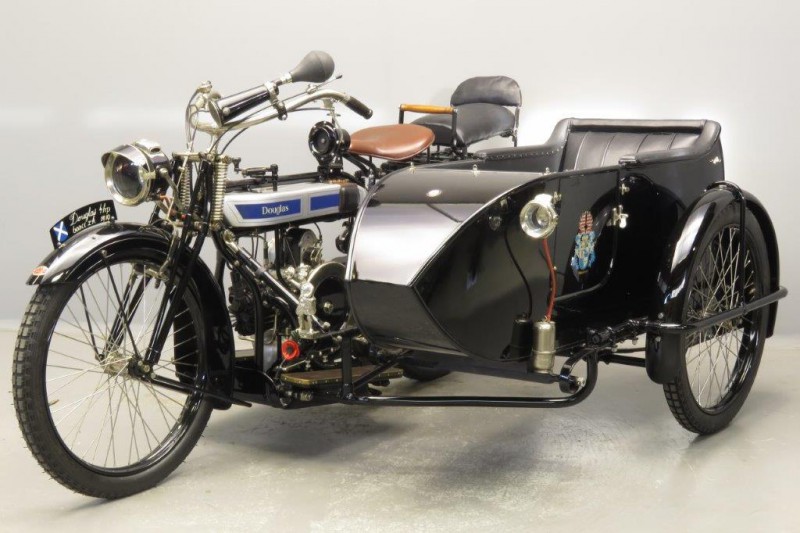 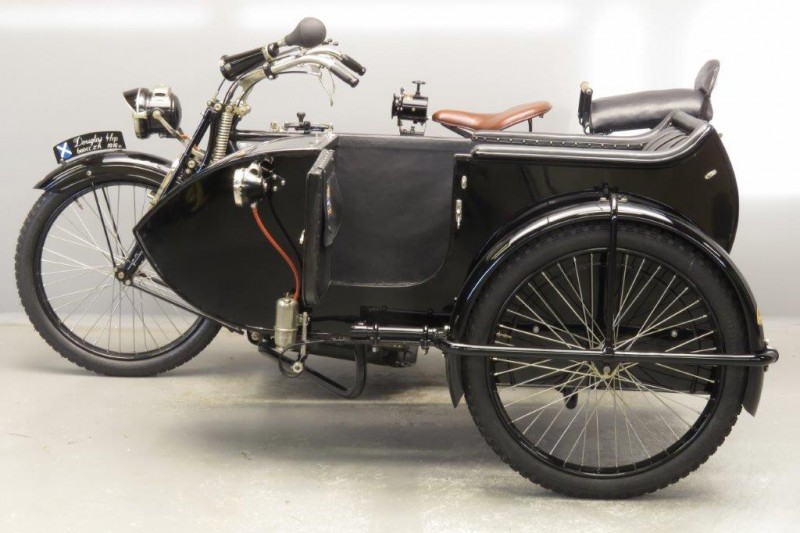 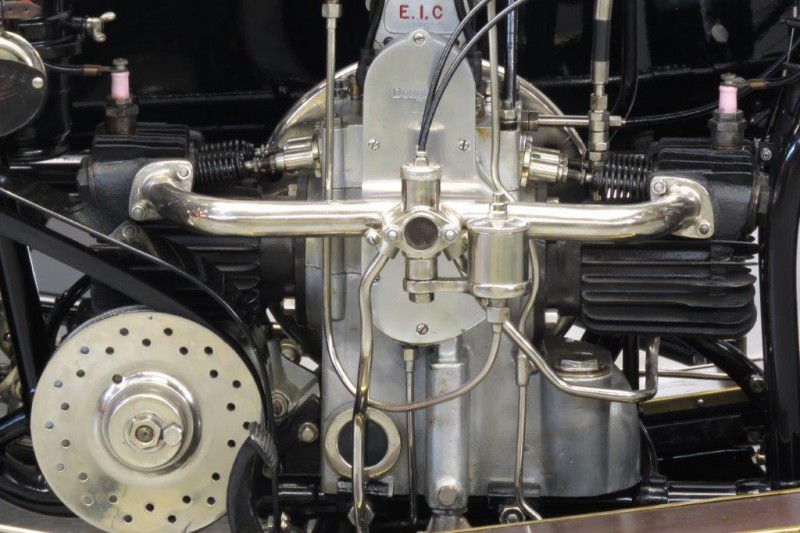 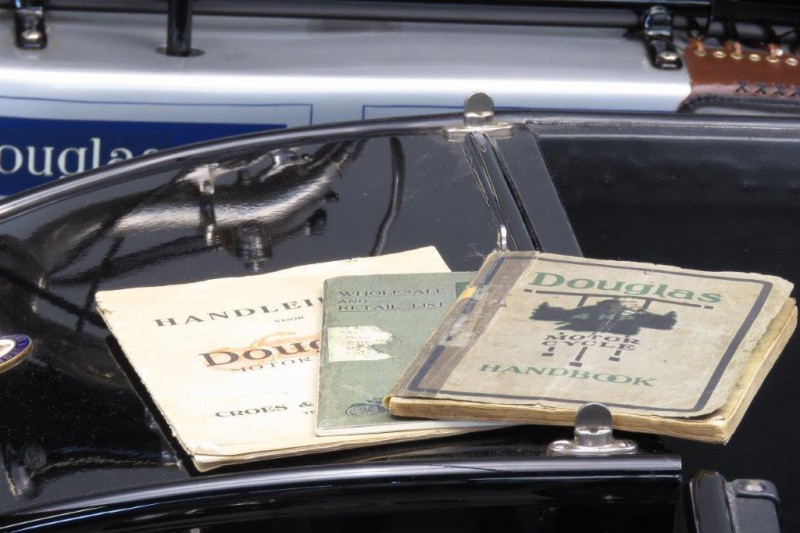 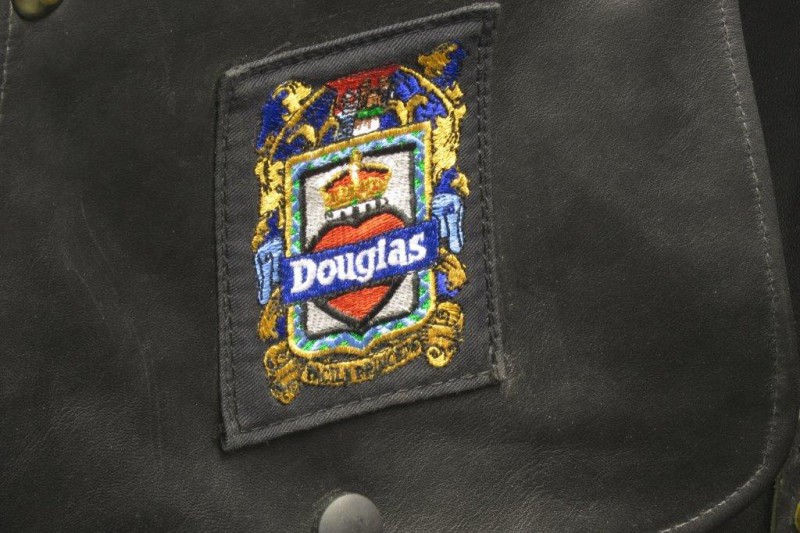 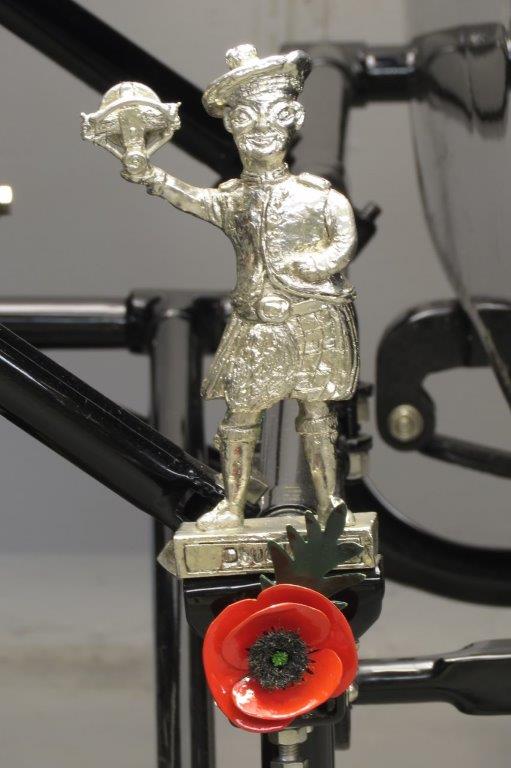 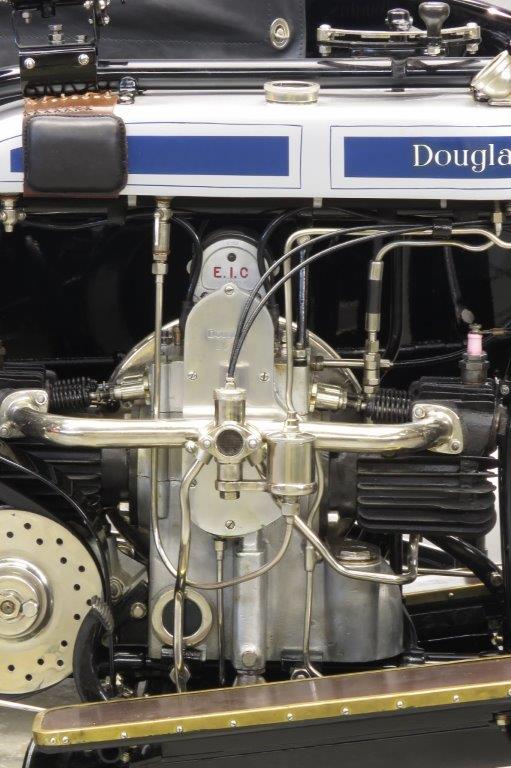 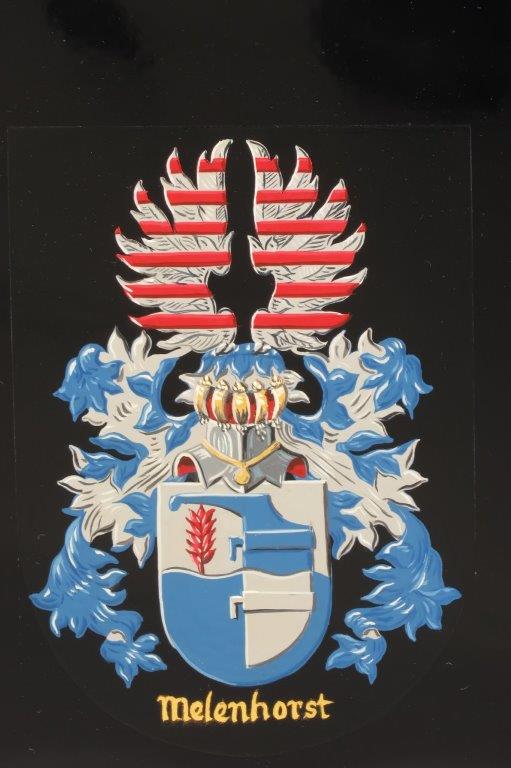 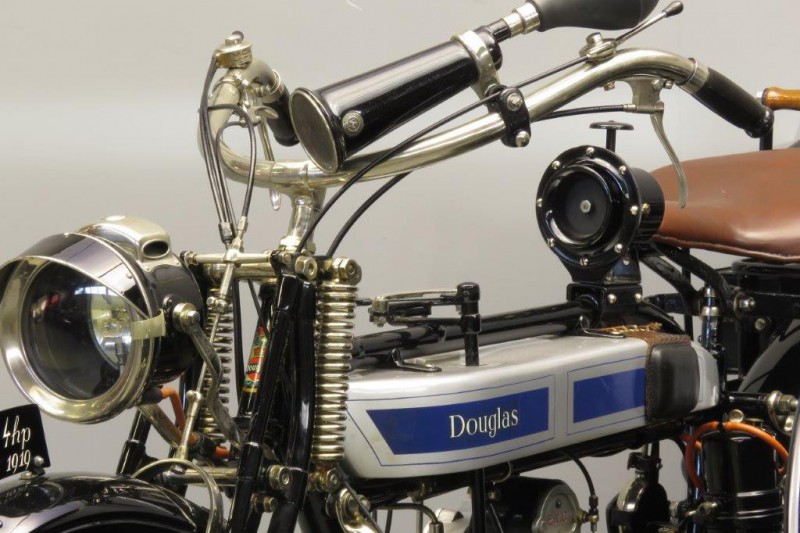 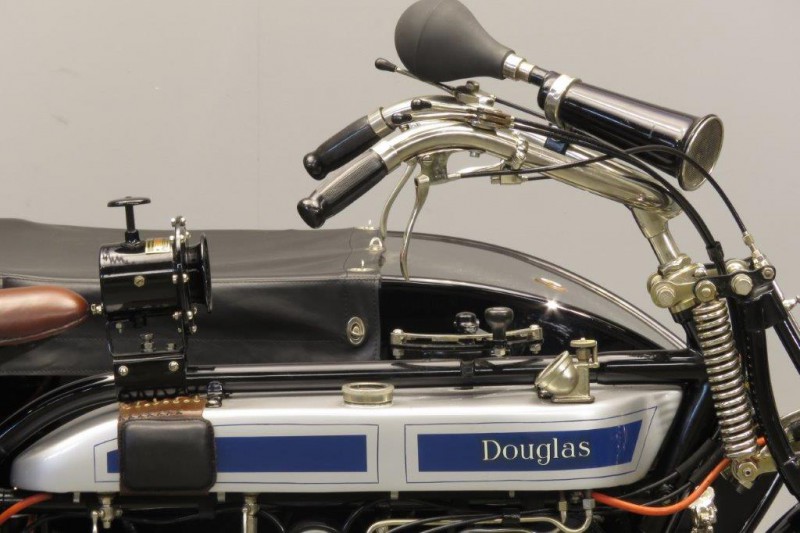 This Bristol-based firm developed the horizontally opposed fore-aft unit in about 1907 and continued utilising this engine layout well into the thirties.
The earliest Douglas models had direct belt drive, but in 1910 a two-speed gearbox was added, with the control on top of the petrol tank.
Douglas machines became very popular because of their lightness, ease of starting and speed: in the 1912 Junior TT races Douglas took first, second and fourth places.
In the First World War thousands of 2 ¾ HP machines were commissioned for use by despatch riders and performed splendidly.
In 1915 a 596 cc model was introduced to cater for the need for a more powerful sidecar puller. A notable difference in engine design with the 2 ¾ HP model is the wet sump oiling system.
A year later the 4 HP model was improved in a number of ways.
To mention a few: other front forks, new design of exhaust, frame and tank alterations, front and rear brake changes, many small engine design improvements.
To sum it up: quite another machine! Between 1916 and 1921 hardly any changes were made.
At the 1921 Olympia Show the company remarked: “ The 4HP Douglas remains practically unaltered for the experience gained during the war under extremely unfavourable conditions has made the machine eminently satisfactory in its present form.”
The 4 HP disappeared from the range in 1924.
We have seldom seen a combination that has been restored with such attention to detail.
Accessories include Lucas acetylene headlamp and generator, P&H rear lamp, Handphone horn on top tube, pillion seat, leather spare belt case, kneepads, oiler in leather-fronted case and decompression whistle.
The machine proudly displays the Douglas Scotsman mascot and comes with original Handbook and facsimile Parts List.
Note the interesting coat of arms on the sidecar door, a hint that this combination might have belonged to a person of higher social standing.