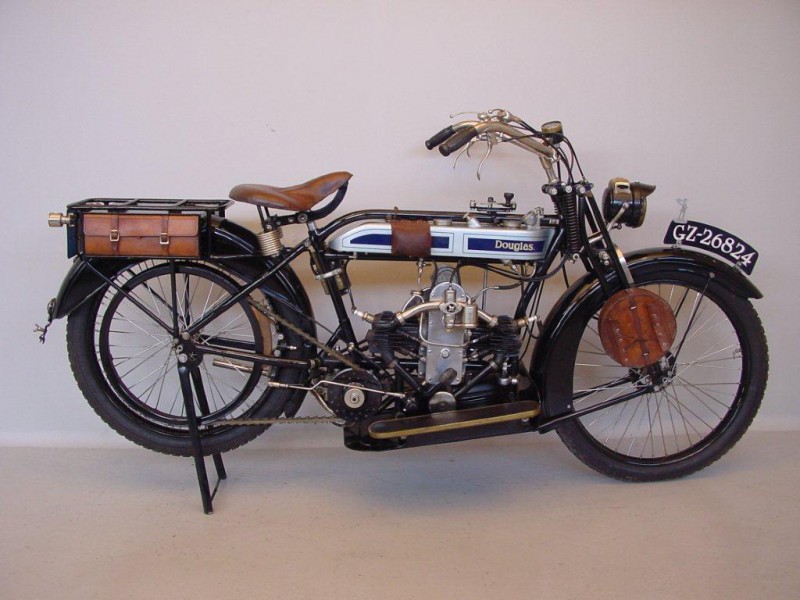 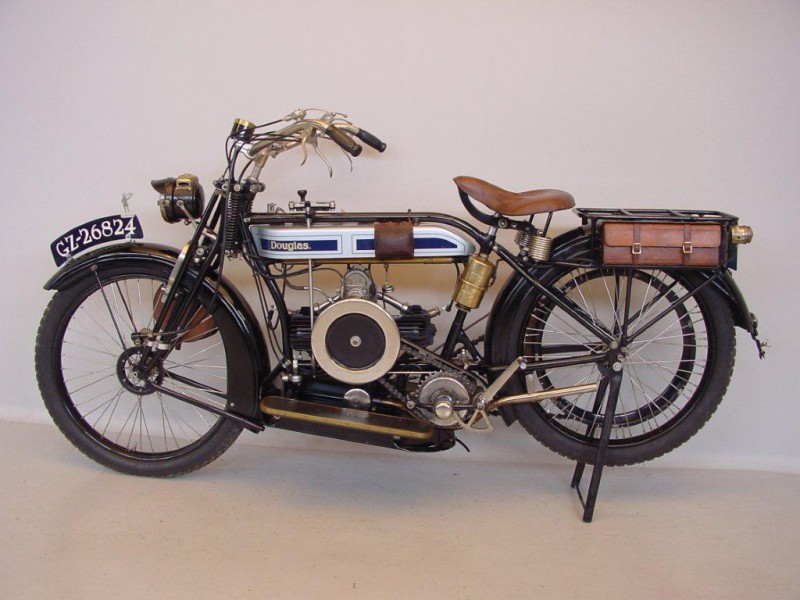 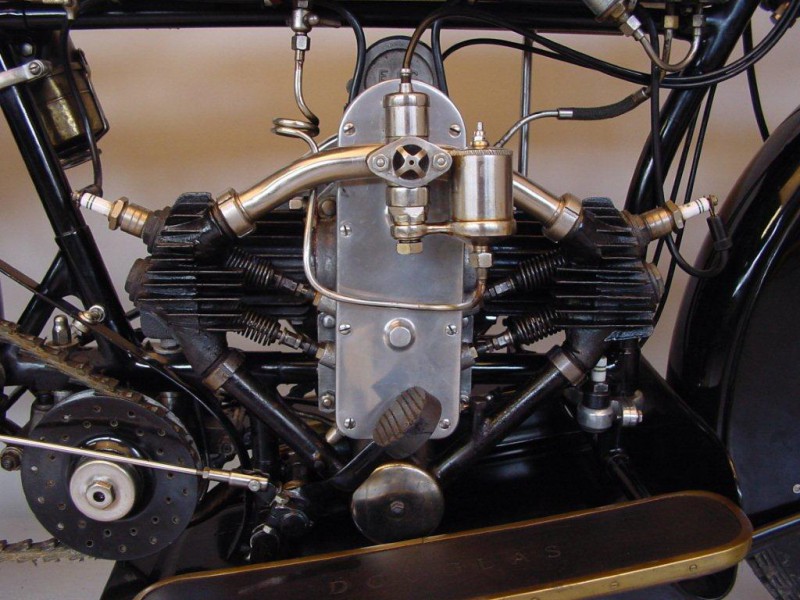 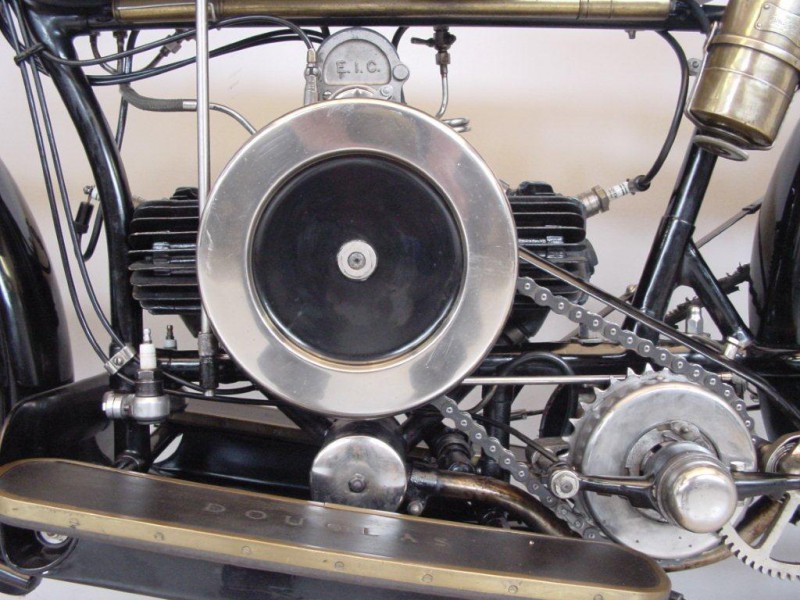 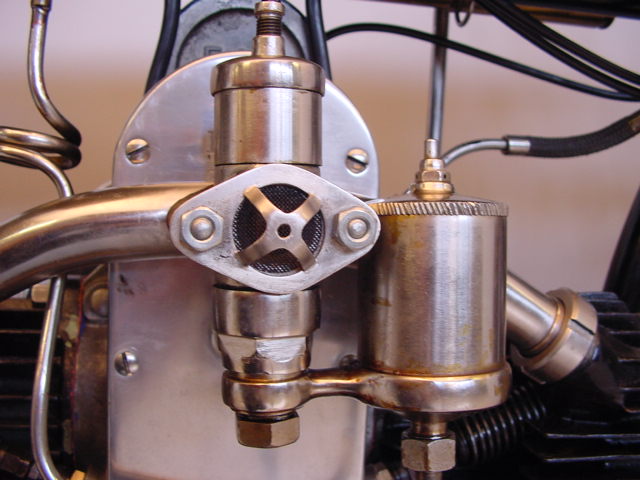 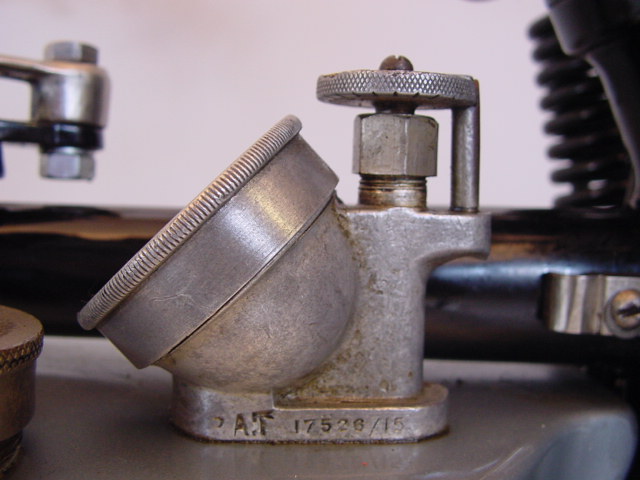 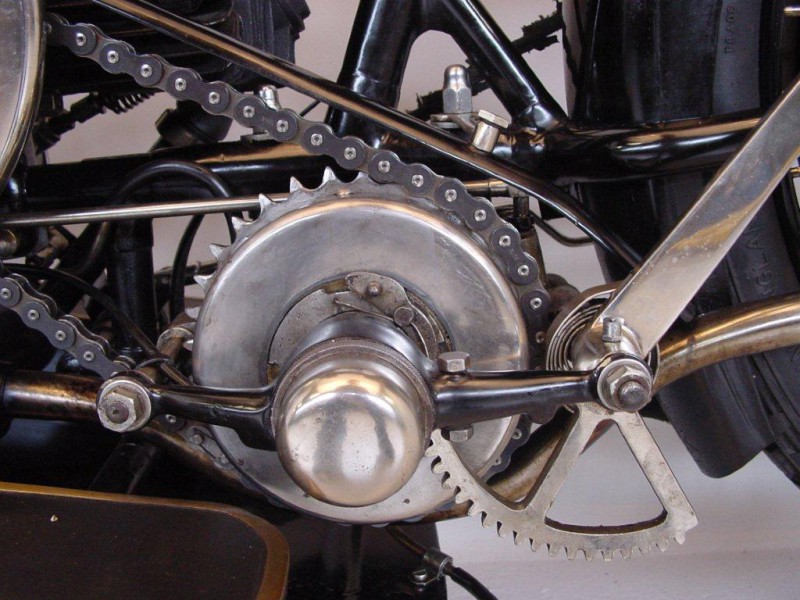 This Bristol-based firm developed the horizontally opposed fore-aft unit in about 1907 and continued utilizing this engine layout  well into the thirties.
The earliest Douglas models had direct belt drive, but in 1910 a two-speed gearbox was added, with the control on top of the petrol tank. Douglas machines became very popular because of their lightness,  ease of starting and speed: in the 1912 Junior TT races Douglas took first, second and fourth places.
In the First World War  thousands of  2 ¾ HP machines were commissioned for use by despatch riders and  performed splendidly.
This 1920 model is equipped with clutch, kick starter and 3 speed gear.
It has a quite a few accessories, such as handlebar mounted watch, speedometer, full  Lucas acetylene lighting, leather kneepads, protective shield under crankcase, holder for spare spark plugs and round leather case for spare tube or belt.
This Douglas has been carefully restored a number of years ago.