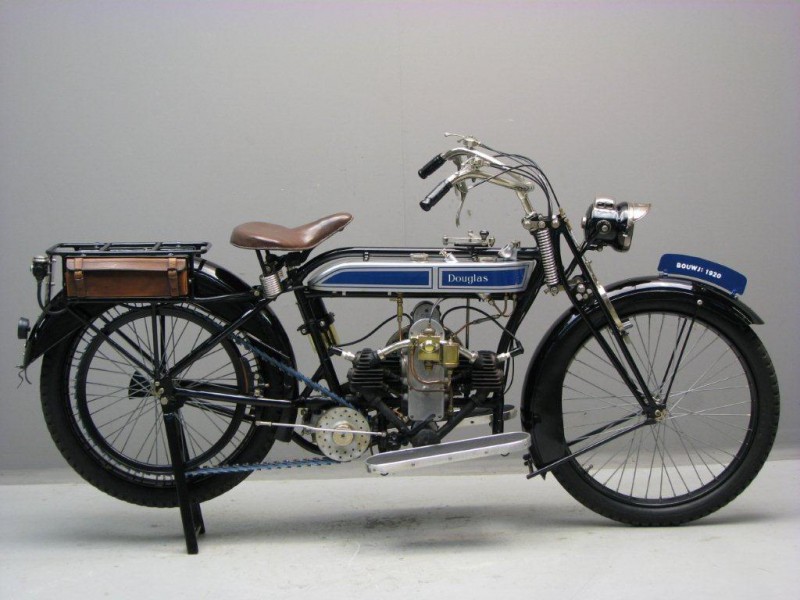 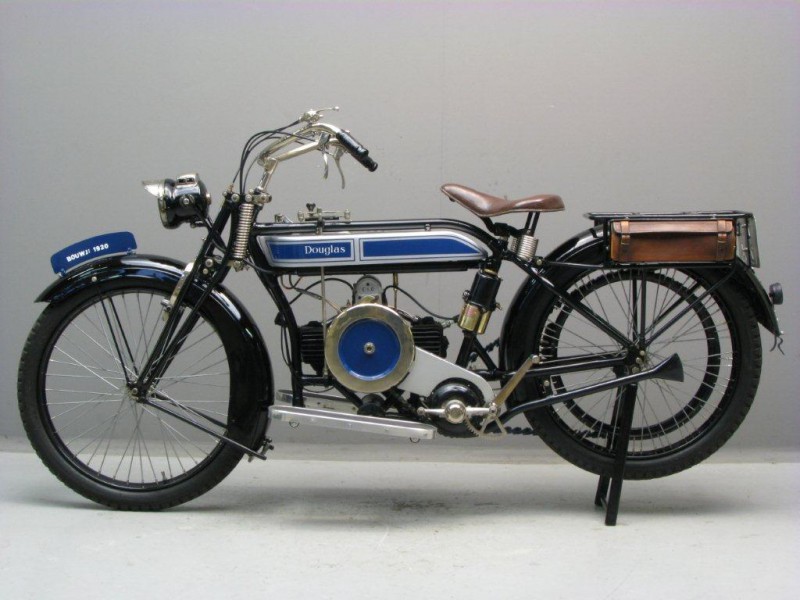 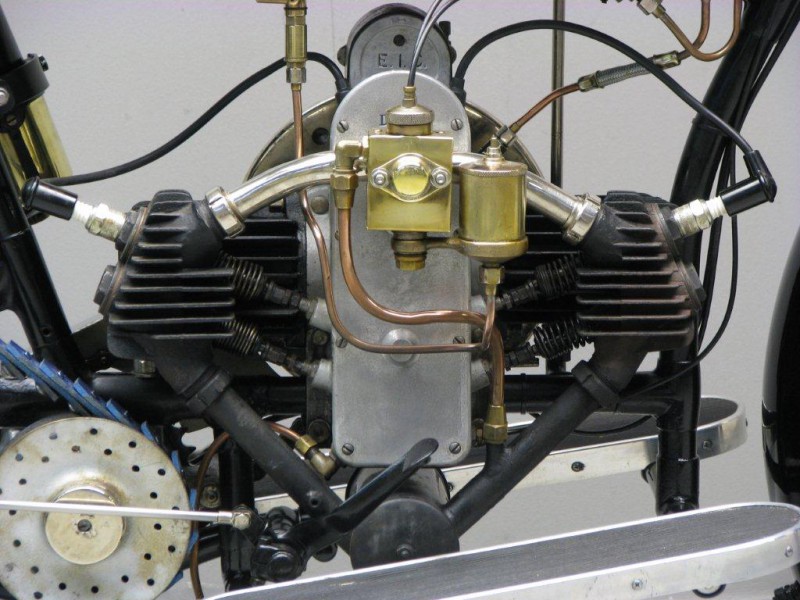 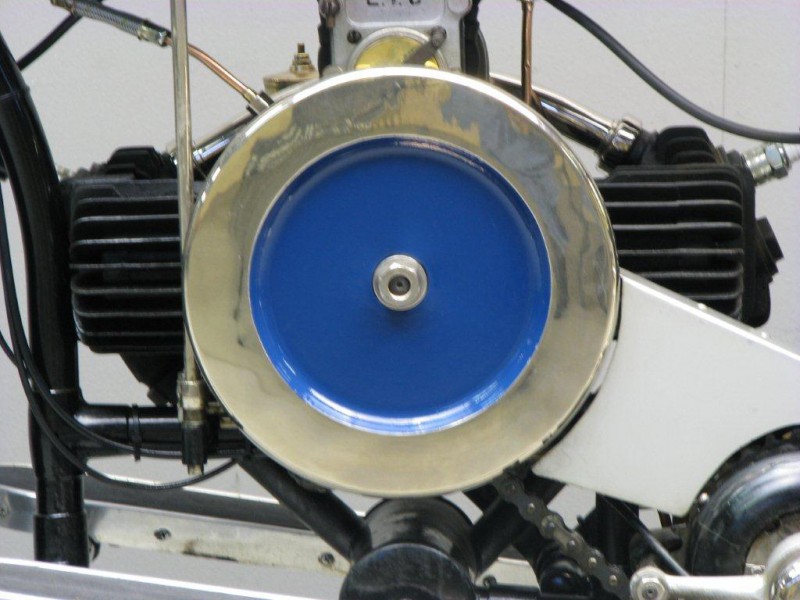 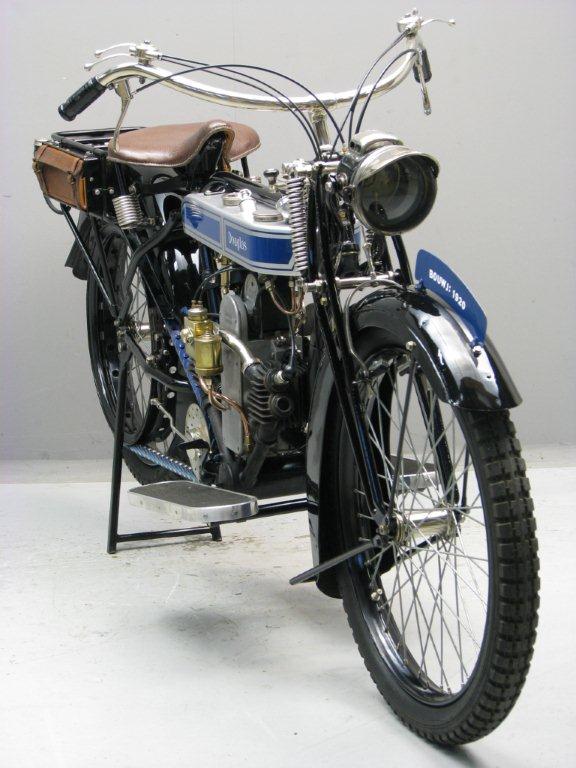 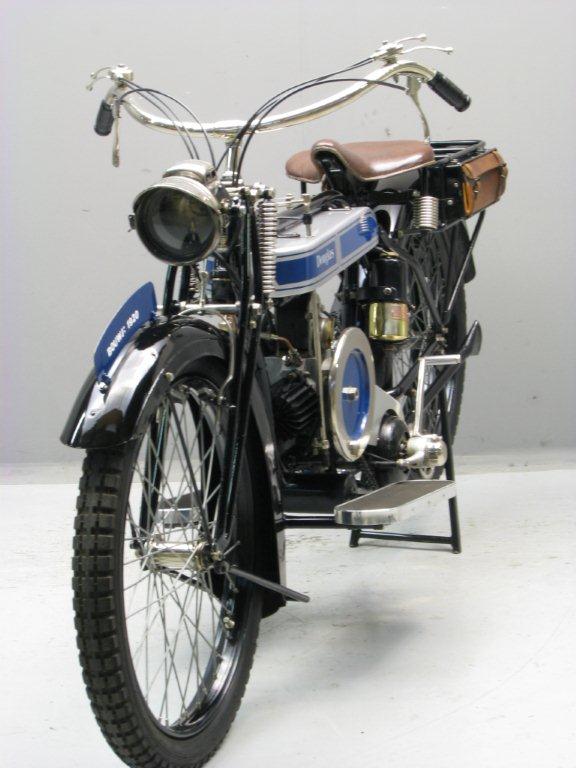 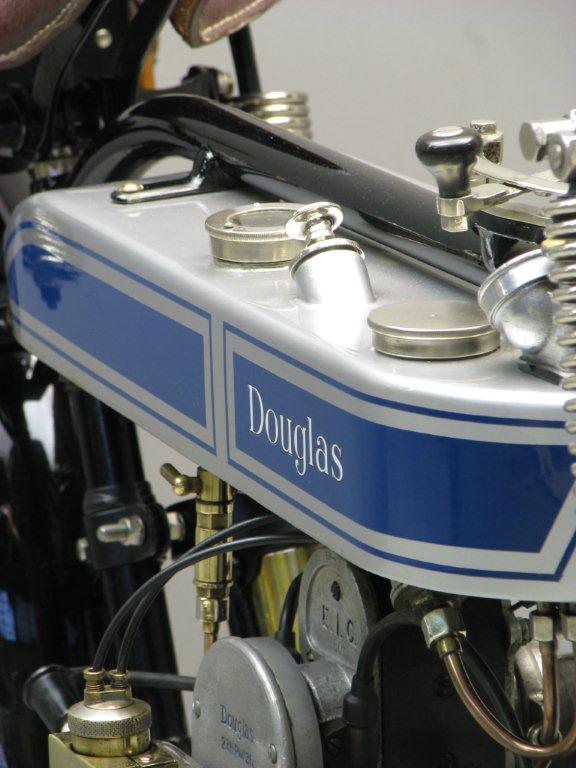 The Bristol-based Douglas Foundry took up motorcycle production in 1907 with a machine powered by a horizontally-opposed twin,
and the company would keep faith with this engine layout until it ceased motorcycle production in 1957.
Fore-and-aft installation made for a slim machine with a low centre of gravity, and the design’s virtues were soon demonstrated
in competition, Douglas machines taking first, second and fourth places in the 1912 Junior TT in the Isle of Man.
Douglas were quick realise the advantages of the countershaft gearbox, its three-speed entries gaining the Team Prize in the
1914 Six Days Trial, a conspicuous success which resulted in the firm obtaining a wartime contract for the supply of military
machines.
This Vintage-era Douglas has the sidevalve engine of fixed-head type with outside flywheel, coupled to the three-speed
transmission.
It also features a kickstarter and clutch.
This combination is rarely found, as most of the 2 1/4HP Douglasses were equipped with a 2-speed gearbox, no clutch and no
kickstarter.