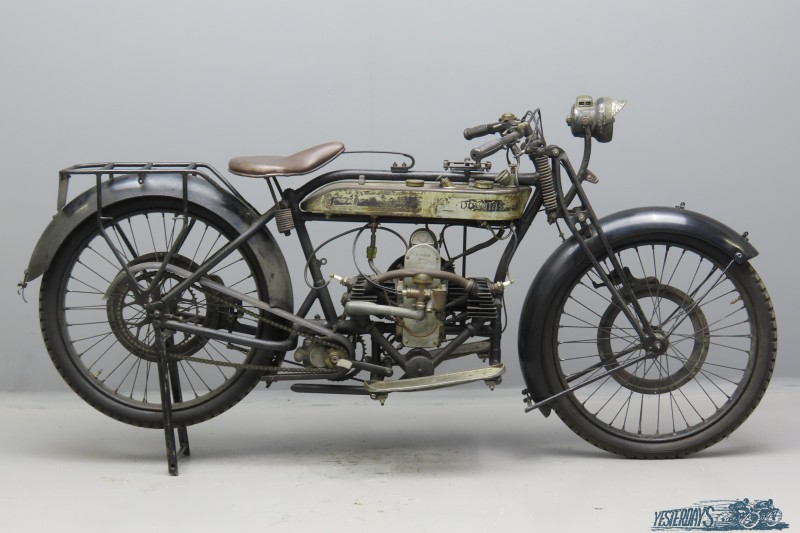 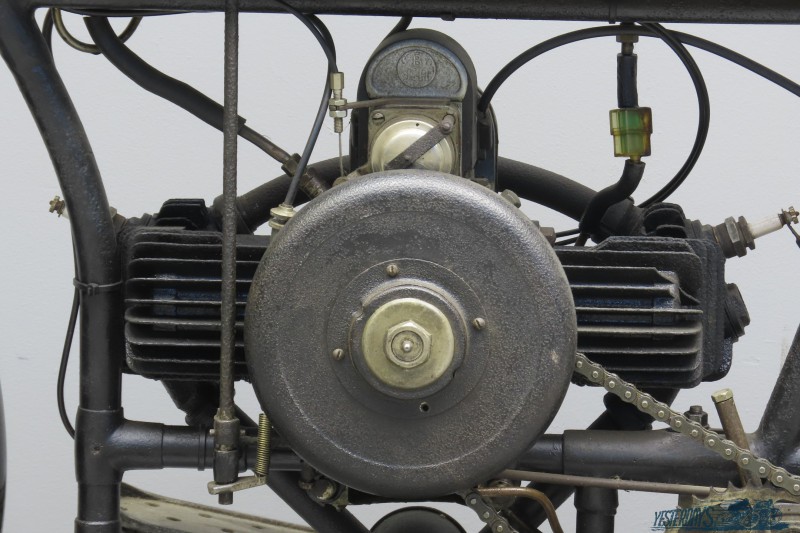 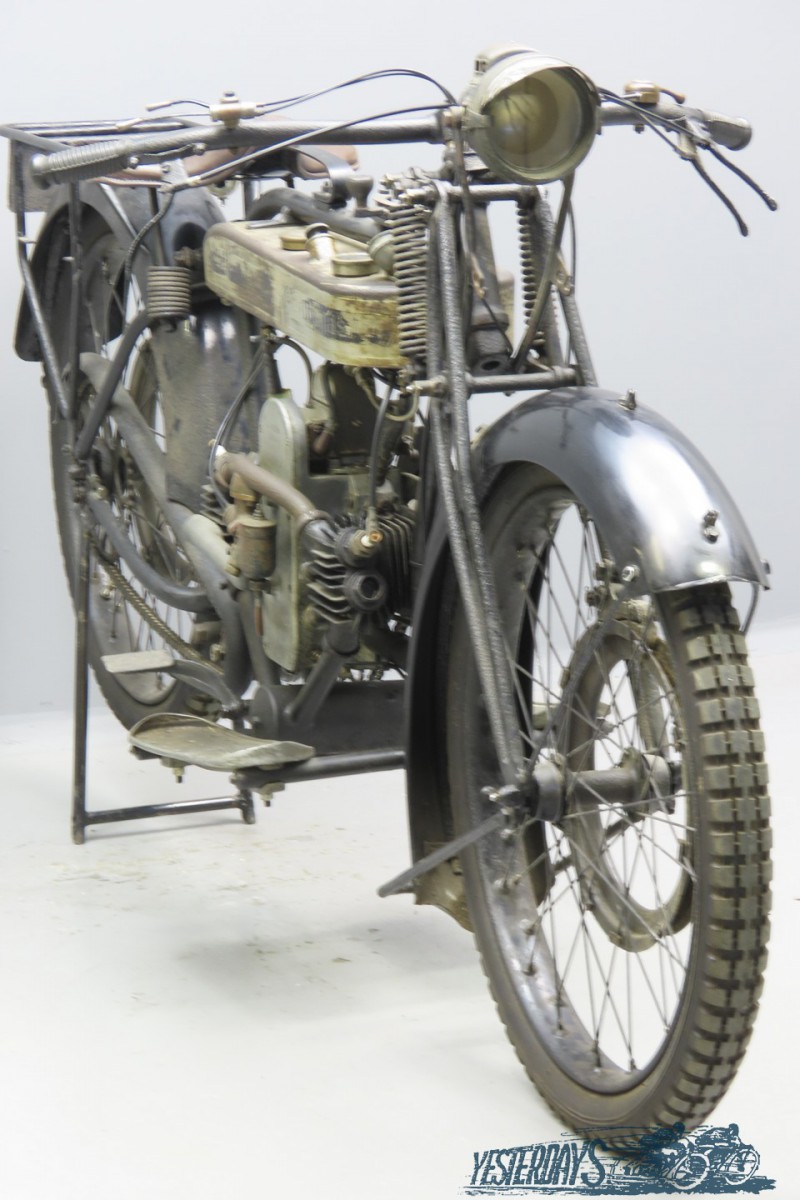 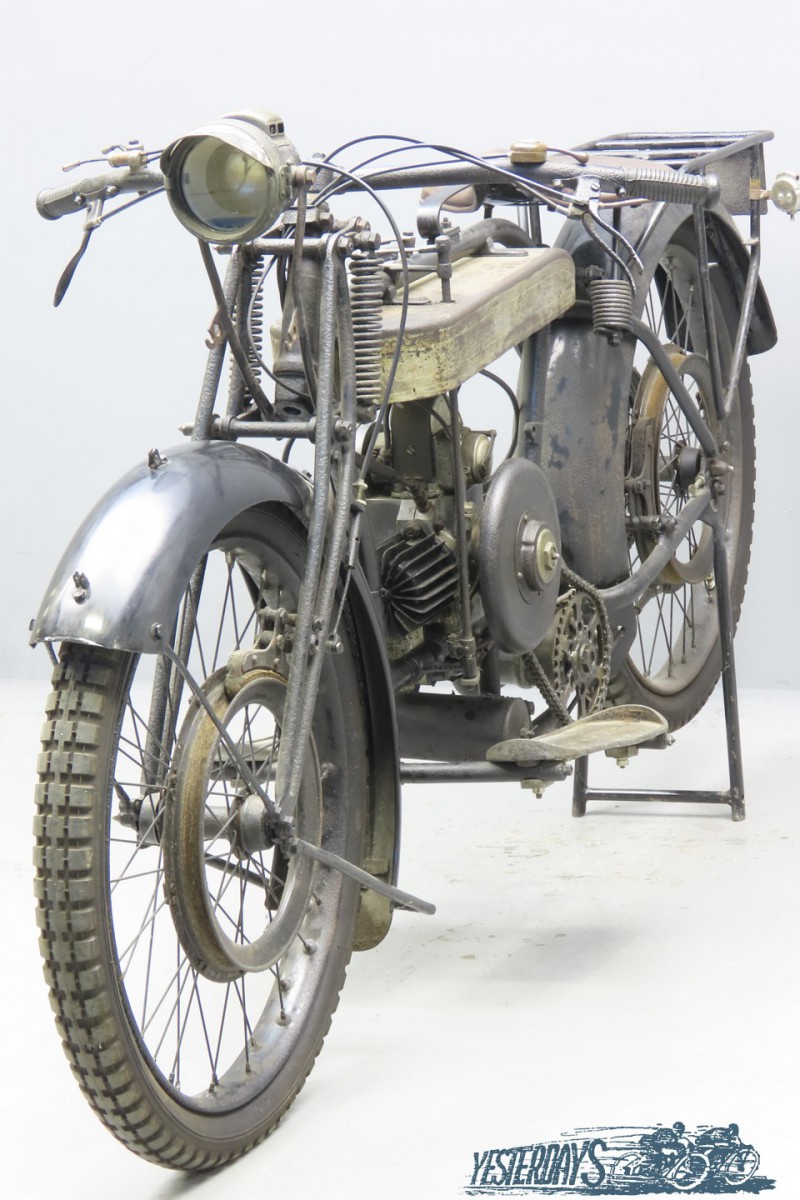 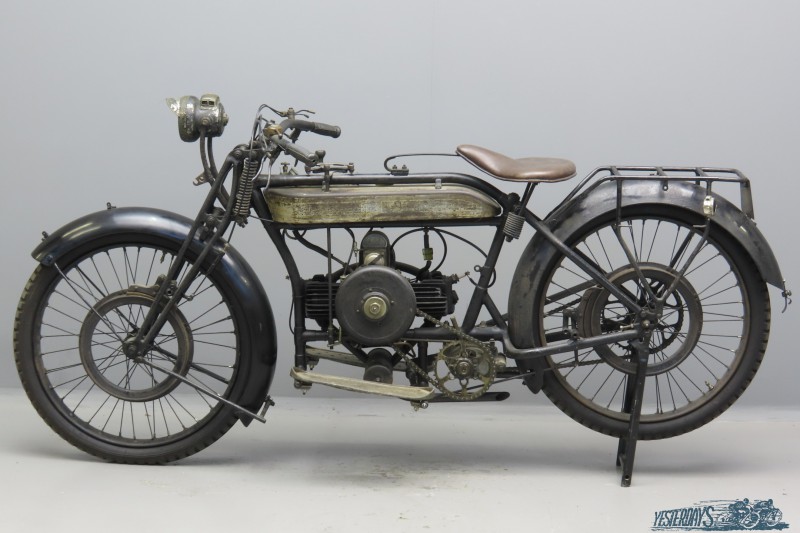 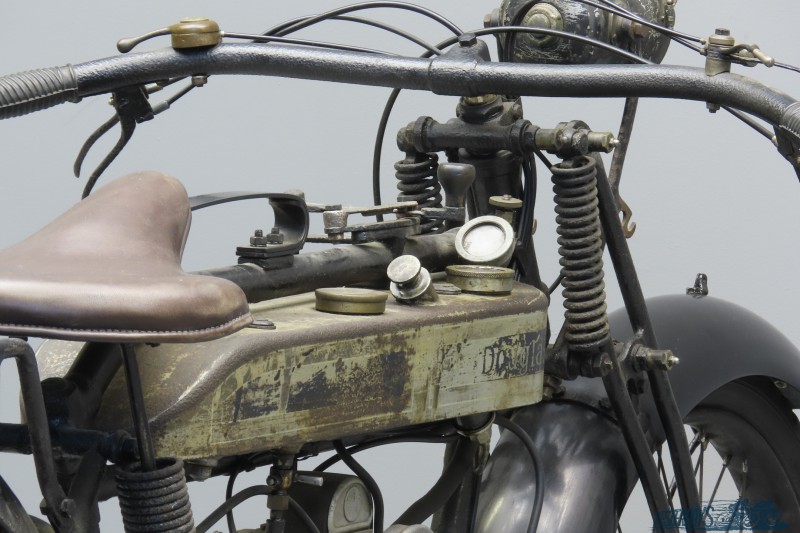 This Bristol-based firm developed the horizontally opposed fore-aft unit in about 1907 and continued utilizing this engine layout well into the thirties.
The earliest Douglas models had direct belt drive, but in 1910 a two-speed gearbox was added, with the control on top of the petrol tank.
Douglas machines became very popular because of their lightness, ease of starting and speed: in the 1912 Junior TT races Douglas took first, second and fourth places.
In the First World War thousands of 2 ¾ HP machines were commissioned for use by despatch riders and performed splendidly.
In the early twenties year by year small improvements were made and many Douglas machines were sold each year.
In a publicity booklet announcing the 1924 models the company claimed that “well over 75,000 Douglas 2¾ machines are giving satisfaction every day to their owners.”
It would be two more years before a real design change was carried through by then Chief designer Cyril Pullin in the form of the new EW model.
From the early twenties the belt drive was losing ground step by step: first the sports models got all chain drive and from 1923 on the faithful 2¾ HP was available with either belt or chain drive. By the end of 1926 all Douglas machines would be chain driven.
For 1925 three 350cc class machines were available: the TS and SW with belt drive and the CW with chain drive.
This CW is a runner and comes in mostly authentic and unrestored condition.
The front mudguard has been renewed and the seat has a fresh leather top.
The bike has aluminium footboards and is fitted with P&H acetylene front lamp.