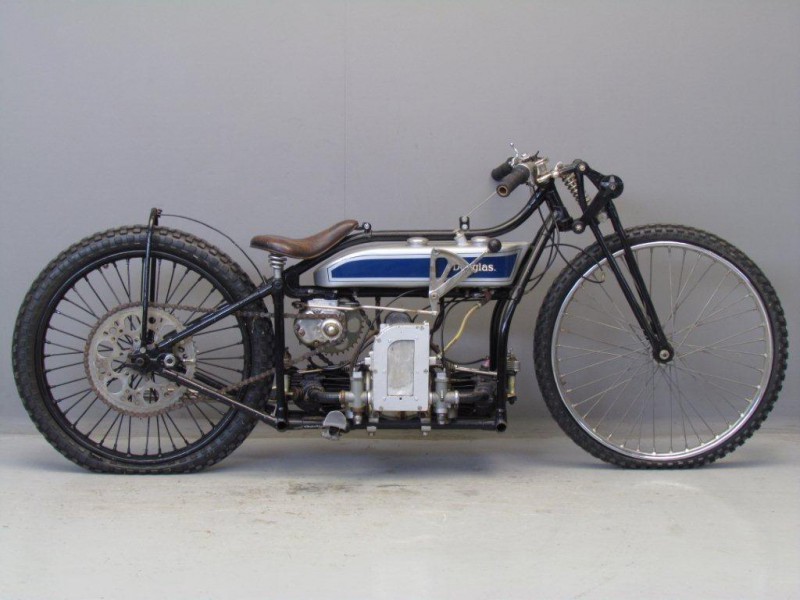 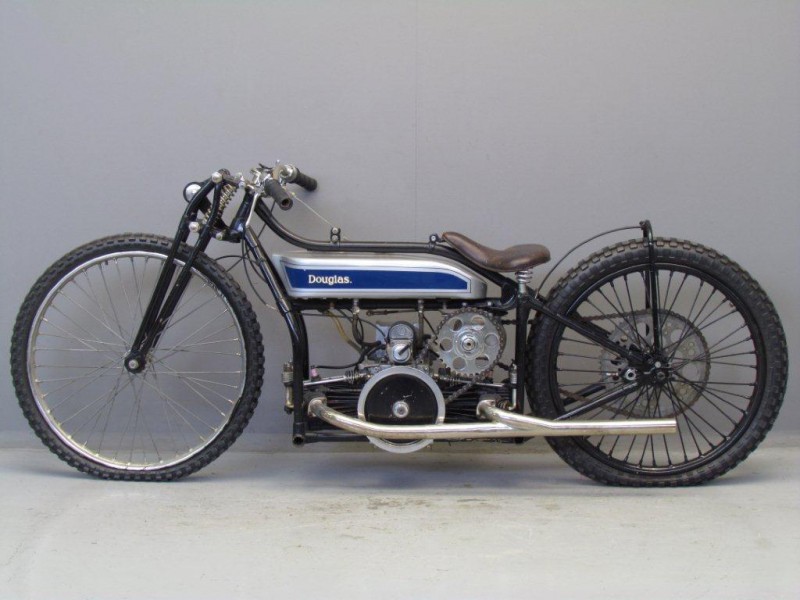 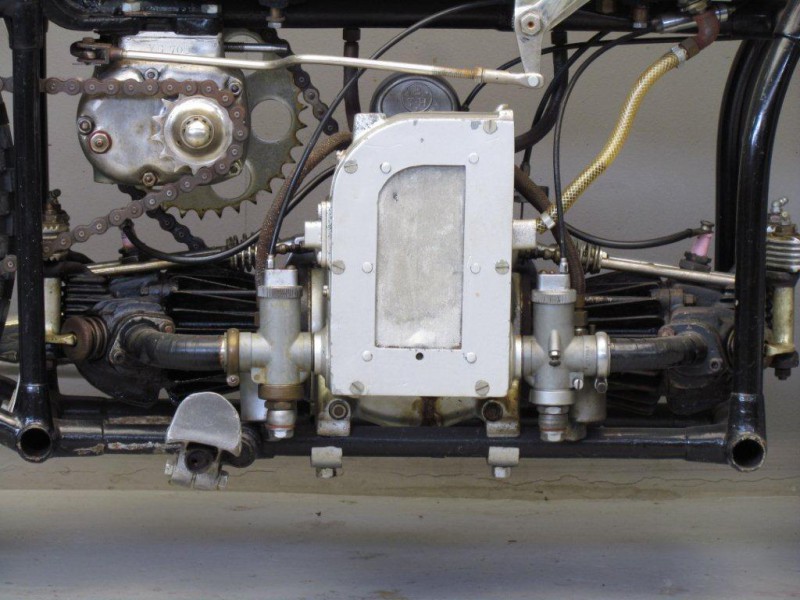 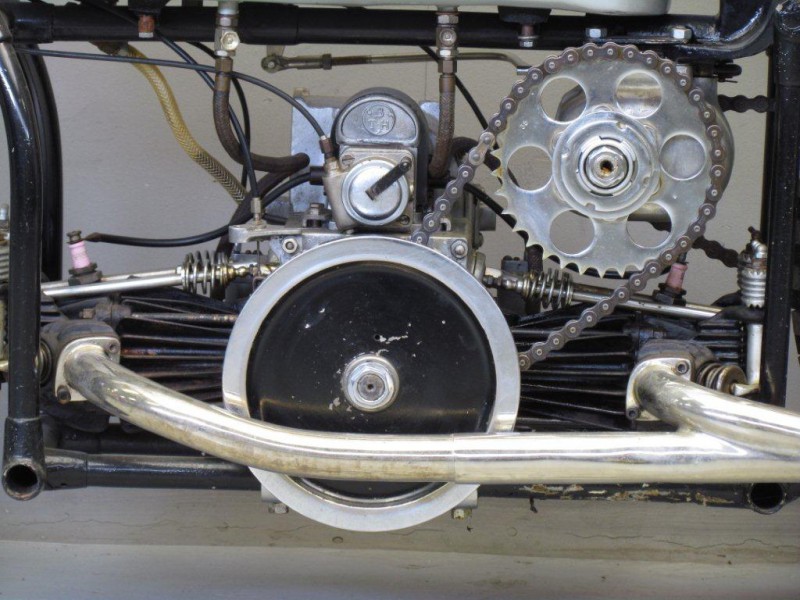 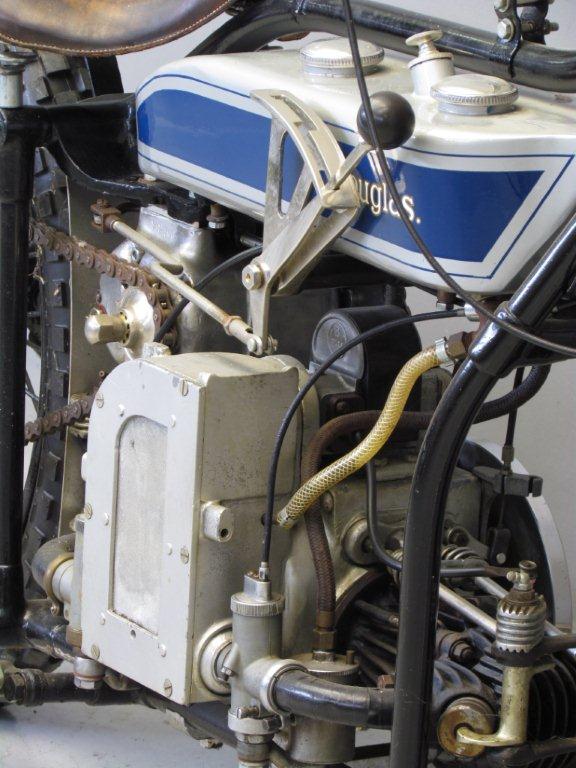 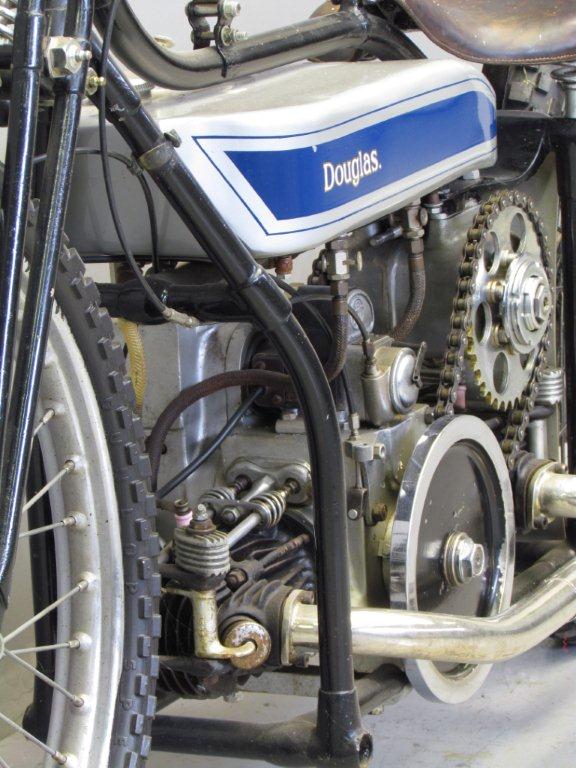 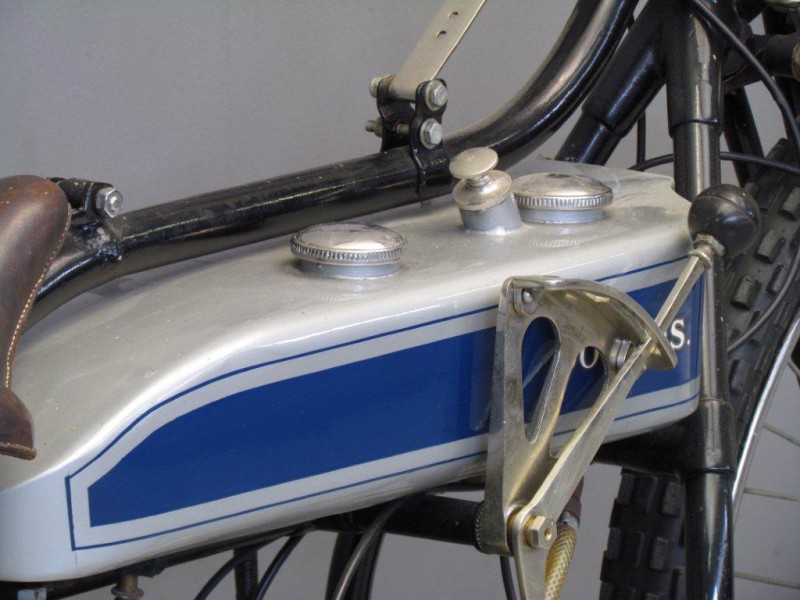 When speedway racing arrived in Britain in 1928, the new sport quickly caught the public’s imagination and before long  many major  UK manufacturers listed a dirt track model, Douglas being the  first marque to establish dominance  with its 500 cc DT 5 and 600 cc DT 6  overhead valve models.
The 500 cc model  was introduced in July 1928 and its ancestry could be traced back to the    RA model that was used with great success in Australia  during  the formative years of this new sport.
The standard 500 cc engine produced about 27 HP but for an extra £ 10 you could have a machine with a factory-tuned engine that had a 32 HP output.
Dirt track machines were as a rule ridden with full throttle and the magneto cut out was used to regulate the speed.
The was no clutch or brake as these would only hamper maximum forward motion.
In 1929 alone more than 1,300 Douglas Dirt Track models were sold; in the UK there were then about 50 tracks in full operation, each with its own group of star riders.
By the end of the 1931 season it was evident that the dirt track Rudge and JAP engine specials were offering a serious challenge to the Douglas supremacy and by the end of the 1932 season the models were quietly dropped from the range.
( adapted from: Jeff Clew,  “The best Twin”.)
This purposeful racer has been restored a number of years ago while it was part of the Brian Angliss Autocraft  Collection at Brooklands, alongside many famous and desirable  machines .
When the AC Cobra Autocraft Factory went down the collection was auctioned off in 1999.
It’s in good shape but would benefit from some elbow grease….