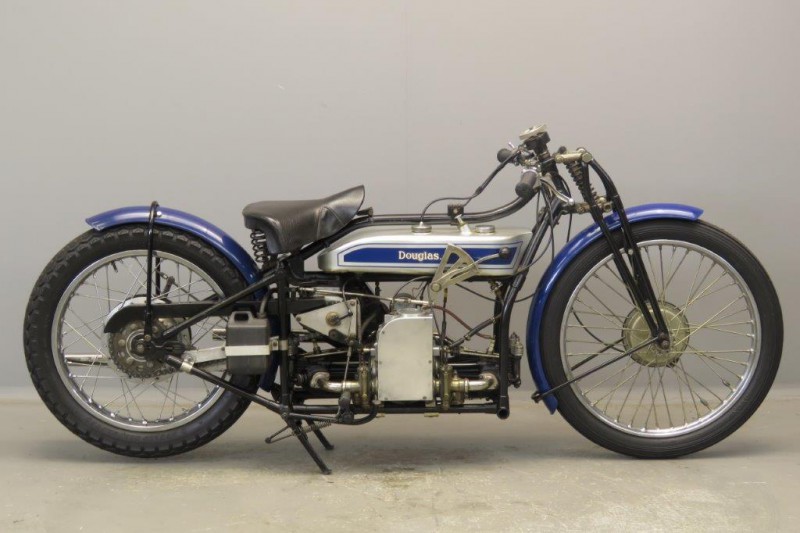 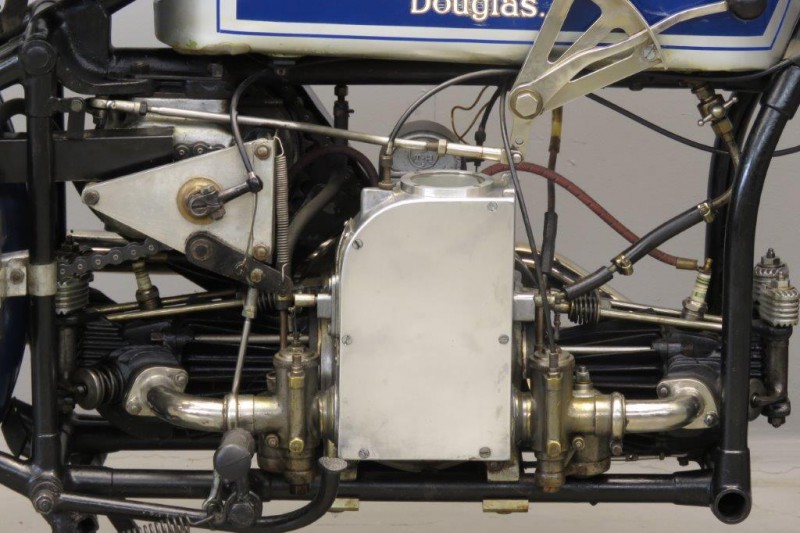 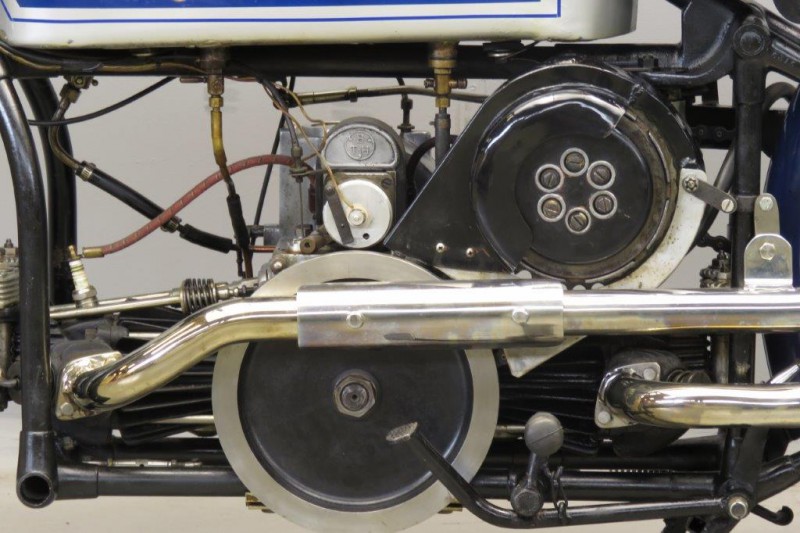 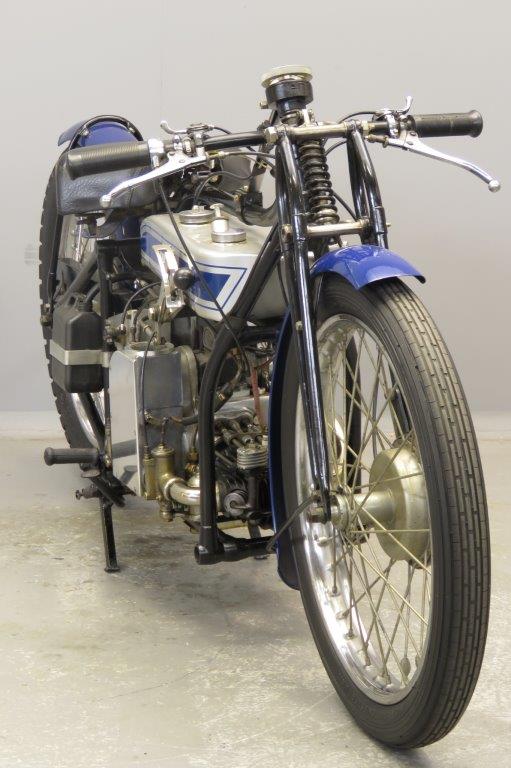 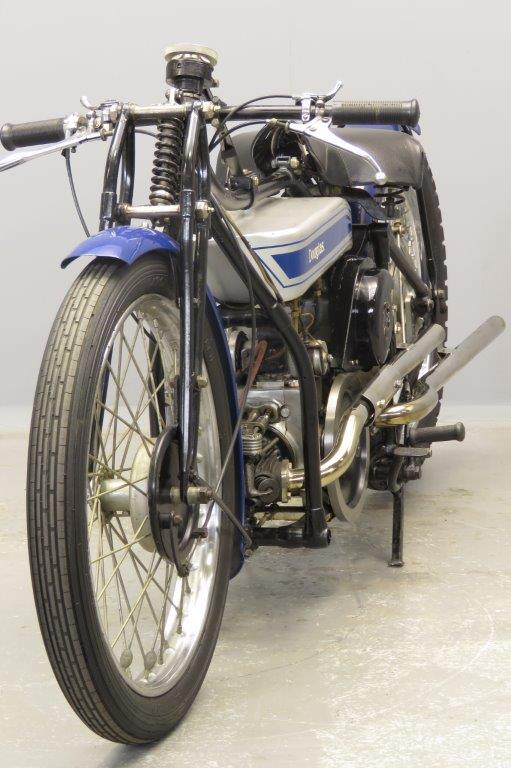 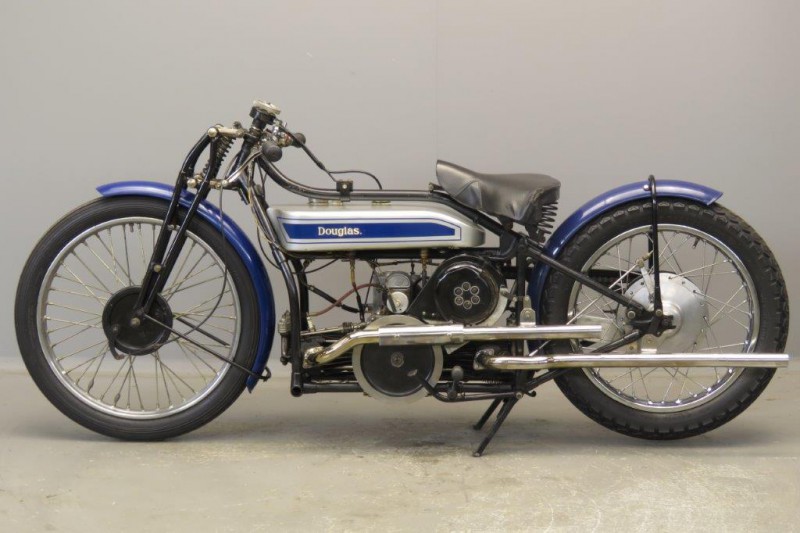 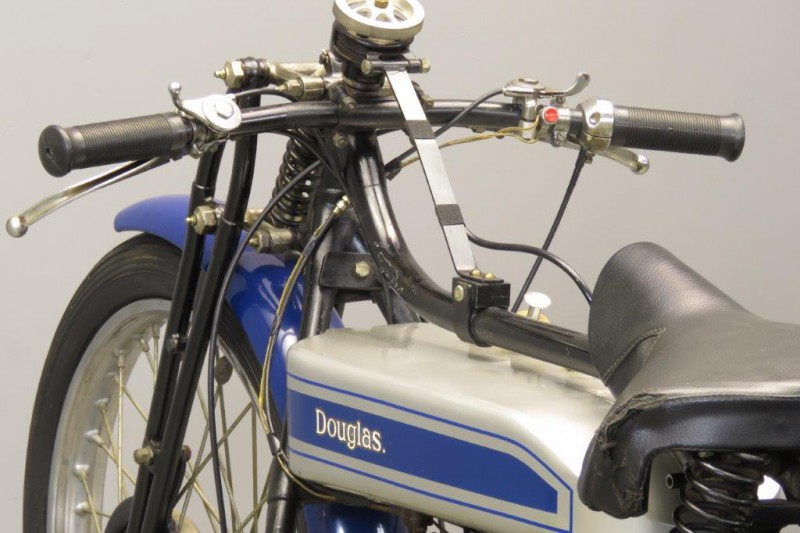 When speedway racing arrived in Britain in 1928, the new sport quickly caught the public’s imagination and before long  many major  UK manufacturers listed a dirt track model, Douglas being the  first marque to establish dominance  with its 500 cc DT 5 and 600 cc DT 6  overhead valve models.
The company’s inline flat twins had benefited from much prior development on the Australian long tracks, but as shorter tracks became the norm in the U.K, the DT’s otherwise excellent handling could no longer compensate for the handicap of a longish wheelbase.
Nevertheless, away from the speedway tracks, the DT in its less specialized “SW”  form proved a most competitive mount.
“For general racing work, the SW versions very also available at the same prices.
These models differed only in the provision of brakes for both wheels, full mudguards, a silencer, a nearside footrest and a flywheel clutch.
They were eminently suited for sand or grass, as the ever mounting list of racing successes showed. The additional equipment enabled them to be ridden to meetings without infringing the Road Traffic Acts” ( From: Jeff Clew,  “The best Twin”.)
This powerful SW 5 is equipped with an improved clutch and brakes.