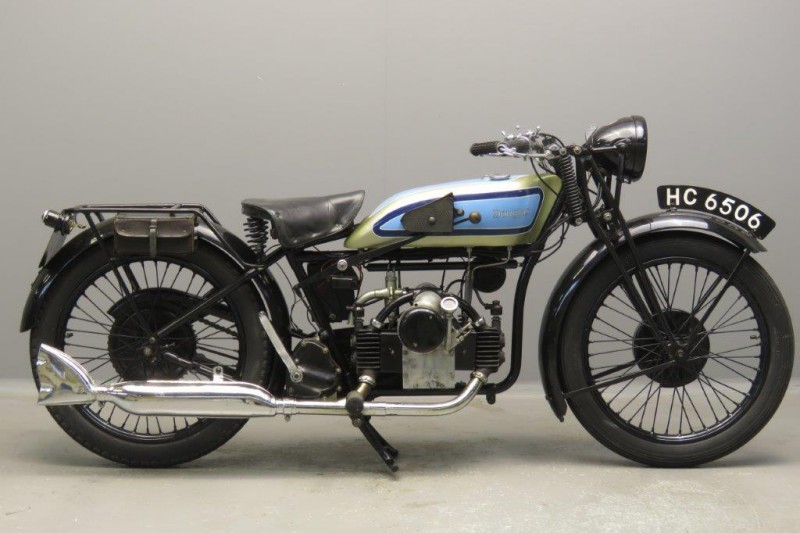 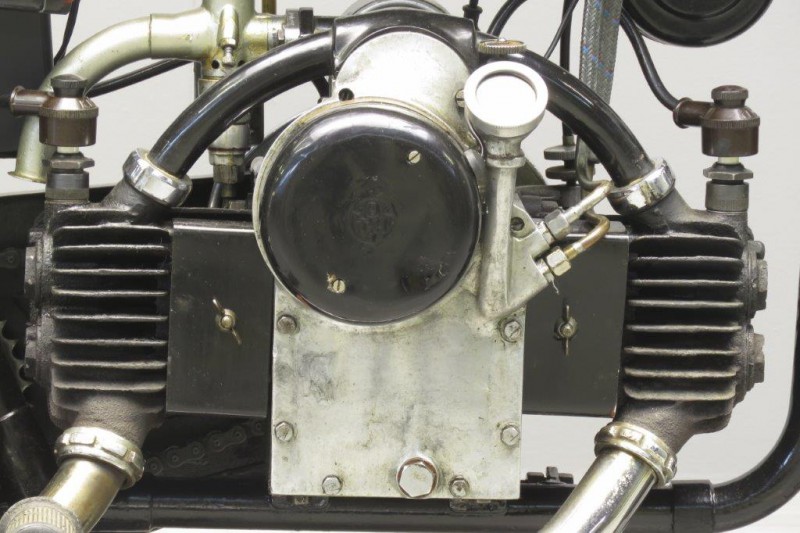 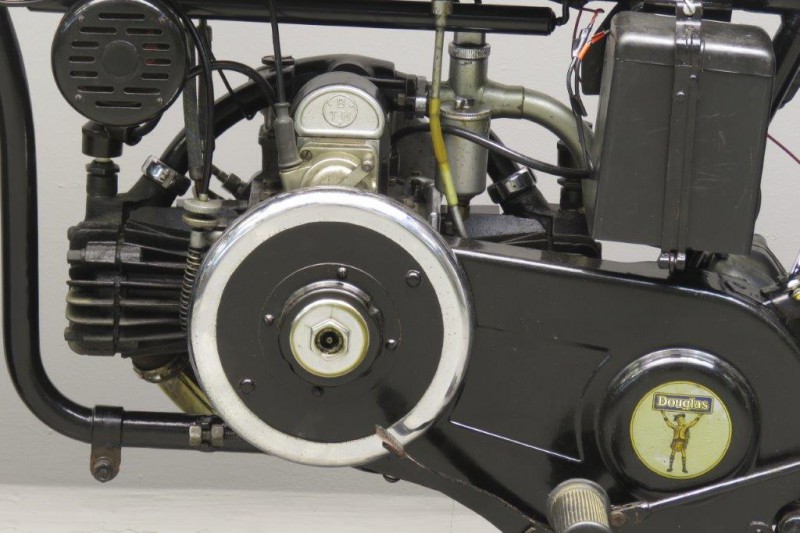 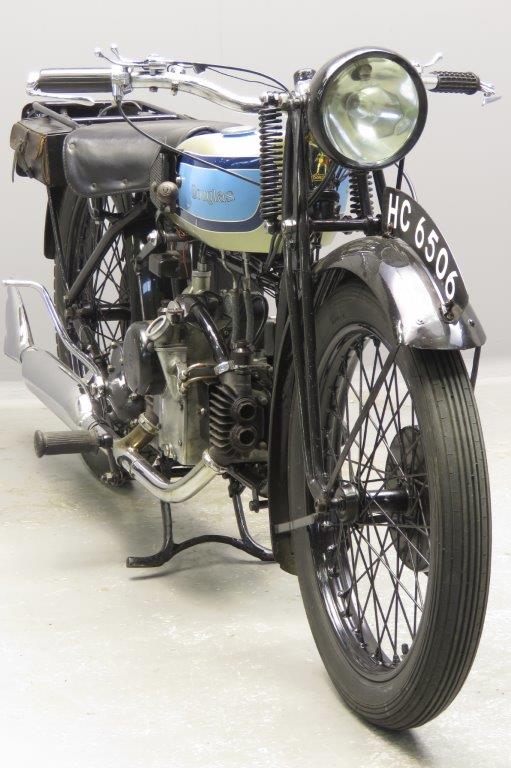 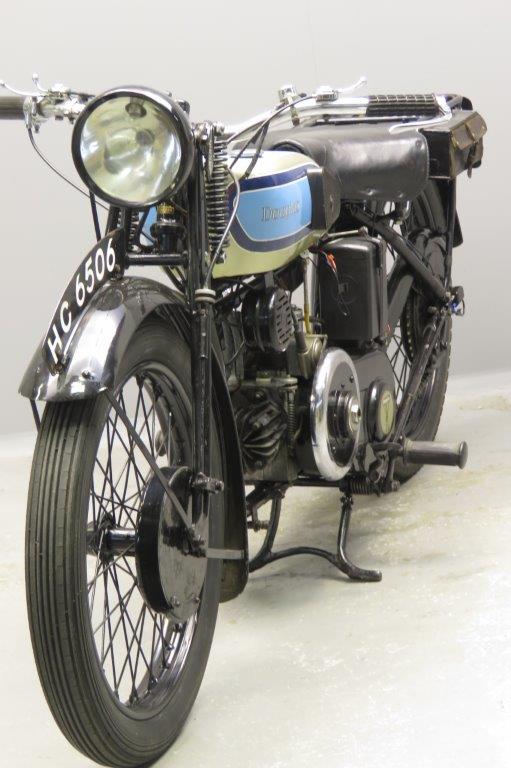 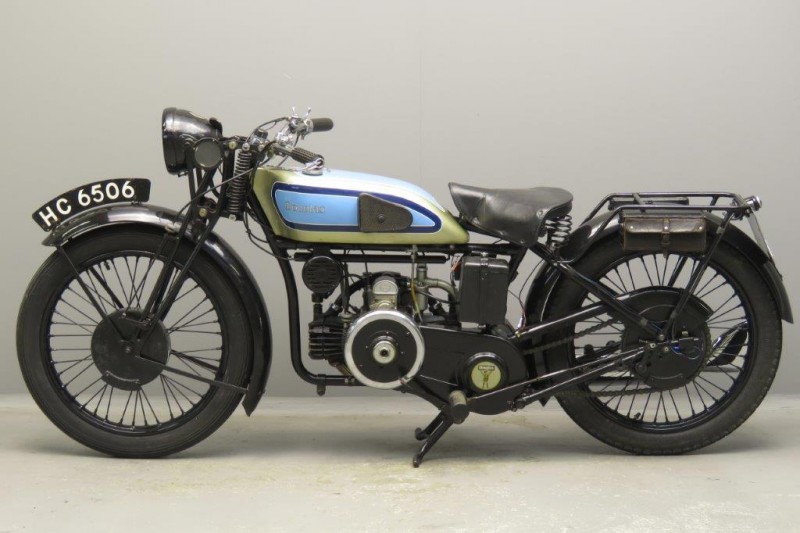 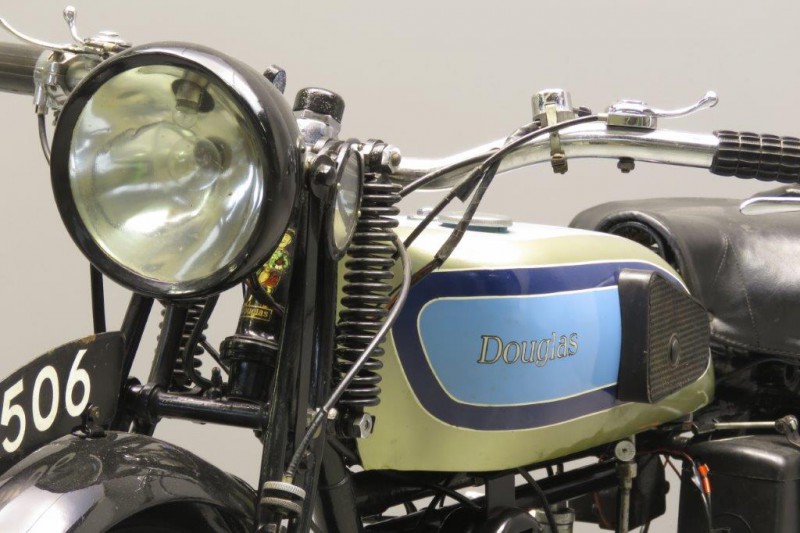 The 348 cc flat twin had been the mainstay of the Douglas range since the years before world war one.
It got its first real update in late 1925 – the EW – and it was restyled again for the 1929 season.
The new “B 29” model had a finned sump bolted to the underside of the engine.
Other modifications included the use of a much larger silencer, black painted valve caps, new flat top pistons with three rings and heavier valve gear.
It also featured a new design of saddle tank, holding 2 ½ gallons of petrol. In retrospect, 1929 would be the year with the highest number of registered motorcycles: some 730,000 were in use that year and the Depression would soon show its mark on that number. Motorcycle manufacturers had to cut costs and lower their prices.
The 1929 348 cc model was priced at 51 pounds and five shillings; the 1932 price for the comparable A.32 was 41 pounds, a reduction of almost 20%.
The A.32 was a relatively light machine, it was designed to weigh under 224 lbs. so that it would fall under a cheaper tax class.
The weight reduction and cost-cut meant that the aluminum oil sump was dispensed with and the oil was carried in a compartment of the petrol tank.
Apart from the A.32 there was one more 348 cc machine, the B.32 “Touring and Overseas” which had bigger mudguards and a more substantial carrier, to name a few differences. A practical feature of both types was the “Easy Lift” centre stand that, according to the catalogue, “can be put into action without leaving the saddle”.
This light and practical post vintage Douglas is a well-running older restoration.