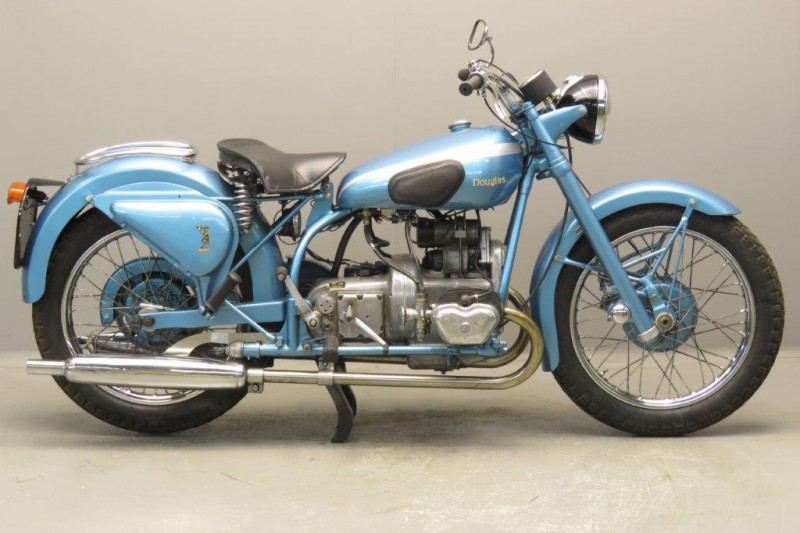 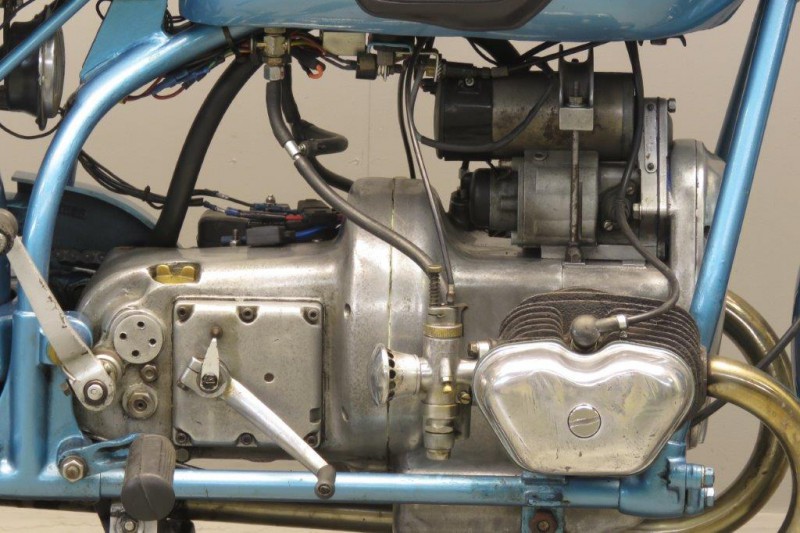 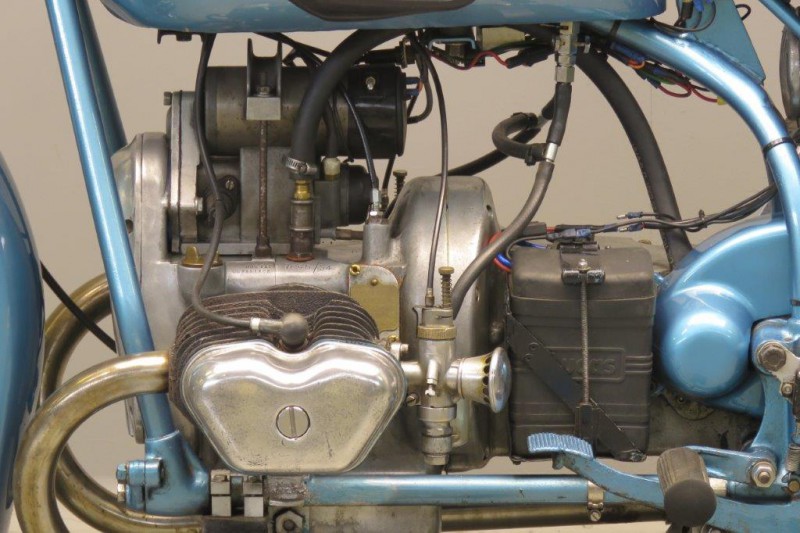 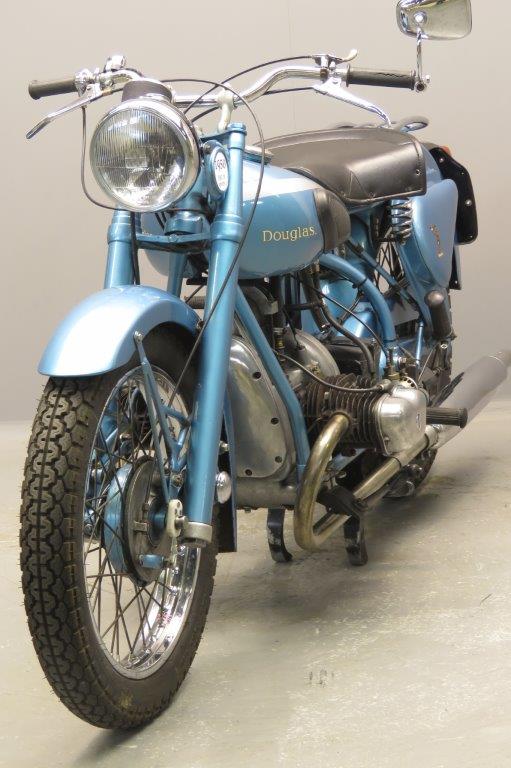 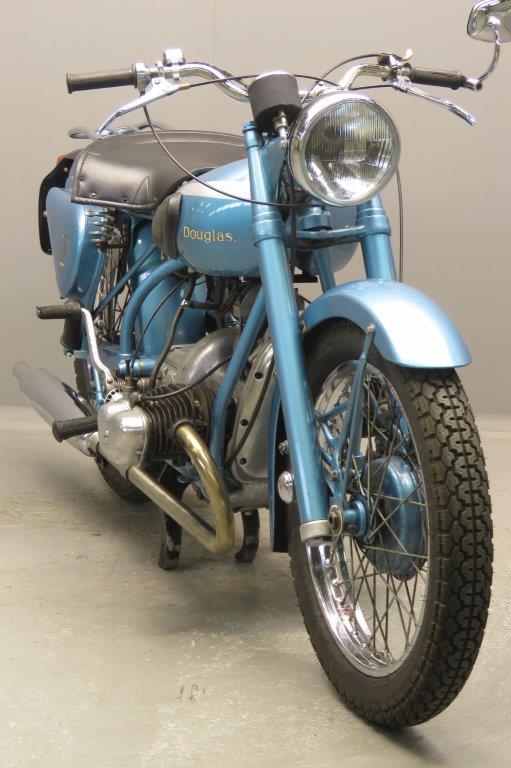 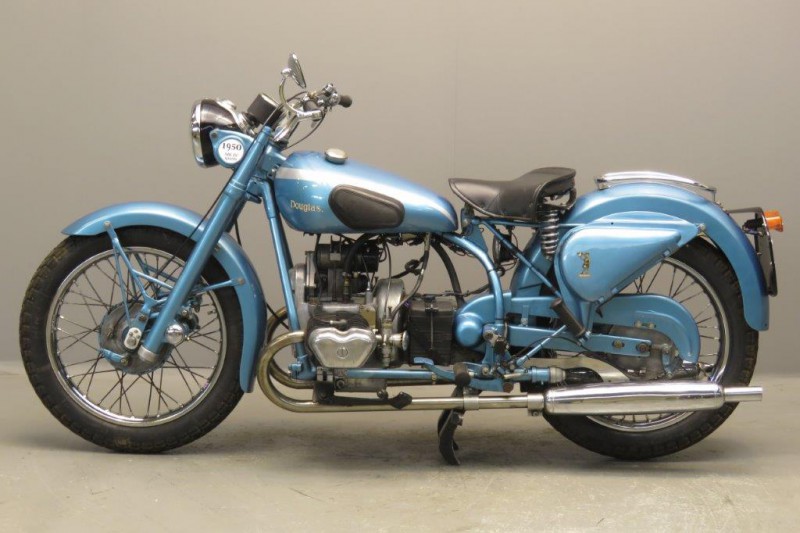 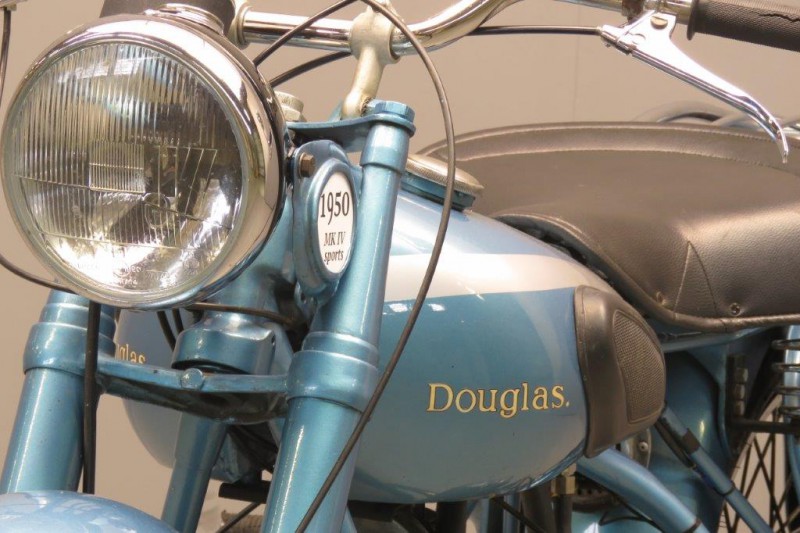 Douglas commenced post-war production in 1947 with a flat twin, though unlike the vast majority of its predecessors the T35 mounted its engine across the frame.
The former was of unitary construction while the latter displayed even greater innovation with its torsion bar-controlled swinging-arm rear suspension and Radiadraulic leading-link front fork.
Its advanced running gear endowed the Douglas with excellent handling and steering, while the willing engine could propel the ‘Dougie’ to 70mph and return 60-plus mpg.
Freddie Dixon improved the bike for 1948, the revised MkIII featuring new cylinder heads and a stronger frame, while 1950 saw the introduction of the MkIV, as featured here, with its distinctive triangular toolboxes, frame-mounted pillion footrests and un-sprung front mudguard.
The origins of this Douglas lay in Denmark from where it was imported by a Douglas enthusiast in more recent years.
The bike was fully restored and received new valve and valve guides, new rims, wheel bearings, brake shoes, tyres etc.
She is on 12 Volts now and has been converted to electronic ignition.
With the bike come some spare parts and a workshop manual.
This matching numbers Douglas is EU registered and is ready for the road.