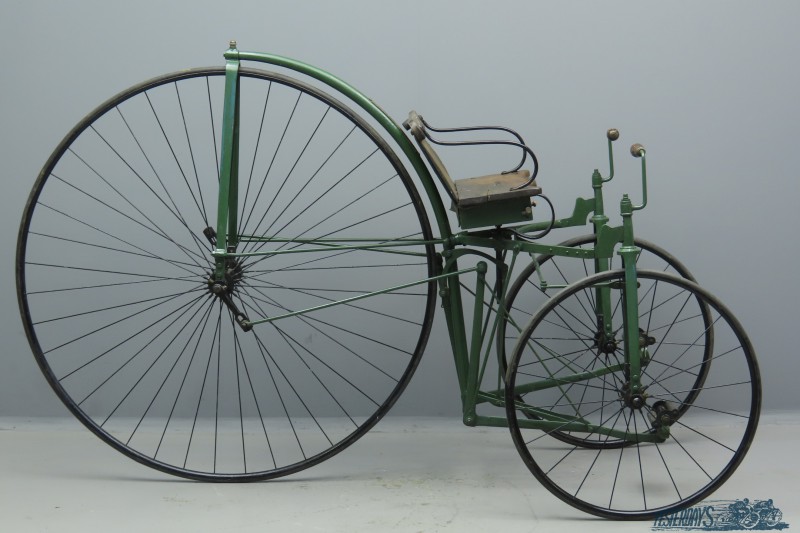 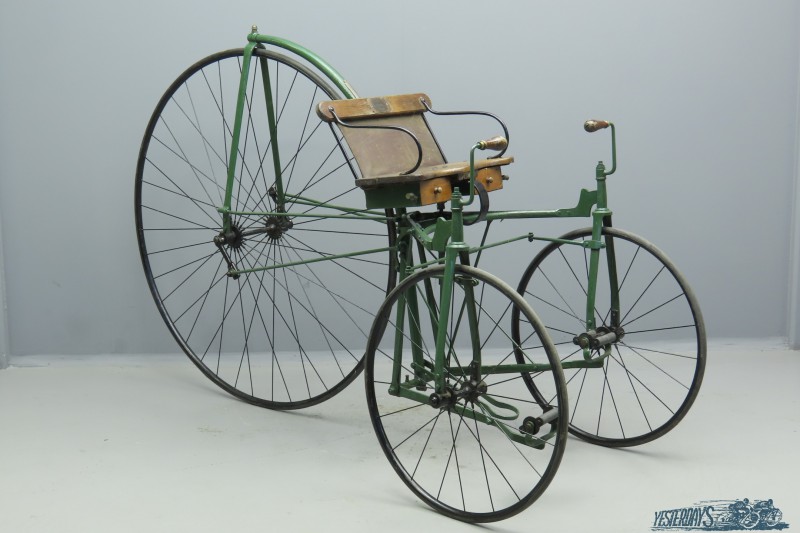 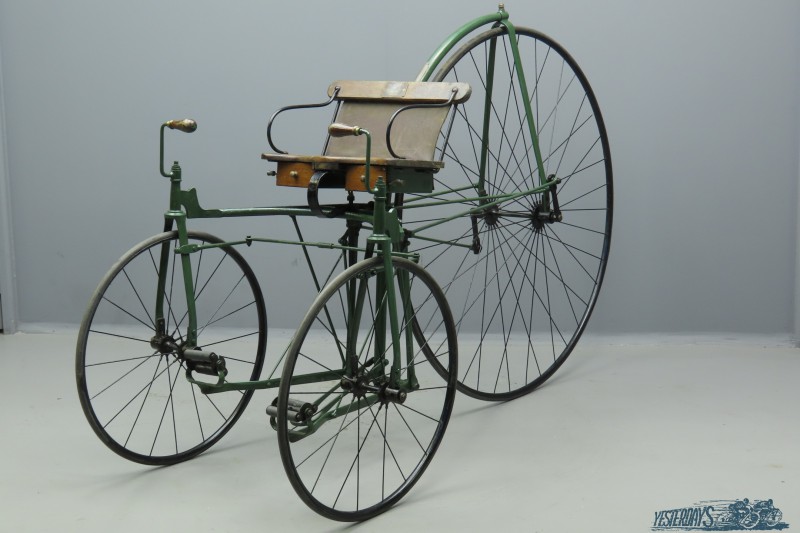 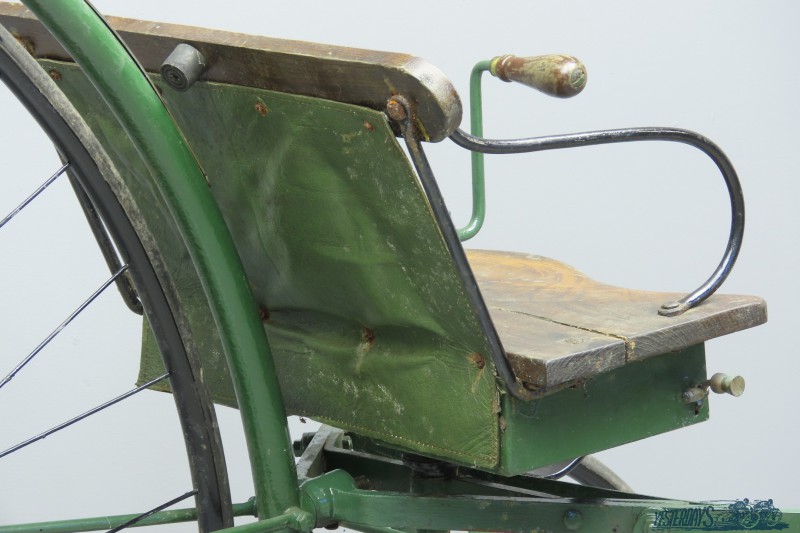 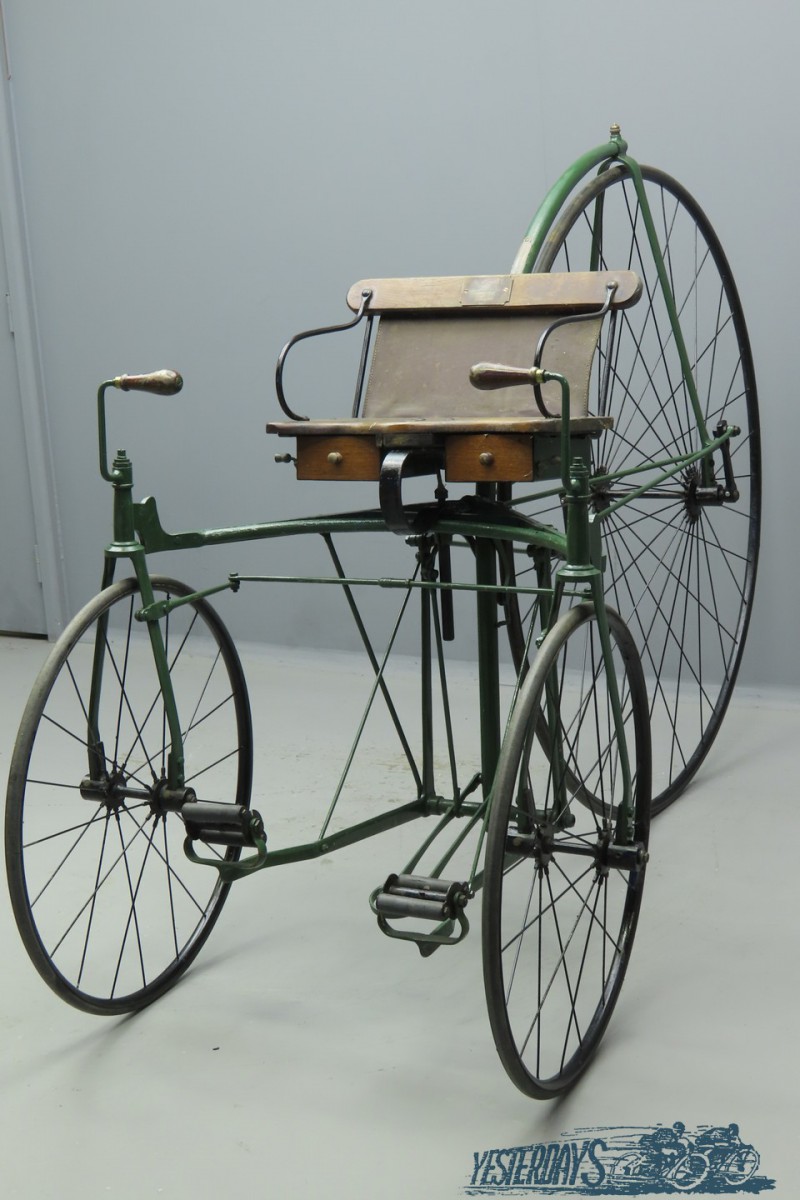 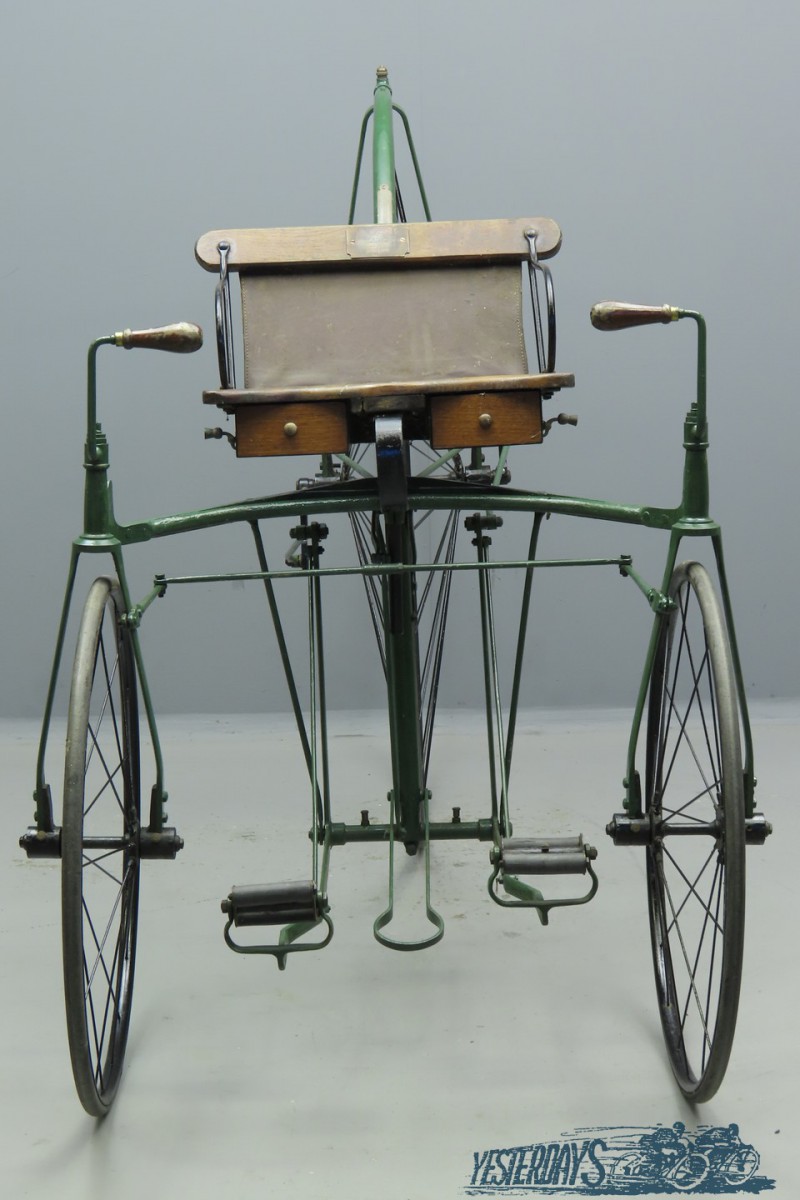 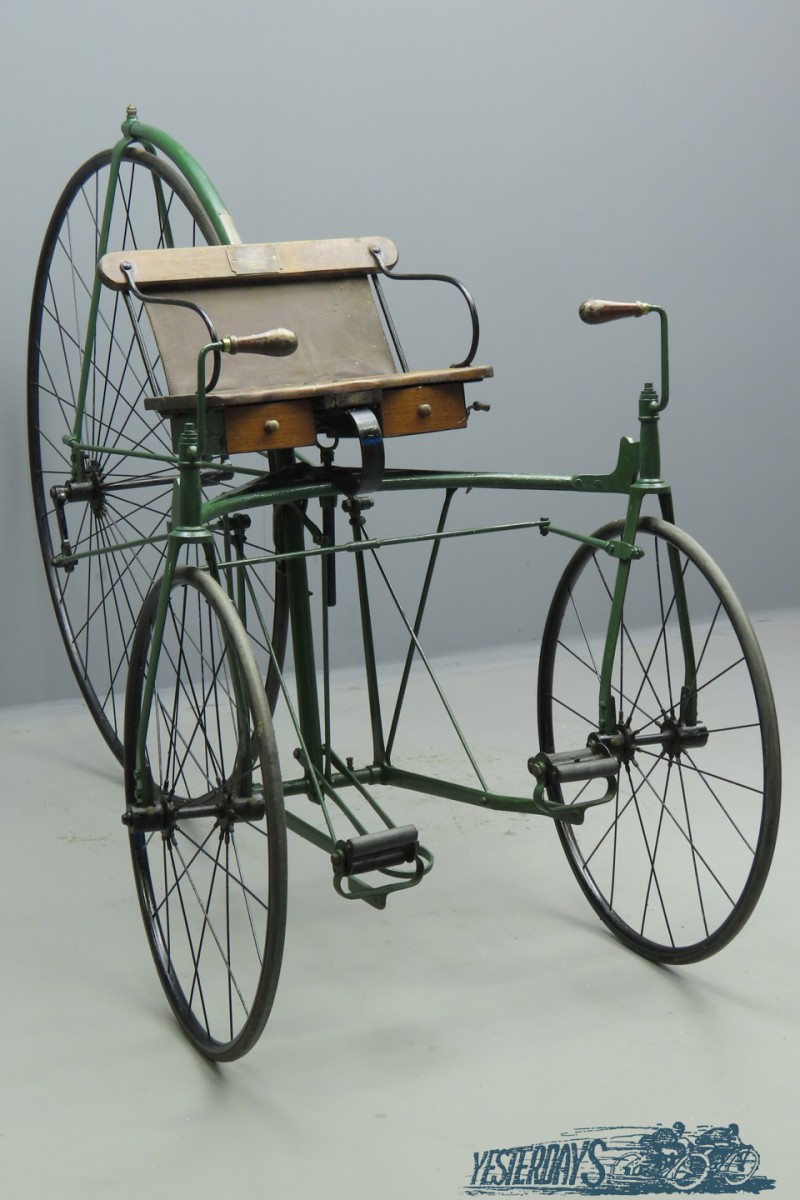 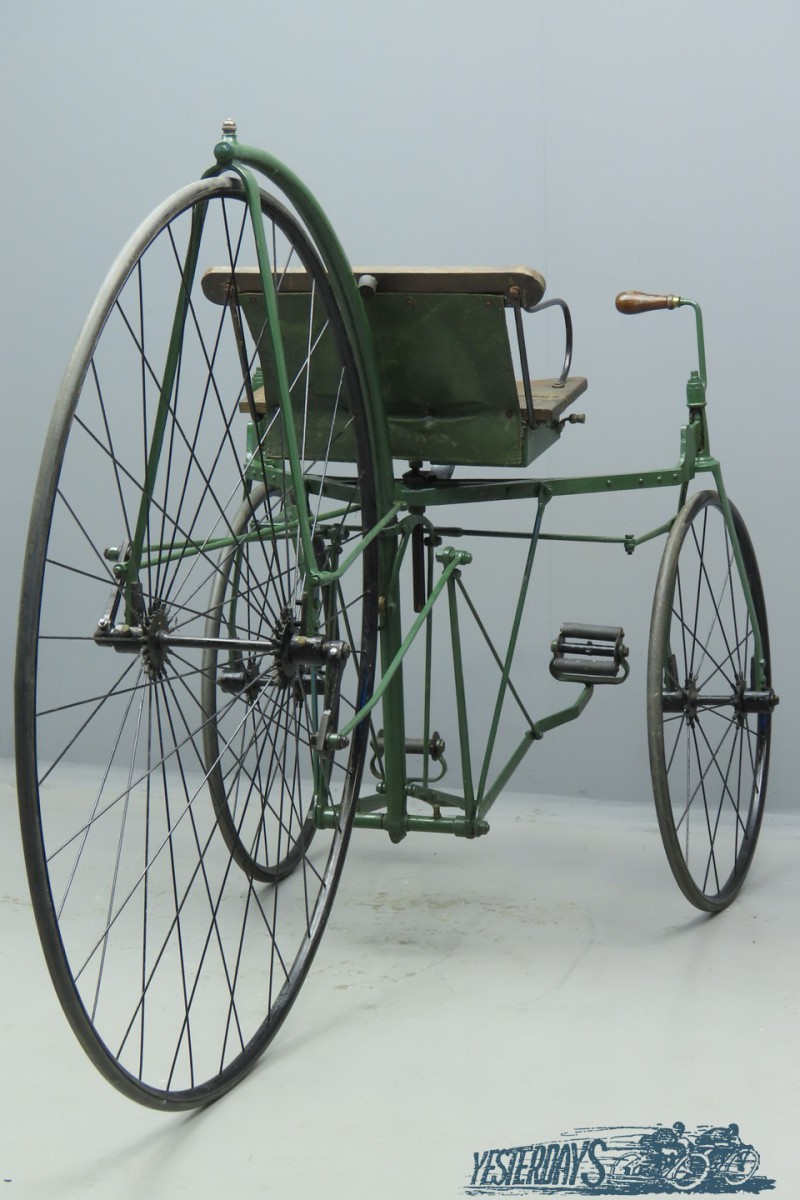 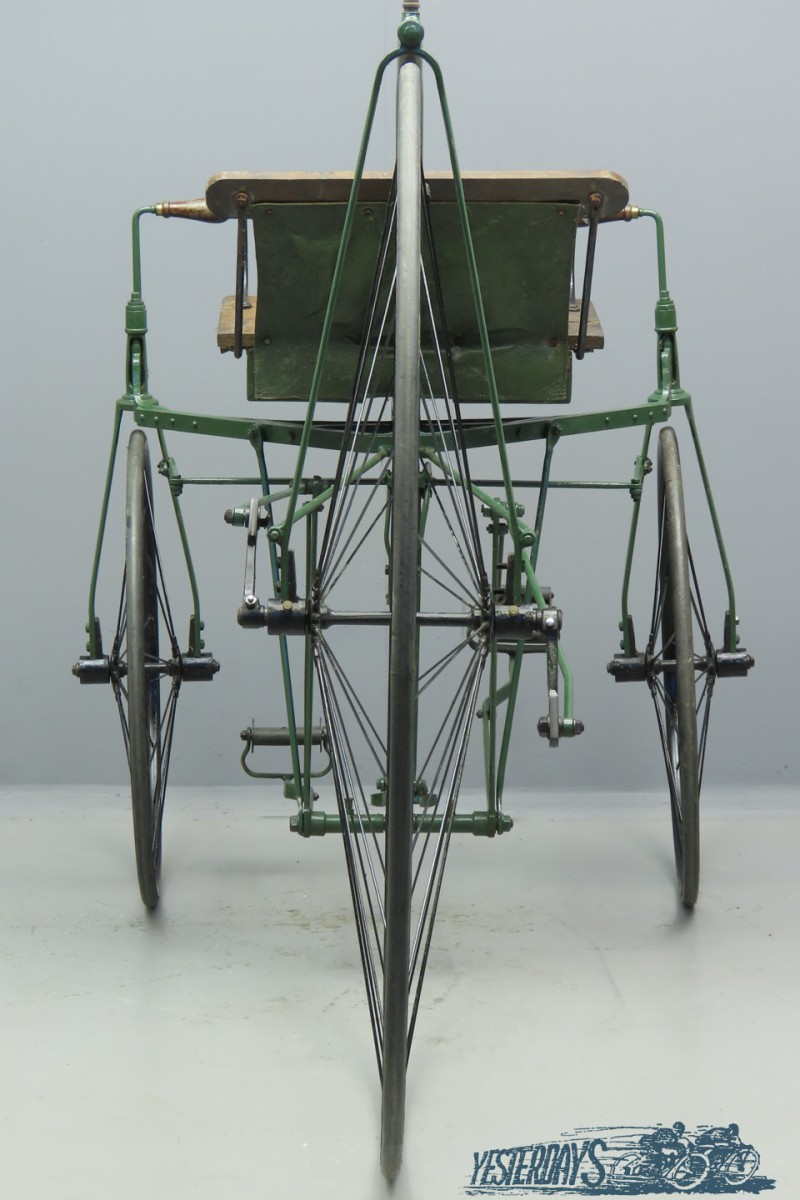 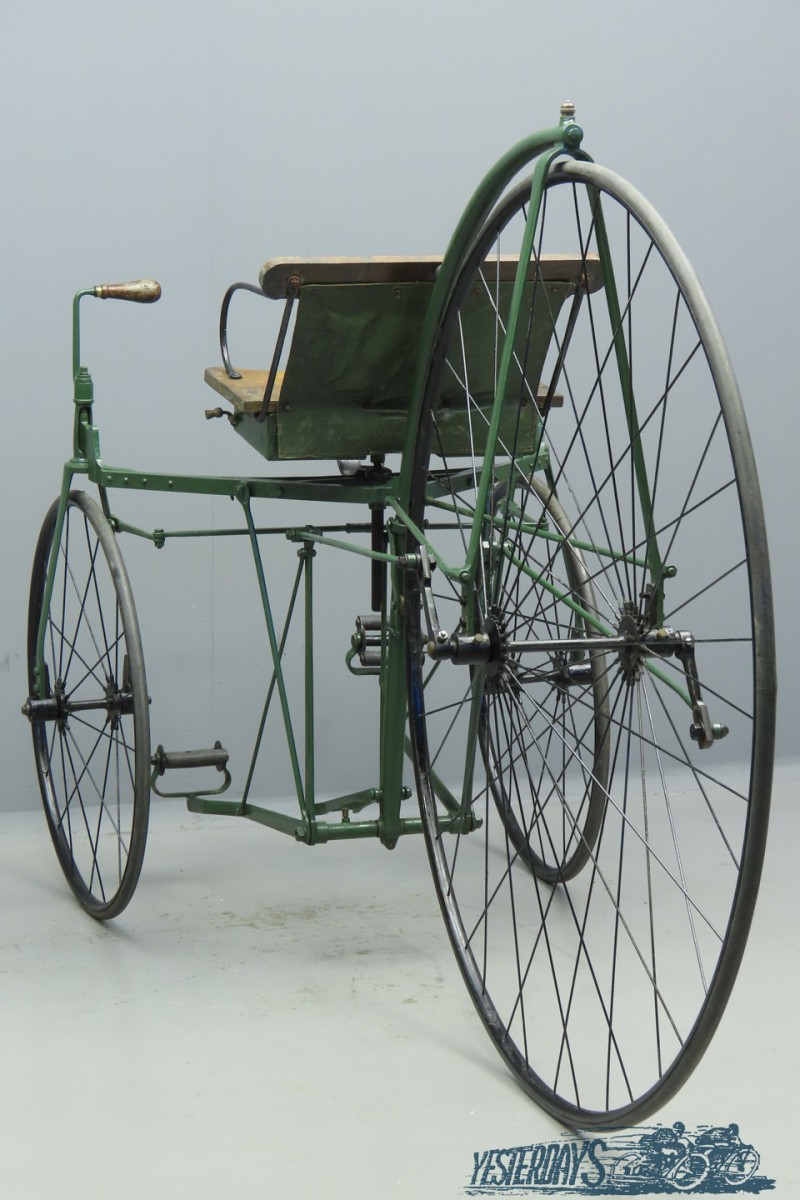 “Dublin” tricycle
From the 1880s tricycles were used by women and older men who found them safer, easier and more comfortable than ‘high-wheelers’.
The tricycle that is regarded by cycling historians as the first practical tricycle was the “Dublin” that was patented by the Irishman William Bindon Blood in 1876.
Blood was professor of engineering at Queen’s College Galway (1850-1860).
According to the Irish Cyclist and Athlete (19 March 1890), Professor Blood ‘may fairly be described as the first Irish cyclist,’ having begun cycling to work in Galway in 1852 on a contraption he built of wood, with iron rimmed wheels.
Slow and noisy, it must have attracted a lot of ridicule, but he continued to use it throughout his tenure in Galway, and evidently to ponder how it might be improved upon.
The following is from an advertisement for its successor of 1876, the ‘Dublin Tricycle’:
“After a little practice, this tricycle can be driven with ease at a speed of from five to ten miles an hour, according to the nature of the road and the skill of the rider.
There is no difficulty in getting into or out of the seat; and the carriage is perfectly safe, there being no tendency to upset… [It] can be used with ease, not only by gentlemen but also by ladies, as it can be adapted to the requirements of the fair sex by the addition of a lightly-framed apron.”
Blood had designed the steering system in such a way that the inner wheel turned more sharply than the outer to improve stability.
This principle was a variation of Rudolf Ackermann’s patent of 1819.
The “Dublin” was built by eminent cycle makers such as Premier and Singer for some years around 1880.
The specimen we offer is fitted with a wooden seat and a leather backrest.
Under the seat there are two little drawers; there’s a foot brake acting on the large driven wheel.
We are not sure about the provenance of this interesting tricycle.
It’s well-made and built with appropriate materials and techniques but we are not sure when it was actually manufactured.