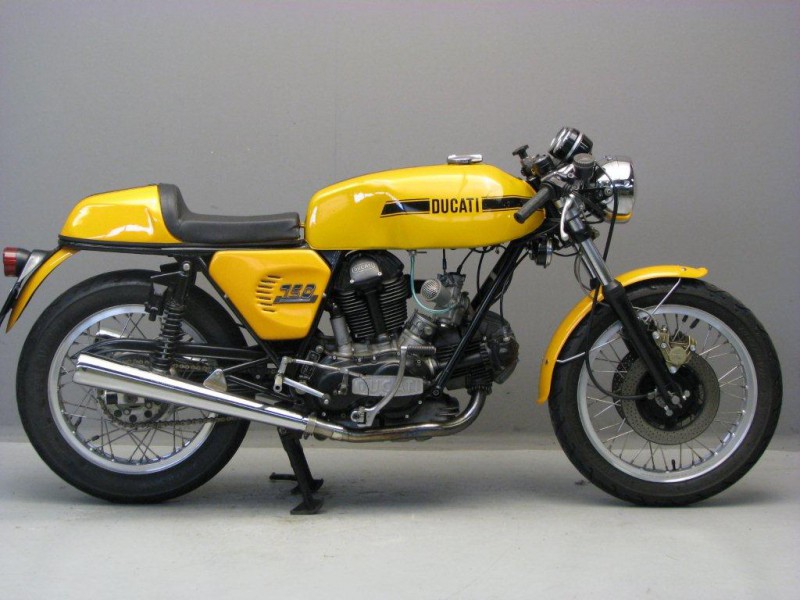 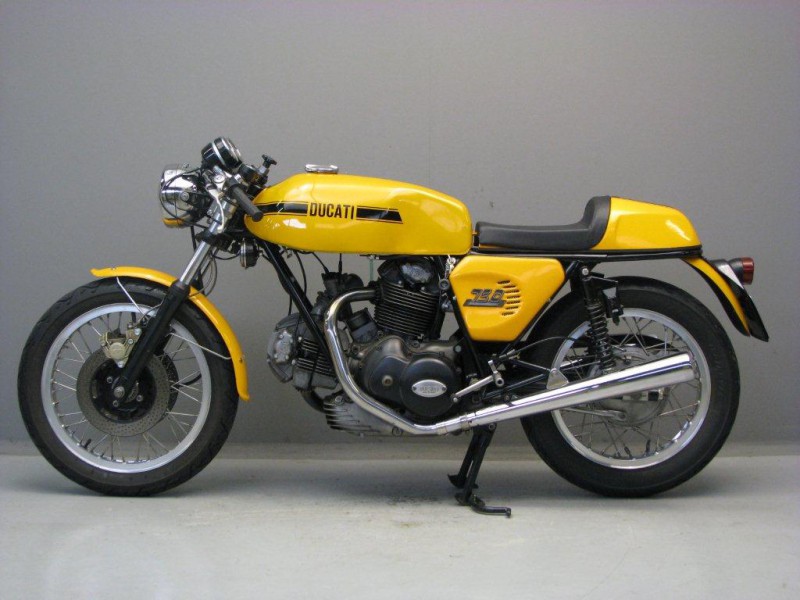 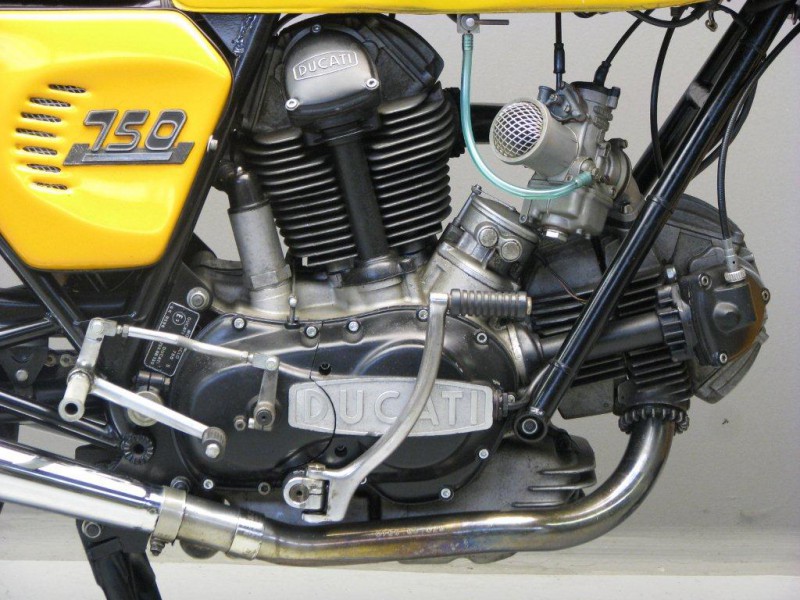 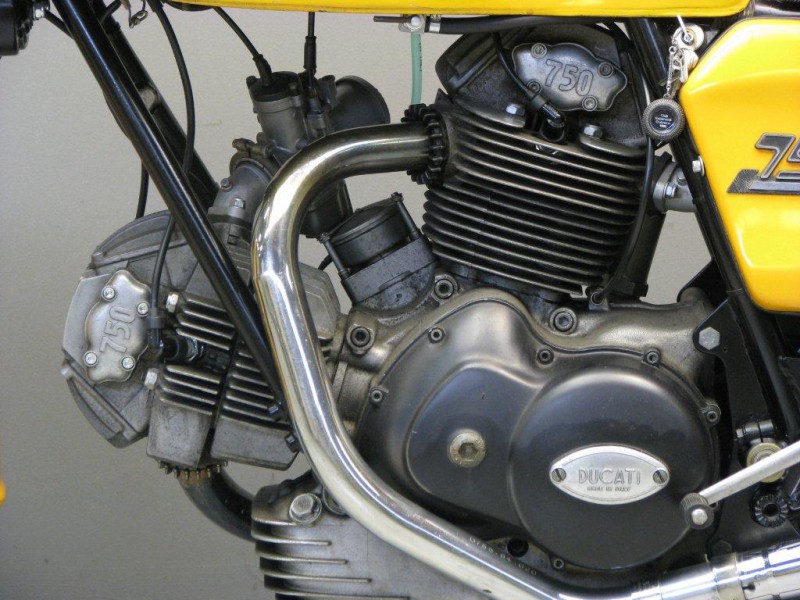 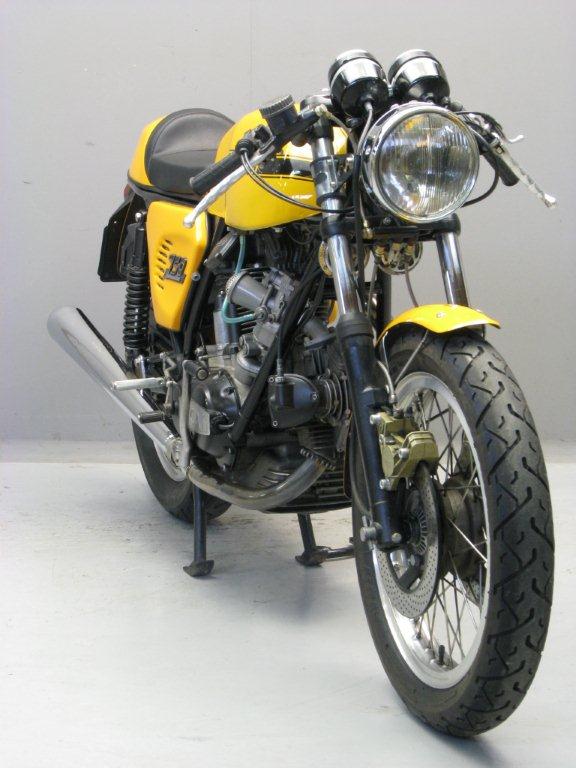 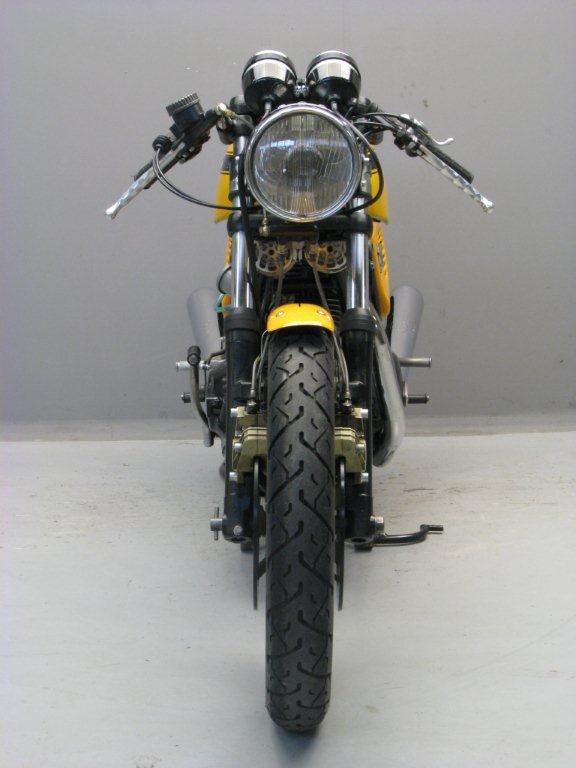 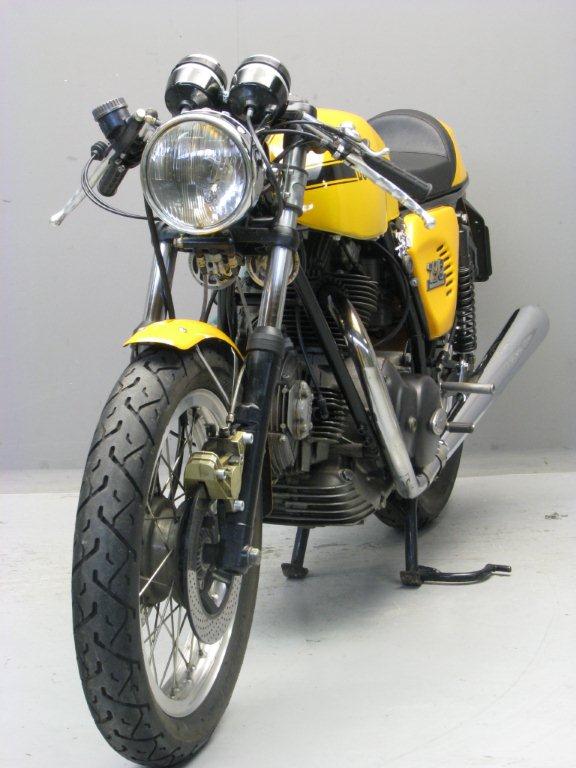 Ducati may be synonymous with V-twin sportbikes today, but it wasn’t always that way.
In fact, for much of its early life, the Italian company was known for its sporting singles.
All that began to change when Fabio Taglioni—the famed Dr. T—designed a 748cc, 90-degree V-twin engine first introduced to the Ducati line in 1971.
Essentially two bored-out 350cc single jugs joined together, the 750 featured overhead cams operated through a shaft drive and bevel gears. The valves used coil springs in place of the previous-generation hairpin springs, although Dr. T had further developments on the horizon in that regard.
That first year, the engine was introduced in the GT750, with a styling package that was more standard than sport.
But the GT, with its dual seat and high bars, never quite measured up to the promise of the sporting engine.
It wasn’t until 1972, when the 750 Sport was added to the line, that a true classic was born.
Engine changes for the Sport, were actually rather minimal.
Forged high-compression pistons were added, as were larger, 32mm Dell’Orto carbs.
The bike was an instant cult success, hailed widely for its handling and exclusivity. Some of the greatest hyperbole came from “The Wonderful World of Cafe Racers,” a magazine of the day: “The motorcycle’s handling is so stable that ineptitude becomes mere mediocrity, mediocrity in turn graduates to competence and competence blossoms into sheer corner-swooping finesse.”
The best was still to come, though. After racing successes with 750cc V-twins redesigned to use desmodromic valve actuation—a system utilizing separate cams to open and close the valves that had been successfully incorporated into the motorcycle world by Dr. T in the late ’50s—Ducati introduced a production model desmo: the 750 Super Sport.
The machines were so well received by enthusiasts that they became the foundation of the modern Ducati line.
This Ducati 750S had one owner for the last 10 years.
It is in a good used and well maintained condition and runs extremely well.