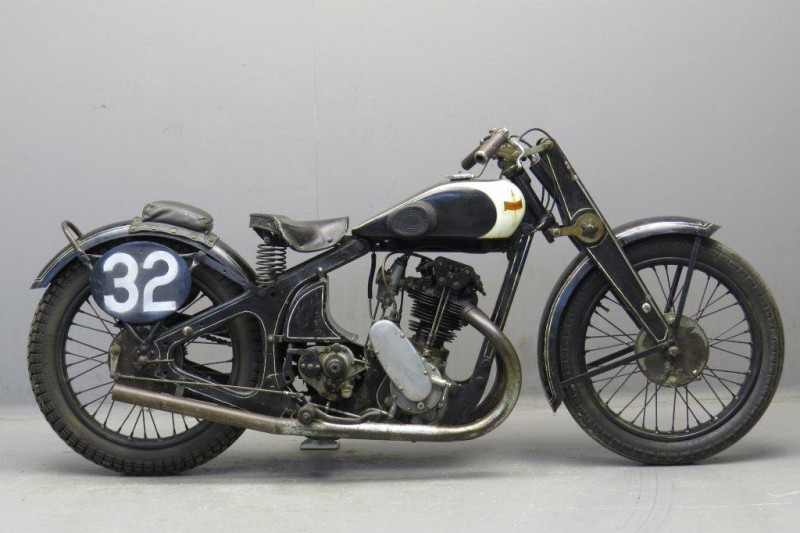 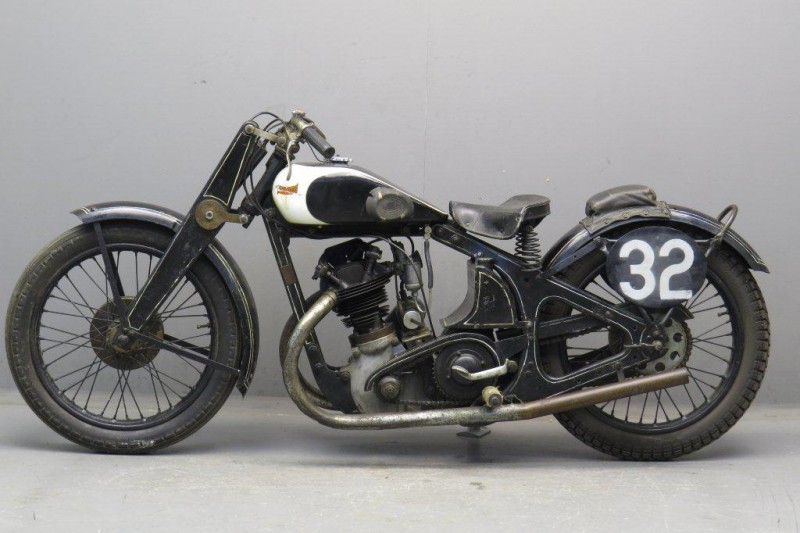 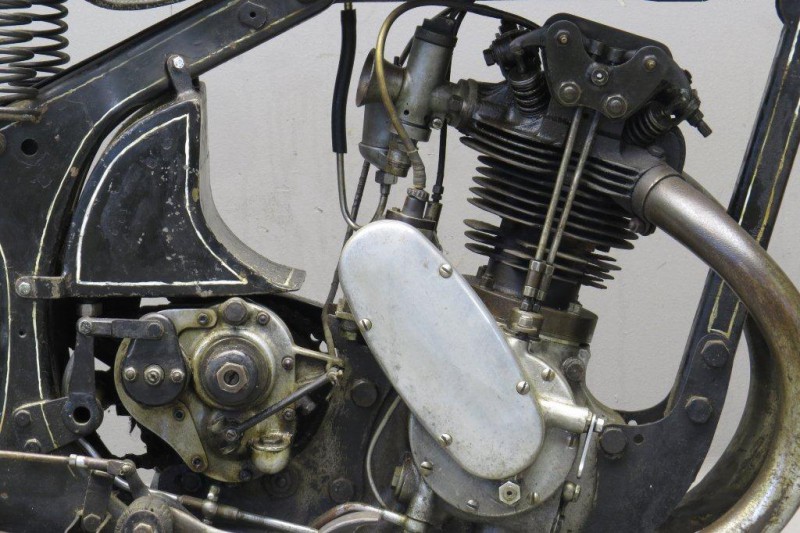 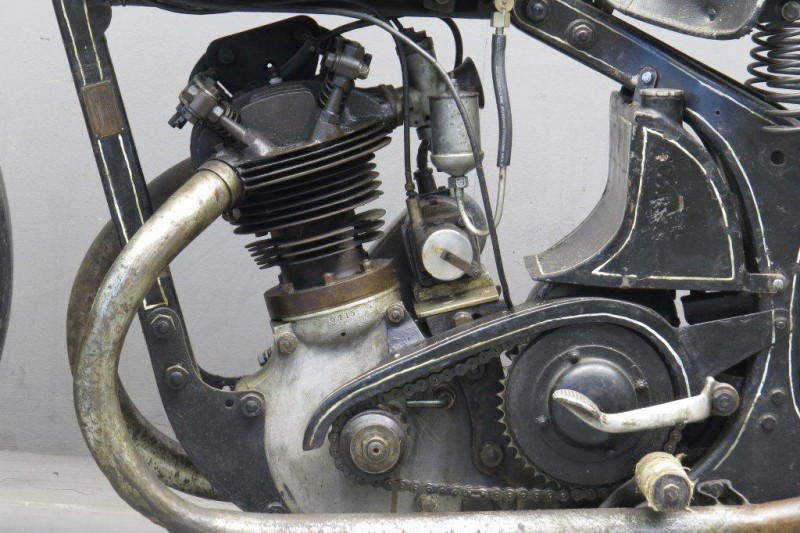 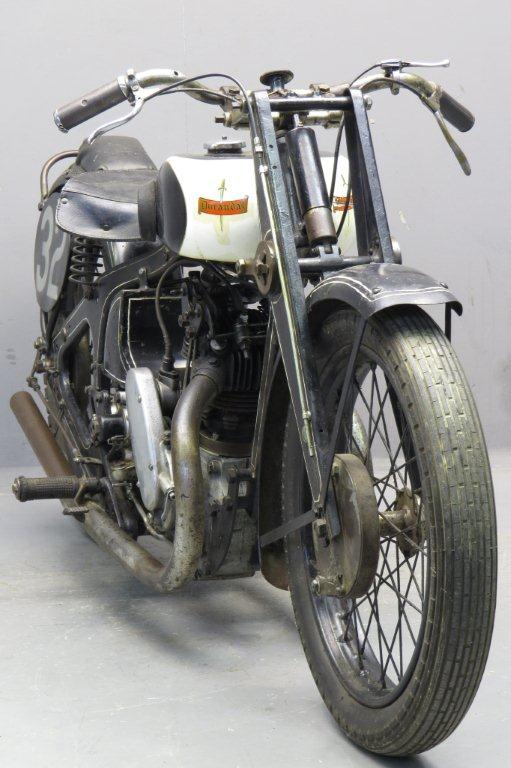 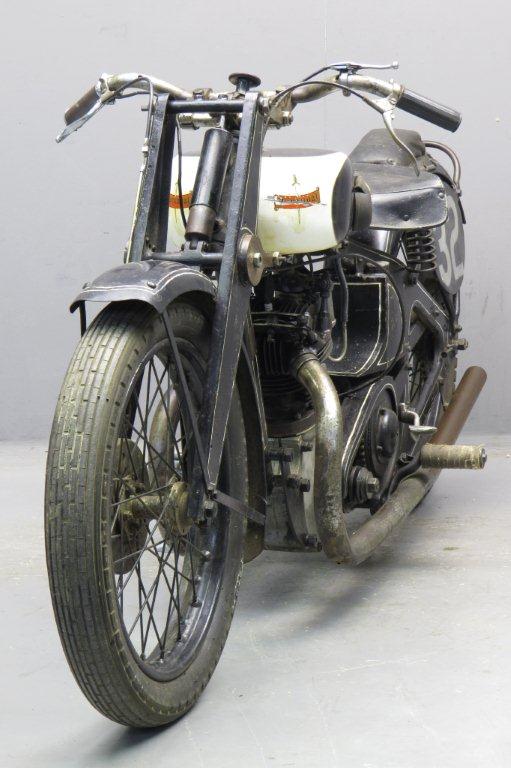 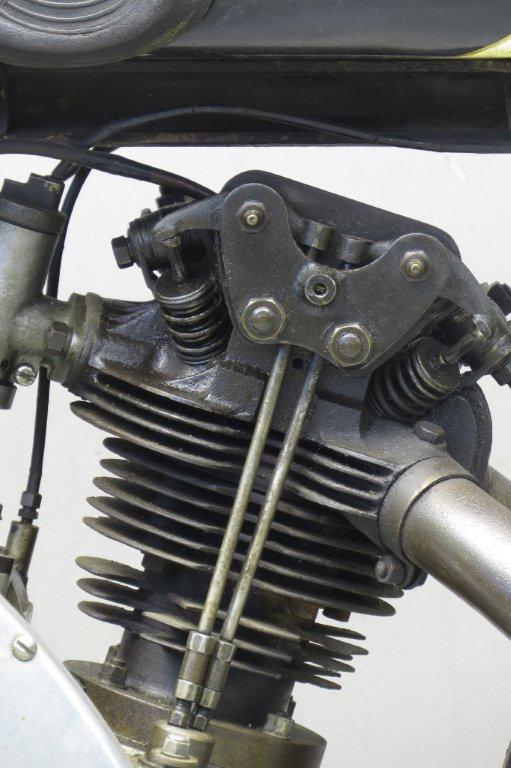 In 1926 Philip Ulberich founded his “ Societé Anonyme des Motocyclettes” at the Rue de Reims in Dijon.
He chose the marque name “Durandal” after the unbreakable sword of the legendary folk hero Roland.
In the six or seven years of production many different frame – and -engine combinations appeared under this venerable name.
It was in 1930 that the finest Durandal of all appeared.
The English Rudge company had recently begun selling its engines separately under the “Python” marque and the new Durandals were powered by these magnificent units – which boasted four radial valves – in 350 and 500 cc capacities.
The gearboxes came from the same source, were initially hand change and after 1931 foot change.
These lively machines were delivered in road-going trim, but a racing version ( recognizable by its thinner- section tyres) was also available. The Durandal- Rudge was virtually the only French racing bike available to customers and its competition results spoke volumes.
For example, a 500 cc Durandal Rudge took the motorcycle record for the Mont Ventoux hillclimb in 1933.
But the economic crisis of the early Thirties and fierce competition of the neighboring Terrot sounded the death nell for Durandal, which disappeared in 1933.
Total production is estimated at 200 to 300 units; around 40 are said to survive. (adapted from Edito-service S.A)
This rare vintage racing machine has a pressed-steel frame and forks.
It is complete but unrestored.