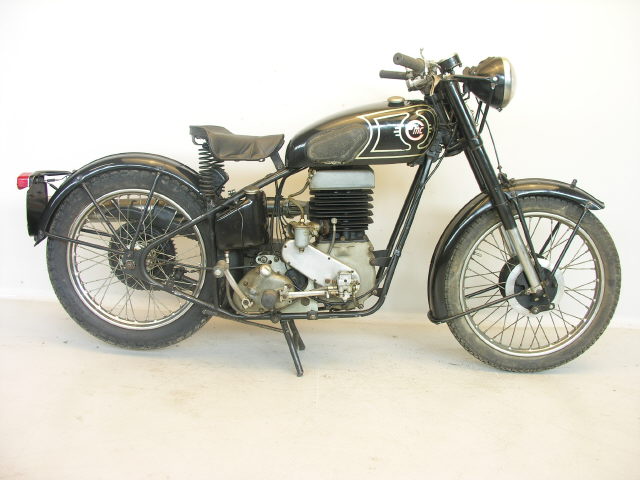 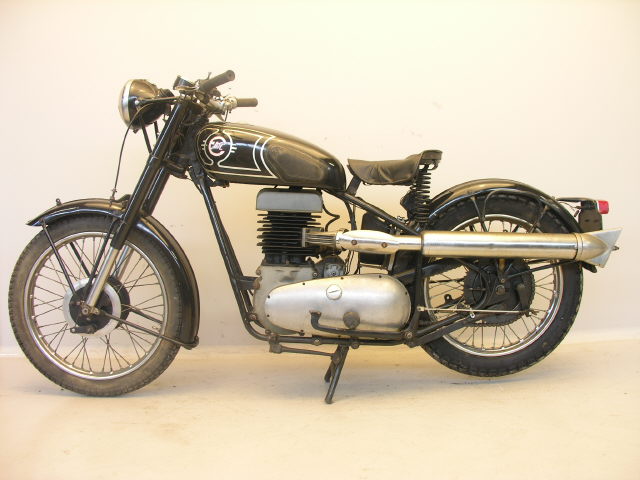 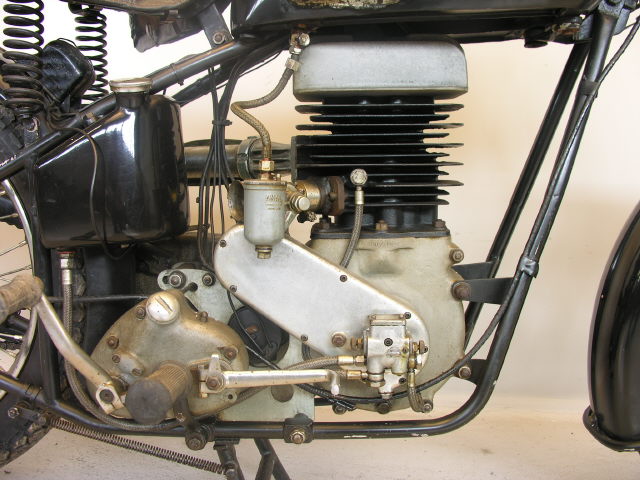 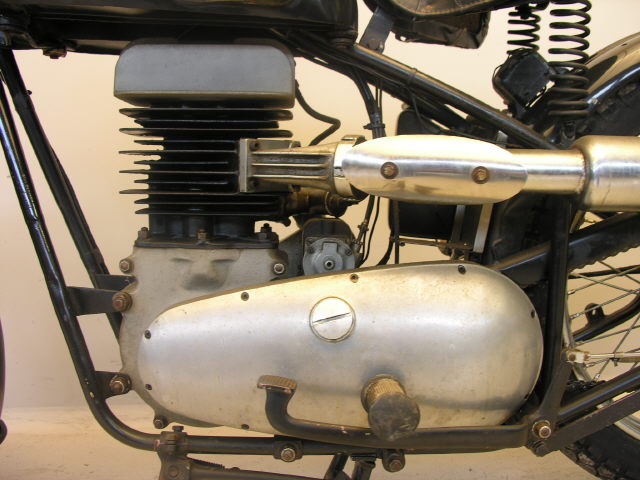 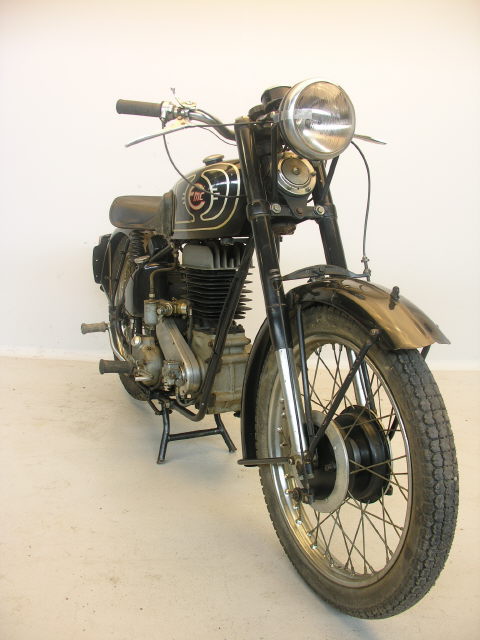 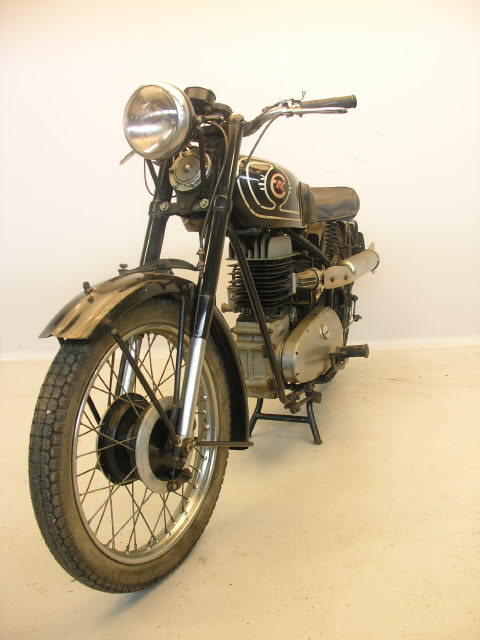 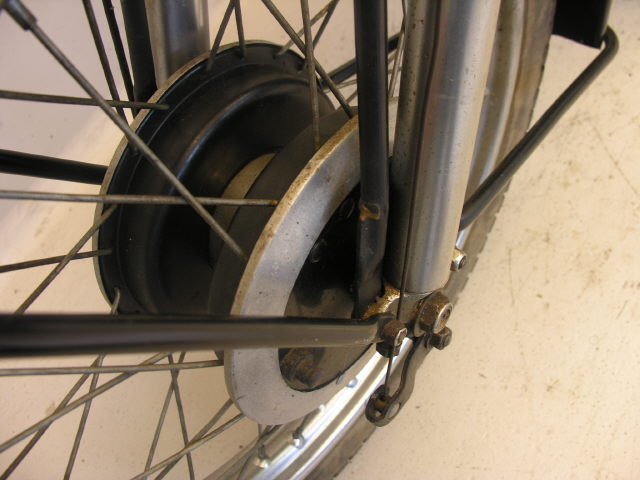 This EMC was built in 1947, but as they were a, expensive and b, of complicated design, the british motor cycle fraternity would not buy them, approx 200 bikes were sold in the UK, and about 26 still exist.
The frame number MK1/116/47 identifies this as the 16th  EMC built and the 47 is the year it was built.
The 1st EMCs built had HRD type twin  front brake and 20" front wheel. Lubrication was metered by a pilgrim type pump, and the tank was painted with the silver lining.
These three were modified in 1948, alloy hubs replaced the HRG type hub , the pump was converted  and controlled by cable from the throttle, and the tank lining to red and gold.
The rest of the bike remained unchanged although an Albion  gear box replaced the Burman original and the magneto, the TT magneto was replaced by a Lucas model.
This is a very nice bike, that probably did not sell until 1950, hence the year, this was not uncommon on some makes in those days.