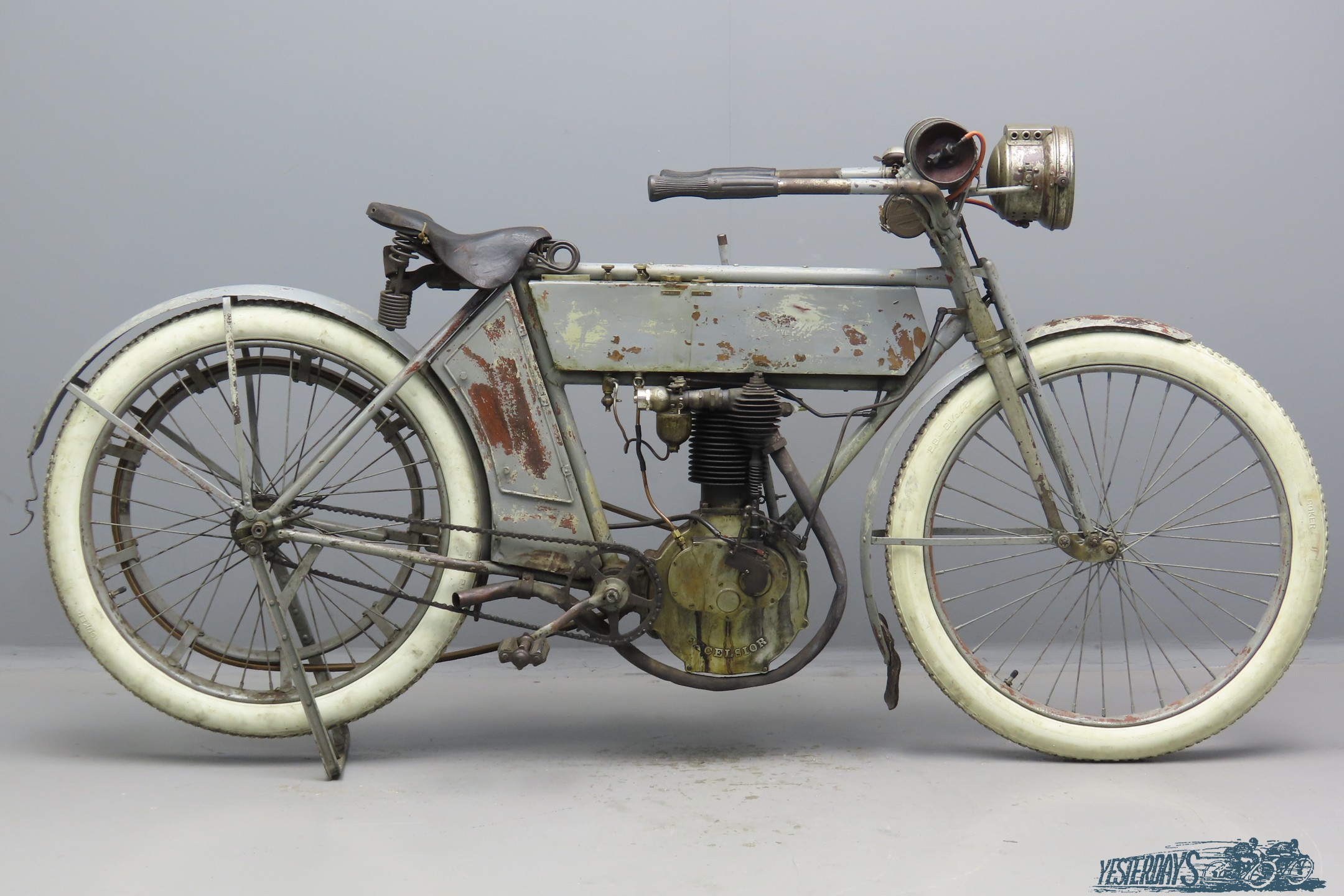 In 1905 a young German immigrant, Walter Heckscher, began building a motorcycle in Chicago.
He designed several machines but settled on a De Dion type single cylinder engine with the crankcases integral to the keystone frame.
The motorcycle proved very reliable and was able to withstand the rigors of the period roads while attaining speeds of 35 to 40 mph.
Heckscher built perhaps 60 of these machines through 1906, attracting the attention of investors.
His design was taken over by The Excelsior Supply Company, initially a company devoted to the manufacture of bicycles and bicycle parts.
The new motorcycle got the name “Excelsior Auto-Cycle” and was marketed at the end of 1907.
With the fledgling company doing well, production was stepped up with encouraging sales across America and several foreign countries. A V-twin was added to the line in 1910.
But financial issues were haunting the company and several manufacturing concerns were interested in a take-over.
Ultimately, bicycle magnate Ignaz Schwinn purchased the manufacturing rights, plant, merchandise and several hundred existing motorcycles from the Excelsior Auto-Cycle Company on November 15, 1911.
Under Schwinn’s wings the Excelsior would become one of the Big Three of the American motorcycle industry.
In 1931, in the midst of the Great Depression, Ignaz Schwinn decided to end all motorcycle production.
This early single is a truly basic motorcycle: it has an atmospheric inlet valve, direct drive through a flat leather belt (in 1912 chain drive became available) and coil ignition. Battery and coil are well protected in a metal box behind the saddle tube.
The lever on the left side of the petrol tank operates the belt tensioner. A quote from the catalogue: “A great and readily appreciated advantage of this driving mechanism is the free engine effect obtainable thereby.
The belts are run loose enough that when the idler is entirely released the engine may be allowed to run free with the machine standing still.
This is found of particular value in city service where momentary stops at street crossings are found necessary”.
The front suspension is taken care of by a leading link system with coil springs in the fork tubes and ignition and throttle are controlled by jointed shafts that are connected to the left and right handlebar grips.
This well-constructed early American single comes in unrestored condition and is fitted with original leather “Excelsior Supply Company” saddle and acetylene lighting system with handlebar-mounted Prest-O-Lite tank.