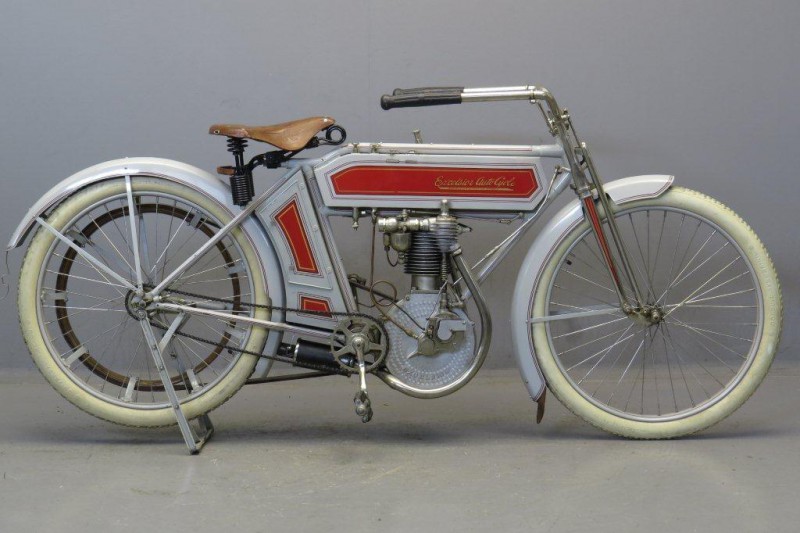 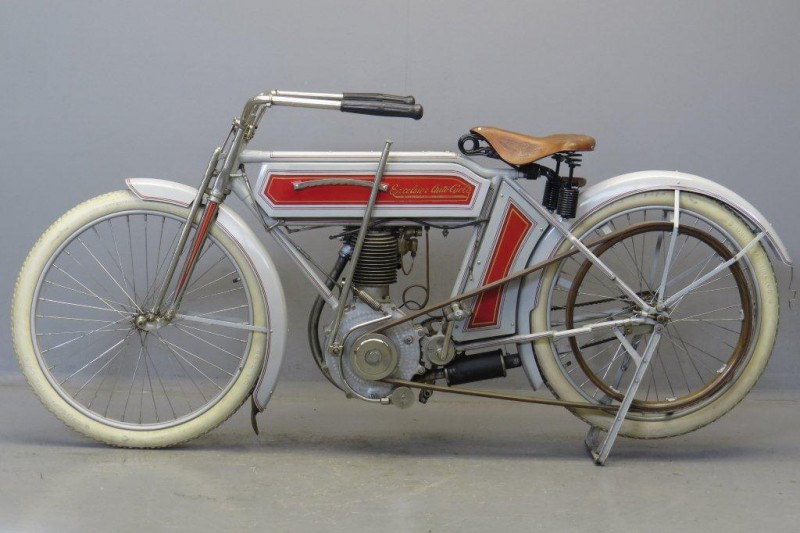 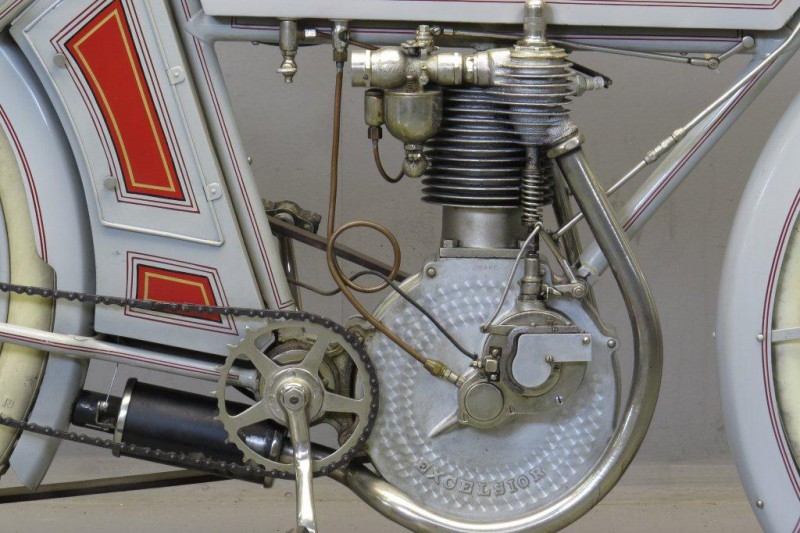 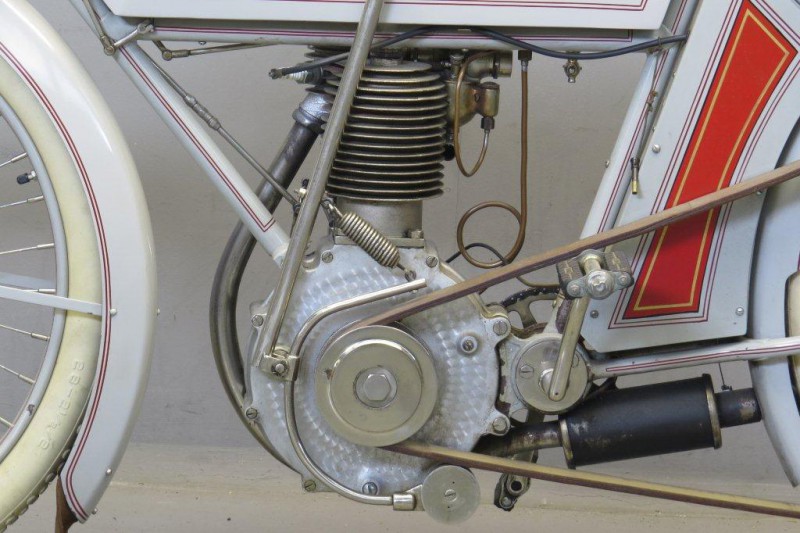 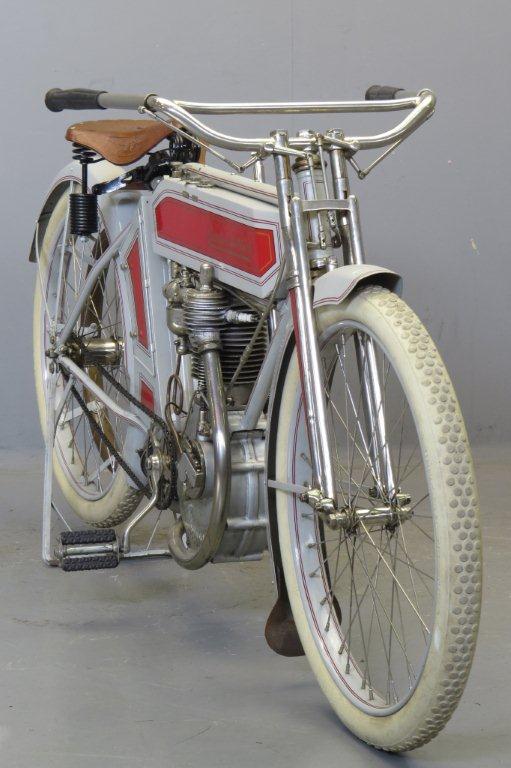 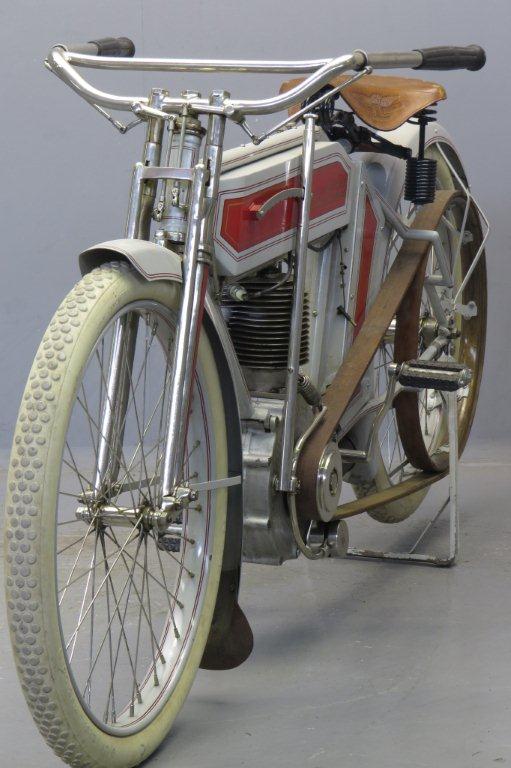 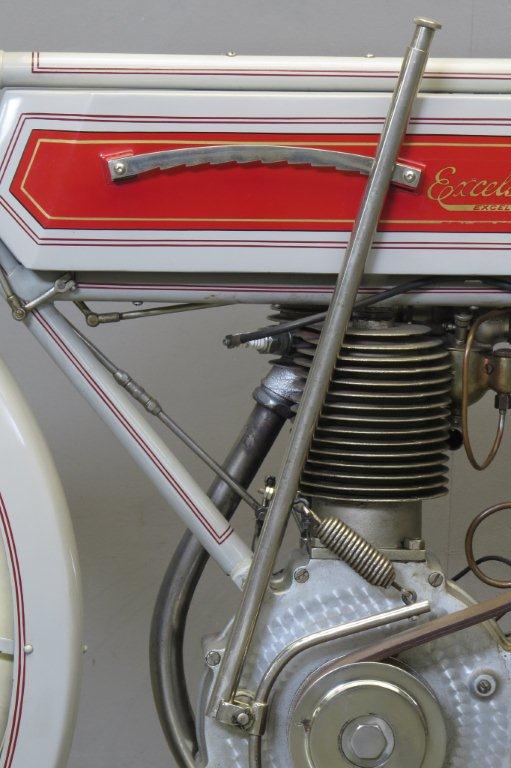 The Excelsior Supply Company of Chicago started producing motorcycles with its own single cylinder engine in 1908.
Some years later the firm became part of Ignaz Schwinn’s bicycle empire.In the years around 1915  the production models ranged from a 269 cc two stroke single Baby Triumph look-alike to big 1000 cc V-twins.
In 1919 the Henderson factory was taken over. In the twenties Excelsior-Henderson was the third American motorcycle manufacturer, headed by Indian an Harley Davidson.
In 1931 Ignaz Schwinn decided to end all motorcycle production.
This early single is  a  truly basic motorcycle:  it has an atmospheric inlet valve, direct   drive through a flat leather belt ( in 1912 chain drive became available)  and coil ignition.
The lever on the left operates the belt tensioner.
The front suspension is taken care of  by a leading link system with coil springs in the fork tubes and  ignition and throttle  are controlled  by intricate jointed shafts.
The restorer did an impeccable job on this machine:  this icon of early American motorcycle design has been featured in a number of publications, such as in Jerry Hatfield’s book “Standard catalog of motorcycles”  and  Doug Mitchel’s “Motorcycle Classics”.
It   was also  the subject of an article in the Autumn 1987 issue of the AMCA magazine.