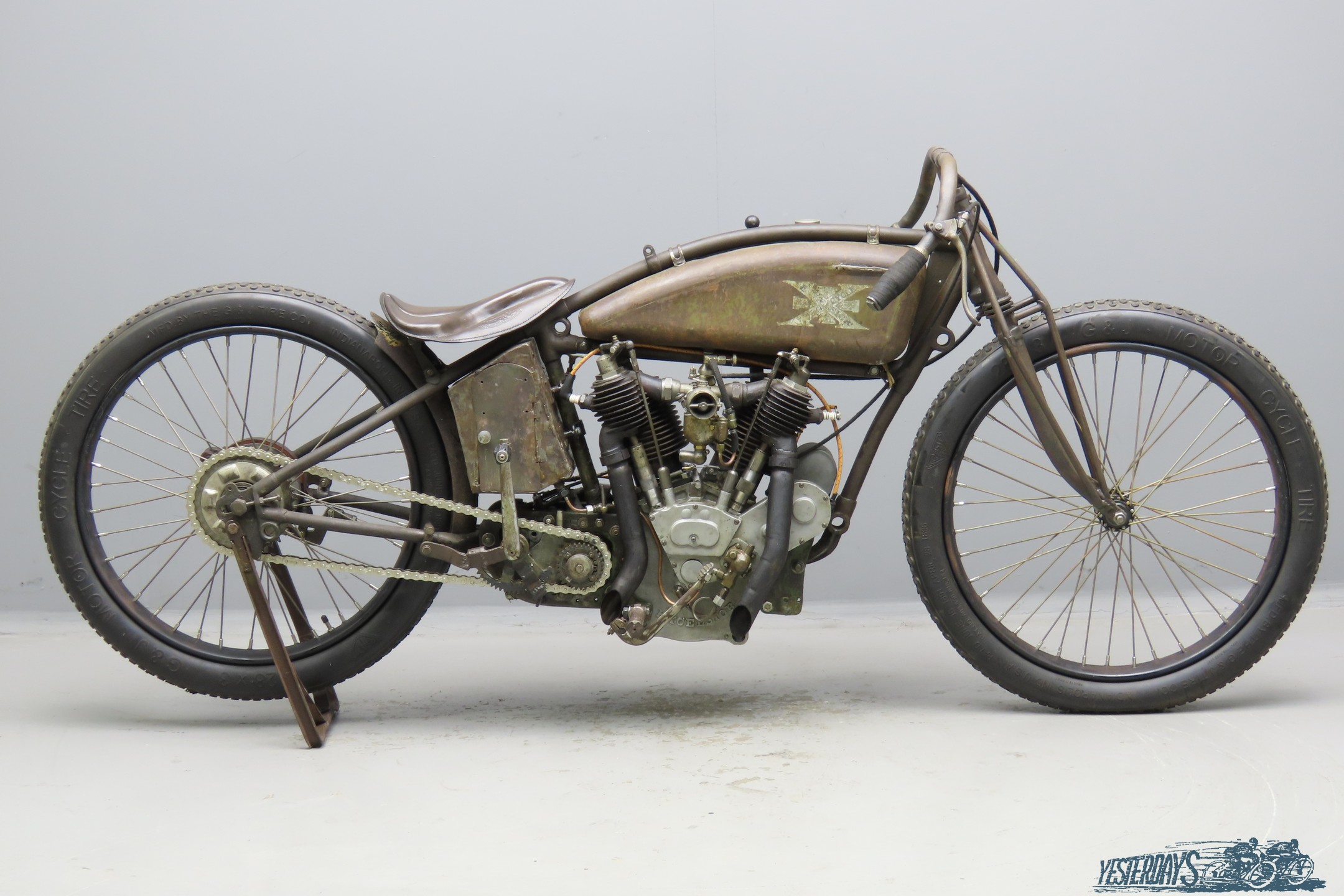 1911 was a landmark year in Excelsior’s history, for the firm was acquired by bicycle maker Ignaz Schwinn and introduced its first v-twin model that year.
In 1913 the 61ci (974cc) twin was offered with all-chain drive, while two-speed planetary transmission and a leaf-sprung, Indian-style front fork were two of the following season’s innovations.
Alongside rivals Harley-Davidson and Indian, Excelsior offered a three-speed countershaft transmission for 1915, at the same time introducing a new frame with curved top tube and smoothly rounded tank, a first for Excelsior.
Between 1915 and 1920 Excelsior was very successful on the board tracks with their “short coupled” racing machines with “Big Valve” engine.
This tuned engine had inlet valves of ca 54mm diameter, lighter engine internals, higher compression ratio, different valve timing and a bigger carburettor.
All this gave a 30% power increase compared to the standard engine.
Works rider Carl Goudy won in 1915 the American National Championship on the Maywood Park Board Track circuit in Chicago.
He covered the 300 miles in 3 hours and 29 minutes with an average speed of almost 140km…
The machine we present here can be regarded as a tribute to these basic but very fast racing machines.
She is fitted with the double trussed military fork that was fitted from 1917 for military service and after that was used as a standard fitting in 1919; in 1920 a new type of fork with central coil spring was introduced.
A three speed gearbox with foot-controlled clutch and a rear brake are fitted which make the Ex useable not only for board track demonstrations but also for other demo work like dirt track or sand racing.
Cosmetically the bike can be described as oily rag with a nice original-paint petrol tank, technically she’s in tip-top condition.