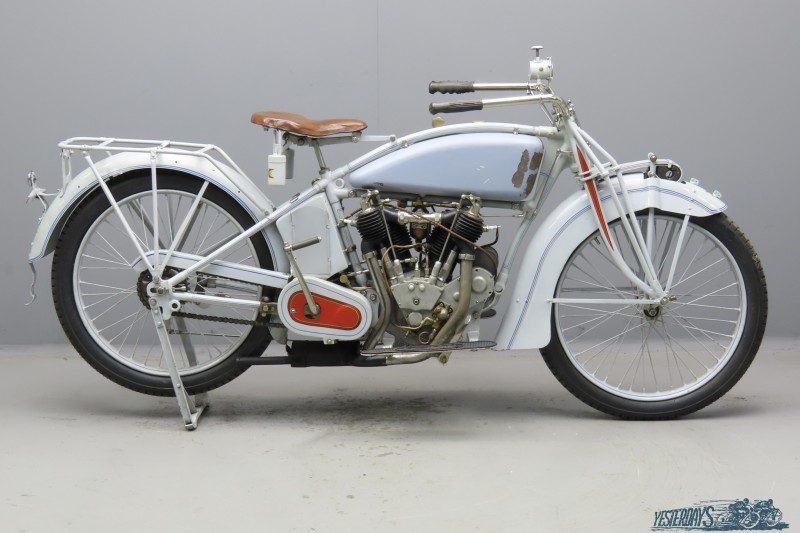 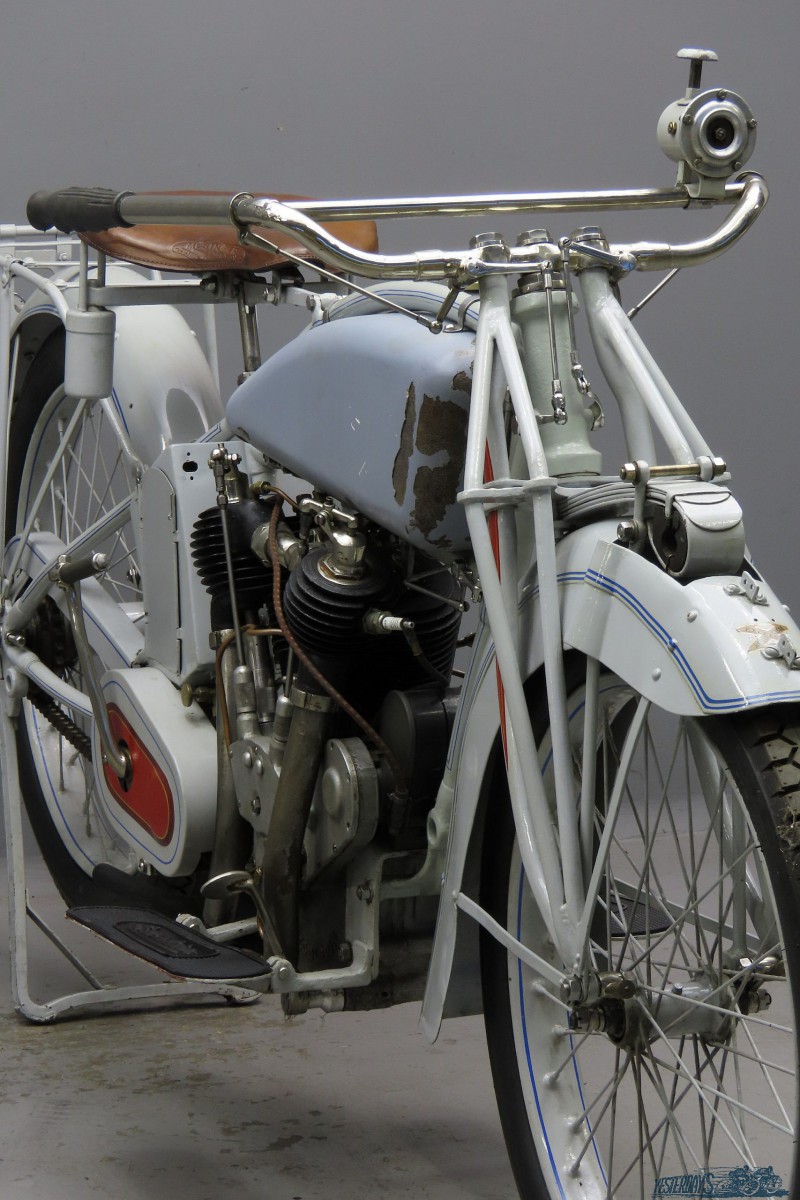 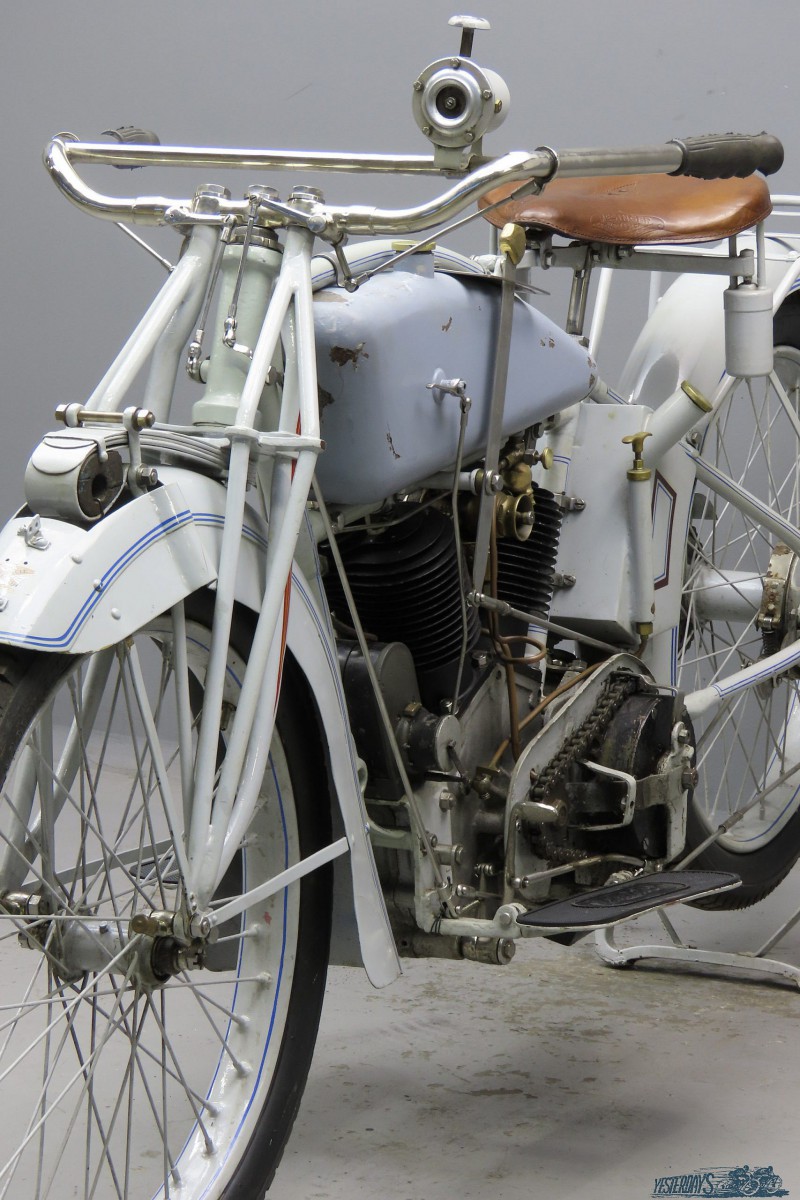 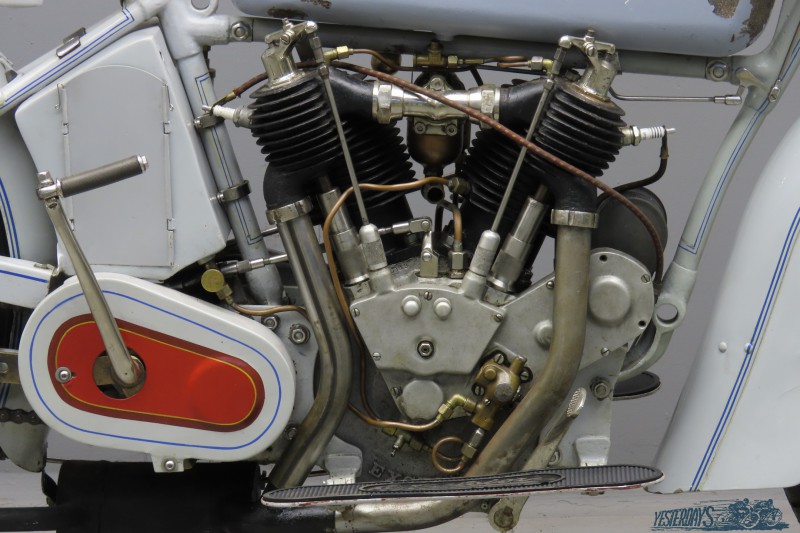 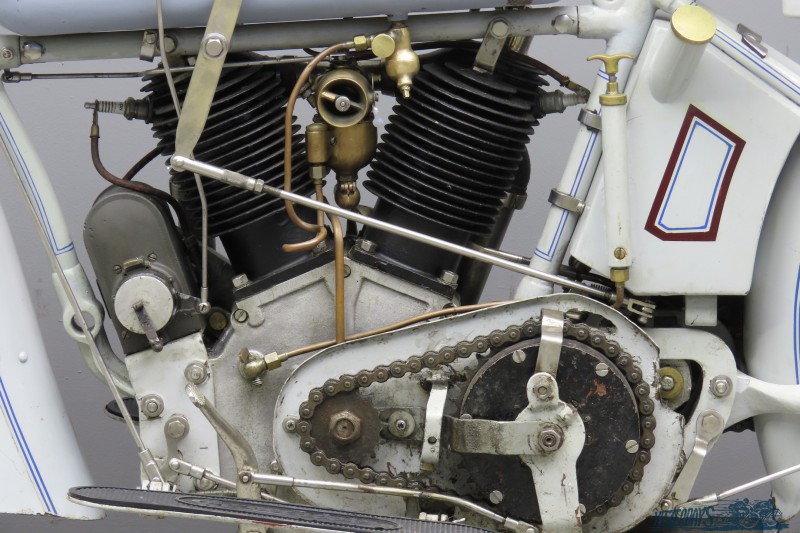 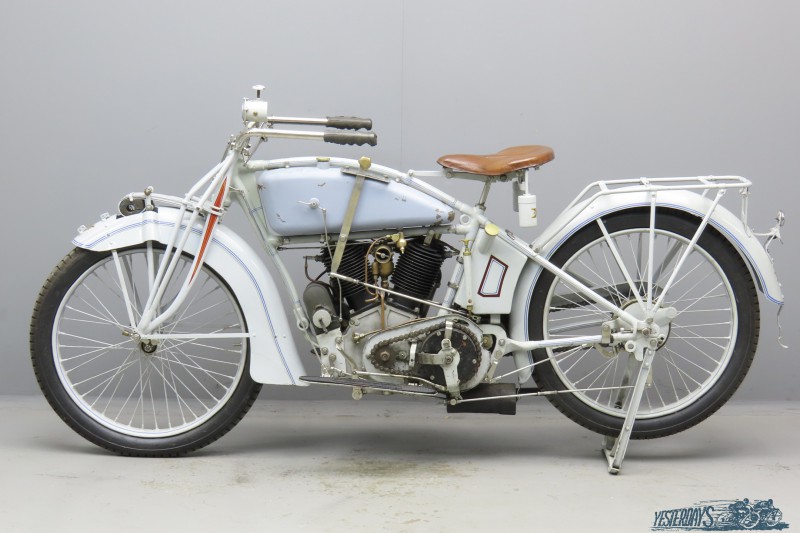 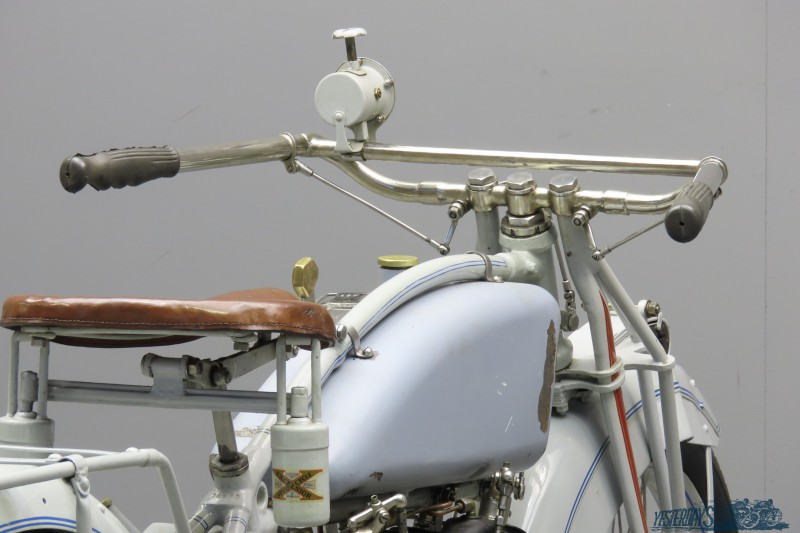 Excelsior 1918 Model 19 998cc IOE V-twin frame # 18923 engine # 85883
1911 was a landmark year in Excelsior’s history, for the firm was acquired by bicycle maker Ignaz Schwinn and introduced its first v-twin model that year. In 1913 a twin within the 61 ci displacement was offered with all-chain drive, while two-speed planetary transmission and a leaf-sprung, Indian-style front fork were two of the following season’s innovations. Alongside rivals Harley-Davidson and Indian, Excelsior offered a three-speed countershaft transmission for 1915, at the same time introducing a new frame with curved top tube, deeply valanced mudguards and smoothly rounded tank, a first for Excelsior. In November 1916 Excelsior introduced the Model 18 with as new feature the removable horizontal frame tube directly above the engine. By removing this tube and the petrol tank it was possible to take off the cylinders for service without having to take the complete engine out of the frame, as had to be done with earlier models. ‘Military’ olive green was adopted as the Excelsior livery on this model and would remain the standard colour until 1920, when blue became the norm.
During the Great War Excelsior was, together with Harley Davidson and Indian, first choice for the US Army to serve the US troops in their home land as well as the battling troops in Europe. The militairy Excelsior model was presented in September 1917 as Series 19 or Model 19 and featured several improvements, such as the double trussed military fork, separate oil and fuel tank, new clutch and cushion sprocket. The cushion sprocket equalizes the power impulses delivered by the two-cylinder engine. The Model 19 was delivered without lighting system and had magneto ignition, opposite to the Model 19-E with Midco electric system.
This impressive American twin has been restored a number of years ago in a pre-1918 colour scheme and comes with handlebar-mounted push horn.