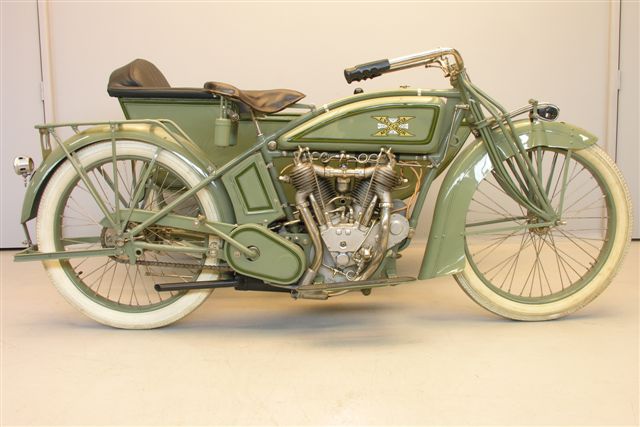 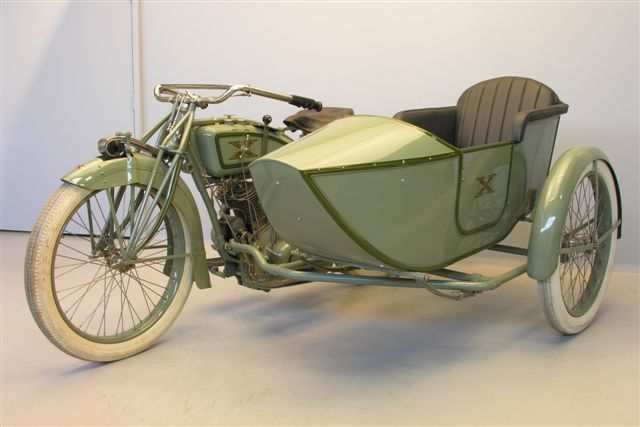 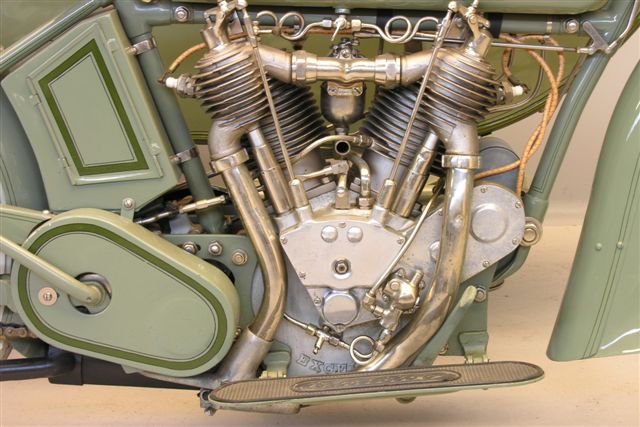 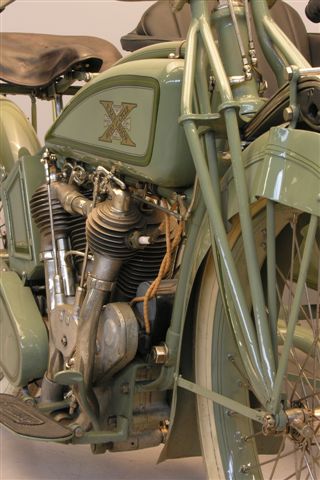 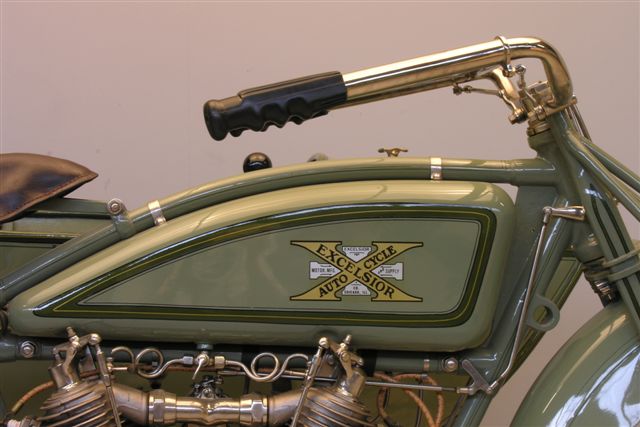 The Excelsior Supply Company of Chicago started producing motorcycles with its own single cylinder engine in 1908.
Some years later the firm became part of Ignaz Schwinn’s bicycle empire.
In the years around 1915  the production models ranged from a 269 cc two stroke single Baby Triumph look-alike to a big 1000 cc V-twin.
This handsome combination  has a three speed gearbox  and has been restored with great care.