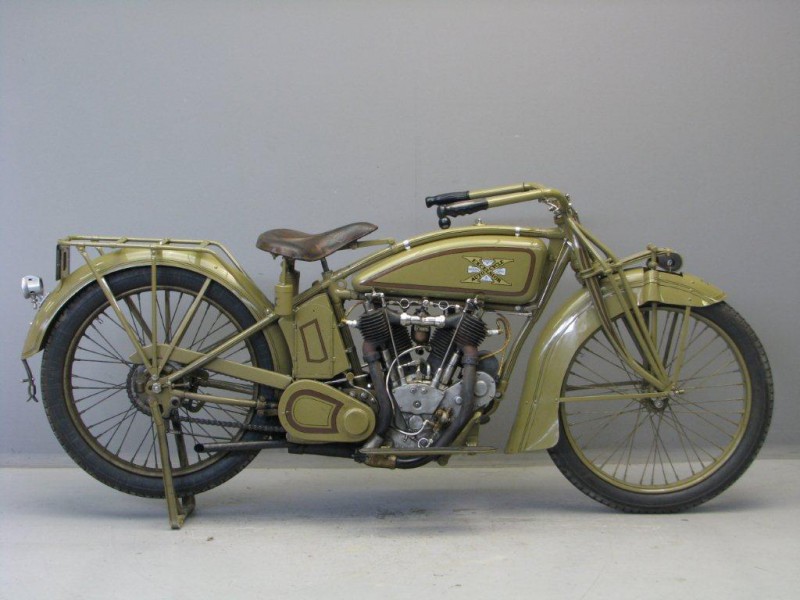 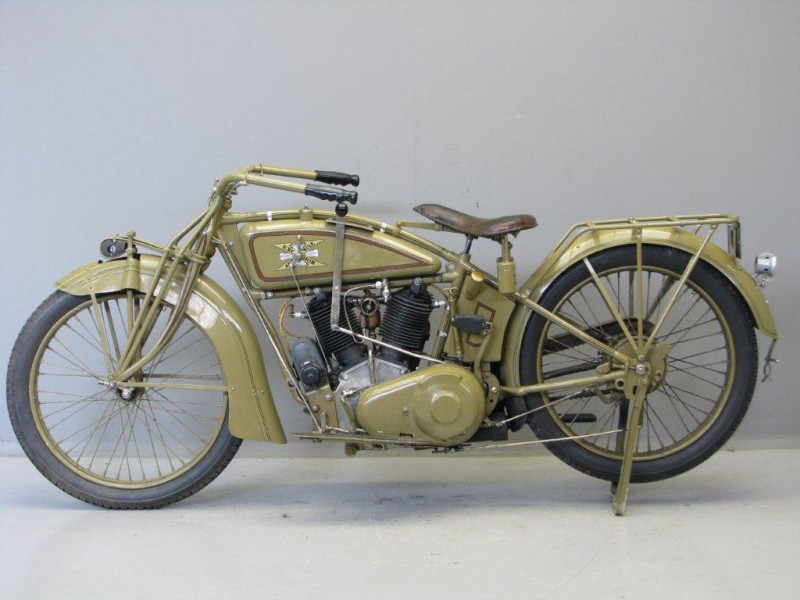 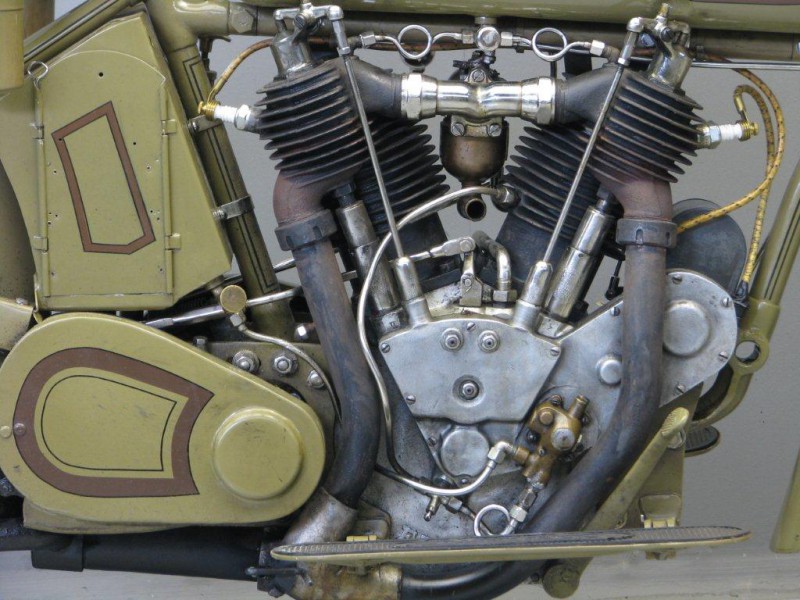 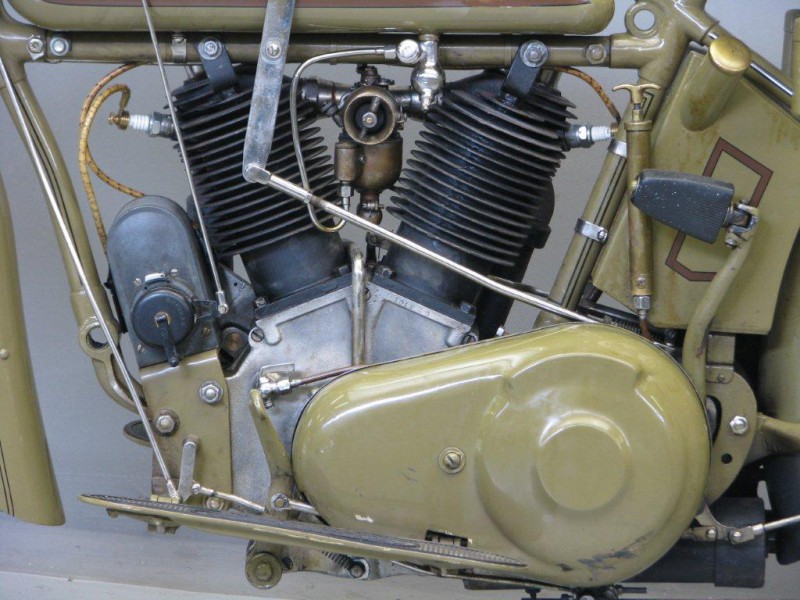 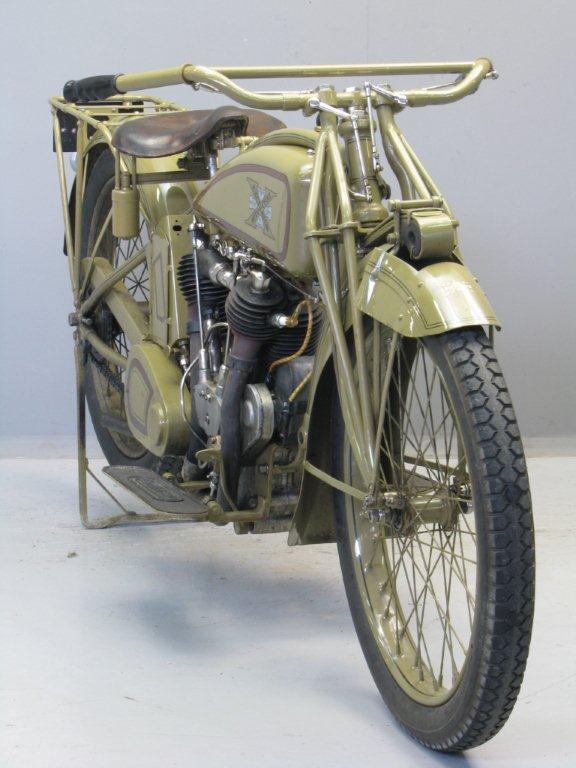 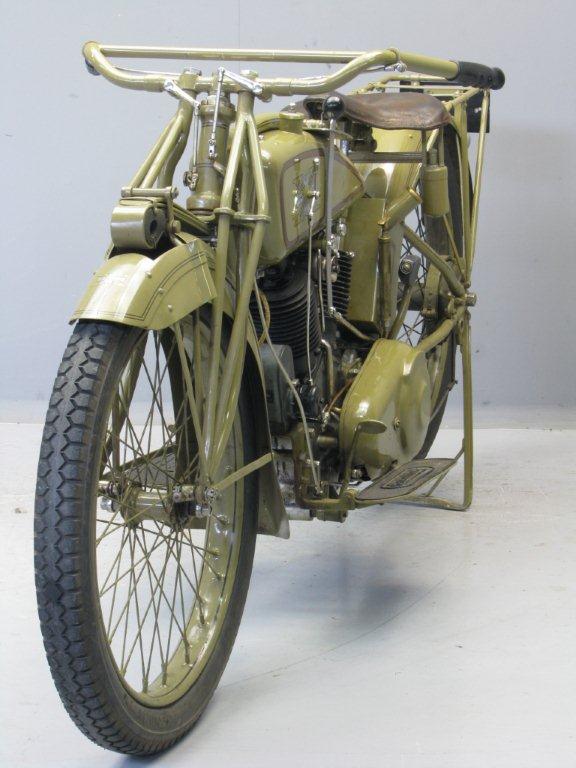 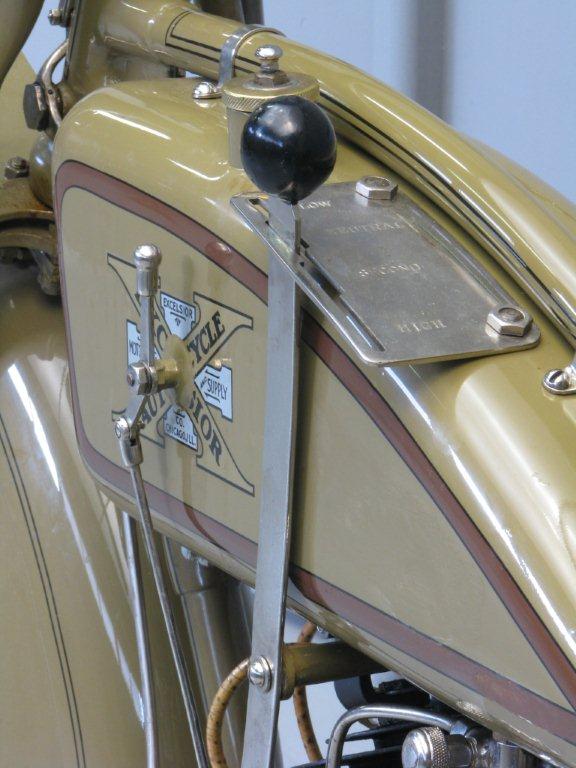 The famous American Excelsior motorcycle was produced by the Excelsior Motor Manufacturing Company of Chicago, Illinois from 1907 until 1931, latterly under the ‘Super-X’ brand name.
The first Excelsior was a belt-driven single cylinder machine, the engine of which formed part of the frame.
The engine itself was an inlet-over-exhaust ‘F-head’, a design then much in vogue because, whatever its limitations, it enabled the exhaust valve to be directly cooled by the incoming mixture, a positive advantage at a time when the science of metallurgy was in its infancy.
1911 was a landmark year in Excelsior’s history, for the firm was acquired by bicycle maker Ignaz Schwinn and introduced its first v-twin model that year.
In 1913 the 61ci (1,000cc) twin was offered with all-chain drive, while two-speed planetary transmission and a leaf-sprung, Indian-style front fork were two of the following season’s innovations.

Alongside rivals Harley-Davidson and Indian, Excelsior offered a three-speed countershaft transmission for 1915, at the same time introducing a new frame with curved top tube and smoothly rounded tank, a first for Excelsior.
Deeply valanced mudguards distinguished the v-twin of 1915. In 1917 ‘Military’ olive green was adopted as the Excelsior livery that year, and would remain the only option until 1920 when blue became the norm.
During the Great War, Excelsior was together with Harley Davidson and Indian first choice for the US Army to serve the US troops in their home land as well as the battling troops in Europe.
In 1921 Excelsior had acquired the manufacturing rights to the Henderson Four and the days of the big v-twins were numbered.
They were gone by 1925, Excelsior preferring to concentrate its resources on the Four and the newly introduced Super-X 45ci (750cc) v-twin.
This Excelsior ‘Big Twin’ dates from 1919 and has the standard (since 1917) militairy type front forks and the colour is the standard khaki with brown striping.
This well running mighty bike is an example of the 974 cc twin, with bore and stroke dimensions of  84×88 mm and has been restored some time ago.
It has a three speed gearbox and a foot operated clutch.
The seat post is sprung for extra comfort.
This impressive American quality machine runs well.
One will hardly find another make of motorcycle depicting the legendary style and grace, typically for the famous US motorcycle suppliers of the nineteen ten era.