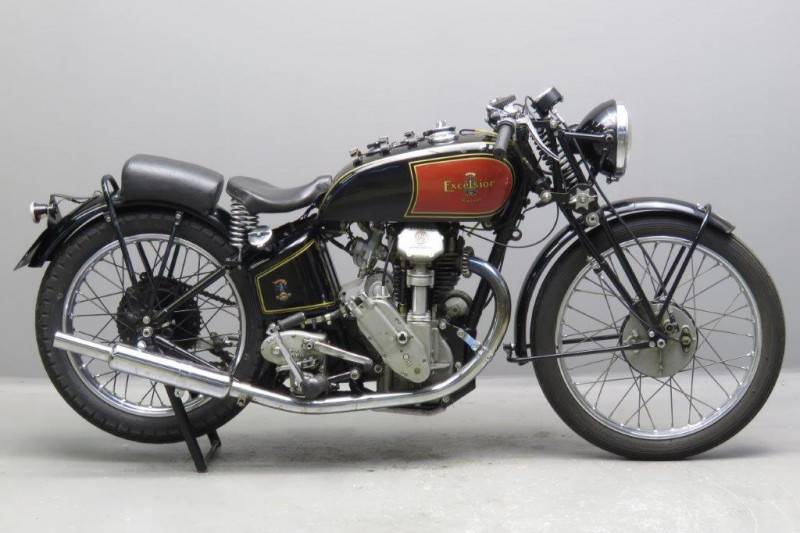 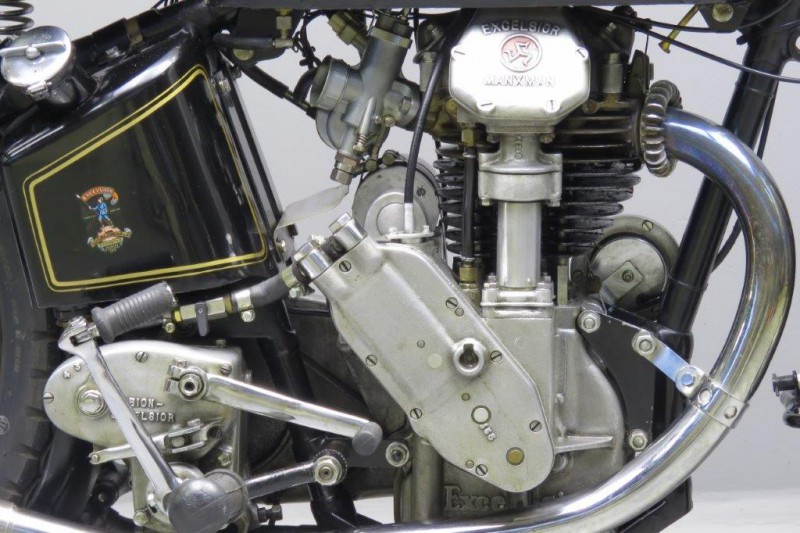 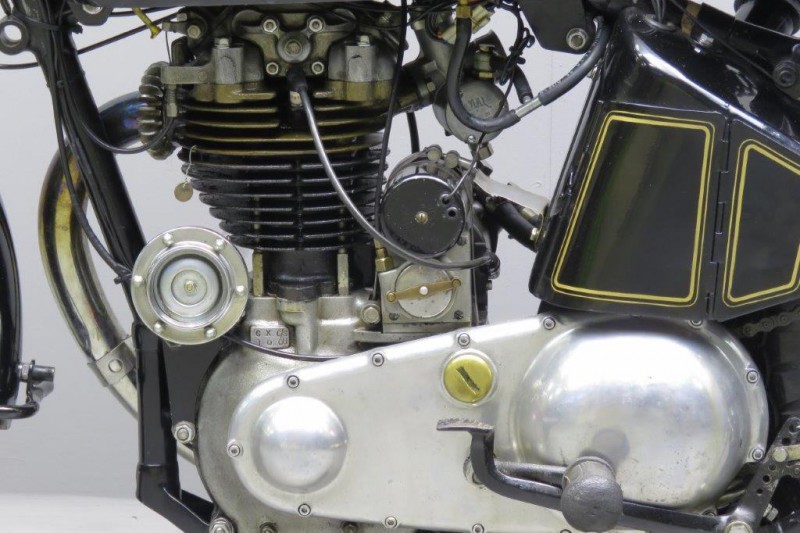 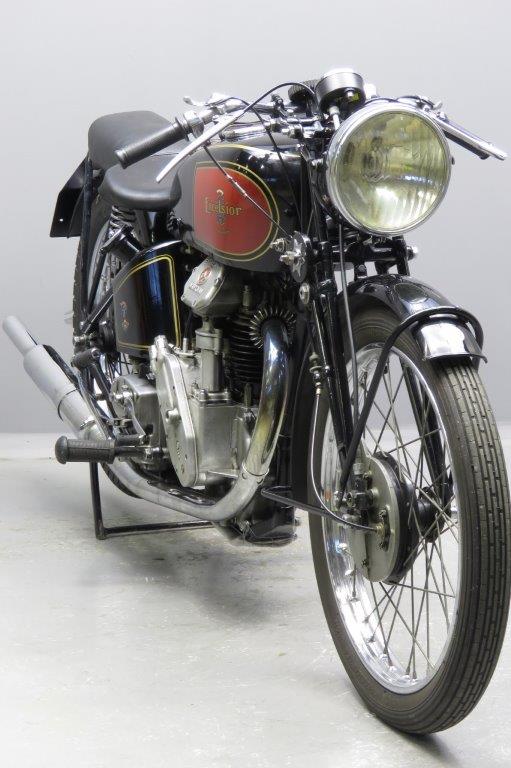 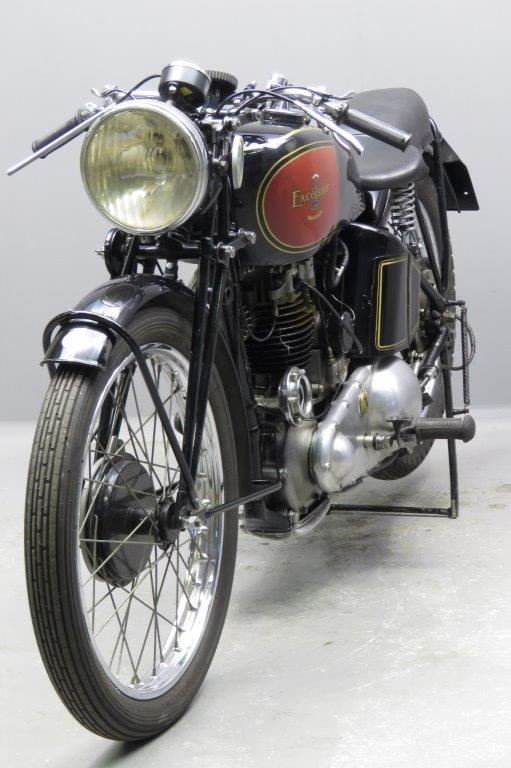 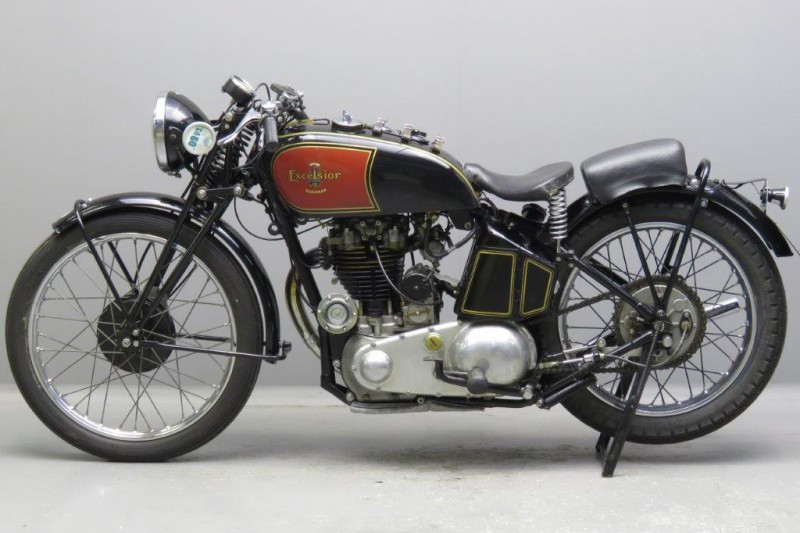 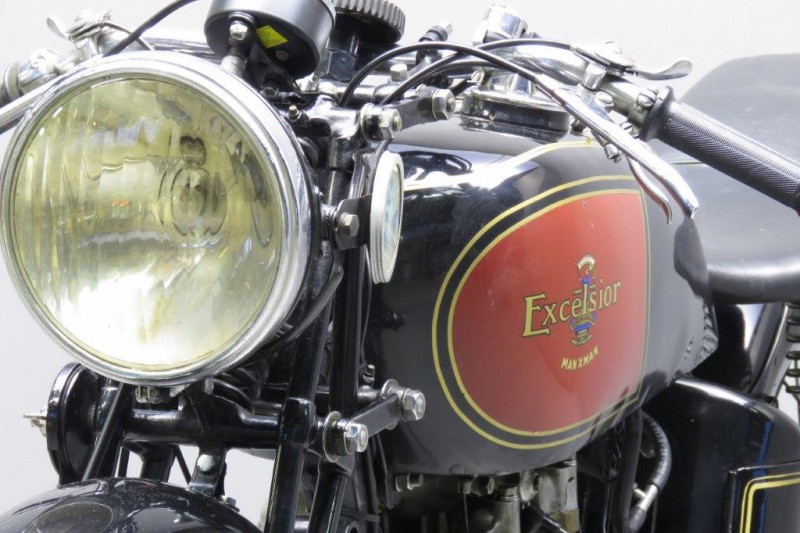 The Coventry firm of Bayliss and Thomas was as old as the two-wheeler industry, trading from the solid-tyre bicycle era.
Early manufacturers in both the motorcycle and the car fields, they were an established firm well before the Great War:  In 1913  an 800 cc single cylinder motorcycle was brought out, the biggest production single ever to be made.
In common with many manufacturers, the company used proprietary engines made by Blackburne and JAP. Post-war, to avoid confusion with the American Exelsior, Bayliss and Thomas christened their products “ British Excelsior”.
In the twenties the Midlands  company of Reginald Walker and his son Eric took over the firm and moved the plant to Birmingham.
Eric Walker was a racing enthusiast and he promoted the use of Excelsiors in races.
This led to the development of  a Blackburne-made four valve pushrod operated  racing engine in 1933 – which won the Lightweight TT- ,  but which was superseded by a less complicated and sturdier engine of their own design, the Manxman.
This engine was produced in capacities of 249, 348 and 498 cc.
The 248 cc model was the most highly developed and the most successful one.
With racing specifications it won many races, even after 1945.
The machine we offer here has a remarkable pedigree.
According to  Excelsior executive Alan Bruce this was the actual  “COP 27” with which  H.G. Tyrell-Smith  won a gold medal  in the 1938 ISDT.
Excelsior enthusiast Norman Webb bought the machine in 1965 direct from the Excelsior Motor Company  Ltd., following closure of their competition department.
But there is more:  early in 1938 this machine had been used for a 1000 mile duration test at Donington, ridden by Tyrell-Smith and “Ginger” Wood.
A detailed report of this test was Published in “Motor Cycling”of  February 16,  1938.

With the machine comes some detailed technical and historical  information  in  a letter from Alan Bruce to Norman Webb.
We quote  Mr. Bruce’s conclusion: “you are an extremely lucky man to own that machine, it’s unique, a famous bike,  which had carried out already a duration test under strict observation, ridden by Tyrell & Ginger at Donington, then as an equipped machine a Six Days Gild Medal  Winner.”