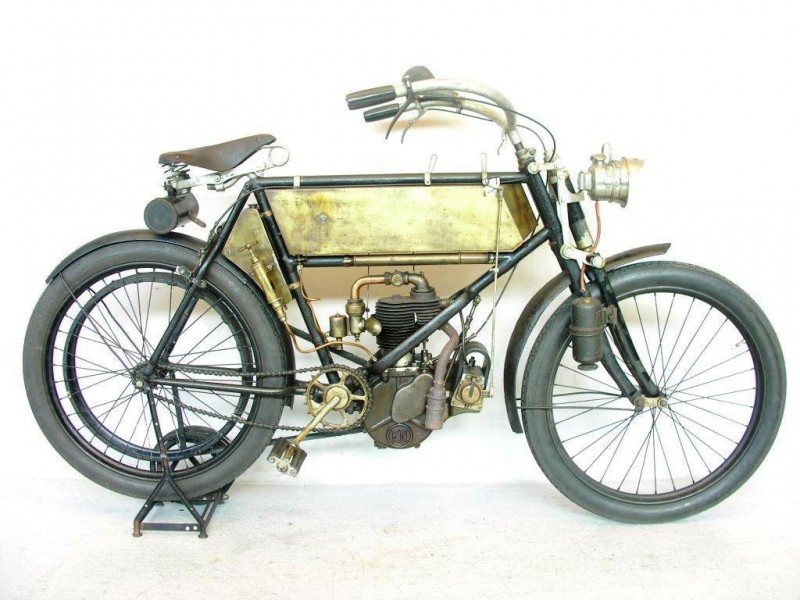 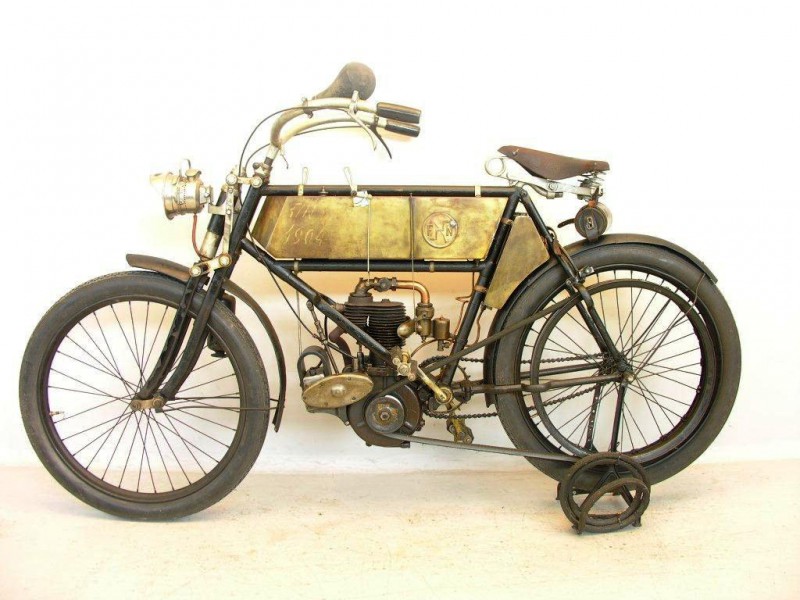 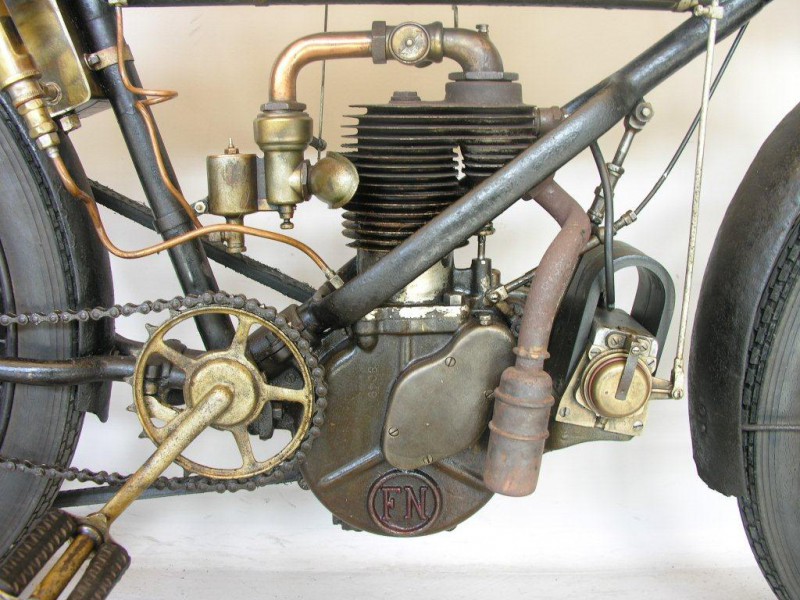 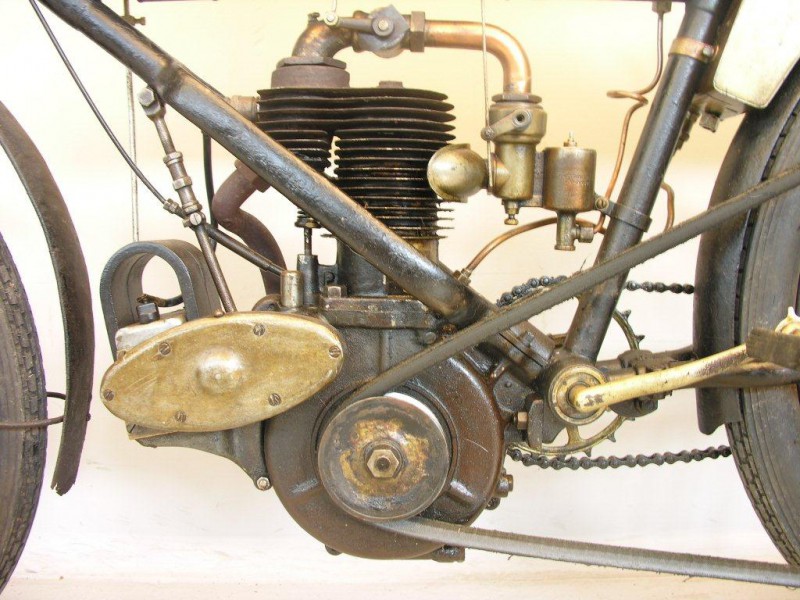 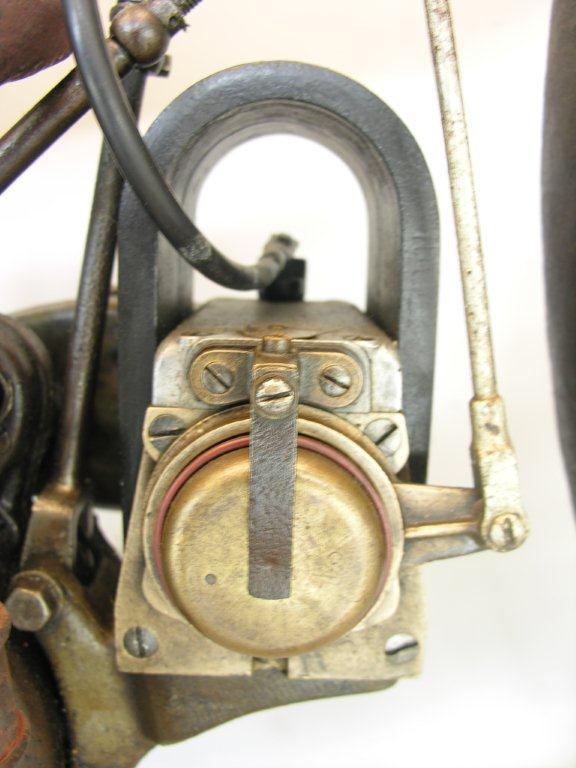 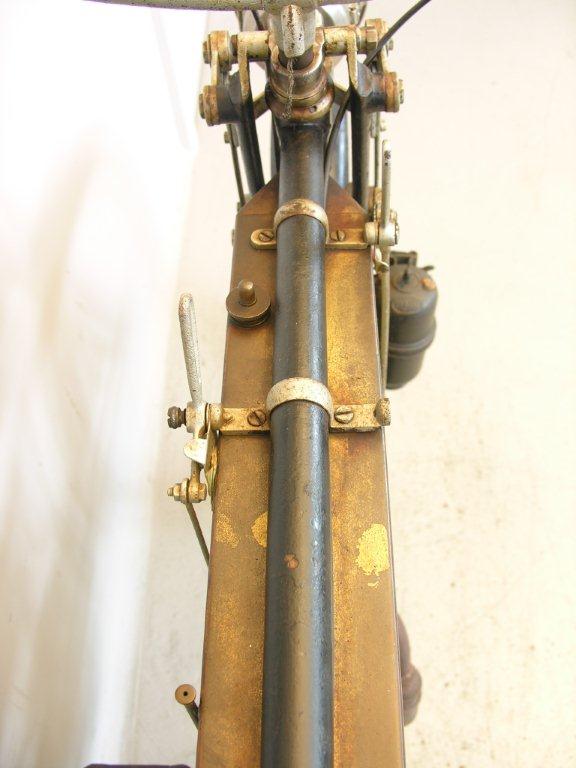 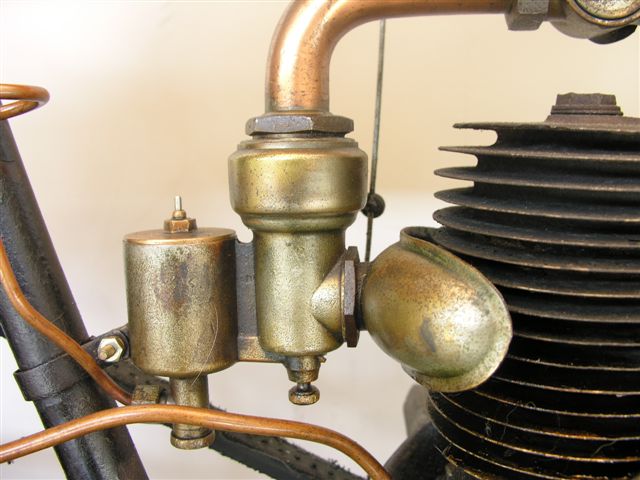 The “Fabrique Nationale d‘Armes de Guerre” was founded in July 1889 to manufacture weapons and munitions for hunting and warfare. Soon it was decided that diversification of production was a good strategy to reduce the risk of peaceful times. In 1895 the production of bicycle parts was taken up; a few years later complete bicycles were added to the programme, followed in 1900 by motorcars.
At that time FN was already a major manufacturing firm, with premises taking up around 30 acres with 40,000 square metres of factory buildings.
By the end of 1901 the first motorized bicycle was presented, powered by a 133 cc clipon engine. It got the nickname “little donkey”.
The next year a proper motorcycle frame was developed with a forked front down tube; the engine grew to 188 cc.
The 1904 model got front suspension and a 300 cc engine with bore and stroke of  70×80 mm. From 1905 on the four cylinder  was catalogued and the single was further developed as a light model.
The popularity of FN motorcycles is shown by the high sales figures: between July 1902 and July 1904 some 6,000 machines were sold.
The machine we offer here is in excellent running condition.
It is original and unrestored.