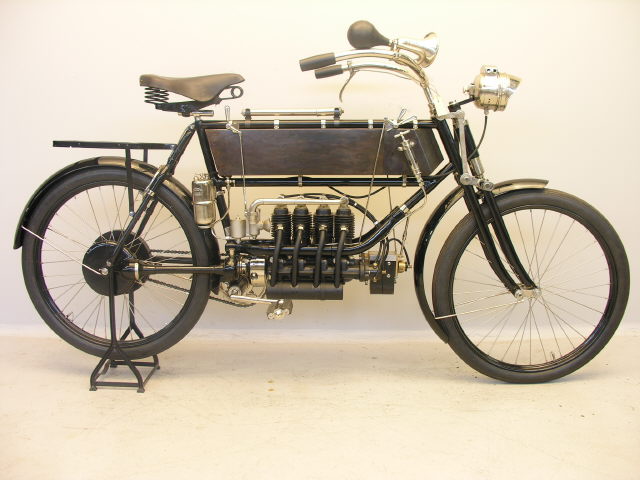 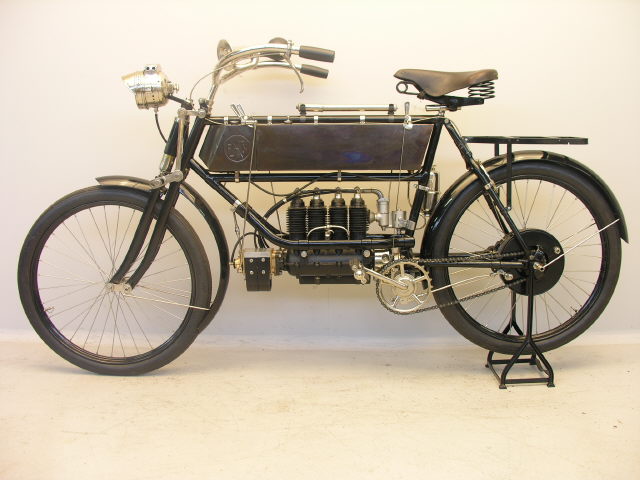 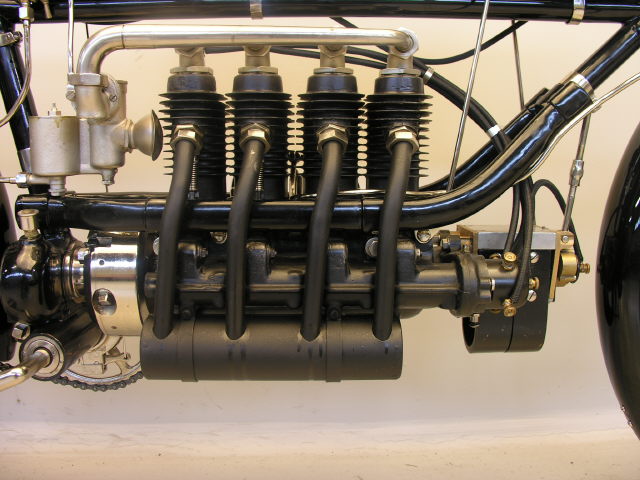 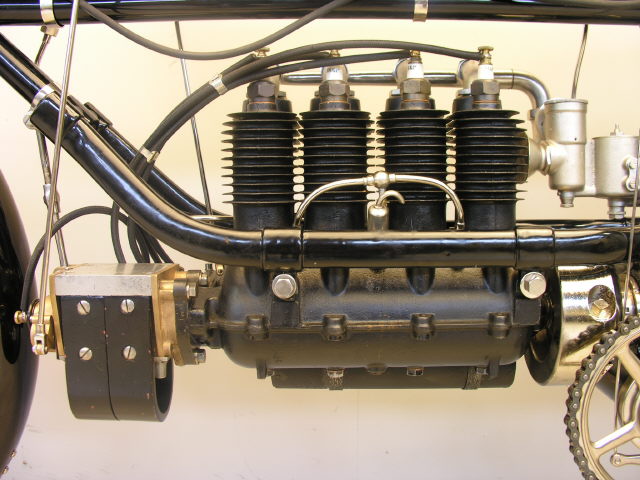 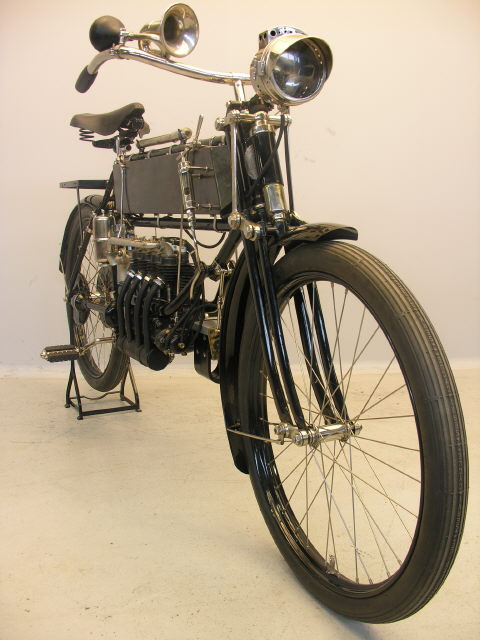 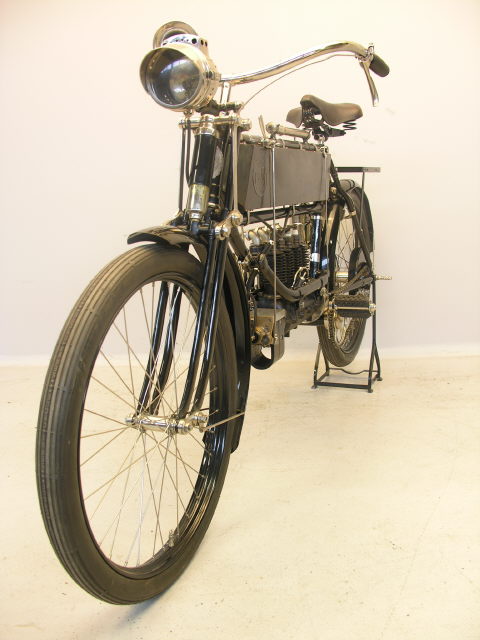 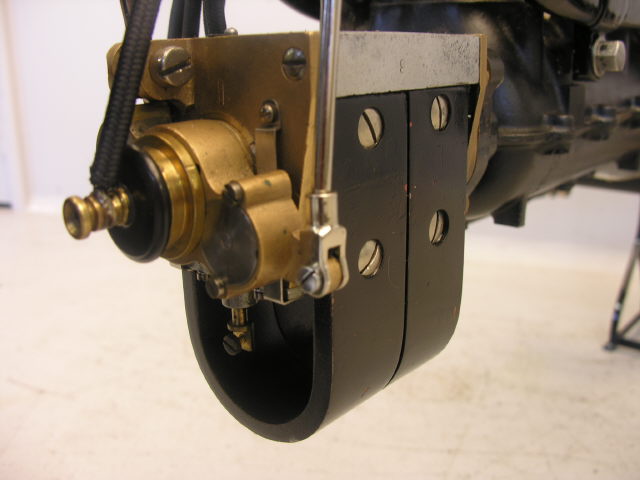 To many enthusiasts the FN four has always been one of the most appealing machines of veteran and vintage times.
Its production ran from 1905 till 1926.
The earliest type had a 363 cc engine with automatic  overhead inlet valves and side exhaust valves. The machine was single  geared,  had shaft drive and the top speed was about 60 km/hour.
The earliest four-cylinder FN was used by Osmont on a widely publicised journey through Europe in November 1904, terminating at the First World "Salon de l’Auto" in Paris.
Except that the front fork was unsprung, the machine was similar to the first production model for 1905: the "Type A".
The major dating points for this model are the finless cylinder heads, the absence of windows to check the oil level in the crankcase,  and the straight inlet manifold that curves down to meet the carburettor mounted behind the cylinders
The FN four was an immediate success and found customers all over the world; FN sold its machines in more than 40 countries.
It found many customers in the U.S.A. and made Americans  interested in the four cylinder concept:  Percy Pierce purchased a 1908 model on one of his trips to Europe and the FN became a point of reference for the first Pierce Four in 1909.
This correct FN is one of the oldest known to exist.
This machine is equipped with period horn and acetylene lighting and has been restored with the utmost care.