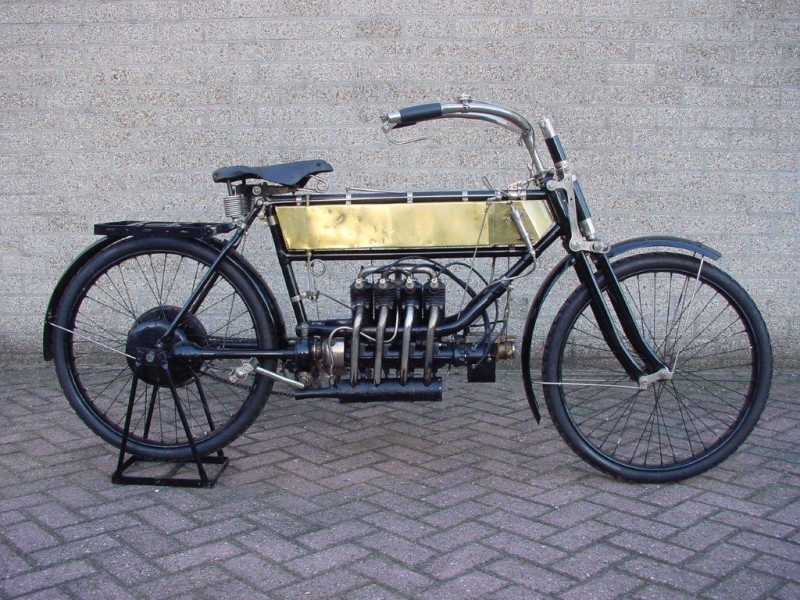 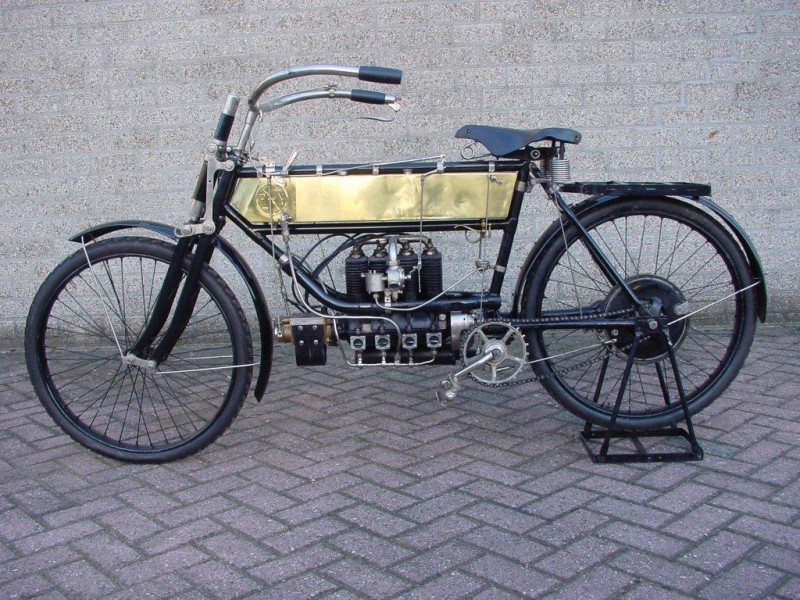 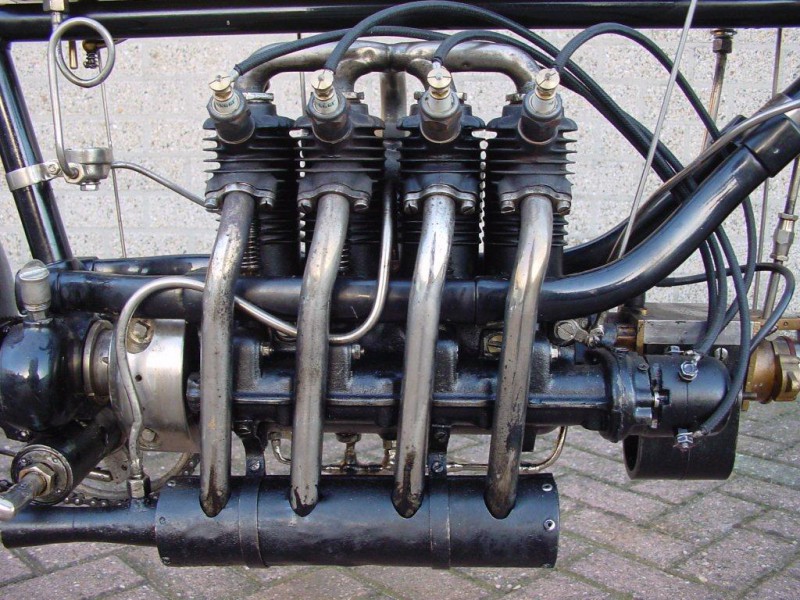 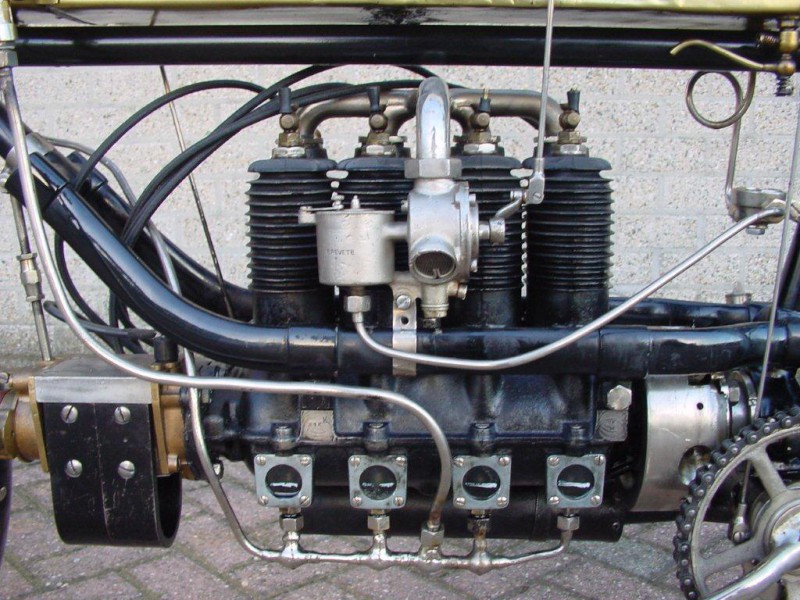 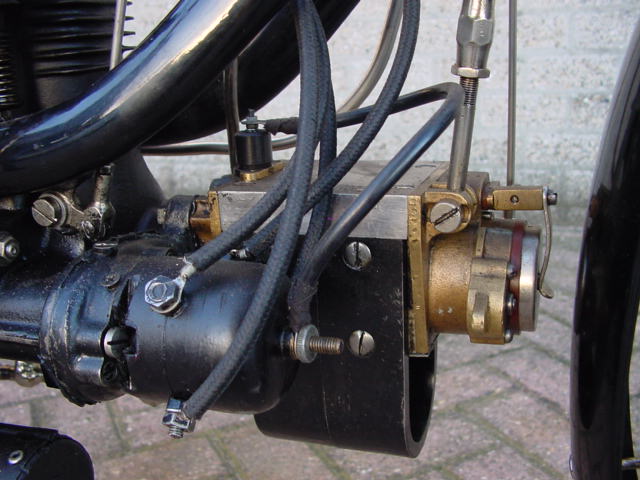 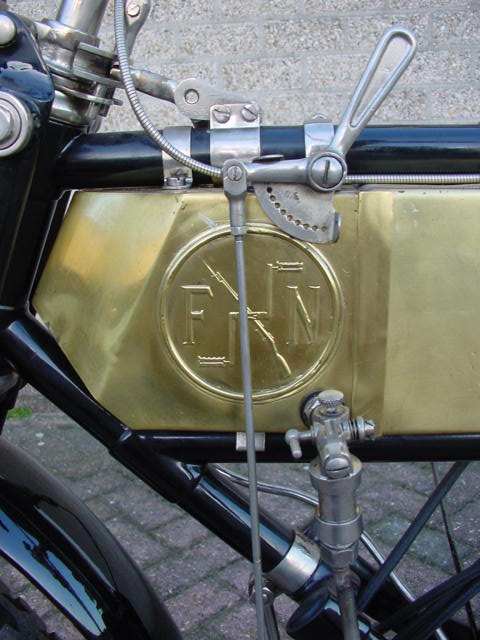 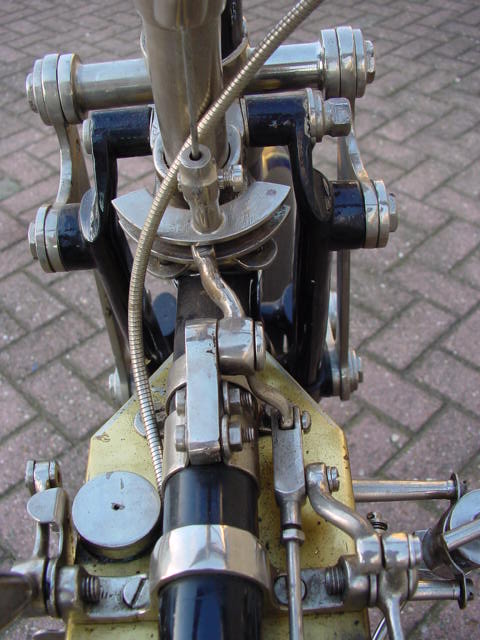 To many enthusiasts the FN four has always been one of the most appealing machines of veteran and vintage times. Its production ran from 1905 till 1926.
The earliest type had a 362 cc engine with automatic  overhead inlet valves and side exhaust valves.
The machine was single  geared,  had shaft drive and the top speed was about 60 km/hour.
The FN four was an immediate success and found customers all over the world; FN sold its machines in more than 40 countries.
It found many customers in the U.S.A. and made Americans  interested in the four cylinder concept:  Percy Pierce purchased a 1908 model on one of his trips to Europe and the FN became a point of reference for the first Pierce Four in 1909.
This 1910 machine, an older restoration,  is still of the direct-drive type; clutch and gears were to arrive only 2 years later.