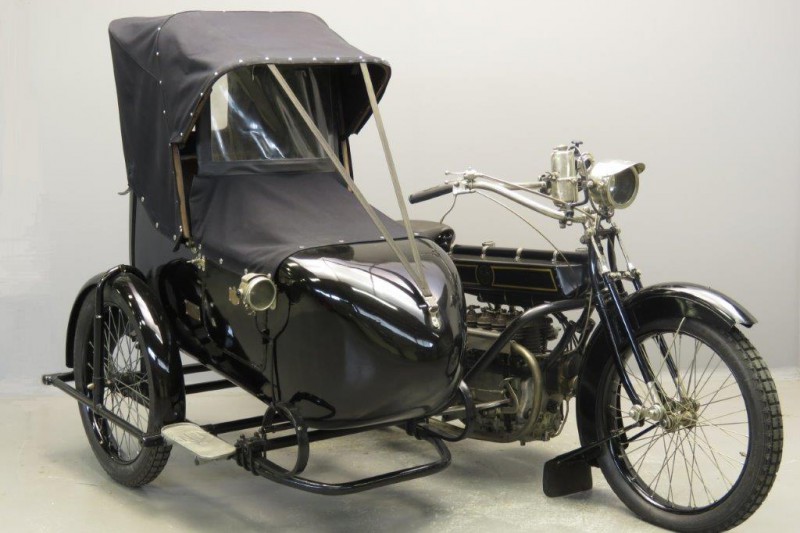 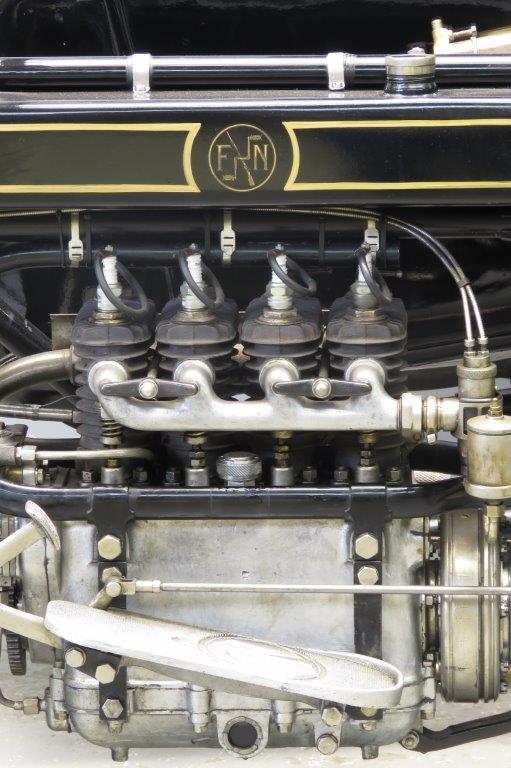 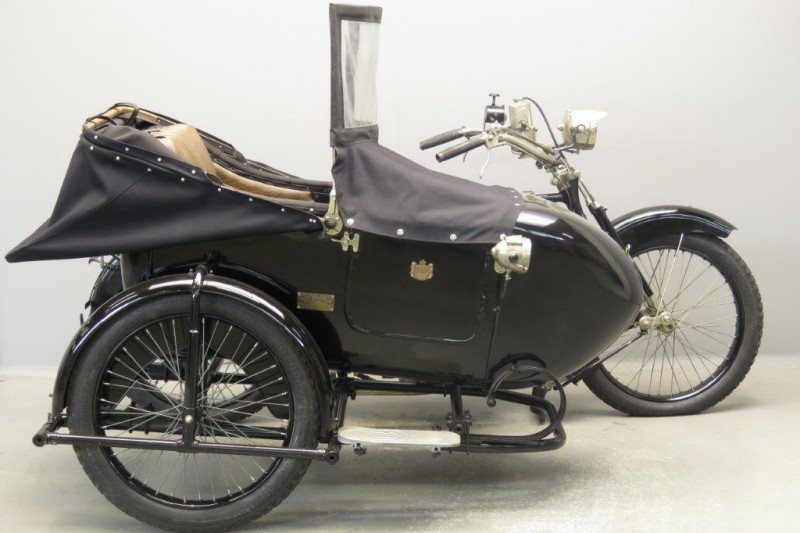 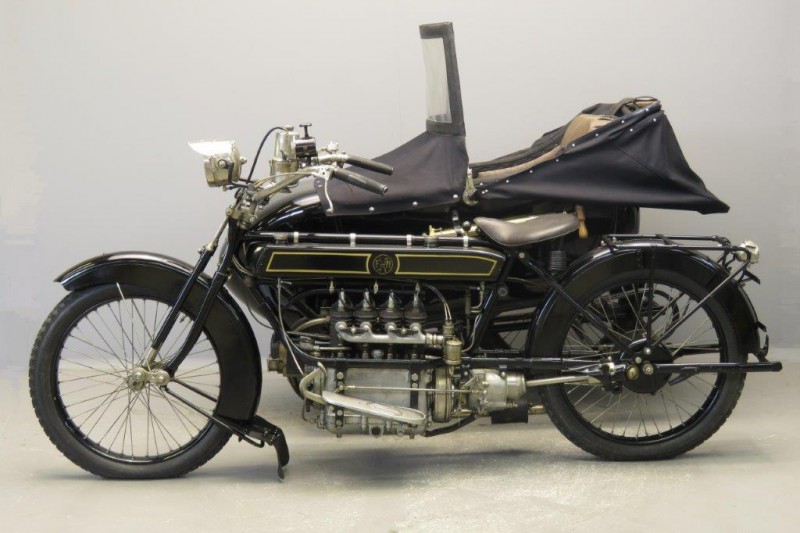 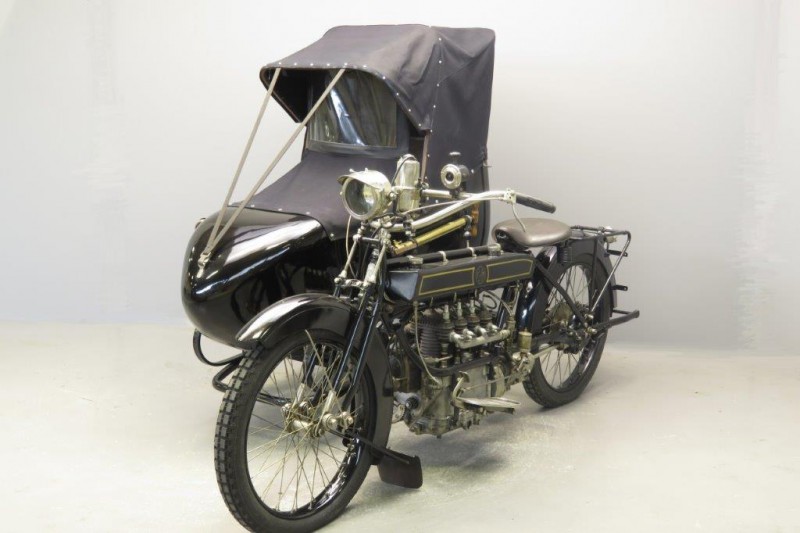 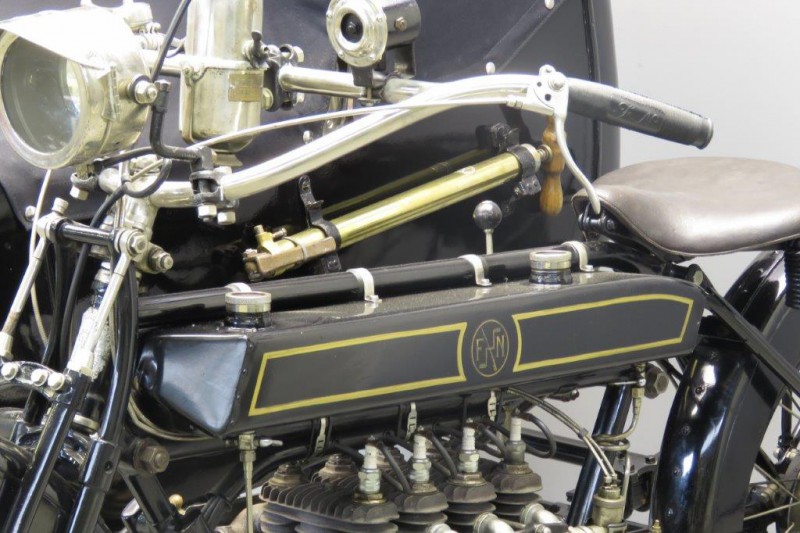 To many enthusiasts the FN four has always been one of the most appealing machines of veteran and vintage times.
Its production ran from 1905 till 1926.
The earliest type had a 362 cc engine with automatic overhead inlet valves and side exhaust valves.
The machine was single geared, had shaft drive and the top speed was about 60 km/hour.
The FN four was an immediate success and found customers all over the world; FN sold its machines in more than 40 countries.
It found many customers in the U.S.A. and made Americans interested in the four cylinder concept: Percy Pierce purchased a 1908 model on one of his trips to Europe and the FN became a point of reference for the first Pierce Four in 1909.
The design was developed to 493 cc and the machine got a proper clutch and gearbox in the years before the War.
In 1914 the engine was completely redesigned: it grew to 748 cc with side valves on opposite sides of the cylinder, the so-called T-head configuration.
The machine had a sturdy clutch and a three speed gearbox.
Soon after the war the production was resumed with a slightly updated 1914 model.
This sturdy combination is a real eye catcher and is fitted with Auteroche headlamp, Luxor rear light, Miller acetylene generator and Alerio sidecar lamp.
A nice detail is the I.C.C.A. tyre pump.
The combination comes from an Italian collection but an identification plate on the sidecar body suggests the combination was once owned by a Dutch gentleman from The Hague.