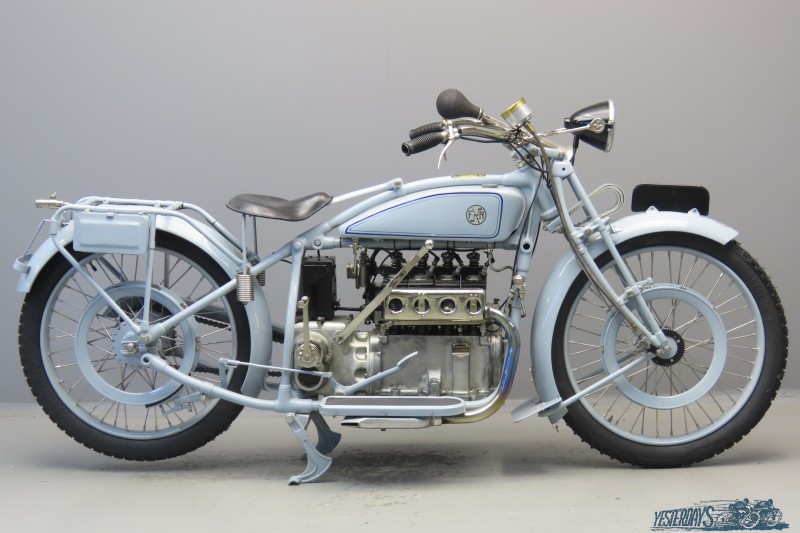 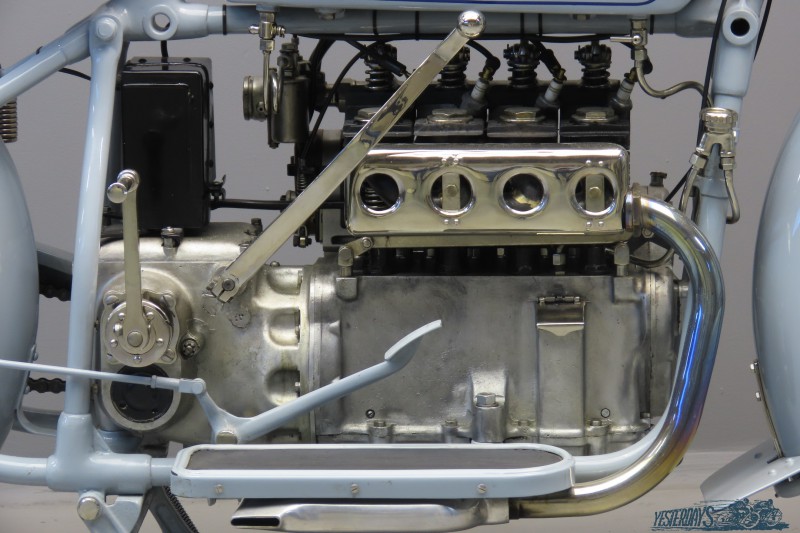 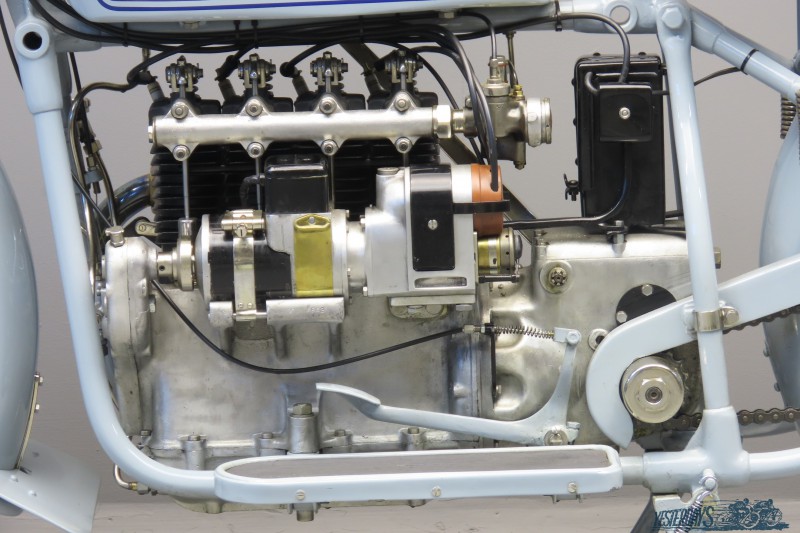 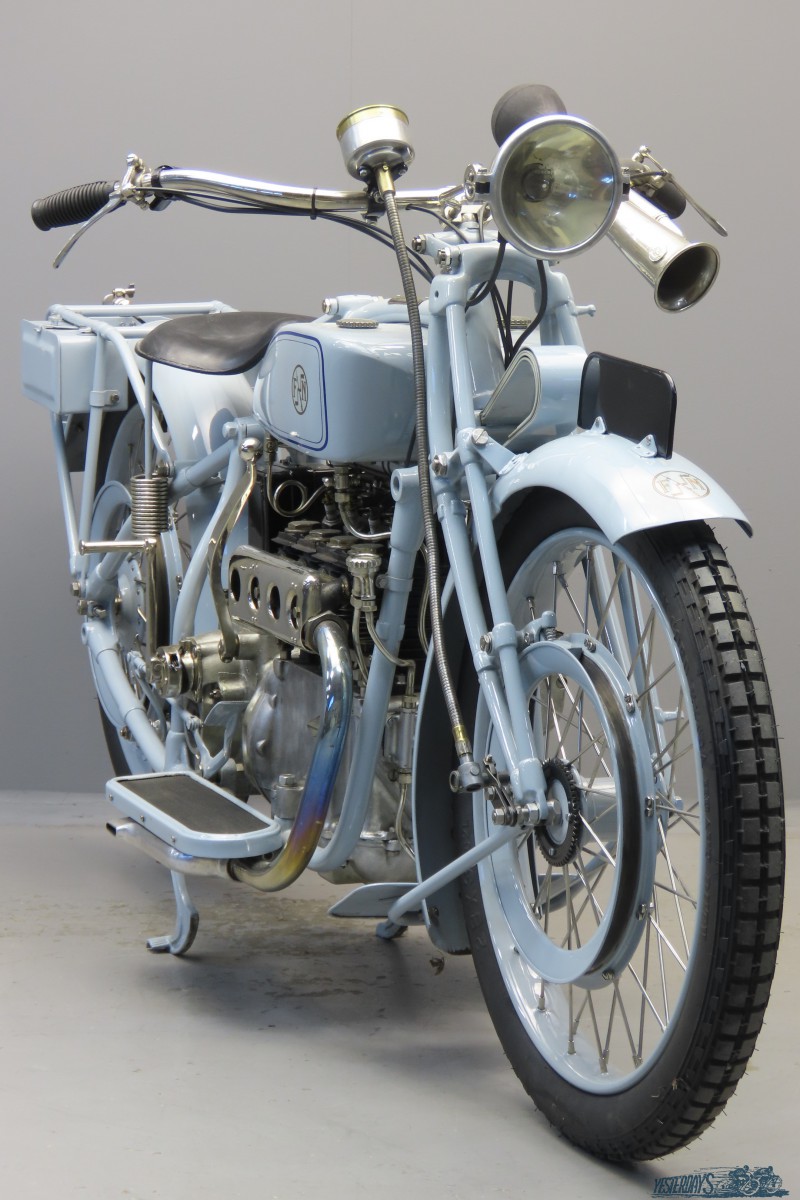 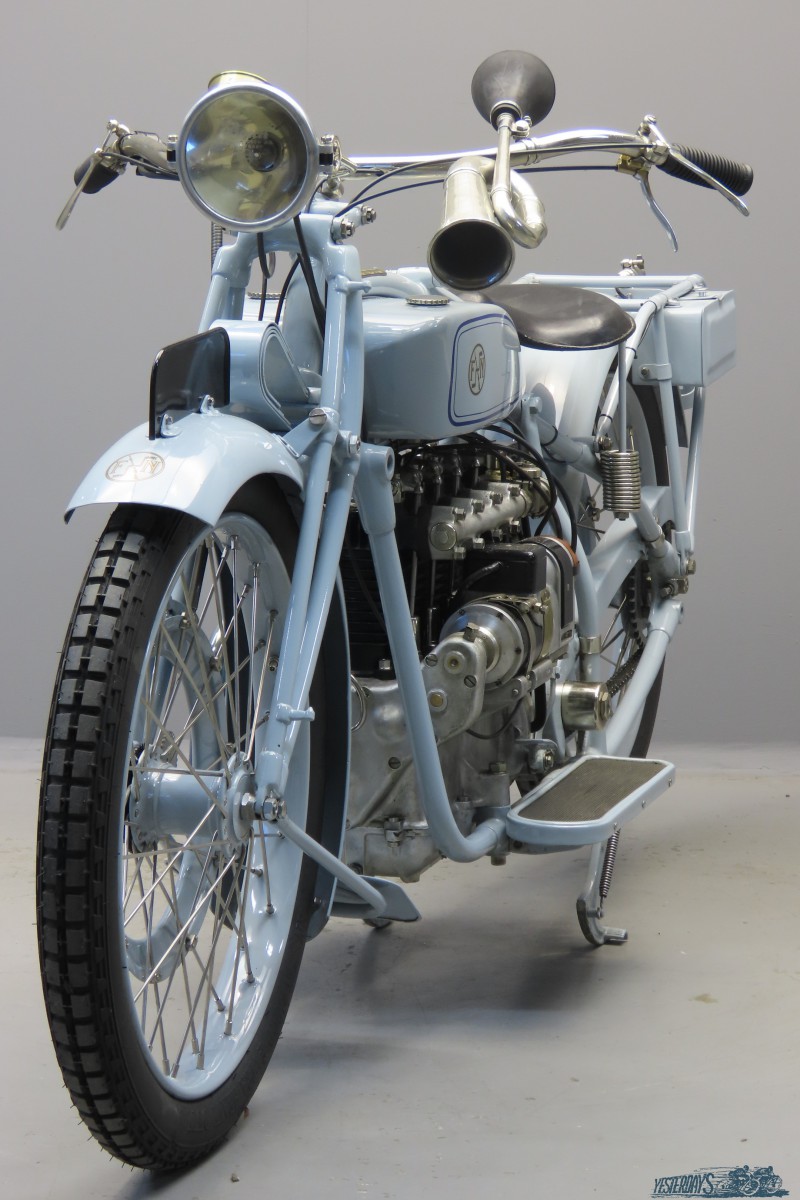 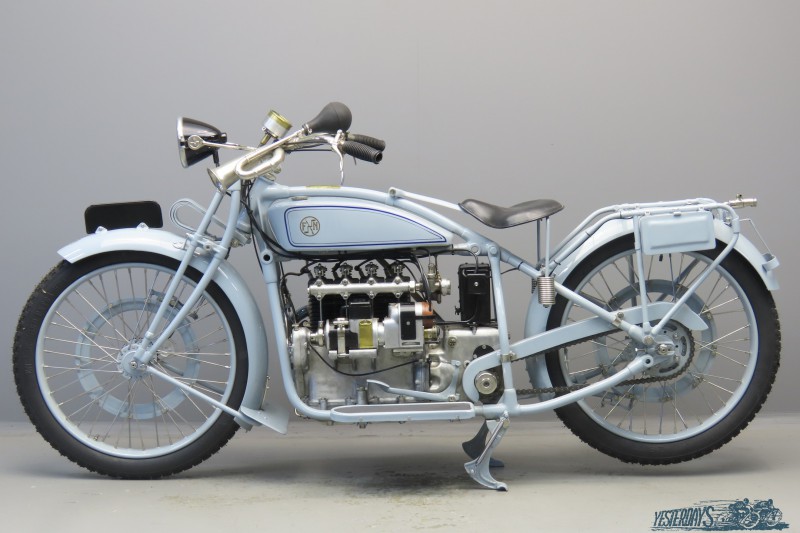 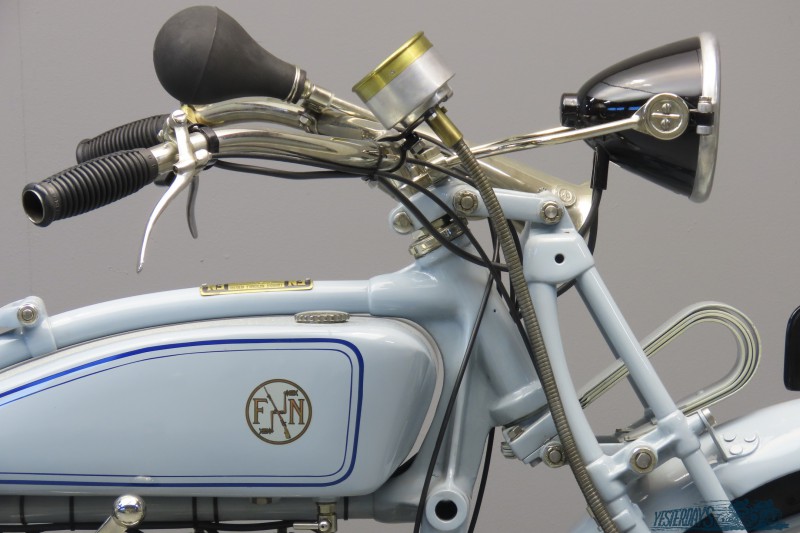 To many enthusiasts the FN four has always been one of the most appealing machines of veteran and vintage times. Its production runs from 1905 till 1926.
The earliest type has a 362 cc engine with automatic overhead inlet valves and side exhaust valves. The machine is single geared, has shaft drive and the top speed is about 60 km/hour. The FN four is an immediate success and finds customers all over the world; FN sells its machines in more than 40 countries. The company finds many customers in the U.S.A. and makes Americans interested in the four cylinder concept: Percy Pierce purchases a 1908 model on one of his trips to Europe and the FN becomes a point of reference for the first Pierce Four in 1909. The design is developed to 493 cc and the machine gets a proper clutch and gearbox in the years before World War One. In 1914 the engine is completely redesigned: it grows to 750 cc with mechanically operated inlet valves. Both inlet and exhaust valves are now side valves. The new model has a sturdy clutch and a three speed gearbox. Shortly after the first world war we see another design change: the side valve inlet system changes to overhead again.
In the autumn of 1923 the model M 50 is marketed: the machine gets chain drive and the flywheel is enclosed by the crankcase, to name a few new technical features. The unit engine four cylinder has bore x stroke of 52 x 88 mm and the tyre size is a robust 28×3.
More important perhaps for the customer is the design change in the rolling chassis: the Four gets the same modern looks as the new 350 OHV machine, with shorter frame and graceful petrol tank. But the days of the FN four are almost over now: the new and successful 348 cc OHV single M 60 is much cheaper and almost as fast. At the end of 1926 M50 production comes to an end. Only some 780 units are produced during the model`s lifespan.
The M50 we present here left the factory in Herstal on August 11, 1924. She has been carefully restored and comes with full Bosch electric lighting, AT speedometer and Lucas bulb horn.