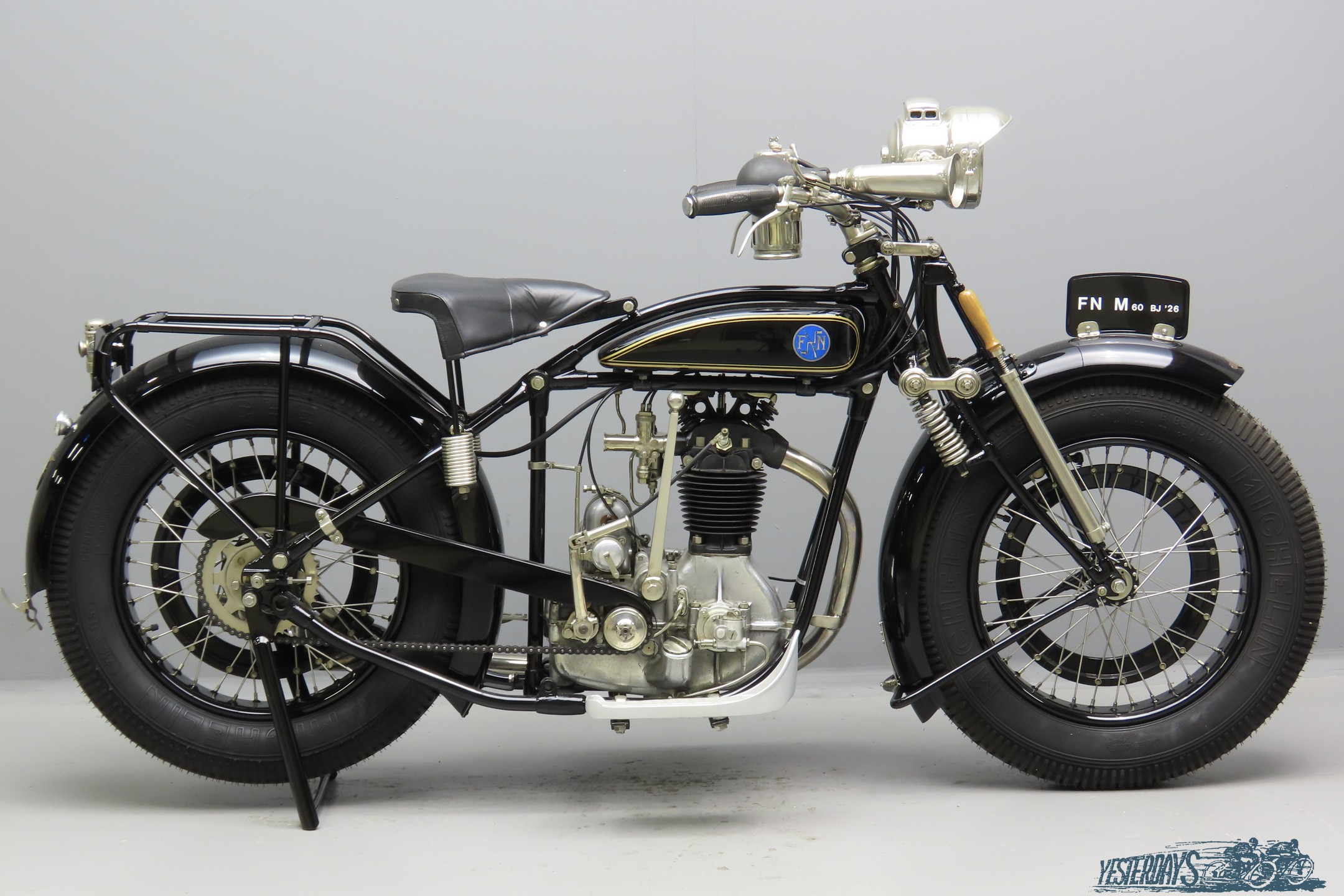 At the end of 1923 FN marketed a 348cc single cylinder ohv with unit construction engine and horizontally split crankcase.
This model, the M60, had bore x stroke of 74x81mm and was the start of a successful new line of models in a period in which the heavy and expensive four cylinder was quickly losing ground.
Two years later a bigger 500cc brother was brought out, the M 67 with bore x stroke dimensions of 85×87 mm.
The M60 was a light and agile machine and the works engineers managed to develop some racing versions that set no less than 17 world speed and endurance records on the Monza racing course in August 1926.
Next to the Standard model and the Sports model there was also a Comfort version that was equipped with 715×115 balloon tyres and aluminium footboards.
The last M60 models were built in 1927.
The “Comfort” we present here has been restored to a high standard and is fitted with Bonhomme saddle and Amac carburettor.
She comes complete with acetylene lighting system, bulb horn and tyre pump on front fork.