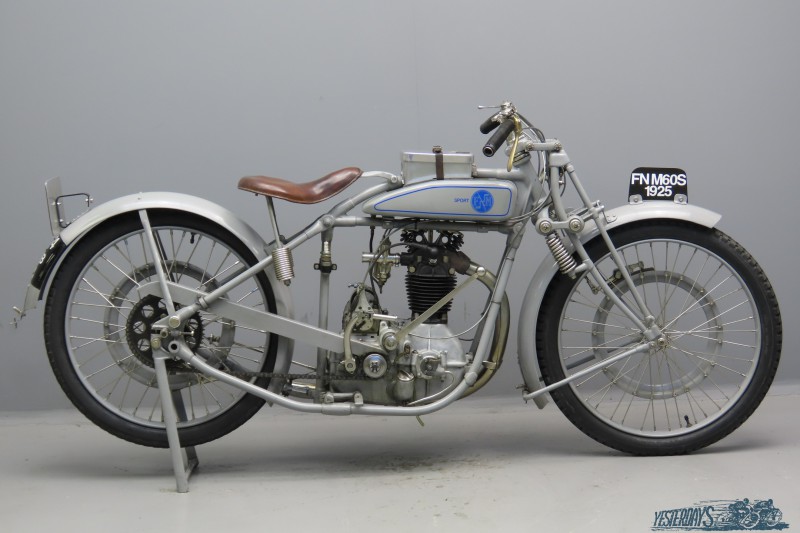 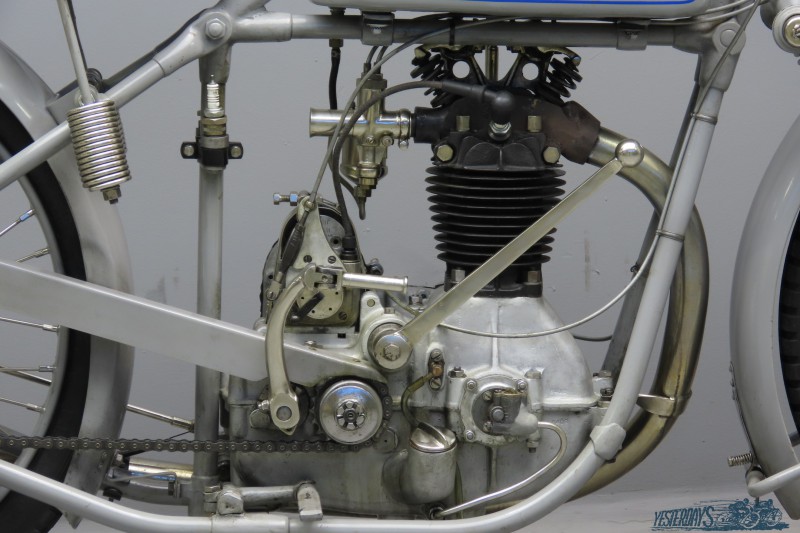 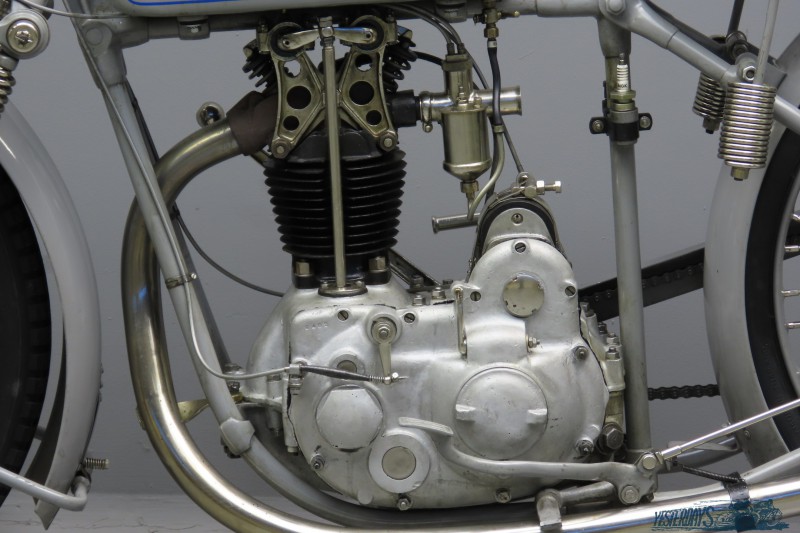 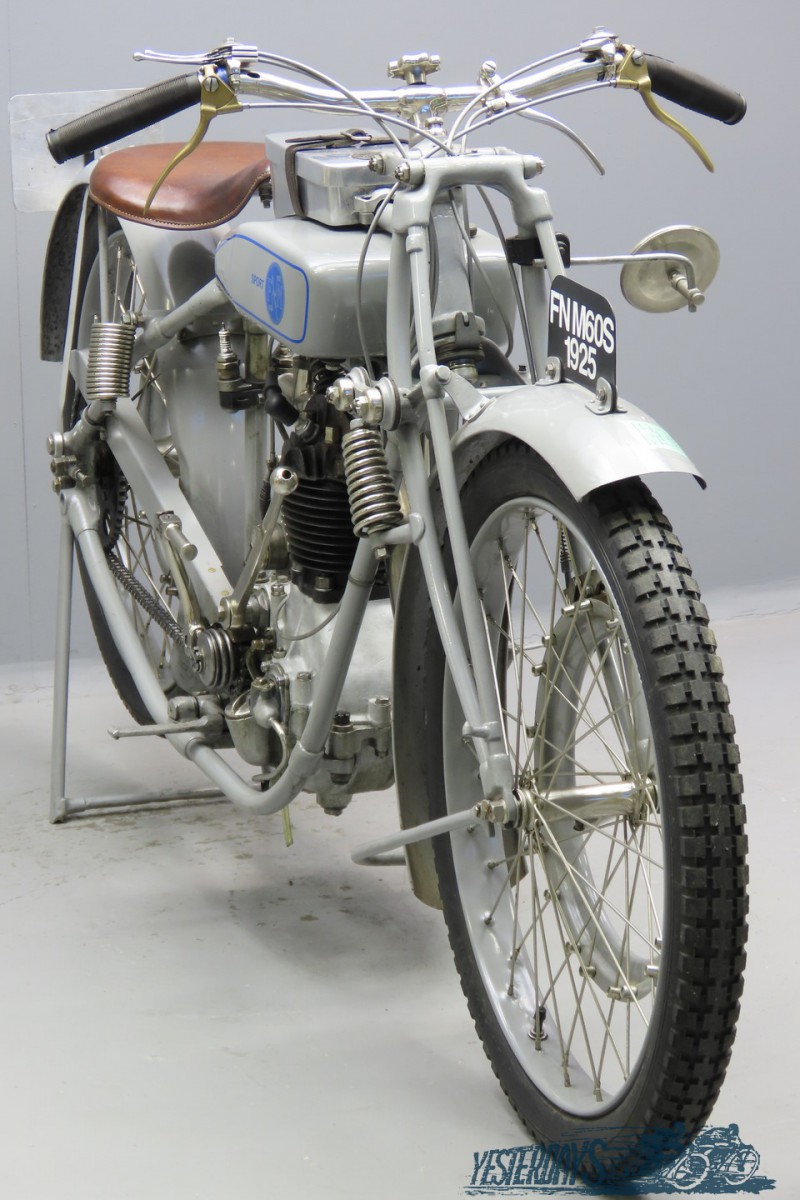 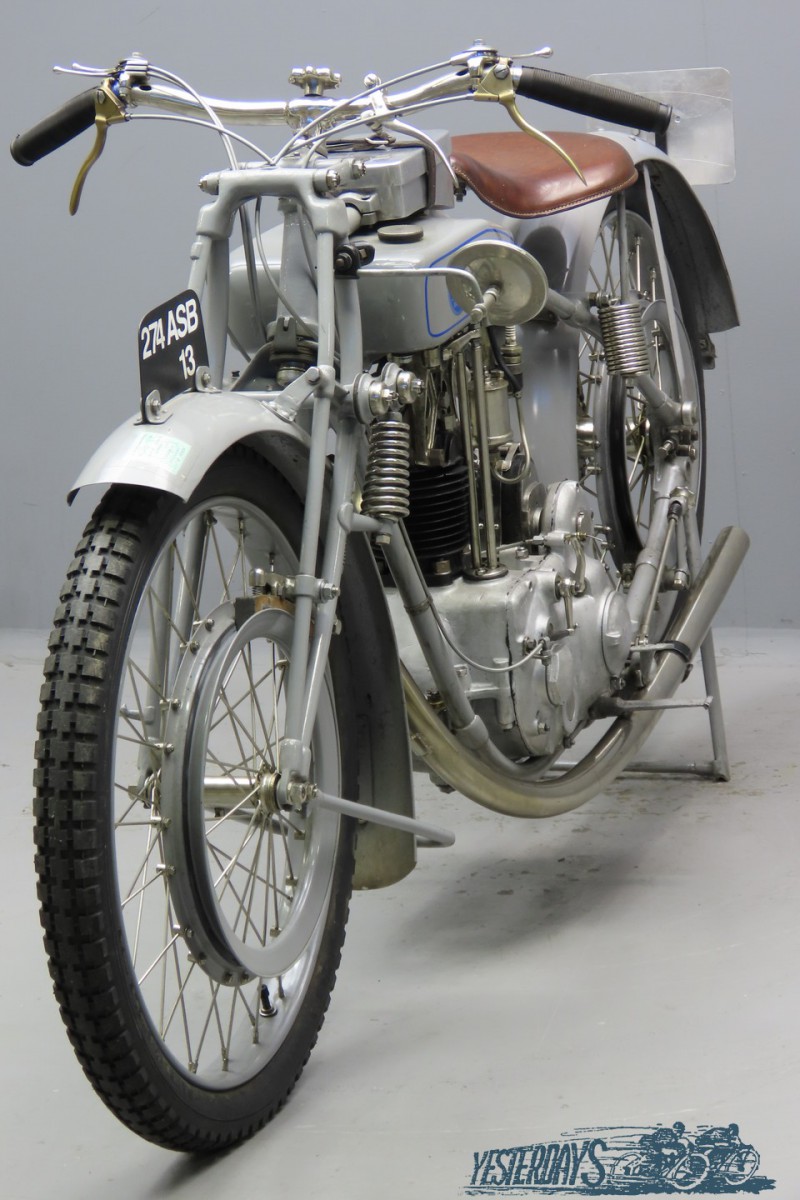 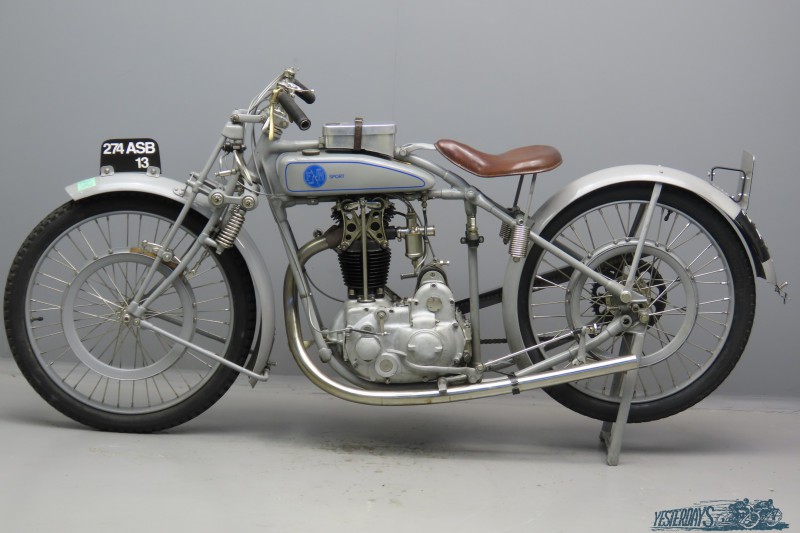 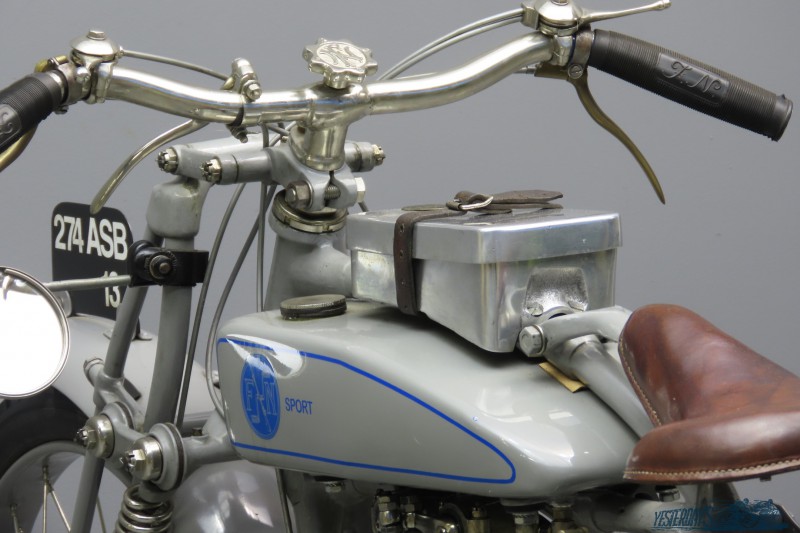 At the end of 1923 FN marketed a 348cc single cylinder ohv with unit construction engine and horizontally split crankcase.
This model, the M60, had bore x stroke of 74x81mm and was the start of a successful new line of models in a period in which the heavy and expensive four cylinder was quickly losing ground.
Two years later a bigger 500cc brother was brought out, the M 67 with bore x stroke dimensions of 85×87 mm.
The M60 was a light and agile machine and the works engineers managed to develop some racing versions that set no less than 17 world speed and endurance records on the Monza racing course in August 1926.
Next to the Standard model that had aluminium footboards there was a Comfort version that was equipped with footboards and 715×115 balloon tyres.
Most appealing to the Sportsman was the ”Sport”, that had footrests instead of boards, 26×2½ tyres and no rear carrier; the toolbox was positioned on top of the petrol tank.
From April 1924 till the end of production in 1927 in all 4765 M60s were manufactured.
According to FN archive information this restored Sports model left the works on June 12, 1926 and was despatched to the FN agency in Neuilly, France.
She is fitted with AMAC carburettor and Bosch magneto and has been a regular participant in vintage rallies.