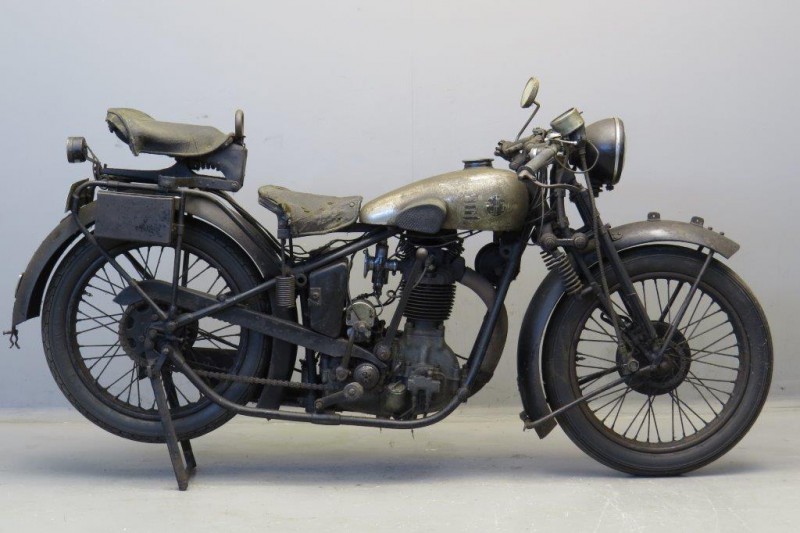 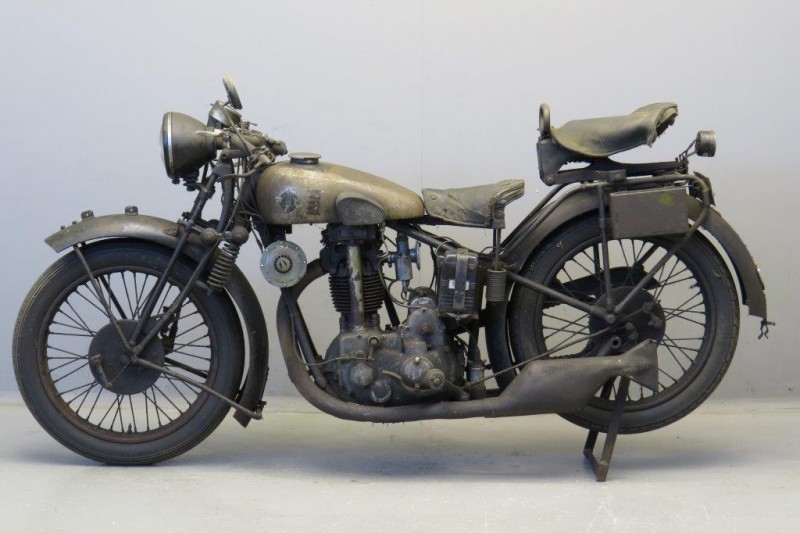 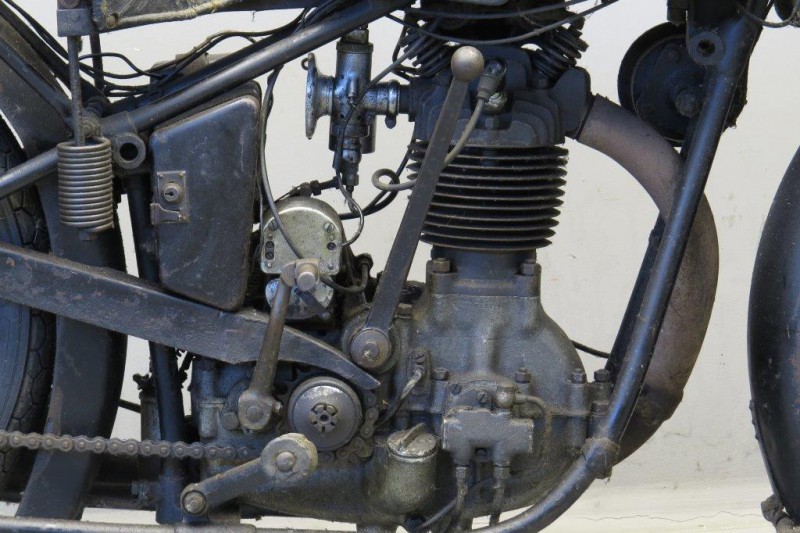 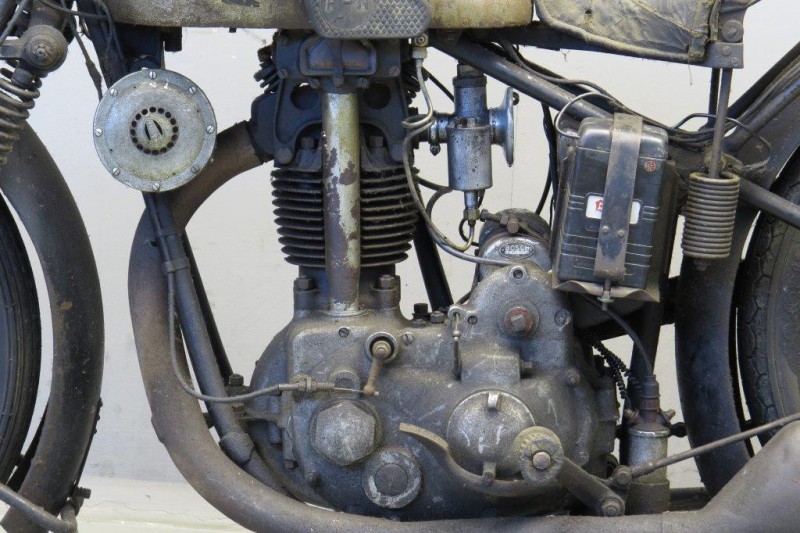 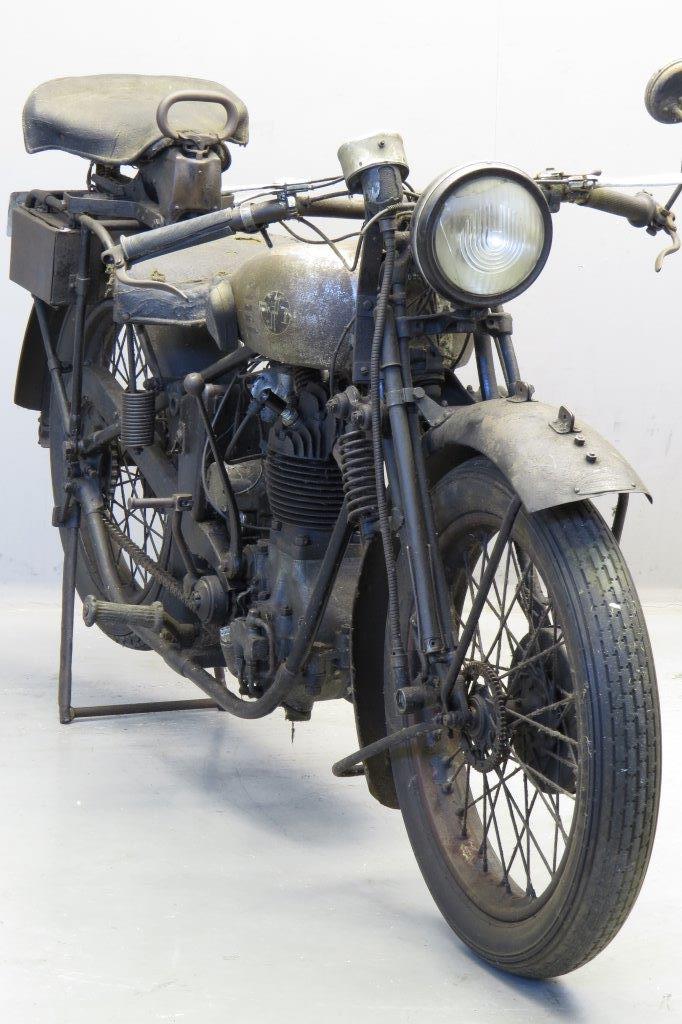 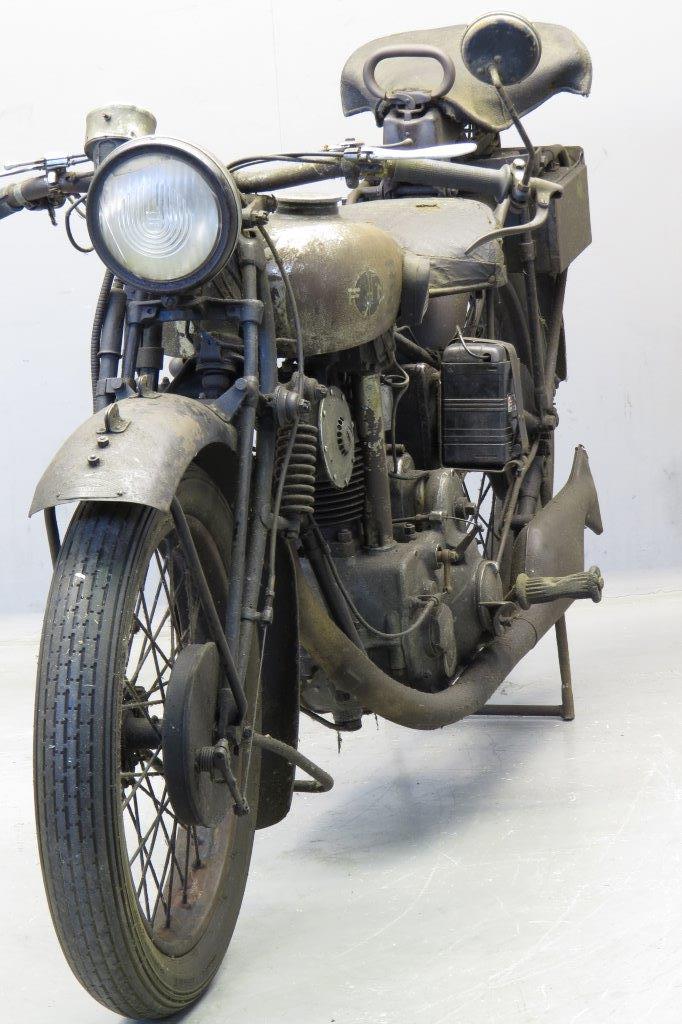 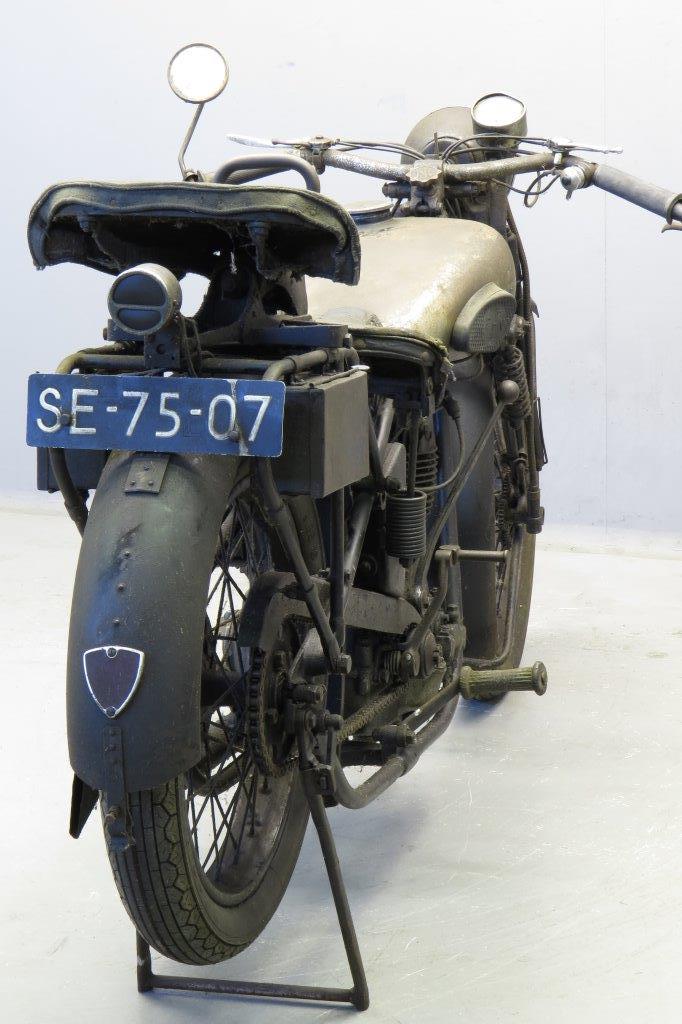 At the end of 1923 FN marketed a 350 cc  single cylinder ohv with unit construction engine and horizontally split crankcase.
This model, the M60, was the start of a successful new line of models in a period in which the heavy and expensive four cylinder was quickly loosing ground.
Two years later a bigger 500cc brother was brought out, the M 67 with bore and stroke dimensions of  85×87 mm.
In October 1927  the  M 67 B was brought out, with a new type of frame and a bigger petrol tank.
In 1929 the M 67   “C” got enclosed pushrods and rocker gear and  in 1930 the “D” was brought out, it sported a  more graceful petrol tank.
The M67 was very successful in sporting events.
The Depression years were very hard for the factory: in 1932 the total production amounted to 3,263 machines, less than half of the production of 1931.
1933 was even worse with only 1,742 units produced.
The  M 67 lost its status of top model  in 1934 when its  successor, the venerable M 86, was introduced.
Production  ended around 1935.
The M 67 with a weight of  140 kilos was  a relatively light and agile machine with a top speed of about 110 km/h.
Standard petrol tank finish was black, this machine has the optional chrome finish  tank.
This sportsmen’s  dream  is  equipped with Bosch electrics – as usual with FN- and Hella horn  and comes complete with Smiths speedometer.
It is in excellent unrestored and  original condition, complete with rear view mirror and pillion seat.
After a 30 year sleep in a barn it proved to be a good starter and strong runner.
A dealer sign on the front mudguard says the machine was  originally sold by “Motorhuis W. Breeman, Oostplein 22 Rotterdam”.