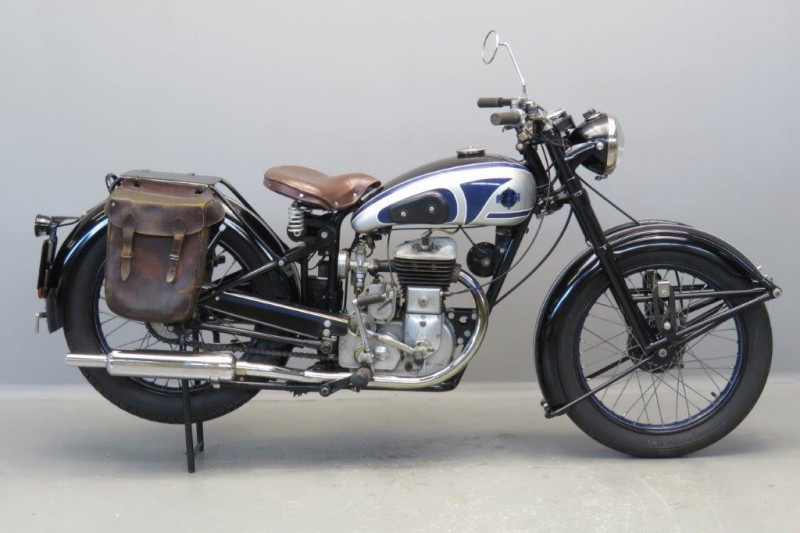 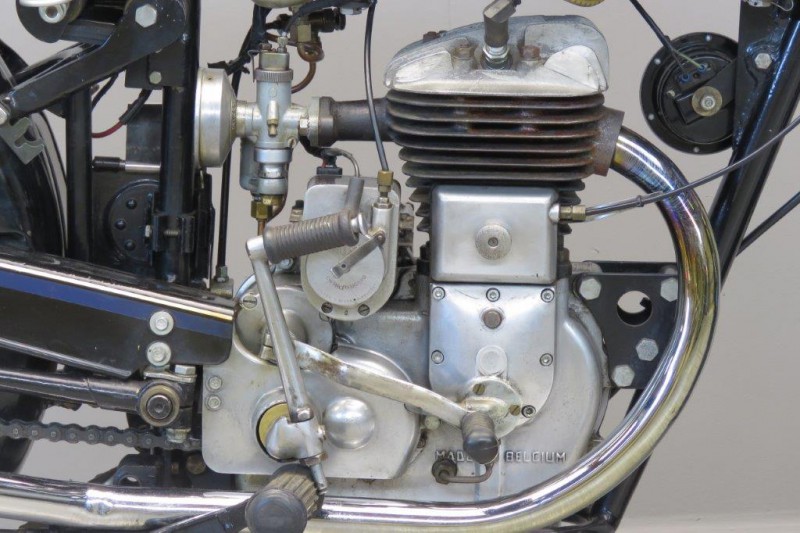 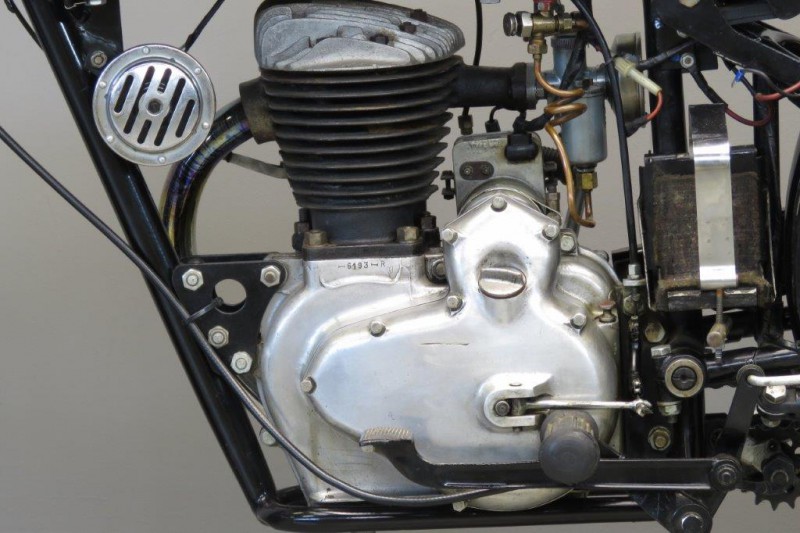 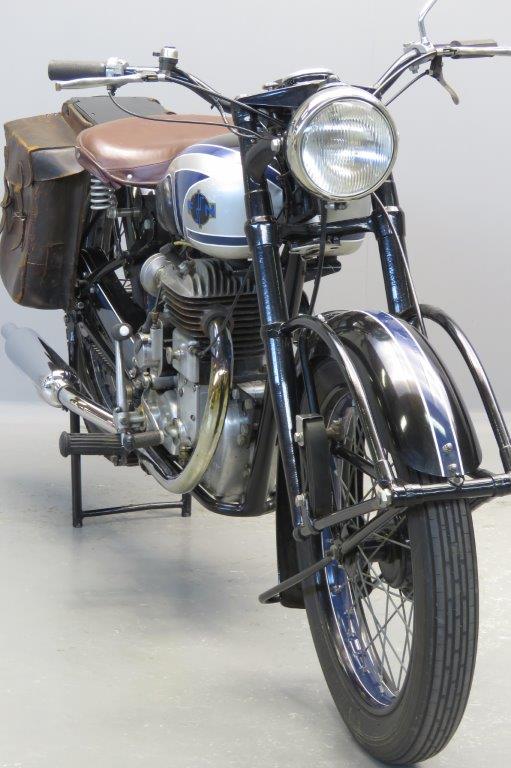 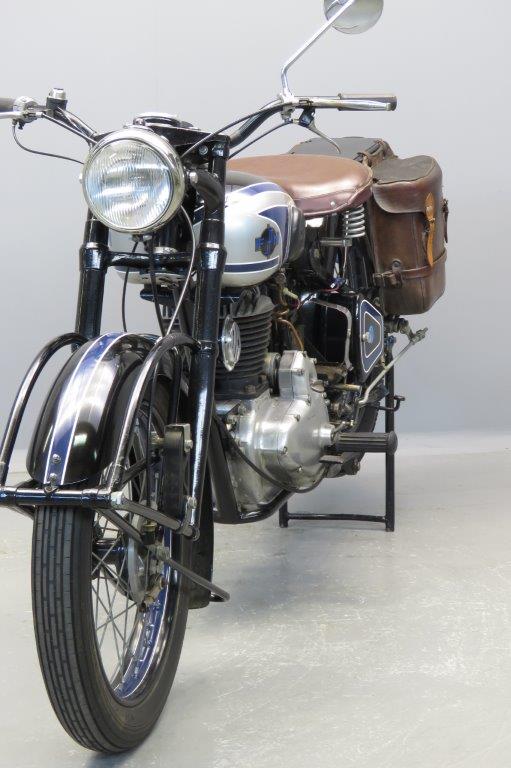 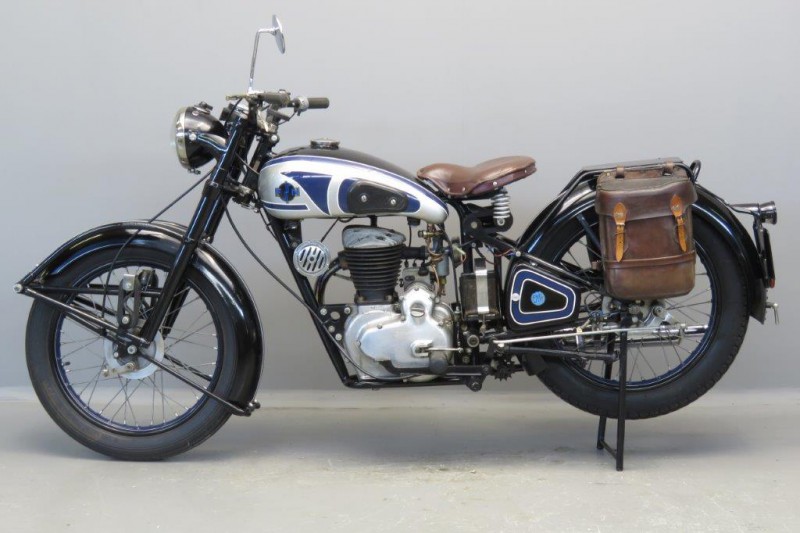 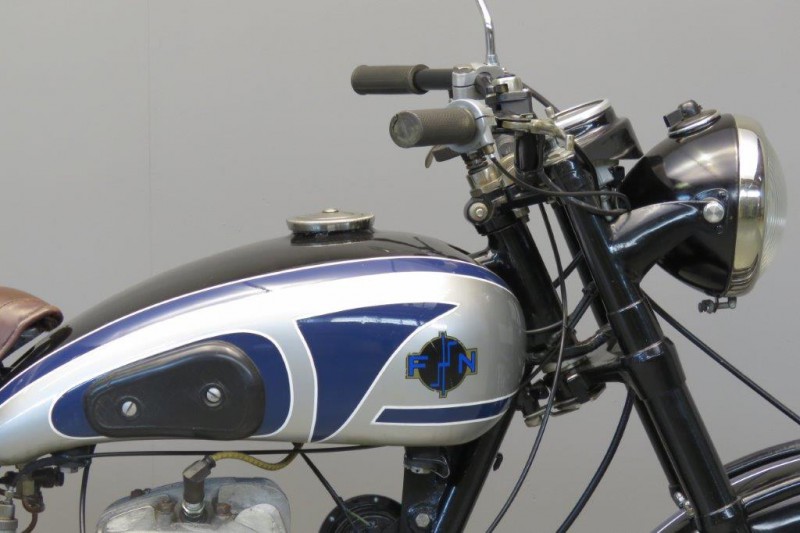 FN which stands for Fabrique Nationale d’Armes de querre, (National Factory for War weapons) was founded in 1889 in Herstal. At first, the factory was only focussed on weapon & ammunition production, starting for the Belgian government, but very soon for several
other countries as well. Investments were made and this soon resulted in making a broader range in products, such as bicycles, cars and motorcycles. The factory already started building motorcycles in 1902. The 4 cylinder model which was produced between 1904 till 1926 was one of the most iconic motorcycles of all times.
The first FN model M13 was put in production in 1947. Typically to this model was the front suspension, being a unique trailing cantilever structure with pulled front wheel. At first, the frame was a parallelogram shape with steel springs at the sides. Later on, the model follows the roundings of the mudguard, with rubber bands to control suspension movement (given the fact that the wheel of a wheelbarrow was more easily pulled, than pushed over an obstacle).
The rear suspension with rubbers was applied to all the models.
The single cylinder 450cc side valve engine is of unit construction and well known for its sturdiness and reliability.
Nowadays FN concentrates on ammunition for warfare and they also make quality sports guns.
This FN M13 is in a very nice condition throughout and comes complete with leather saddle bags and is a good runner.