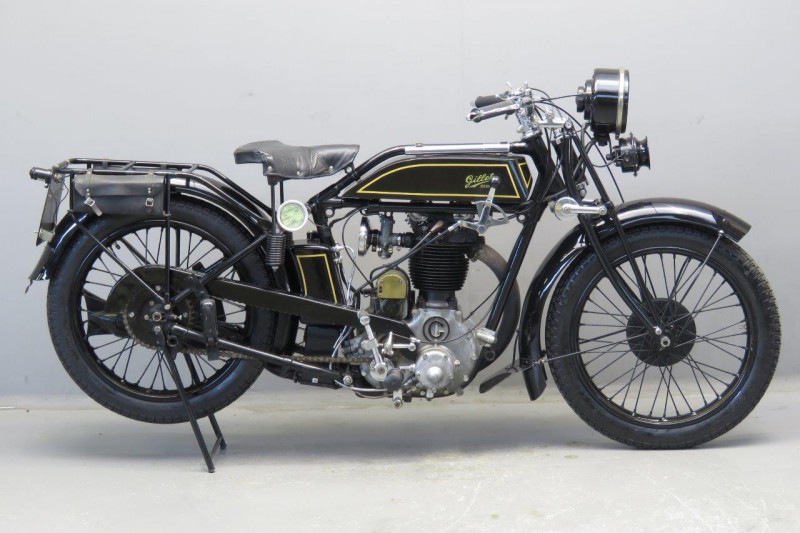 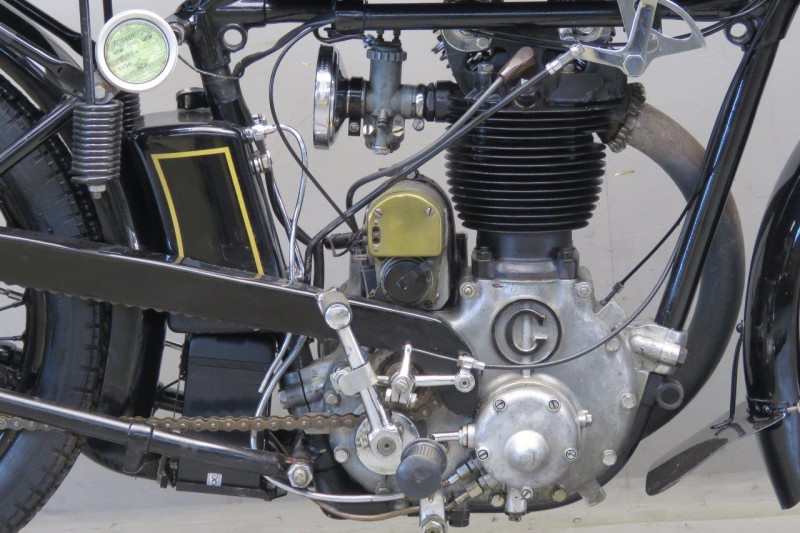 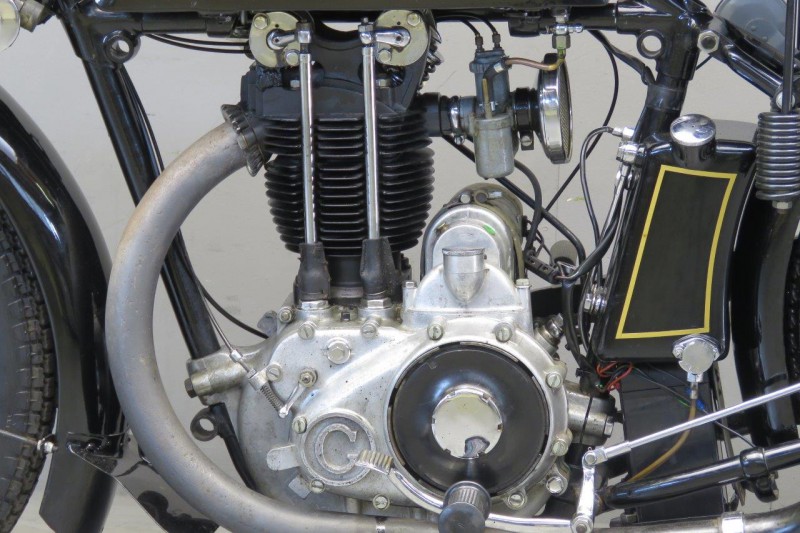 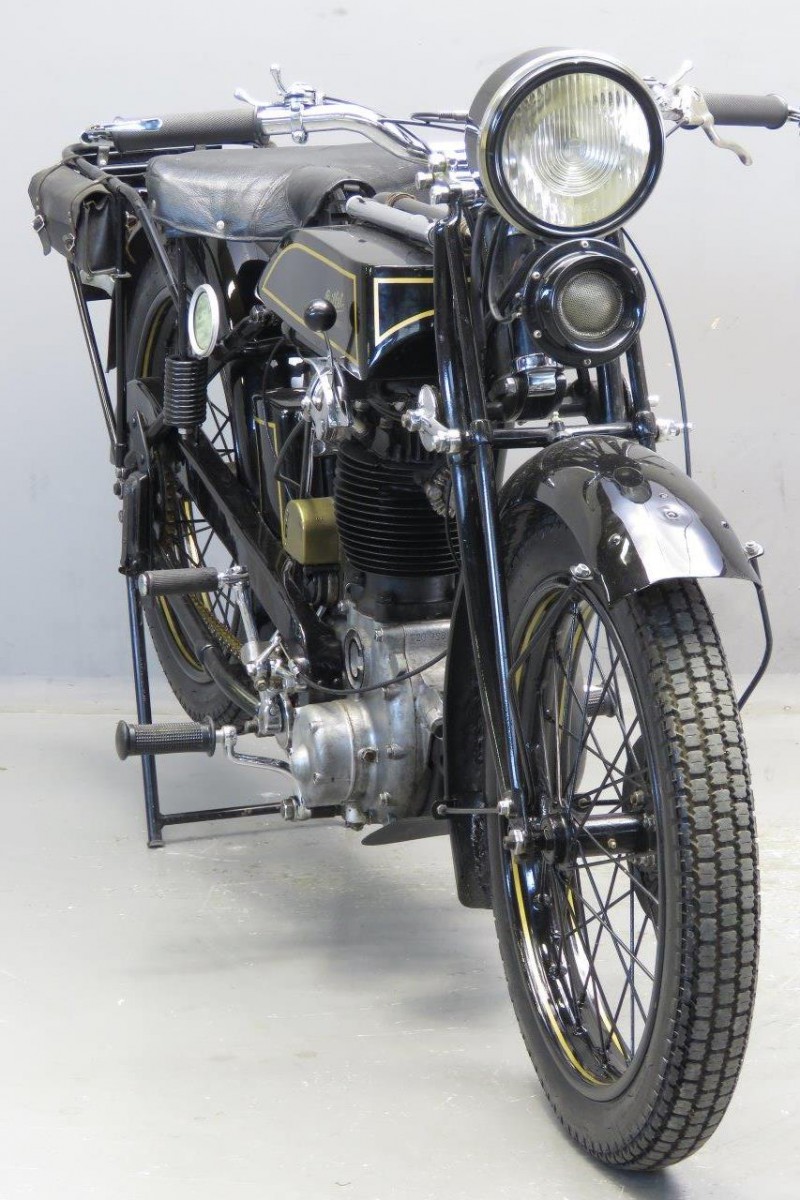 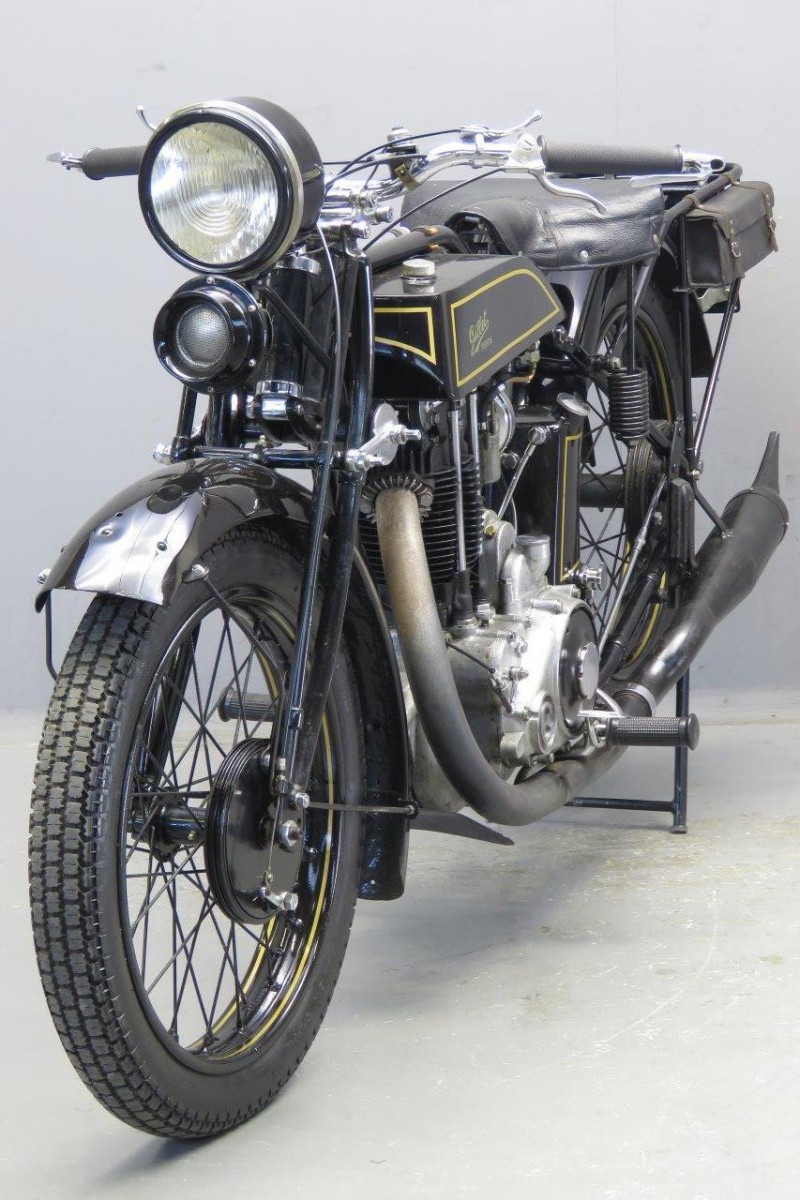 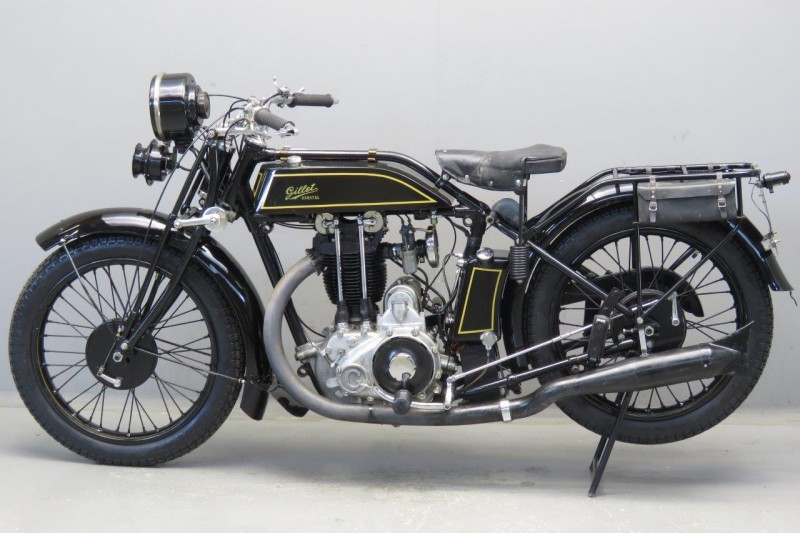 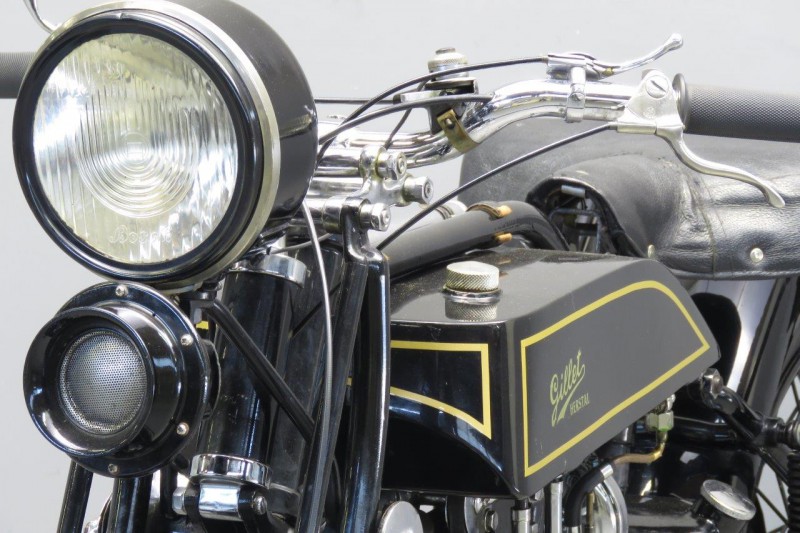 The first Gillets -built in  Herstal near Liege, Belgium- were brought out in 1920 and were  unit-design300cc two-strokes with belt drive.
The design was simple, rugged and reliable and soon the company was an established and successful motorcycle manufacturer.
Many long-distance runs were made and the two-strokes were very prominent in races.
The company surprised the motorcycle world at the Paris Show in December 1926  by bringing out  a sporting four stroke model.
It was designed by Armand Laguesse, brother of  Fernand who  had designed the successful two stroke Gillets.
The machine was an attractive and sturdy design with 84 x 90   unit construction engine and powerful 280 mm brakes.
In 1928  a competition model of the 500 was brought out, the  “Supersport”.
This  model  broke many world records at the Monthlery track in France to prove the power  and reliability  of the design.
This sporty  machine is  equipped with  Bing carburettor and Bosch lighting and ignition system.