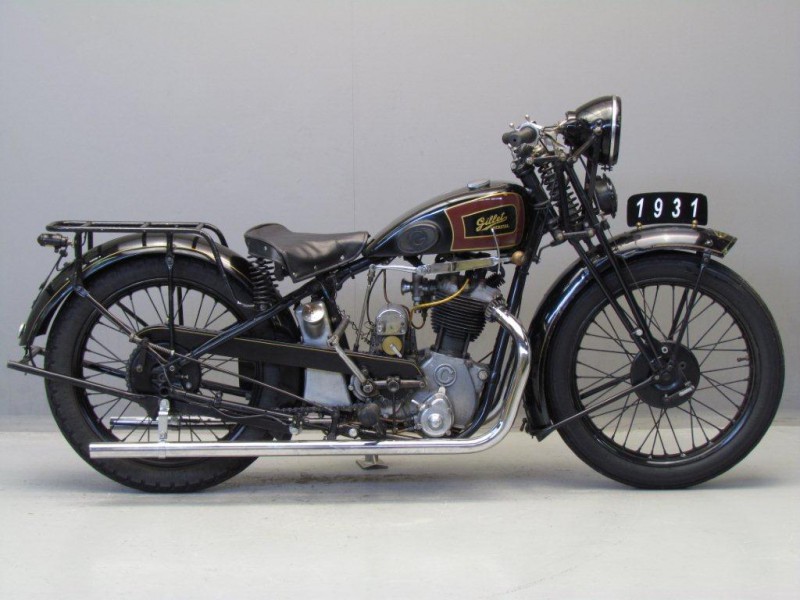 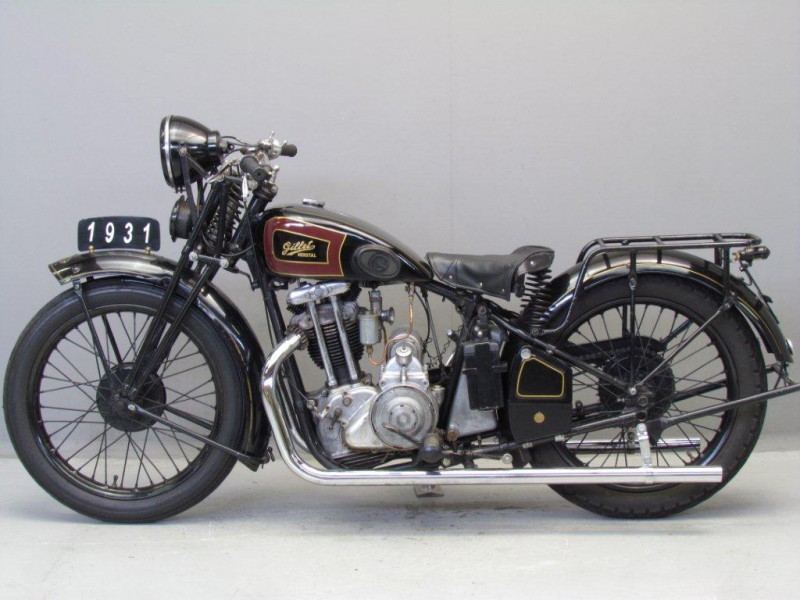 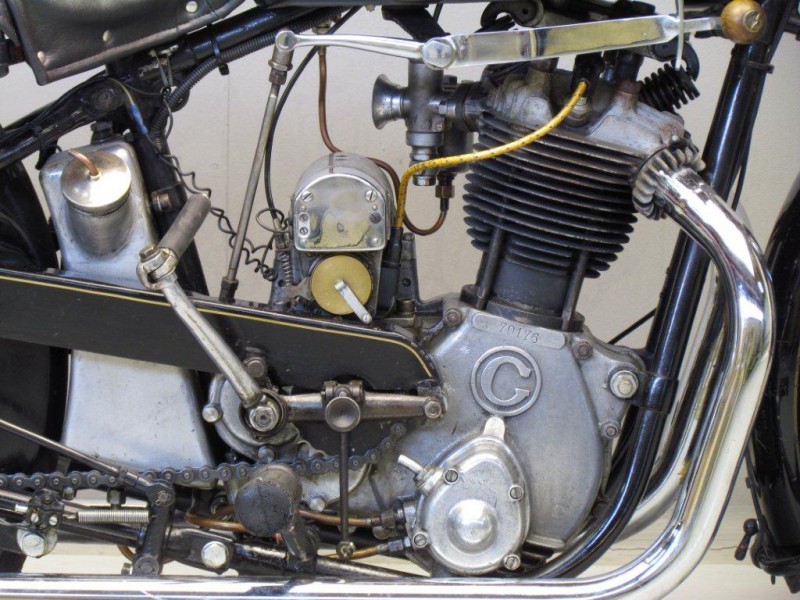 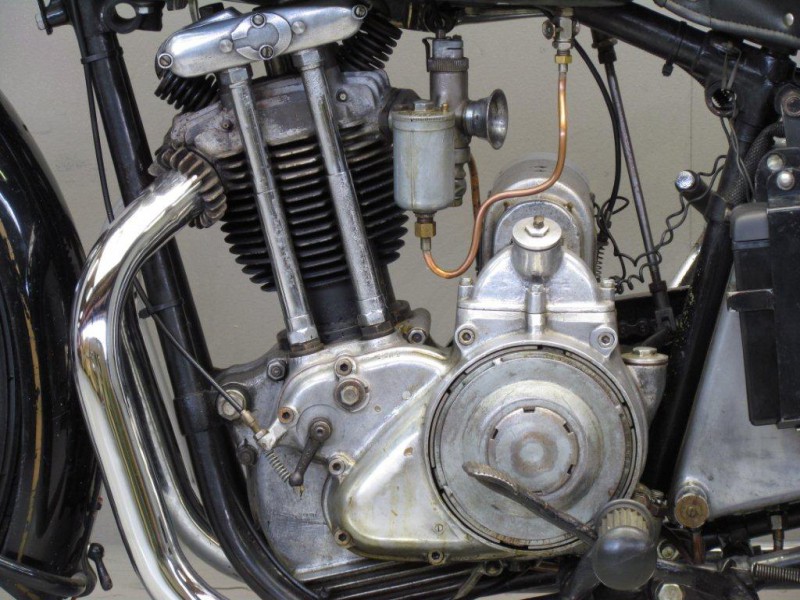 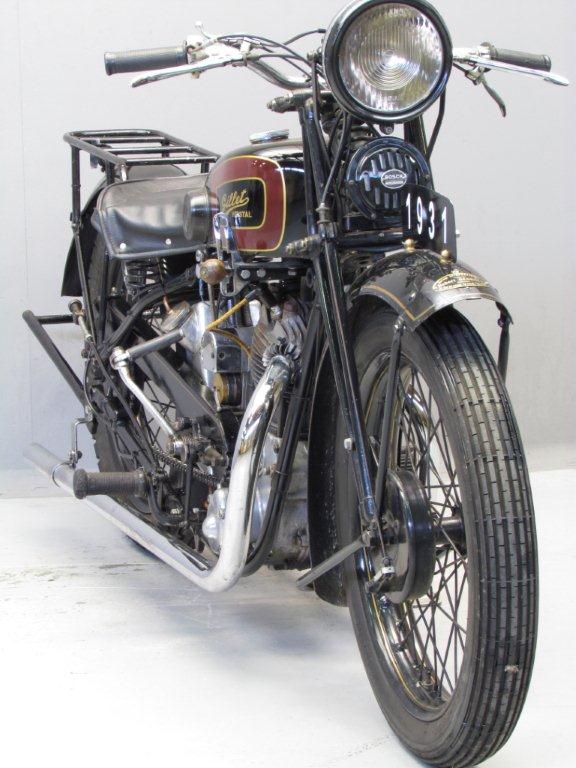 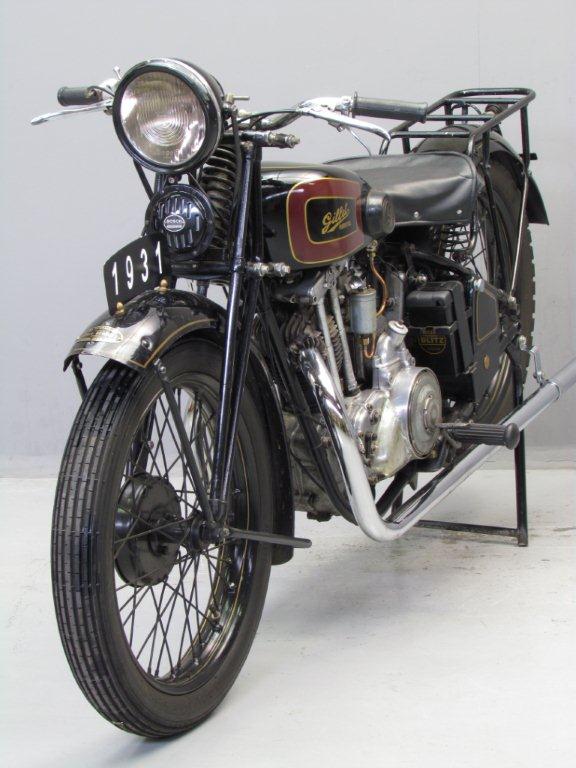 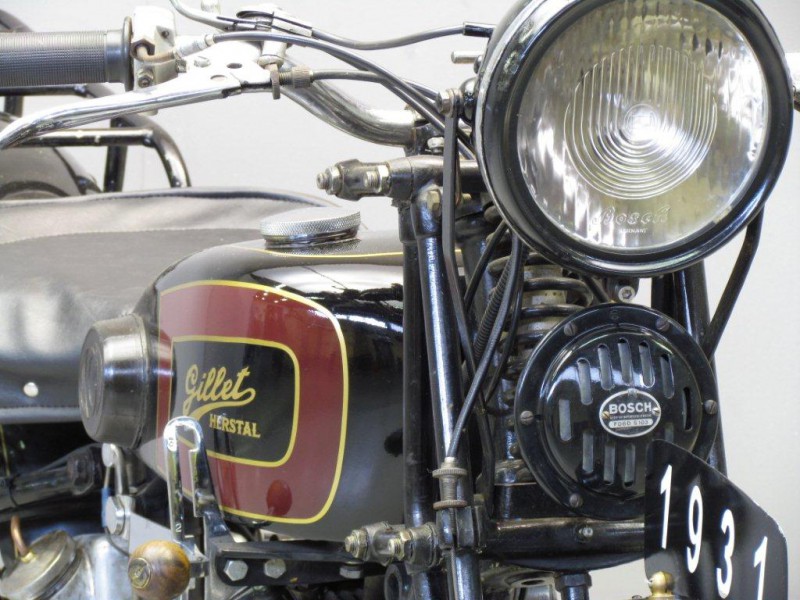 The first Gillets -built in  Herstal near Liege, Belgium- were brought out in 1920 and were  unit-design300cc two-strokes with belt drive.
The design was simple, rugged and reliable and soon the company was an established and successful motorcycle manufacturer.
Many long-distance runs were made and the two-strokes were very prominent in races.
From June to December 1926 two Frenchmen rode their Gillets for a distance of 25,000 kilometres and covered almost all continents of the world.
No real problems occurred with the machines and from December 1926 the venerable  two-stroke was named the “Tour du Monde”.  Sporting four-strokes were brought out also at the end of 1926 and in 1928 the 500cc OHV “supersport”model  broke many world records at the Monthlery track in France.
The 350 Sport  was brought out  at the end of 1930 and the model would remain in production till 1948.
This machine is  equipped with a reliable Bosch lighting and ignition system.
It’s   a good-looking older restoration  and is still going strong.
This Gillet was sold new to Mr  Riemersma  on12-05-1931 .
Mr Riemersma was a motorcycle dealer in Eindhoven Netherlands