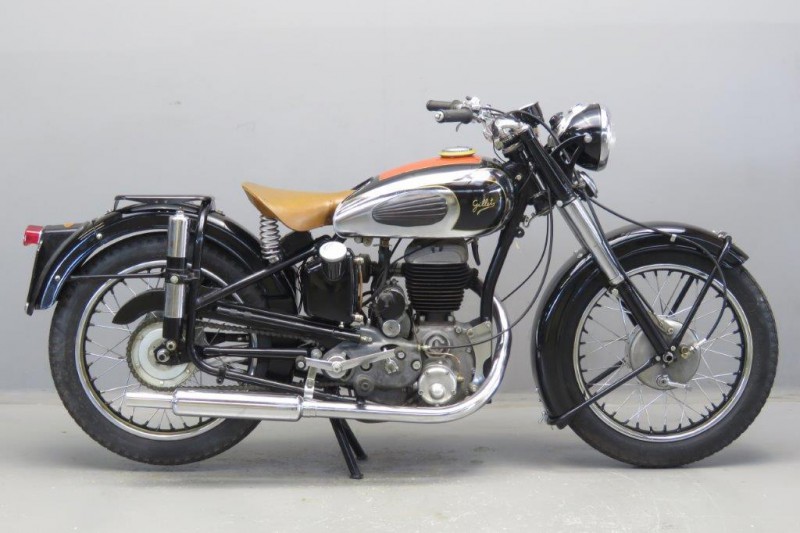 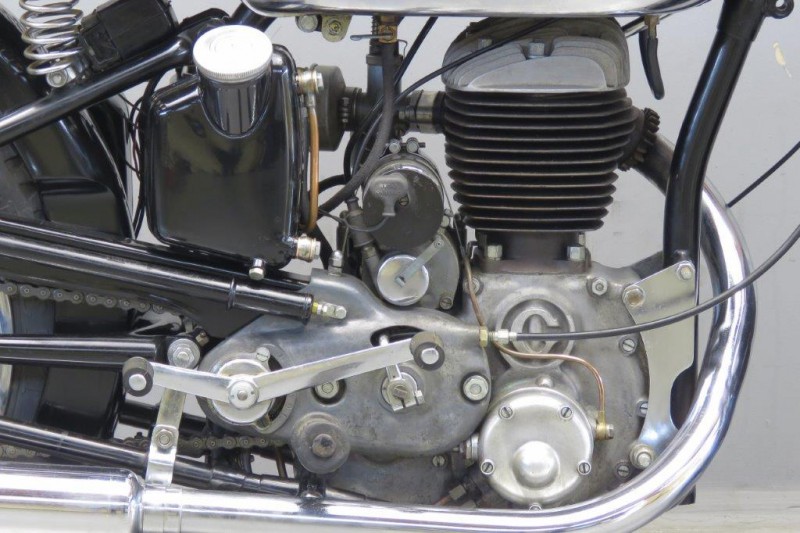 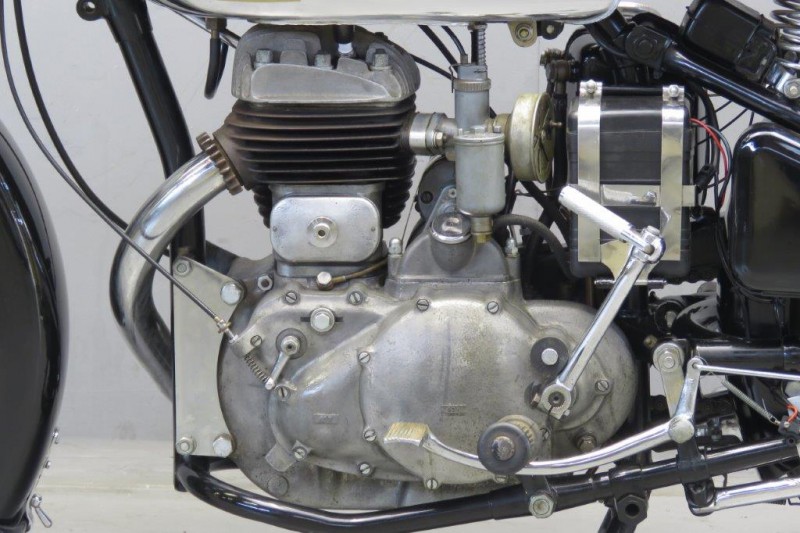 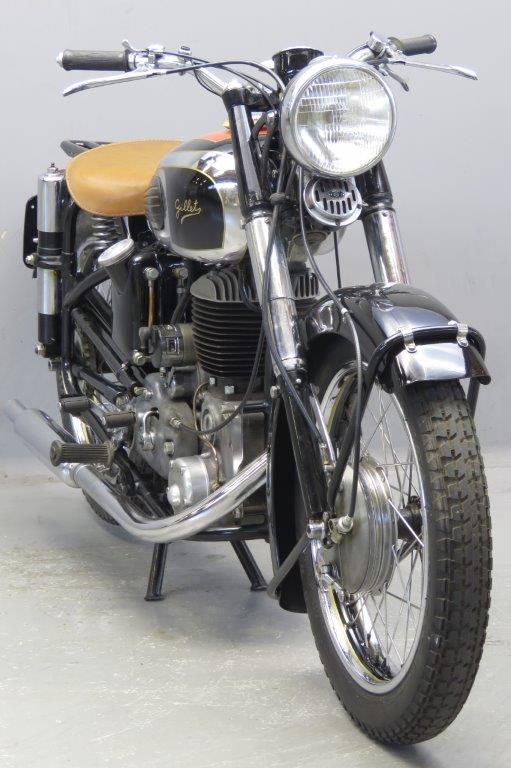 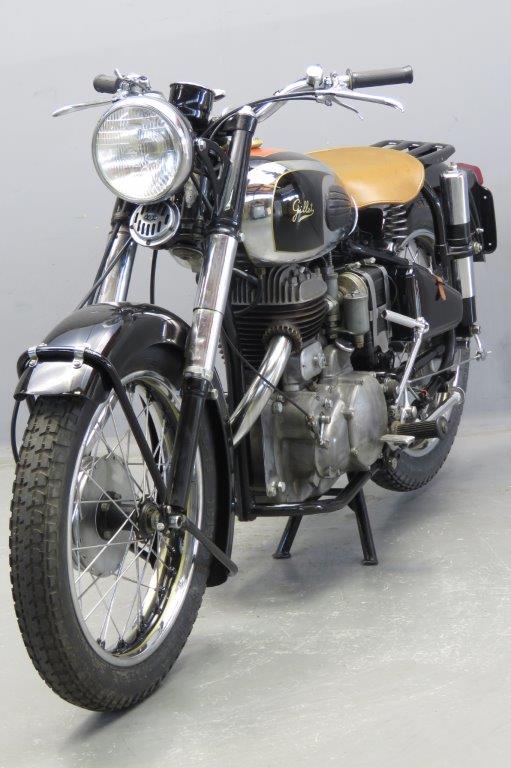 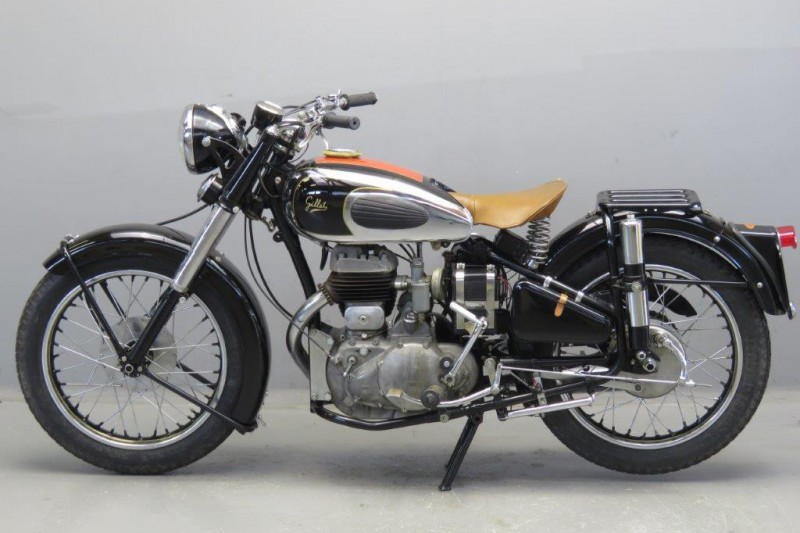 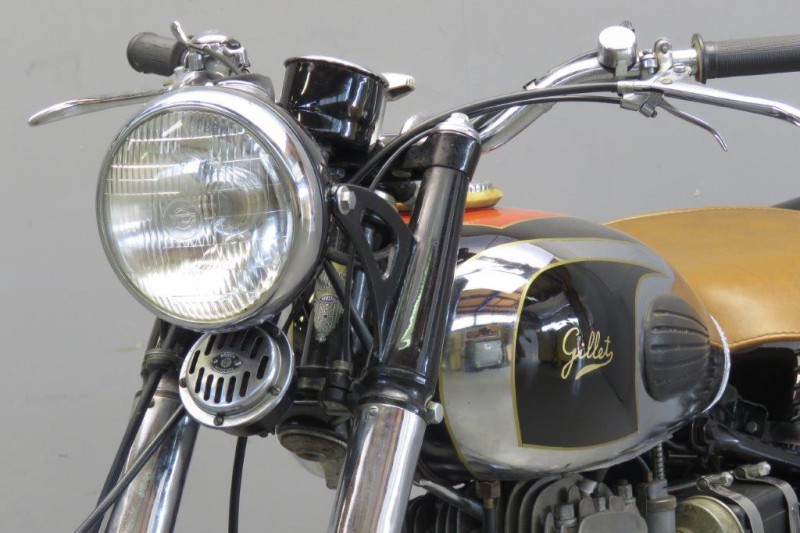 The first Gillet-Herstal motorcycles were 300 cc 2-strokes.
Mr. Leon Gillet had a preference for 4-stroke engines and in 1920 he used V-Twin MAG 750 cm³ IOE engines.
In 1922 he released also a 1000cc model.
Also in 1922 he released a model 350 cc 2-stroke with rotary intake. In 1926, Robert Sexé and Henry Andrieu made a world tour with two of these machines , covering a distance of        25 000km. Following this feat, this model was called "Tour du Monde".
After this trip, the two bikes continued to be used and covered respectively 130 000 and 150 000 km, which still today represents a significant mileage! In 1927 Gillet-Herstal acquired the French company GERKINET (which produced a motorcycle named Harlette), which assembled the bikes under the name of GECO-HERSTAL.
This was to circumvent tax on imports. The production substantially lowered during the Second World War. In 1945 the recovery was made ​​with a two-cylinder 720 cc 2-stroke.
In 1951 Gillet-Herstal fielded no fewer than 18 different models.
The range was further decreased until 1955. Unfortunately all these models were expensive in development and production and the situation was deteriorating  rapidly.
In 1958 the production was stopped.
The last bikes were built from stock until final closure in 1960.
This 1951 Gillet Estafette started life as a militairy machine, witness the bill of sale provided by the Belgium Militairy Logistic department .
She was sold as a militairy surplus machine.
Successively she was attractively civilianized with a glossy black finish and lots of shiny chrome plated parts.
She is reliable and a good runner .