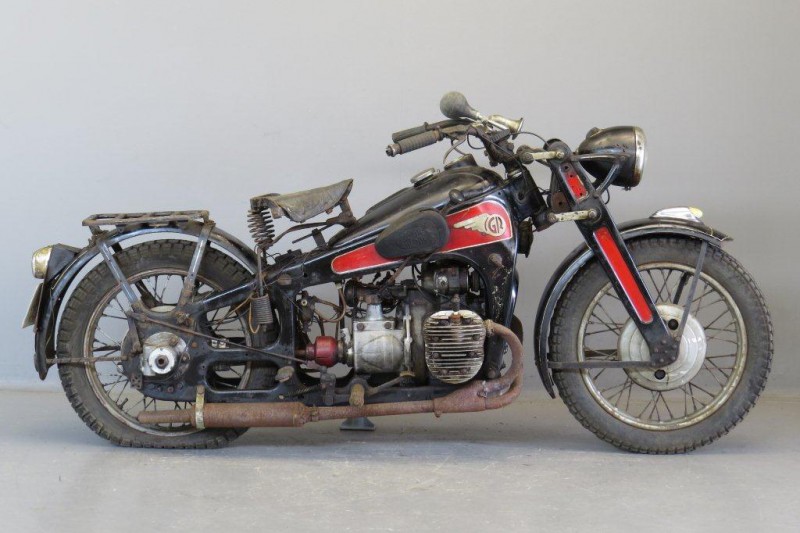 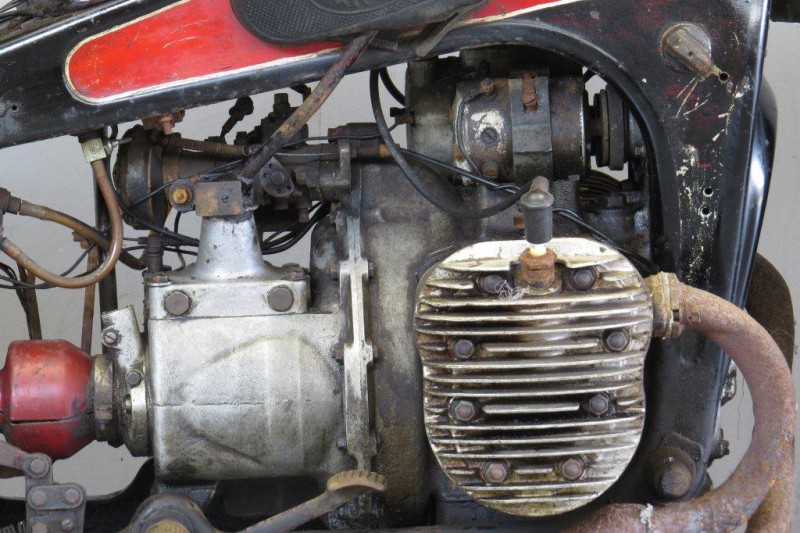 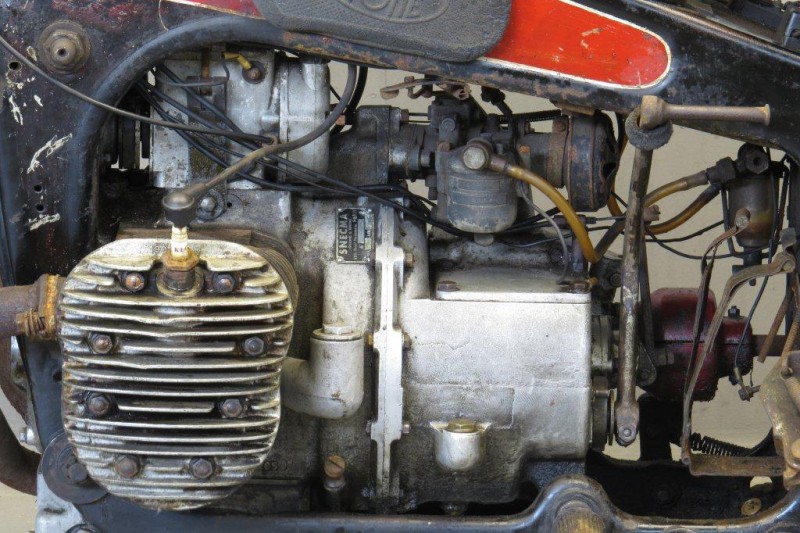 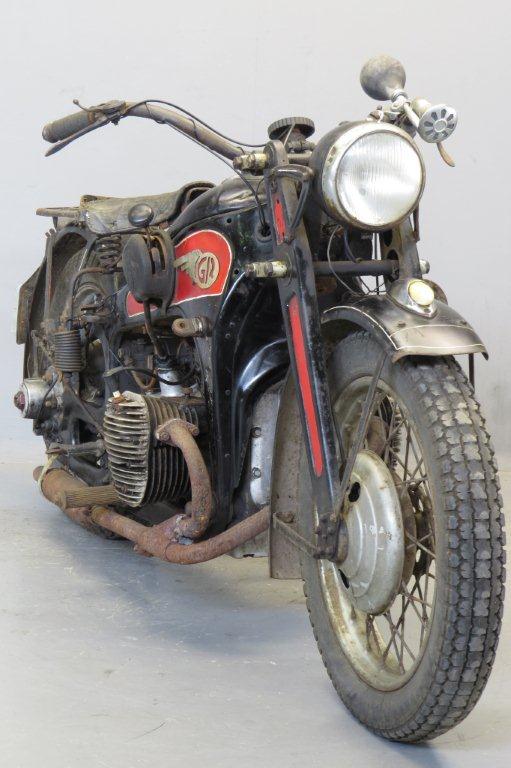 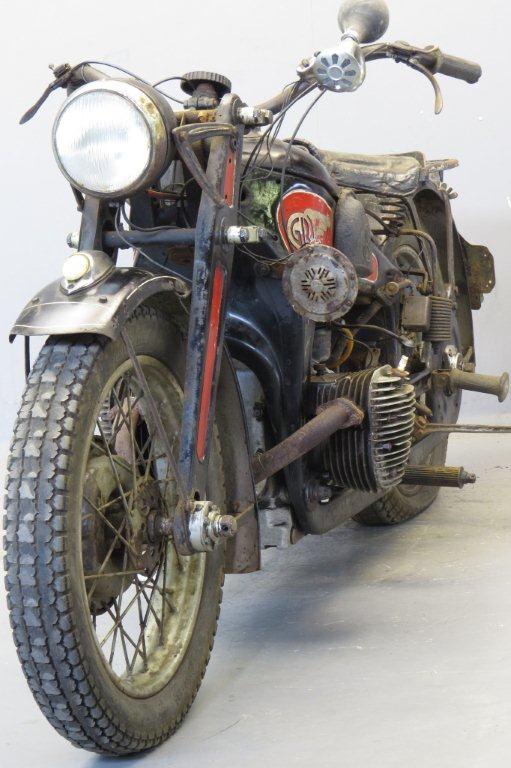 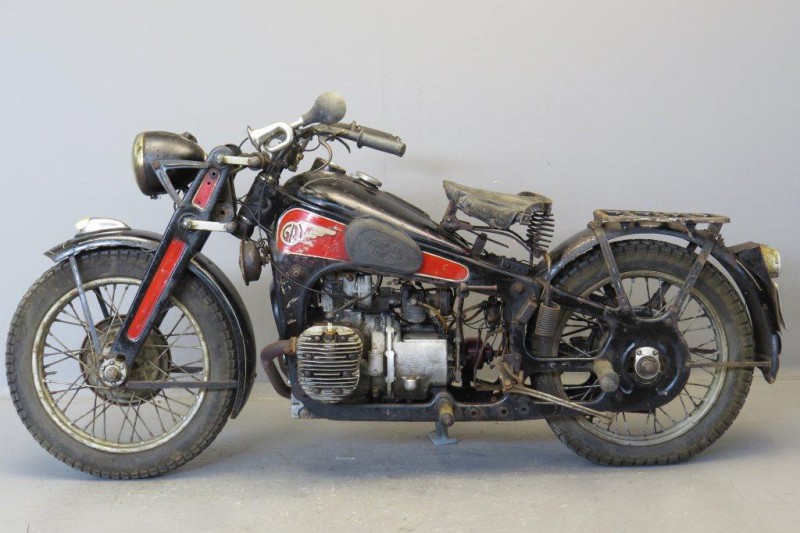 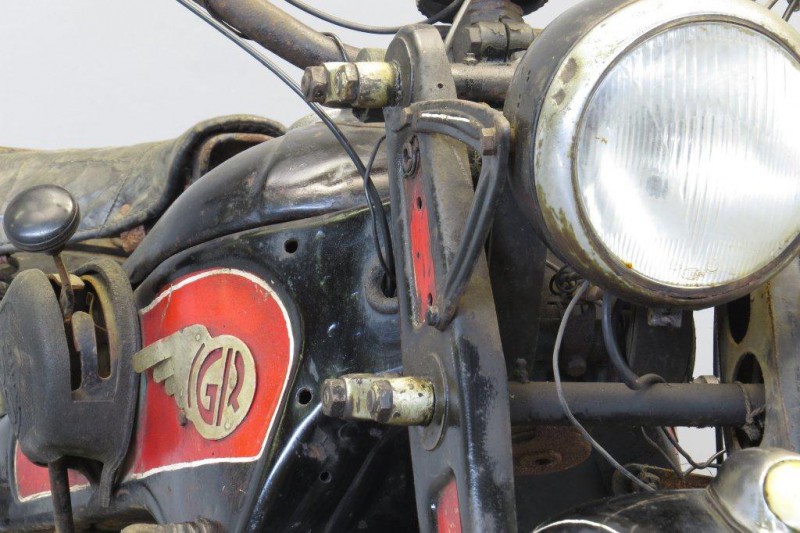 The G&R factory produced airplanes in the First World War.
In 1919 a new line of products was found when the company started to build the Bradshaw designed flat twin ABC motorcycles under licence.
From 1923 on the Paris-based factory built machines of their own design.
Both side valve and overhead valve engines were used.
In the late twenties BMW like models with transverse mounted twins in pressed steel frames were introduced.
After the Second World War the factory concentrated on small two strokes.
Production ended in 1959.
The design of the AX 2 was derived from the 500 cc side valve flat twin V.2.
In 1935 G-R had presented the XA, a 750cc OHV version of this machine to the army and by the end of 1936 this machine was further developed to the XA2 with Bernadet sidecar.
Soon after a version with driven sidecar wheel was available and this was designated the AX2.
The original XA’s OHV engine had proved to be too delicate for military use so it was decided to use an enlarged version of the 500cc side valve twin to provide enough bottom power to pull a fully loaded sidecar through heavy terrain.
The AX2 proved its stamina in December 1938 when four sidecar combinations successfully covered the 5300 km from Paris to Dakar.

The 18 HP-output AX2 has bore x stroke dimensions of 80 x 80 mm and is constructed around a pressed steel frame.
It has a four speed gearbox and shaft drive.
The front forks are sprung by rubber bands and the wheel bearings are placed outside the wheel hubs, an unusual design feature.
Until May 1940 a few thousand combinations were delivered to the French army.
Many were captured by the Germans and were subsequently used by the Wehrmacht.
This AX2 is a rediscovered barn find: it languished for many years in an old garage but is fitted with a valid Dutch registration.
See our RELATED ITEMS / ENGINES section for spare AX2 engine and body parts.