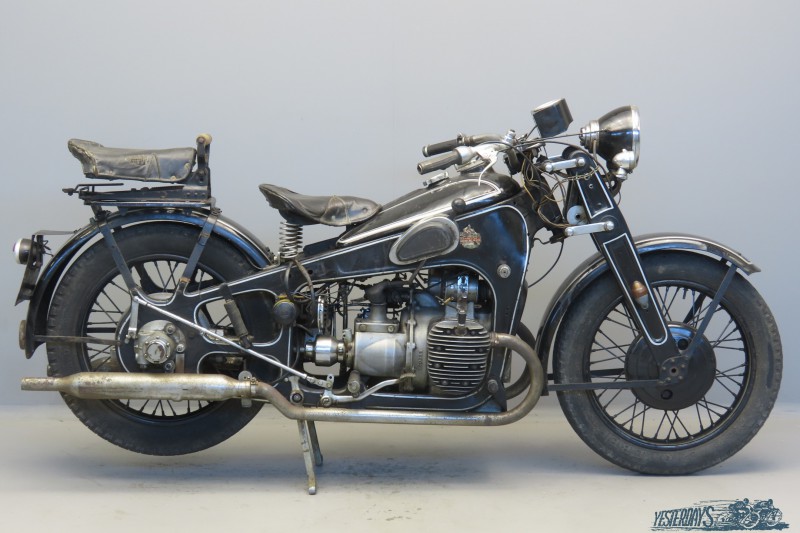 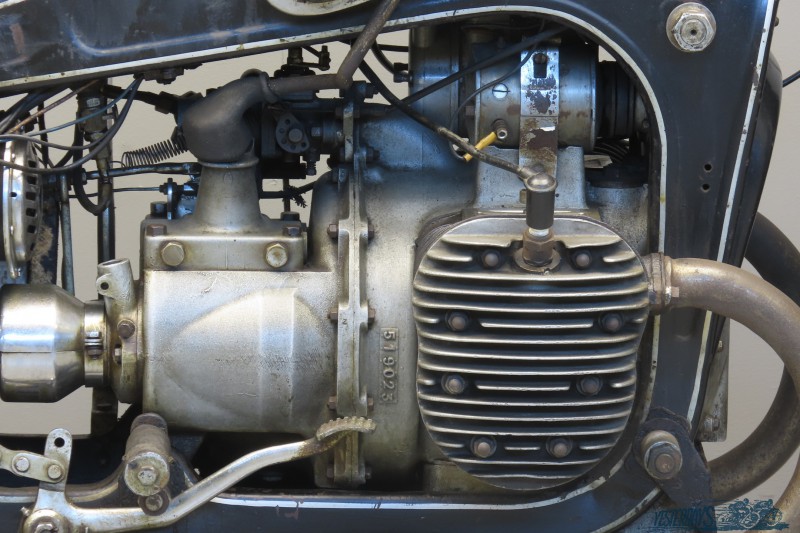 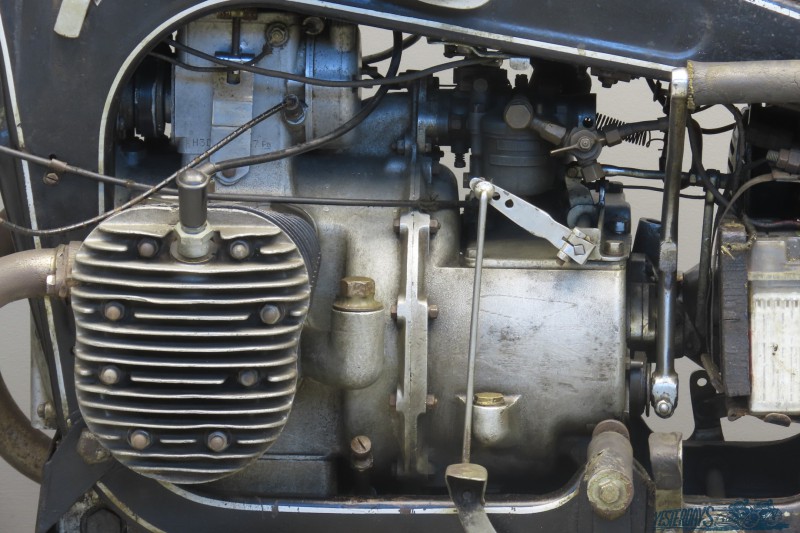 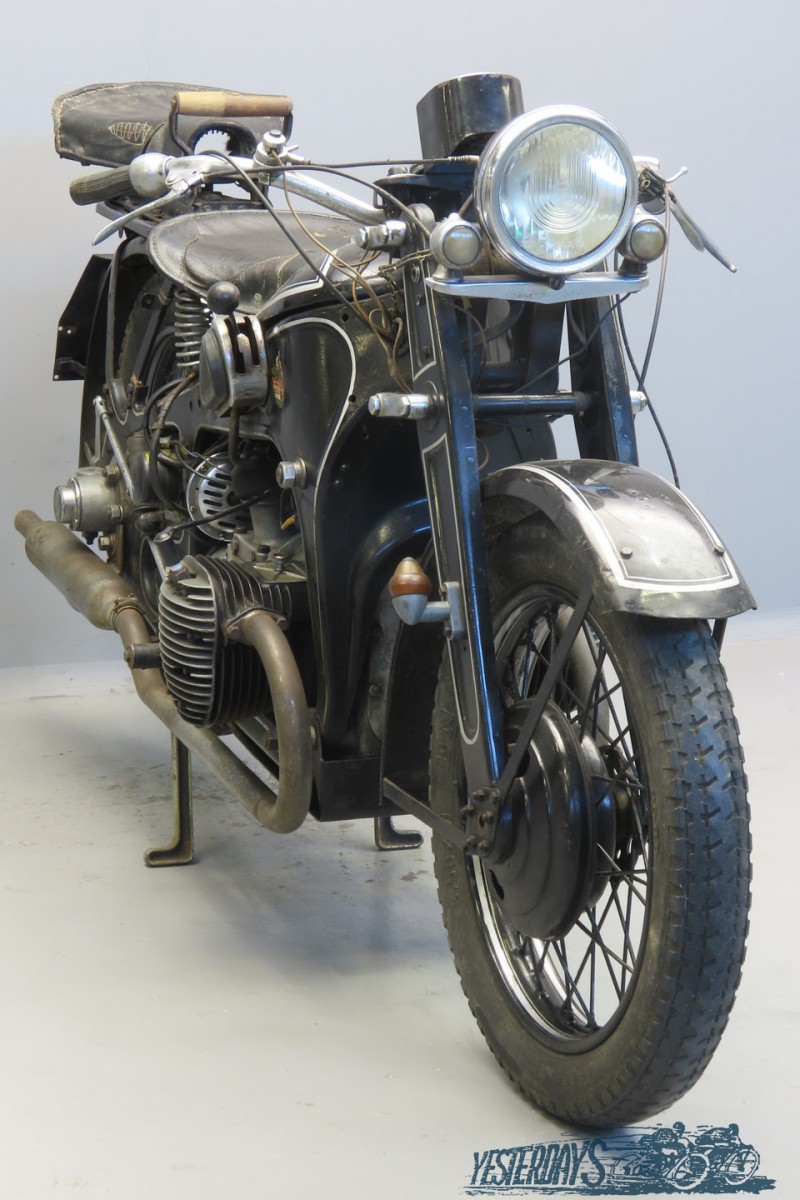 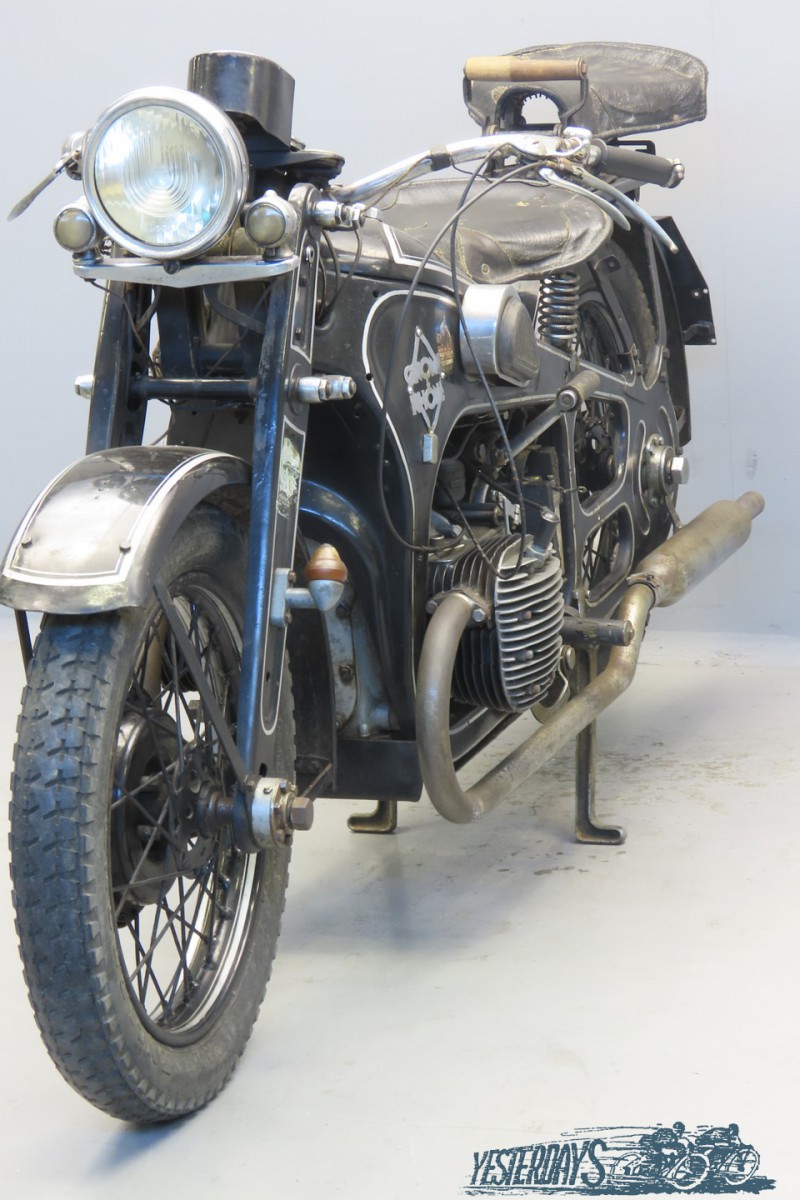 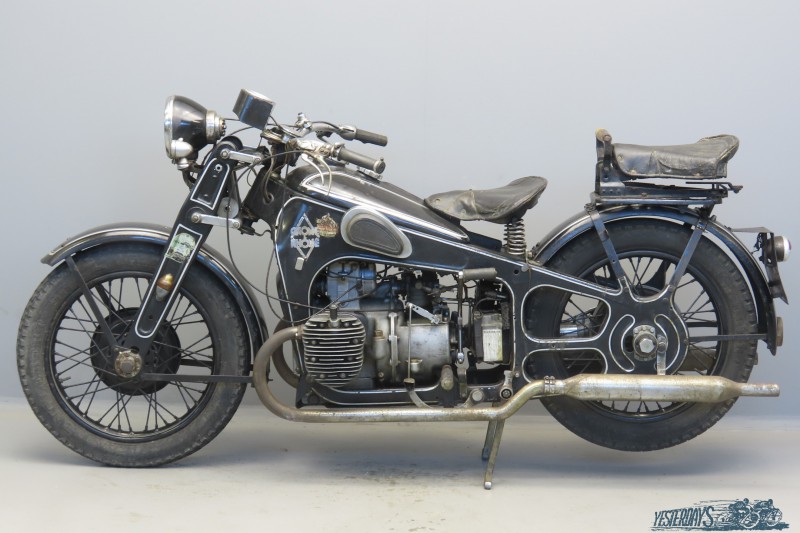 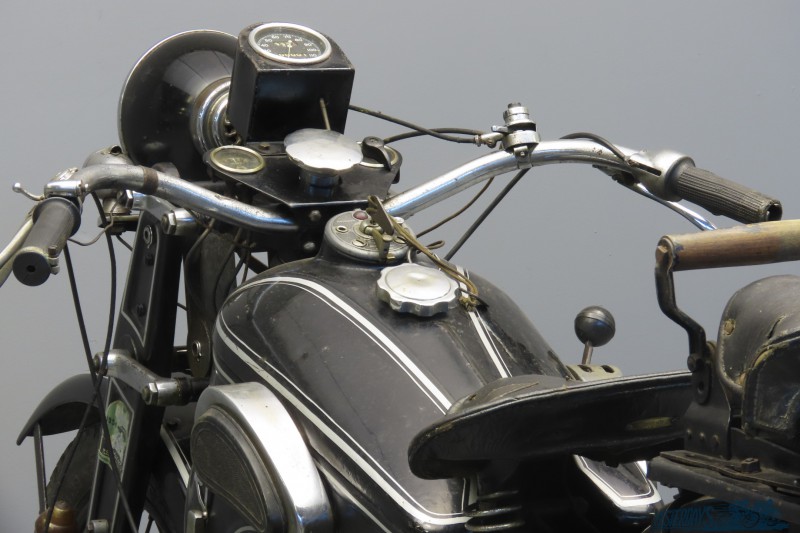 The G&R factory produced airplanes during WW 1. In 1919 a new line of products was found when the company started to build the Bradshaw-designed flat twin ABC motorcycles under licence. From 1923 on the Paris-based factory built machines of their own design, in both side valve and overhead valve configurations.
After the Second World War the factory concentrated on small two strokes, production ended in 1959.
For the 1931 model year a sensational new model was introduced, a transverse 495cc side valve twin with shaft drive and pressed steel frame and forks.
This model “V2” would become the basis of the AX2, an 800cc version with driven sidecar wheel that was specifically designed as a combination for army use.
The AX2 proved its stamina in December 1938 when four sidecar combinations successfully covered the 5300 km from Paris to Dakar.
The 18 HP-output AX2 has bore x stroke dimensions of 80 x 80 mm, a four speed gearbox and shaft drive.
The front forks are sprung by rubber bands and the wheel bearings are placed outside the wheel hubs, an unusual design feature.
Until May 1940 a few thousand combinations were delivered to the French army.
Many were captured by the Germans and were subsequently used by the Wehrmacht. A black and chrome solo version of the AX2 was presented at the 1936 Paris Salon for civilian use, but the machine proved to be too expensive to become a commercial success.
These solo versions did find use with government bodies such as the Gendarmerie.
We think this impressive machine was one of these Police Force units.
The chromium work is probably original, the paintwork has been redone quite some time ago.
The machine spent most of its life in Belgium, as witnessed by several old transfers of “Garage Bellevue” in Kortrijk, Flanders.
A former owner personalized the AX2 as to a number of details: a Bosch headlamp with cable-controlled high/low beam was fitted , the OS speedometer was moved from the tank top to a custom made bracket and a switch panel was installed at the original speedo position.
This AX 2 comes with comfortable “Recreo” pillion seat and will need recommissioning after a long period of storage.