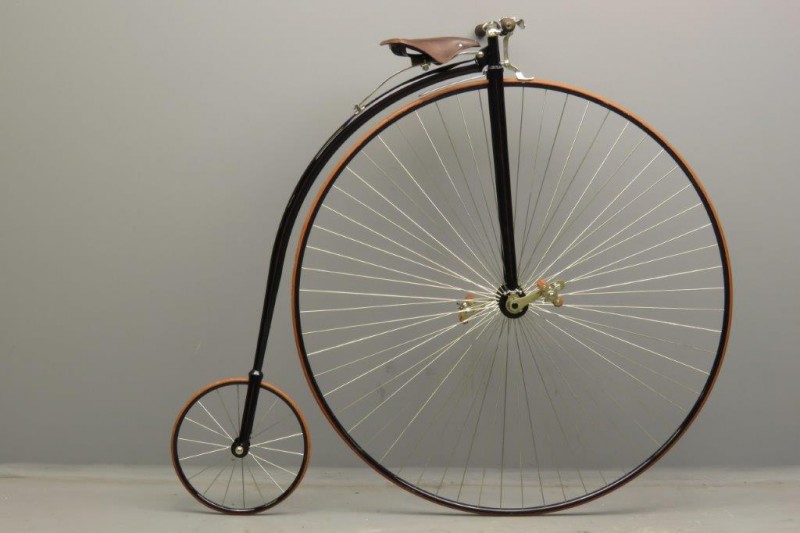 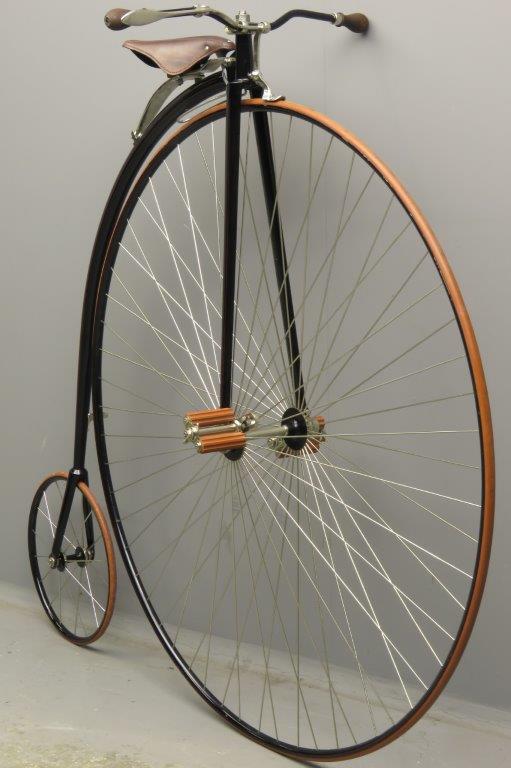 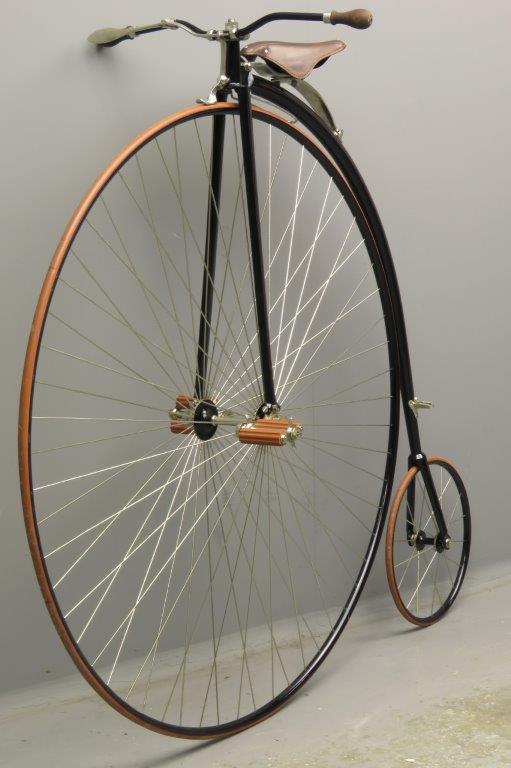 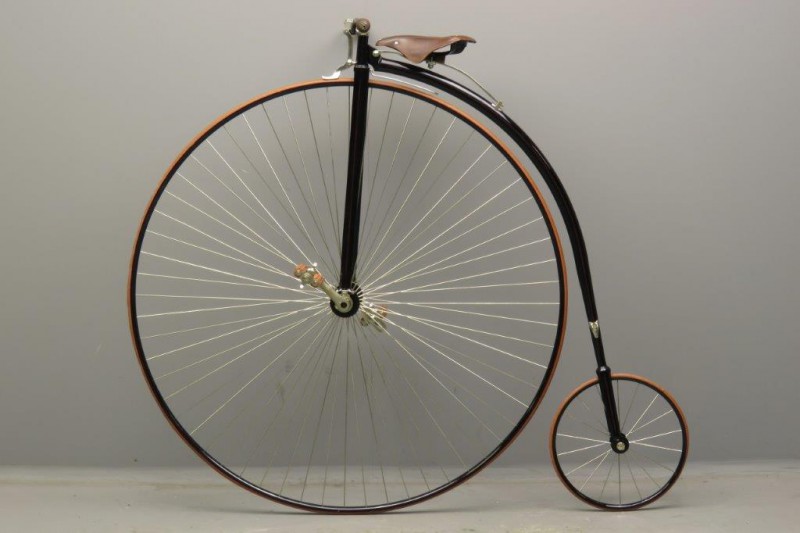 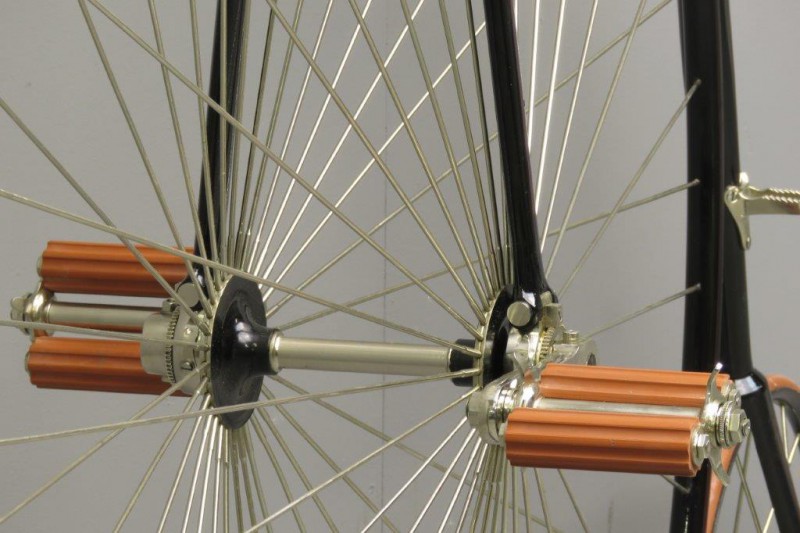 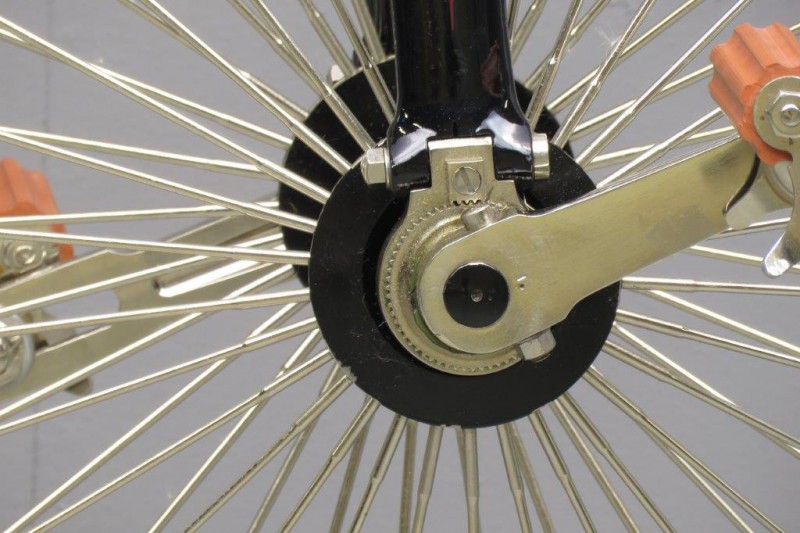 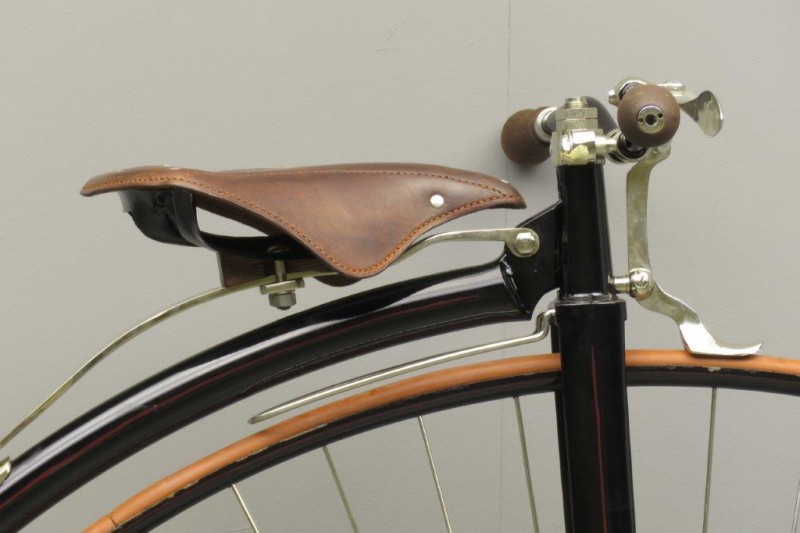 In 1863, Joseph Goldschmidt acquired citizen’s rights in the Bavarian town of Neumark and the concession to run a hardware store.
Joseph and his brother Adolf also made cooking stoves from 1875 and the young company profited from Neumark’s connection to the railway in 1871.
18-year-old Carl Marschütz was apprenticed to Goldschmidt in 1877, but he was less interested in cooking stoves than in the latest method of “velocipede riding”.
The Nuremberg mechanic Eduard Pirzer also joined the company and together they founded the “Velociped factory Goldschmidt and Pirzer” to produce Ordinary bicycles along British lines.
The company flourished from the beginning. Already in 1887, 2000 bicycles had been manufactured and the workforce had grown from six to 120 workers.
The company was well-known for its quality machines.
This well-made replica has a 52 inch driving wheel and a 16 inch trailing wheel.