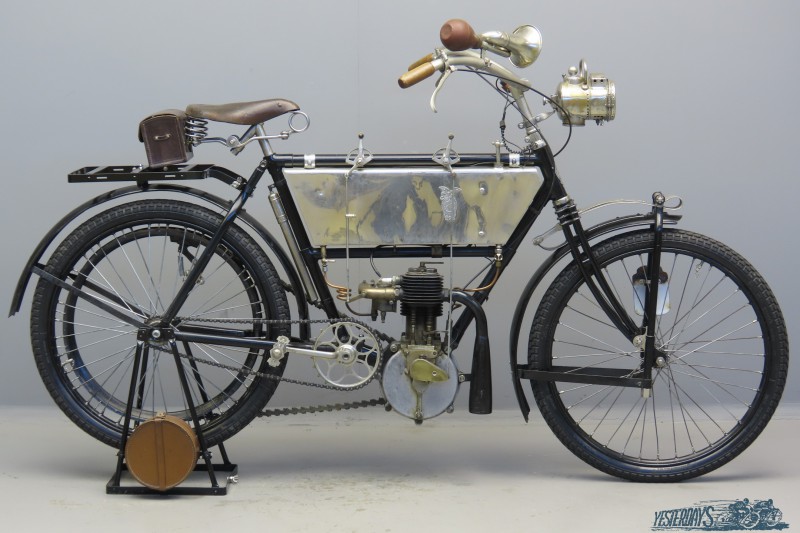 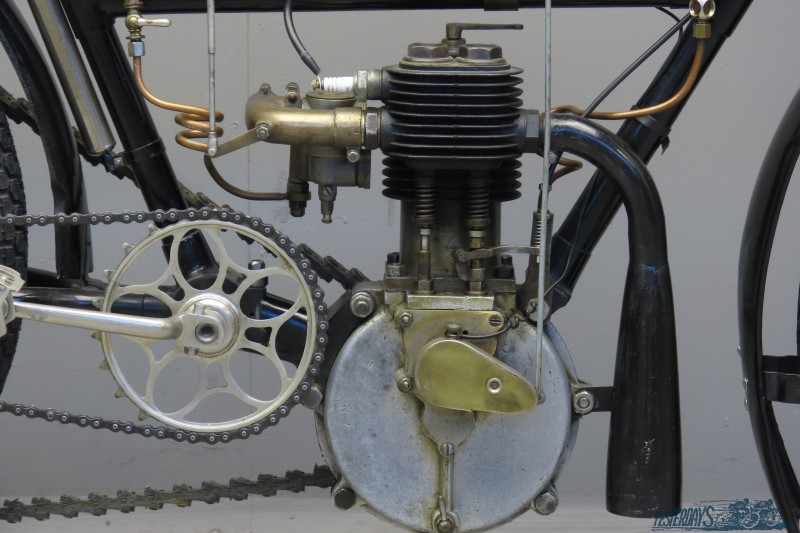 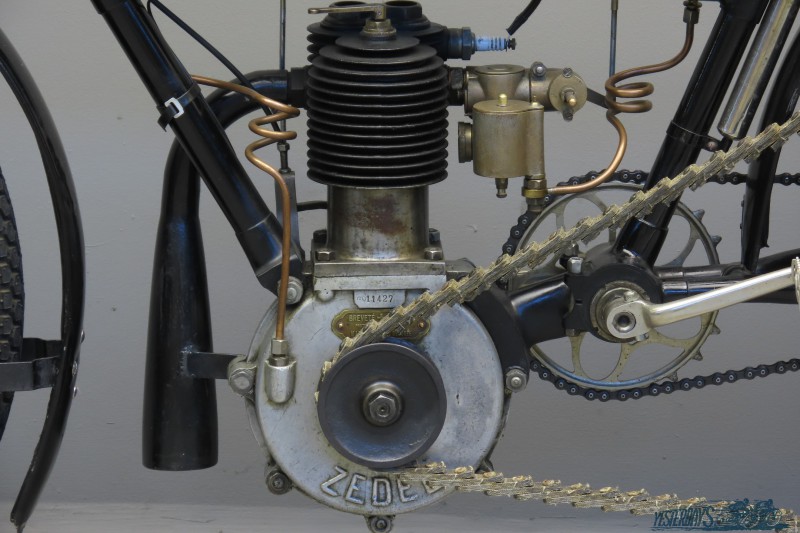 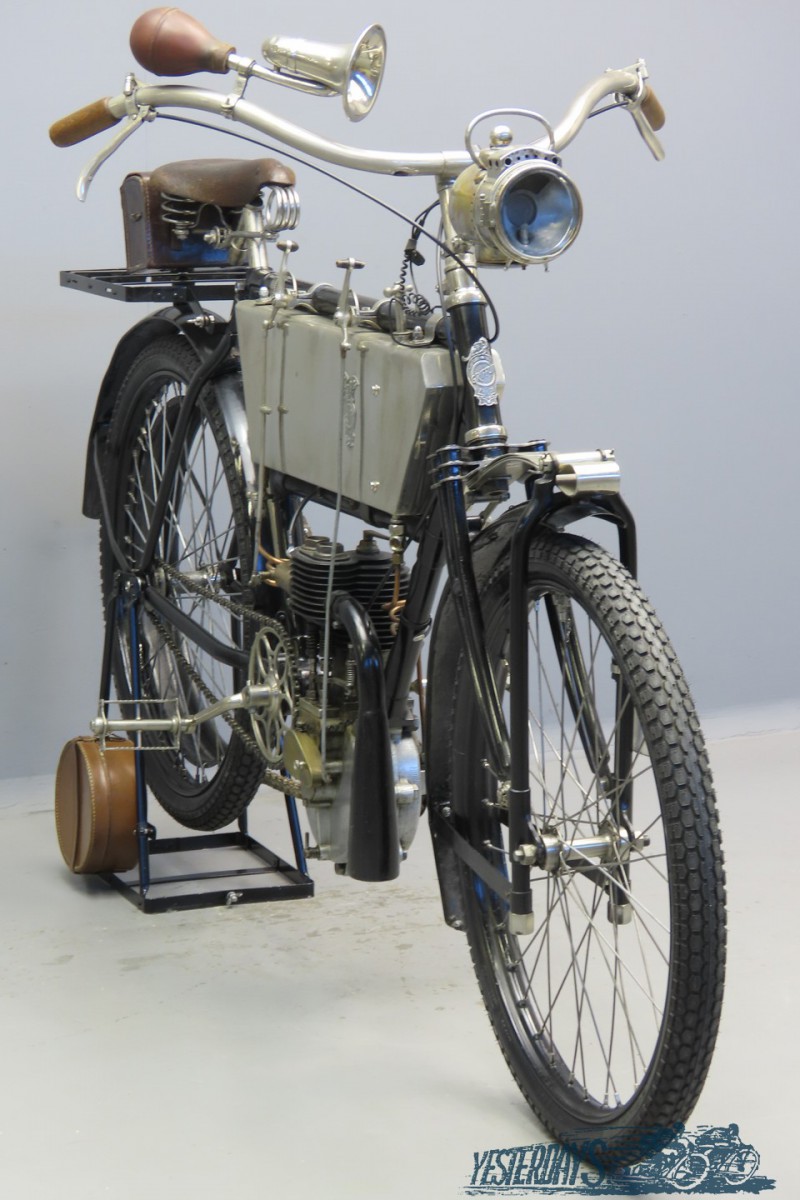 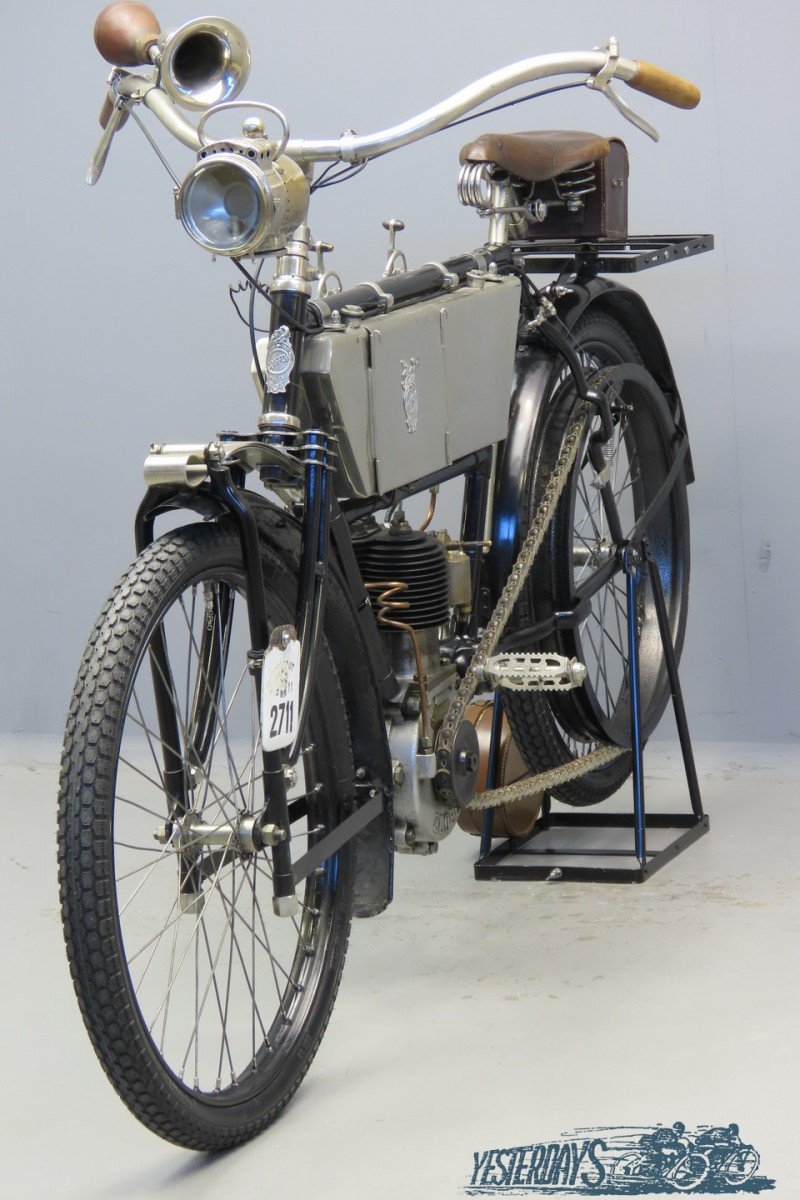 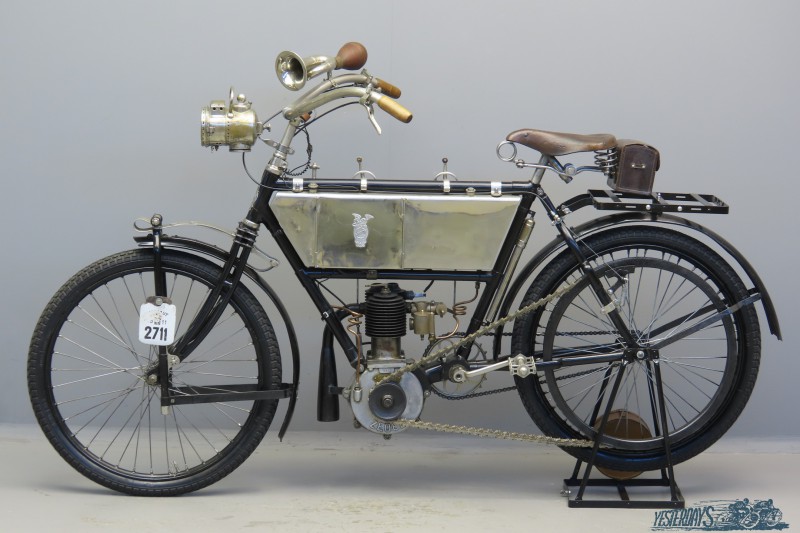 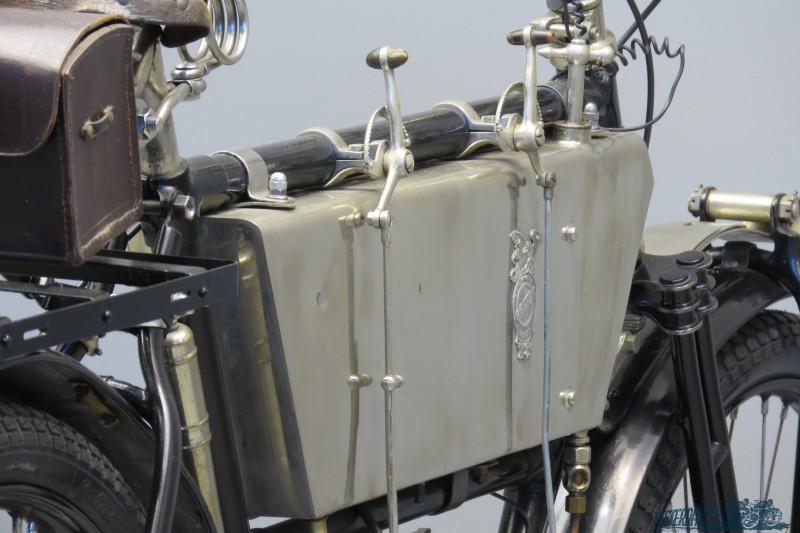 Griffon is one of the oldest French makes: it was founded as a bicycle company and motorcycle production started in 1902.
The factory was situated at the Rue Louis-Blanc in Courbevoie, Paris and for many years this make was in the foreground of French motorcycle manufacture.
The firm was established in 1898 by Eugène Peugeot who had fallen out with his cousin Armand.
The word “Griffon” translates as “Griffin”, the mythical animal typically having the head, forepart, and wings of an eagle and the body, hind legs, and tail of a lion.
An interesting hint of Armand to his Peugeot family members it would seem…
After Eugene’s death in 1907 the family relations became better and Griffon even used Peugeot engines in its late veteran period models.
In the nineteen twenties Griffon was absorbed completely by the giant Peugeot conglomerate.
Griffon was very active in racing in the years before 1910 and their famous racing men Lamberjack and Demeester won many victories on Griffon-Zédels.
In the early years Griffon machines were relatively expensive because of the import duties on the Swiss Zédel engines; from 1906 they were made in a new factory in Pontarlier, France and became less expensive.
The 1905 range consisted of single cylinder models in capacities of 353 and 475 cc and v-twins in capacities of 493 and 706 cc.
All models could be had with rigid front forks, Simplex suspension forks or Griffons own suspension system and there was a choice between coil and magneto ignition.
Bore and stroke of the 2¾ HP Zédel engine are 67×70 mm.
The tank holds 6 litres of petrol and one and a halve litres of oil and the machine weighs a mere 58 kg.
This 1905 specimen is fitted with Simplex suspension forks, coil ignition and Zédel’s own carburettor, controlled by a lever on the tank top frame tube.
Another lever controls the ignition advance and retard.
This well constructed and detailed veteran is fitted with period accessories such as elaborate acetylene front light, bulb horn, leather spare belt case, tyre pump, 1911 Belgian tax plate and tool case behind the saddle.
The machine has been restored  some years ago and is a good runner.