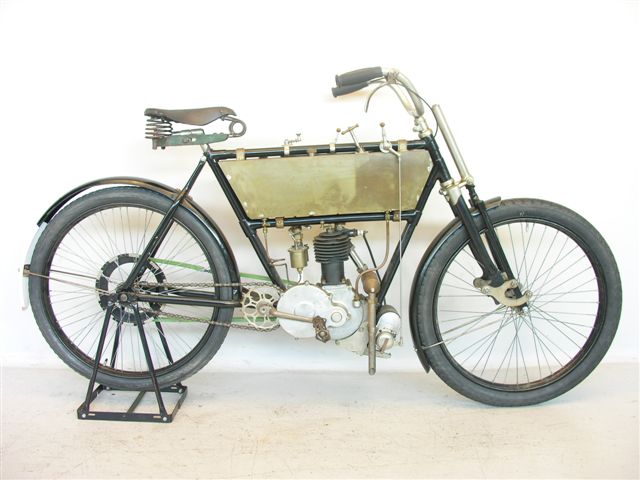 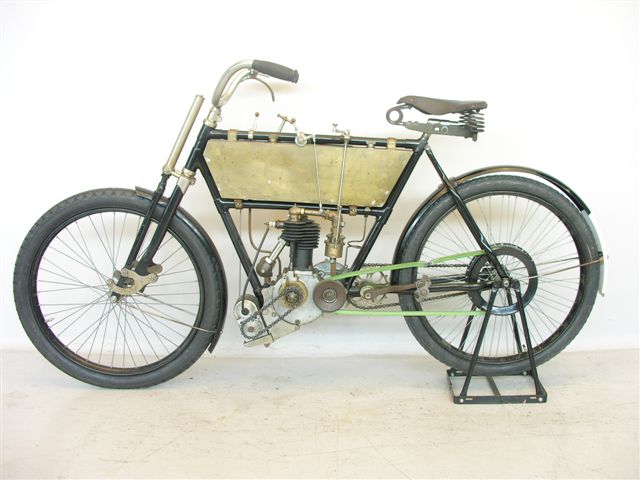 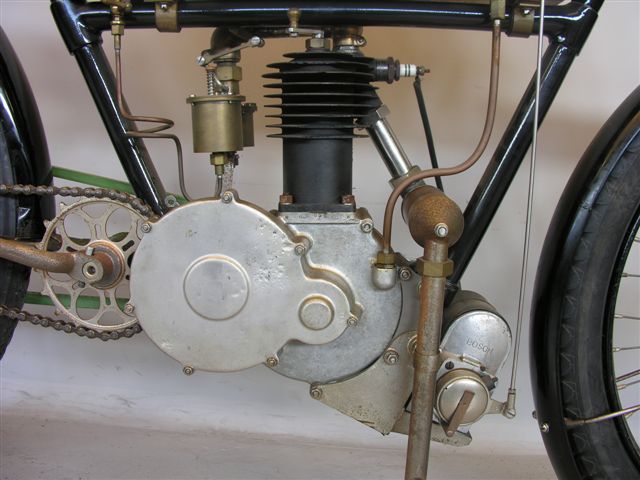 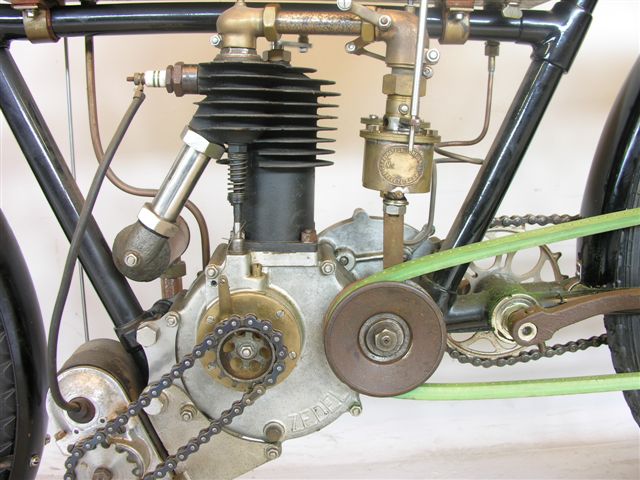 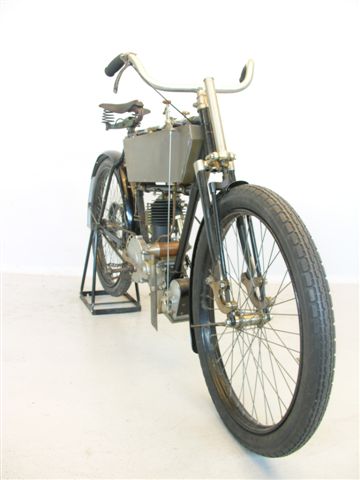 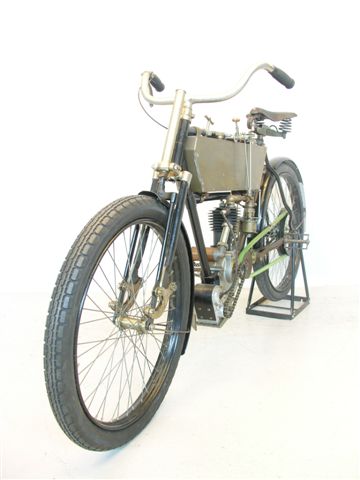 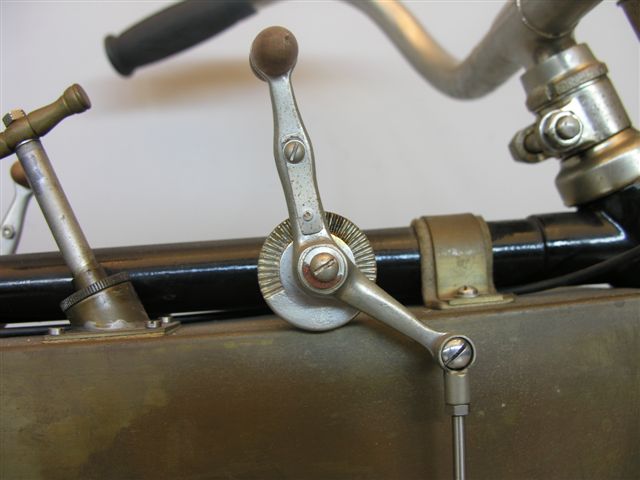 Griffon is one of the oldest French makes: motorcycle production started in 1902.
The factory was situated in Courbevois, Paris and for many years this make was in the foreground  of French motorcycle manufacture.
In the nineteen twenties Griffon was taken over by the giant firm of Peugeot.
The little Zédel engine (64×68)  in this machine is unusual in that it has a so-called “ démultiplicateur”, a reduction gear which reduces the engine revolutions to a quarter of  the crankshaft speed.
The  catalogue sums up the advantages of the system: lower belt speed and consequently less belt slip, so more efficiency of the engine.
A second important feature is that the radial force that the pulling belt normally exerts on the crankshaft is taken up much better by the reduction gear pulley, so again a reduction in friction.
The factory claims a running speed of about 35 km/h, at which speed the engine turns at a healthy 2000 rpm.
The  usual  coil ignition has been updated to a reliable Bosch magneto system.
This charming little veteran is an older restoration.