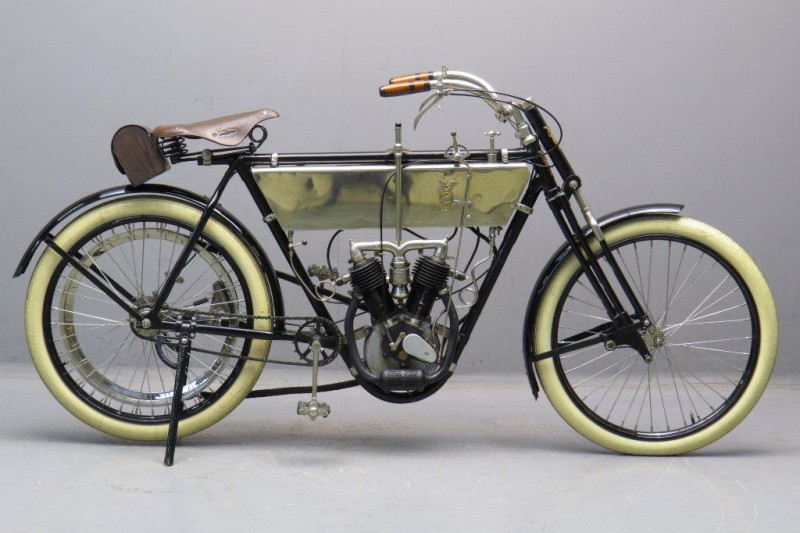 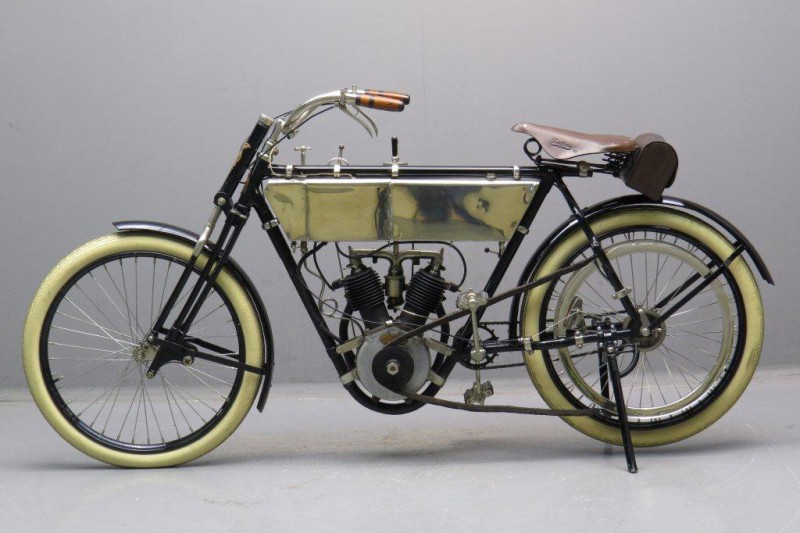 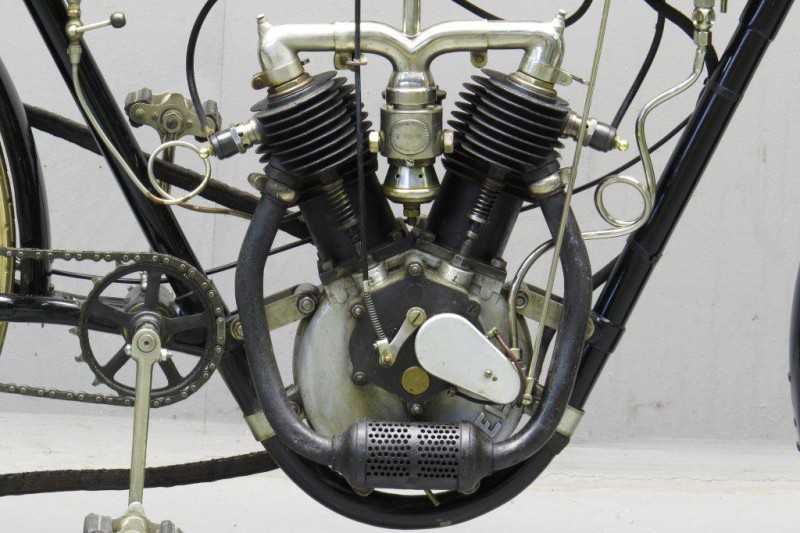 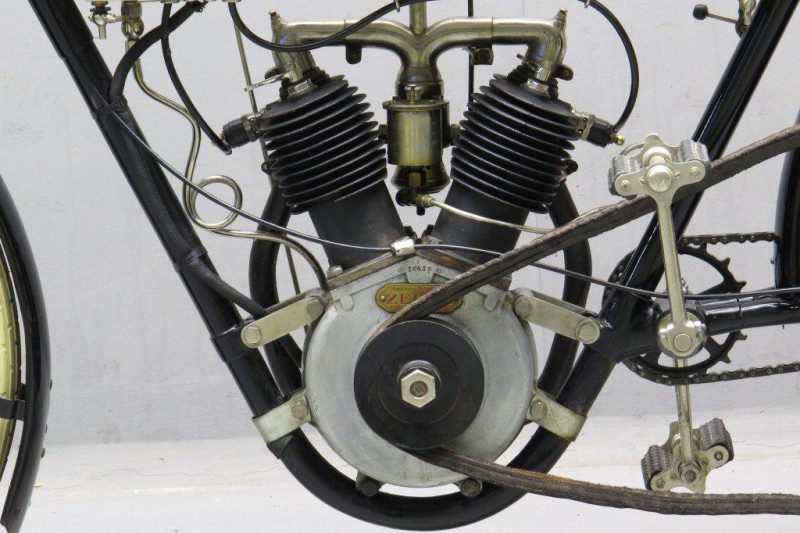 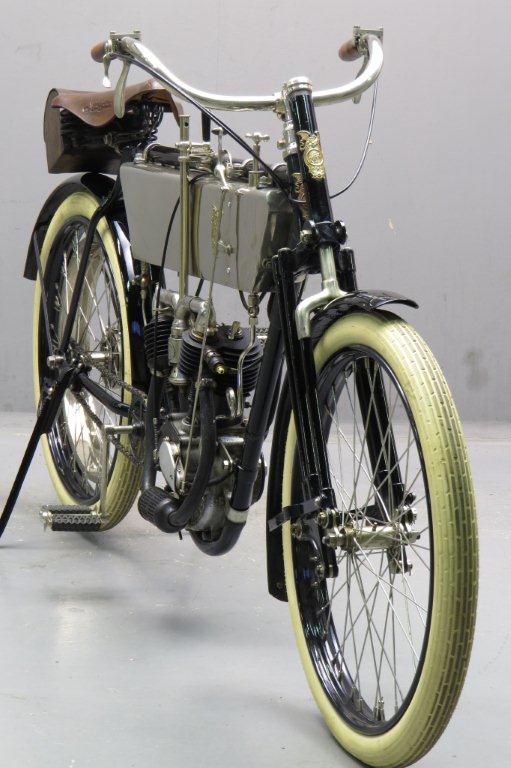 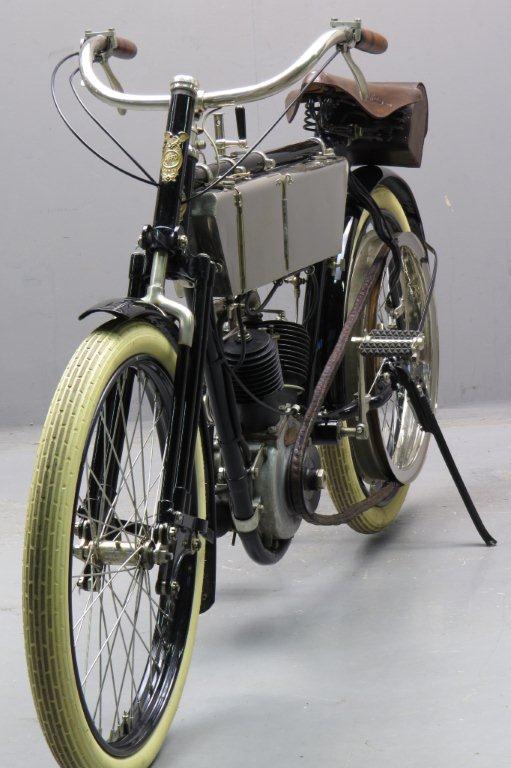 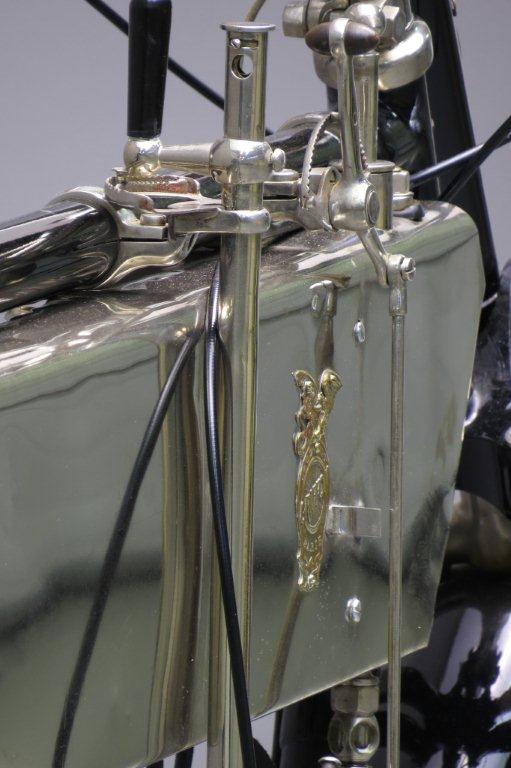 Griffon is one of the oldest French makes:  it was founded as   a bicycle company and motorcycle production started in 1902.
The factory was situated at the Rue Louis-Blanc  in Courbevoie, Paris and for many years this make was in the foreground  of French motorcycle manufacture. In the nineteen twenties Griffon was taken over by the giant firm of Peugeot. Bore and stroke of the Zédel engine are 67×70  mm.
The tank holds 6 litres of petrol and one  and a halve litres of oil and the machine weighs a mere 58 kg.
Unsprung front forks are standard,    this machine is equipped with the optional Griffon spring forks.
This  early veteran machine  has been immaculately restored and comes complete with Pioneer Certificate.
This  machine has an interesting history, as related in the spring 2013 magazine of the Antique Motorcycle Club of America.
It was purchased around 1907 by an American living in France and when he returned to the States he took the machine with him.
The owner died in 1910 and the motorcycle was parked in a barn till 1920, when the new owners of the property gave the Griffon to a 12 year old boy, Bob Scribner.
He  stored the machine for the next 75 years but never started it.
Then a veteran motorcycle enthusiast invested a full year to  try and persuade  Scribner to sell  him the machine, that  subsequently was
restored to its present pristine condition.