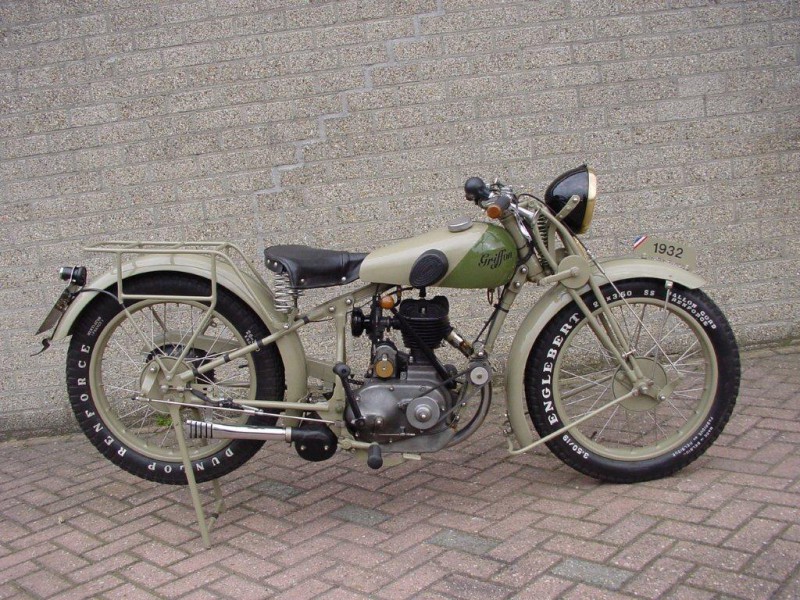 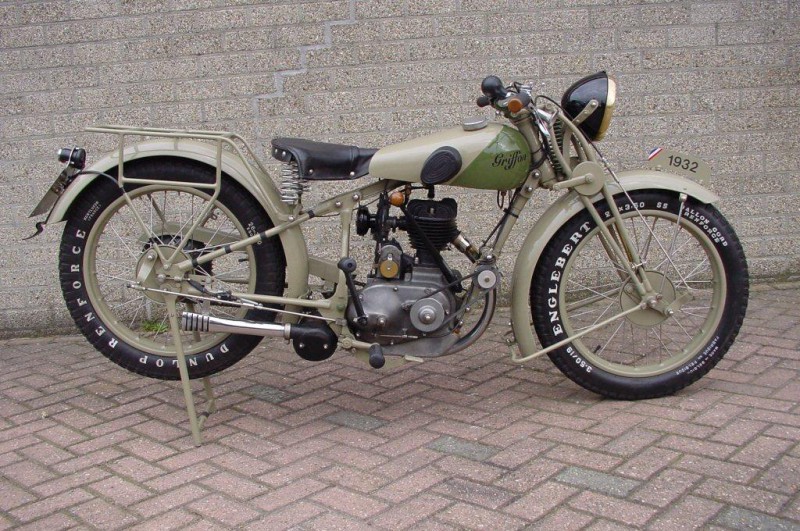 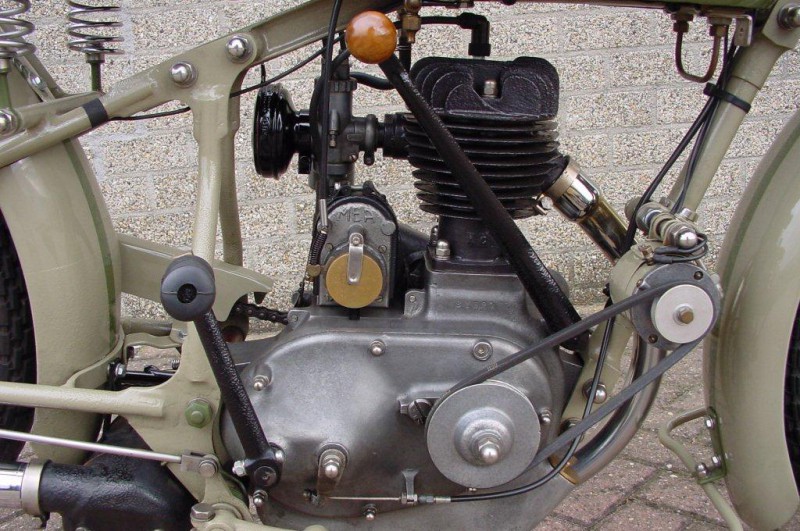 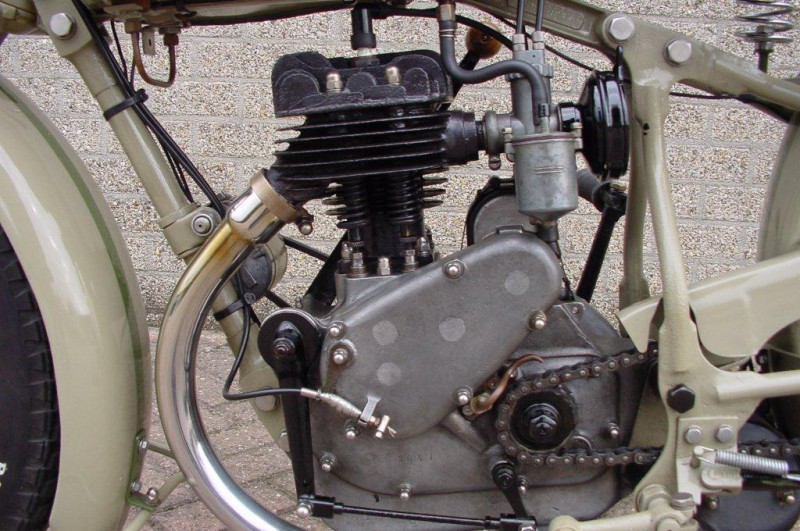 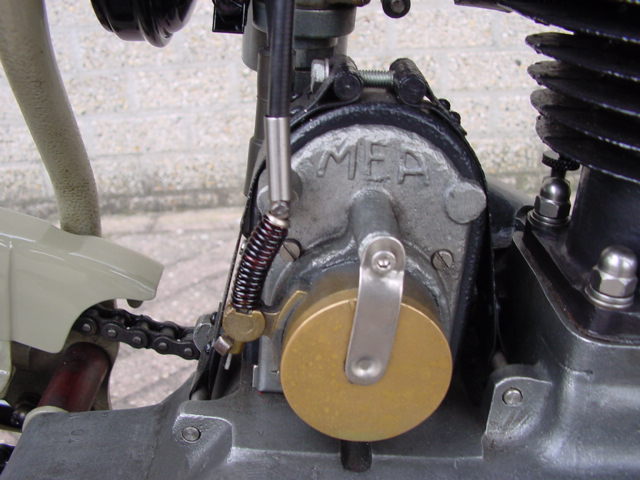 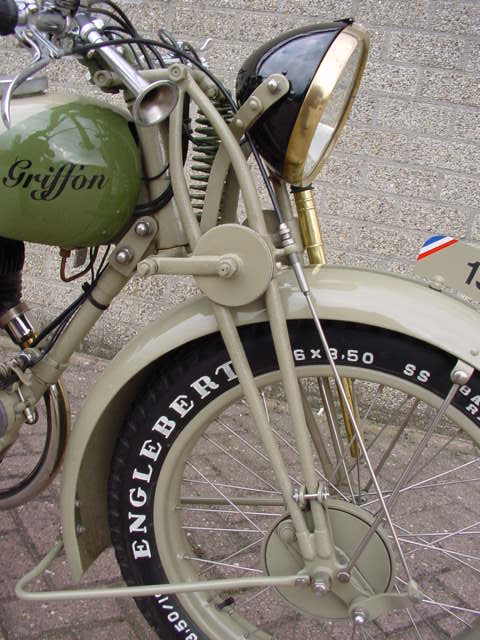 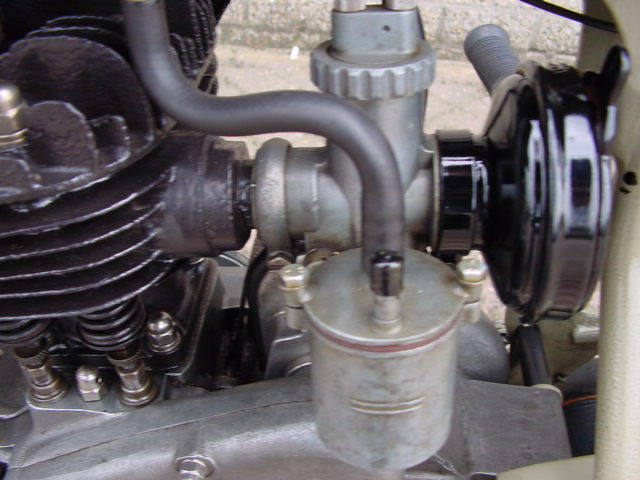 Griffon is one of the oldest French makes; motorcycles were built as early as 1902. At first Z.L. ( Zédel) power sources were used, next to engines from Moser and Laurin&Klement.
In the early years Griffons were very succesful in races. In the second half of the twenties the make was taken over by  Peugeot.
Although this machine is virtually identical to the Peugeot P 108, some differences can be spotted, for example the place of the gear shirt lever and the type of dynamo.
This nicely coloured  machine is well restored.