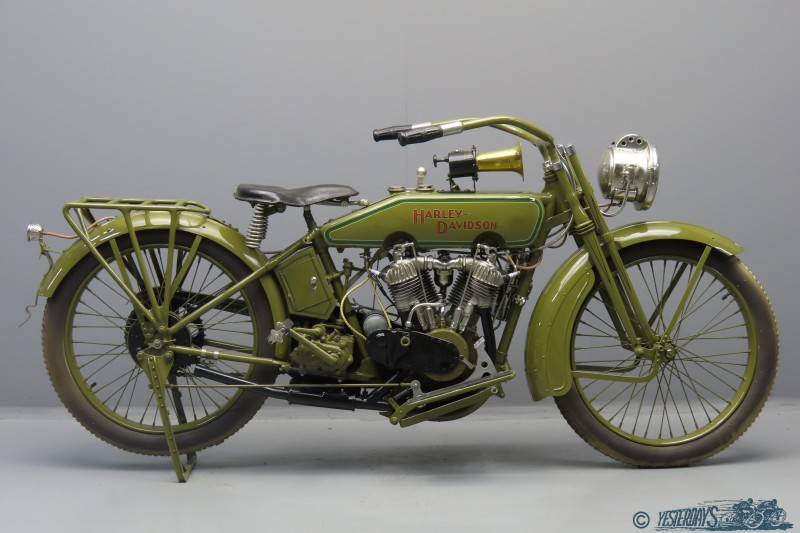 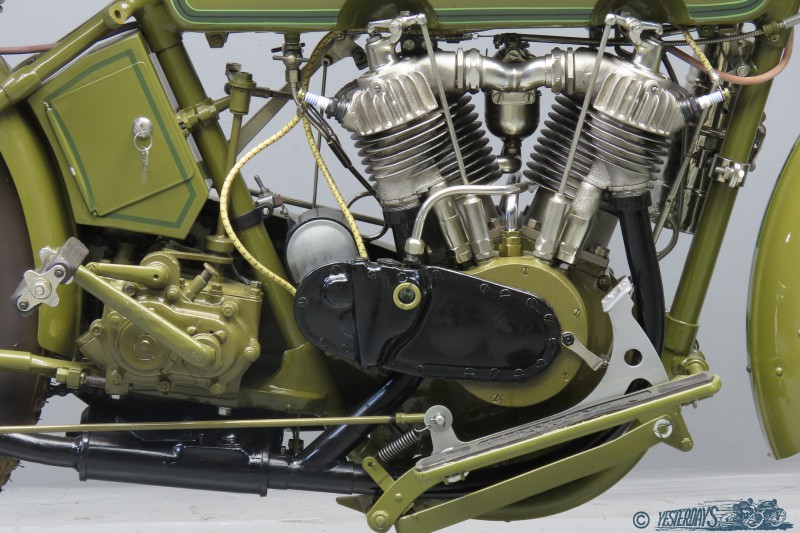 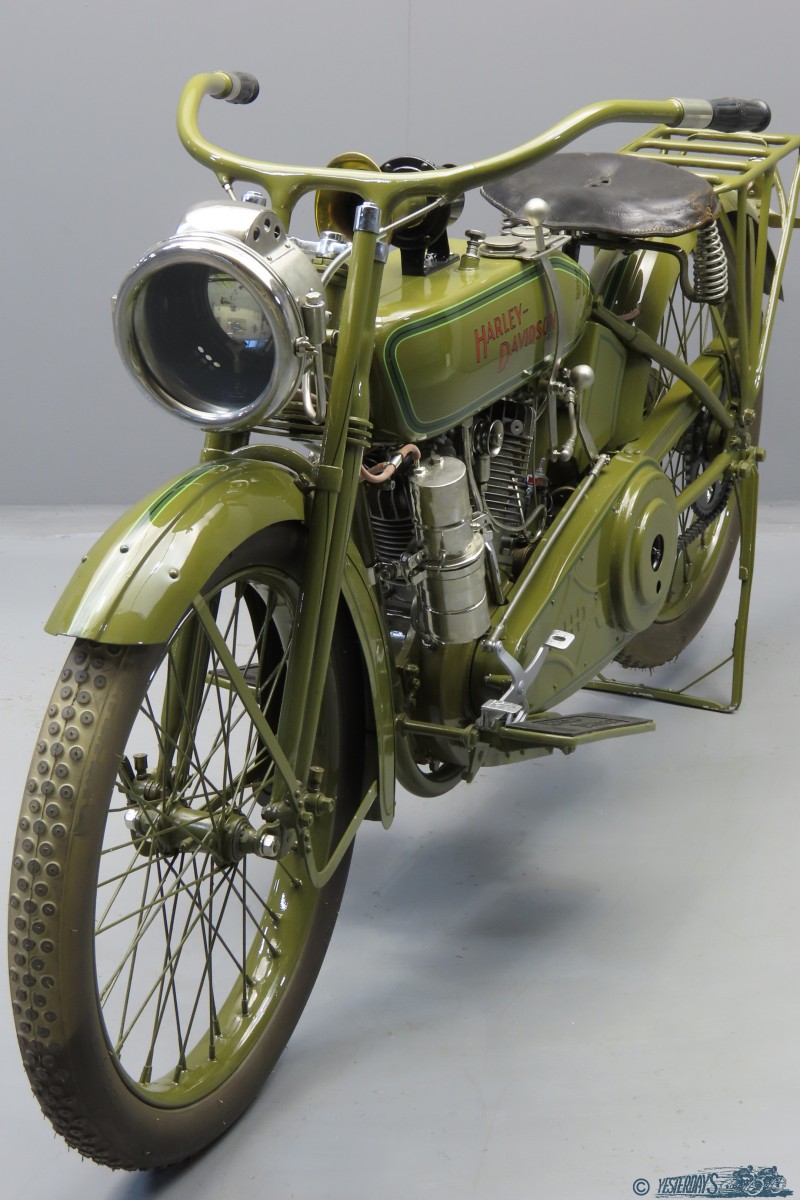 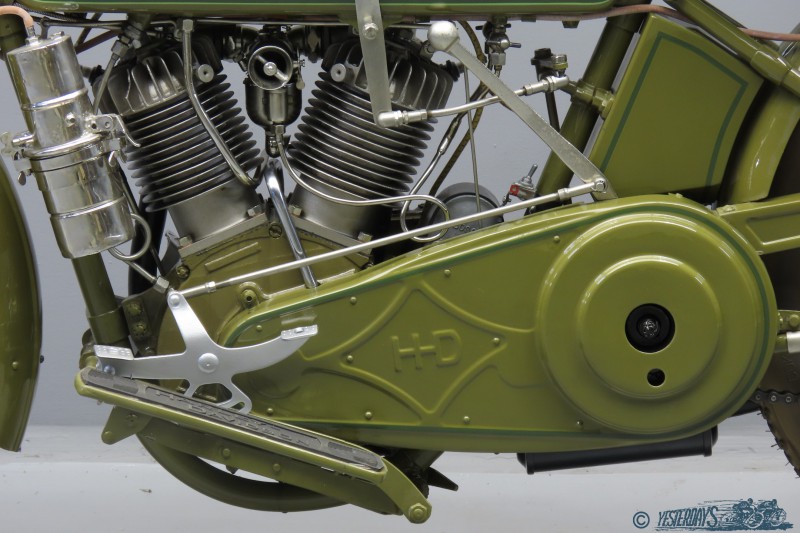 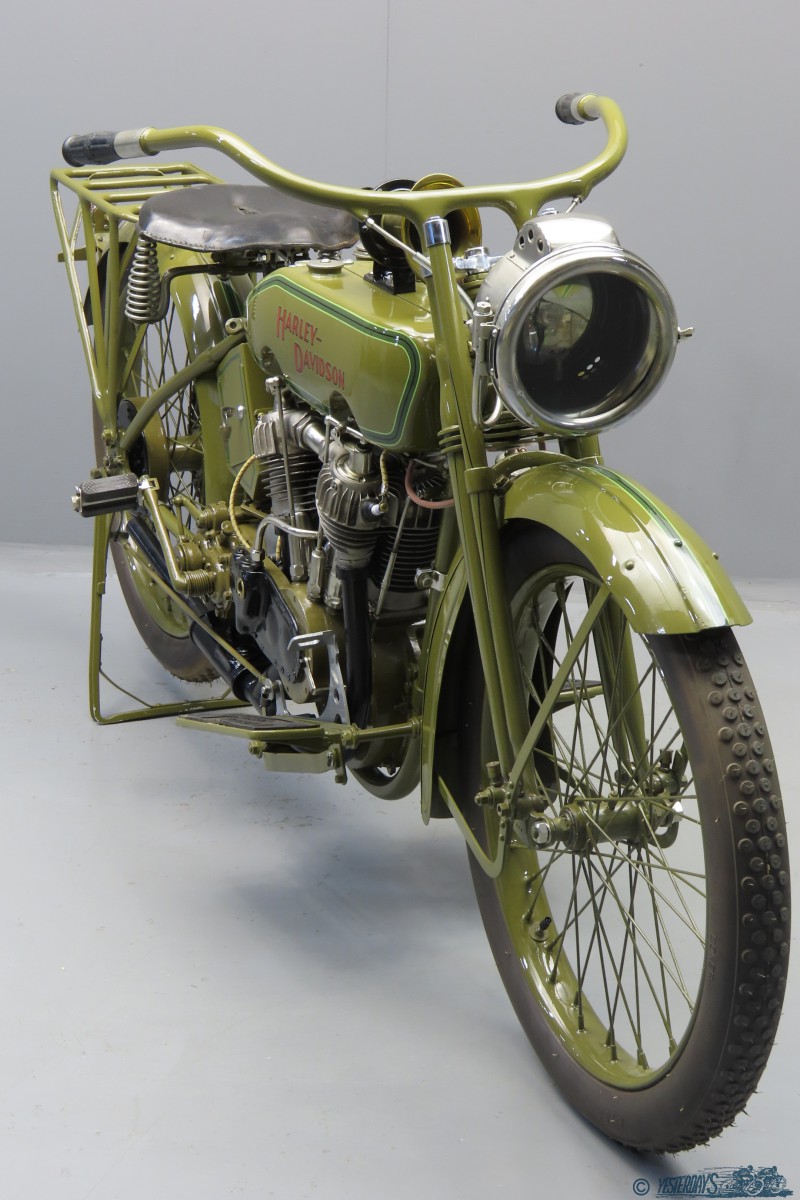 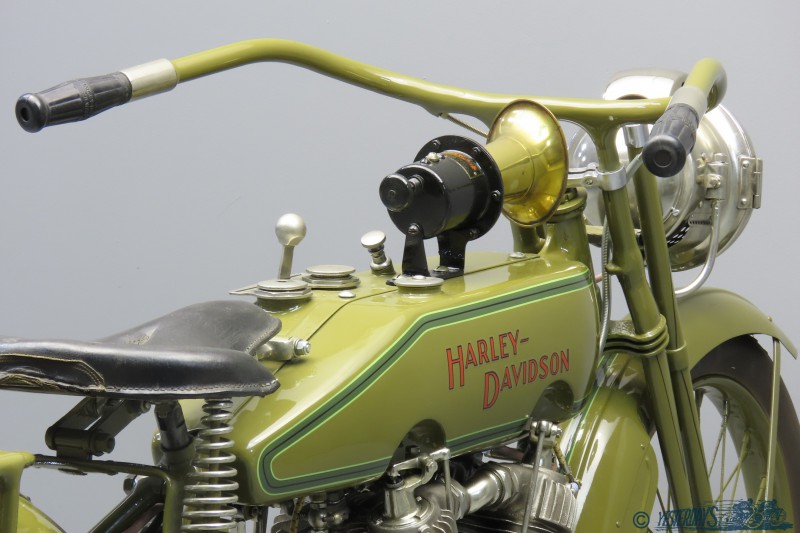 In 1913, after some years of development, the sturdy and reliable 989cc IOE engine became standard for years to come. From 1915 a three speed countershaft gearbox was fitted and in 1917, the first year of war for the U.S., olive green became the standard colour for all Harley Davidson machines. The twin could be ordered with magneto ignition (“F”) or battery and coil ignition (“J”). Changes to the valve gear led to extended valve overlap, resulting in significantly more power. The output now was 15hp @ 3,200rpm giving a top speed of 100 km/hour. Compression ratio was relatively low at 3.75:1 and the unladen weight was 150 kgs. 1919 production amounted to 5064 “F” models and 9941 “J” machines (source: “Harley Davidson, all the Motorcycles 1903-1983” by Matthias Gerst). The 1919 machines differed only slightly from their 1918 predecessors, according to a description of the new Harleys in The Motor Cycle of April 17, 1919. Some new features were wider hub flanges and heavier spokes in the rear wheel and an improved lubrication system to the overhead inlet valve rockers. Their spindles were now lubricated through a passage filled with felt; oil was supplied from a small container at the end of the rocker spindle.
The machine on offer has been part of a private collection for many years. She comes with tank top mounted Claxon horn and acetylene lighting system. A good check-over of all vital functions is advisable because of the long time she hasn’t been run.