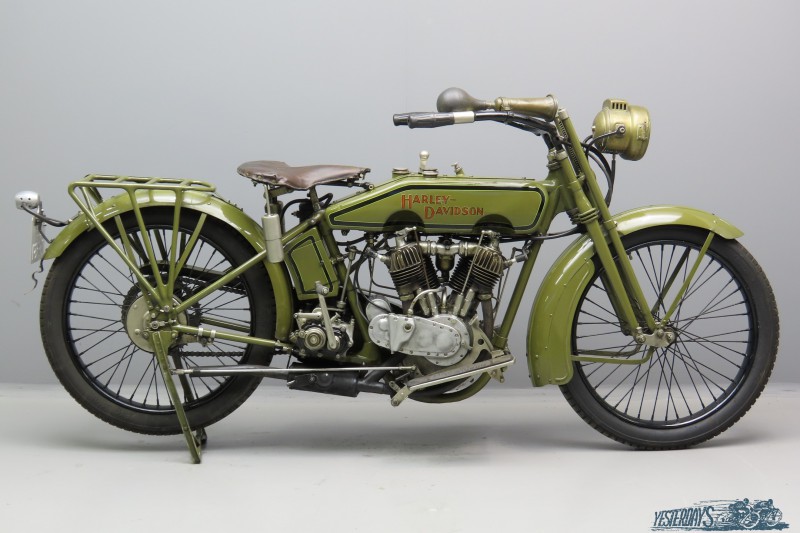 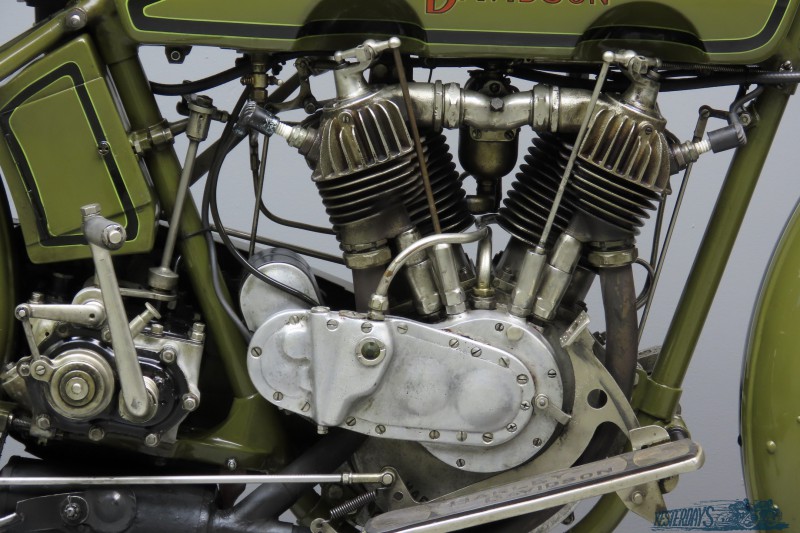 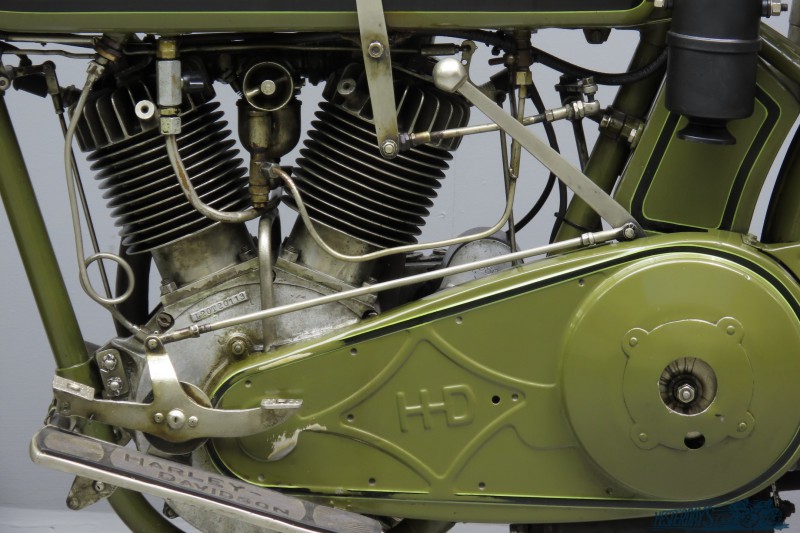 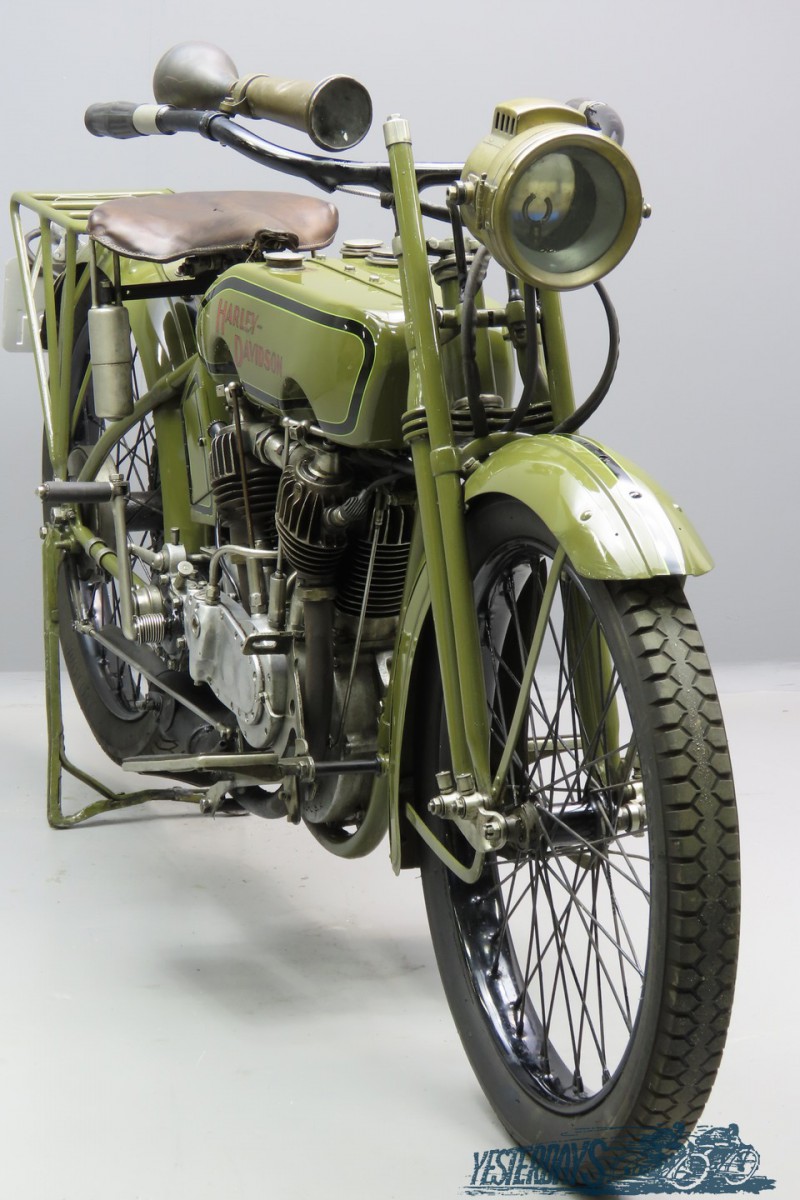 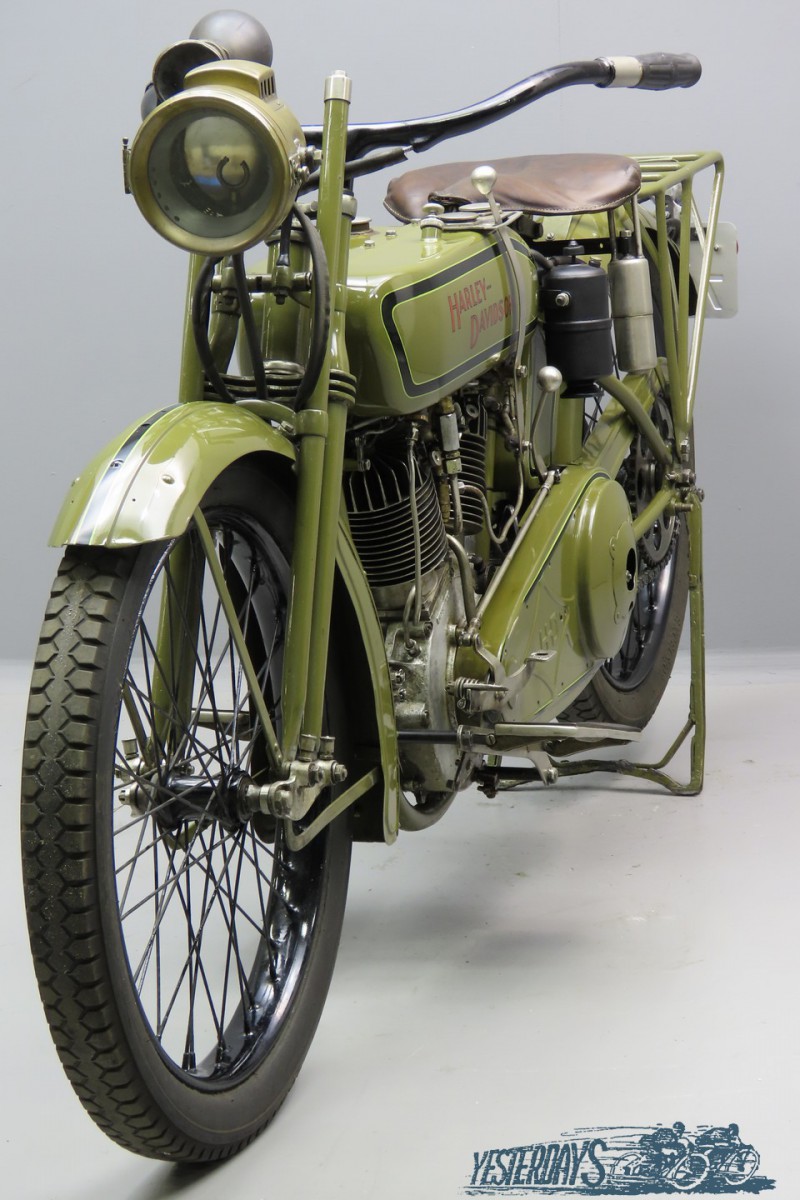 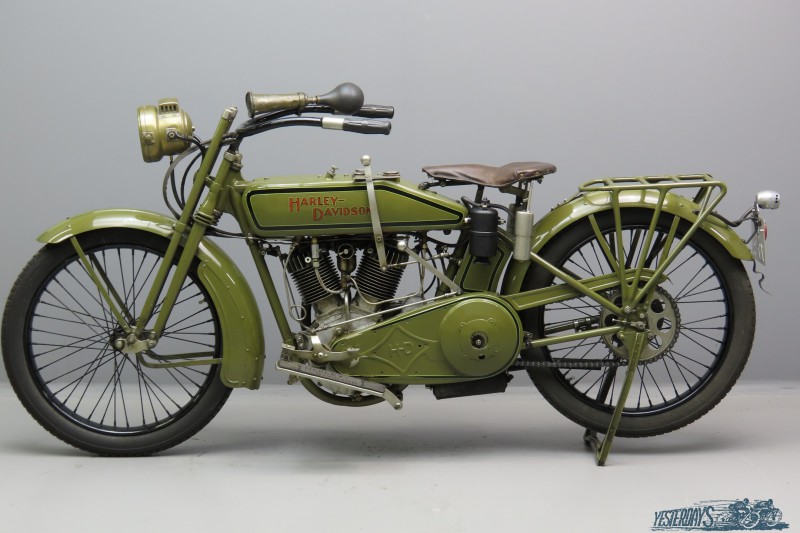 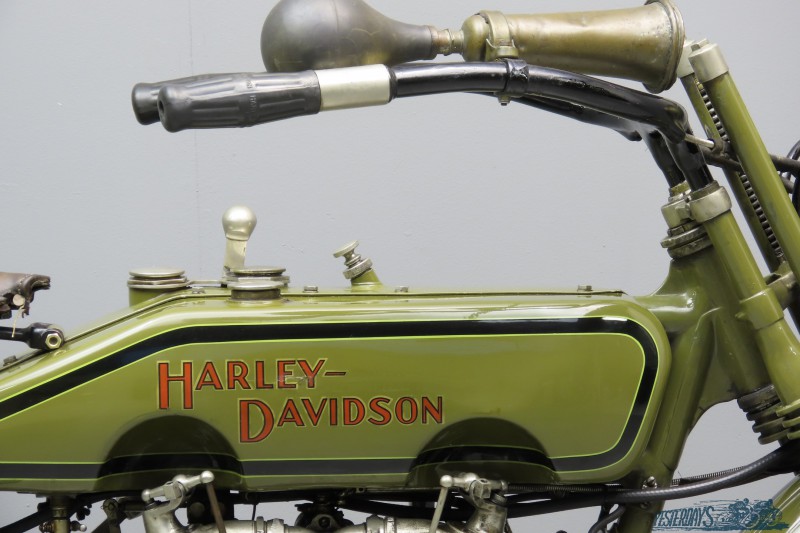 In April 1920 the new Juneau Avenue factory building was completed; this made H-D the largest motorcycle factory in the world with 2,400 employees and established dealerships in 67 countries. There were 50,000 subscribers to “The Enthusiast” magazine.
Harley-Davidsons were fast becoming famous for their power, comfort and reliability: more than 7,500 Model Fs and more than 14,000 Model Js would be delivered to customers during 1920. The engine delivered 17 HP @ approx. 3,200 rpm. The OHV inlet, side valve exhaust concept was used till 1930, when HD chose the full side valve engine concept.
The 1920 catalogue gives some excellent arguments why one should choose a Harley-Davidson: ”Enthusiastic Harley-Davidson riders have often pointed out that it actually costs less to ride a Harley-Davidson than to walk.
Considering the present cost of shoes, whether one figures his time worth anything at all or not, there is little doubt but that is true.
But in figuring the cost of driving a Harley-Davidson one should consider many things.
For instance, is it worth something to a man to be able to reach his work on a motorcycle in 15 minutes when it takes three or four times as long by a street car, and often longer if he walks.
It means he can leave home later in the morning and reach home earlier in the evening.
Often it means he can have a hot meal home at noon instead of the cold lunch he has been used to.” This was written 100 years ago but these arguments still seem pretty strong we’d say…
The machine we offer here is an older restoration that comes with acetylene lighting system, bulb horn and current registration.